I was introduced to this newly opened cafe not long ago, in which their soft opening falls on the middle of December. Sweet Time in Sugar Honey or known as Sugar Honey for short, is located right next to the very famous Moustache Houze at Campbell Street. As the name of the cafe would imply, the quaint little cafe serves mainly desserts, with a medley range of mains, savory desserts as well as some snacks/ nibbles.The cafe has lovely and cozy ambiance to spend some time with your loved ones; service was genuine but after considering all the factors as a whole, the cafe is worth for a second visit but probably more for novelty than absolute taste. 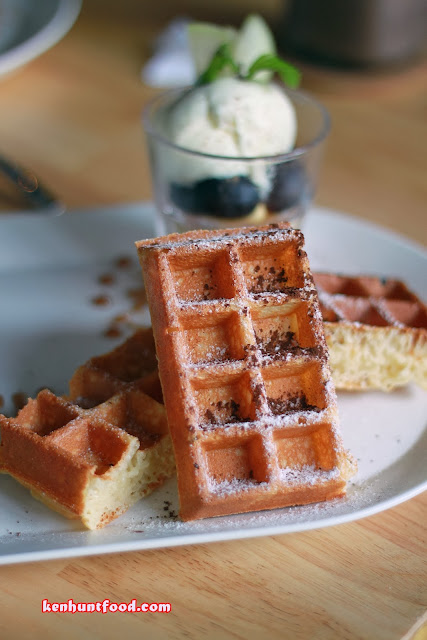 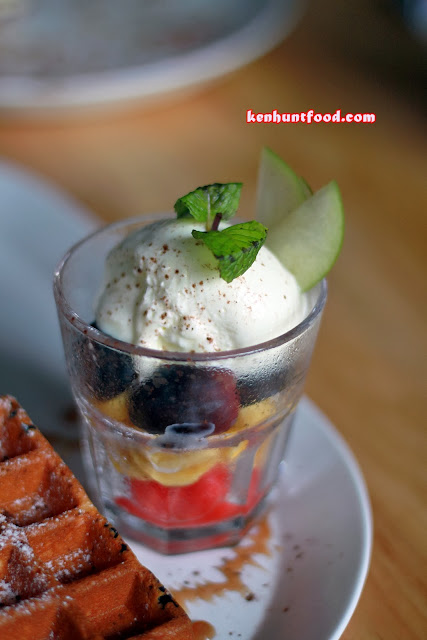 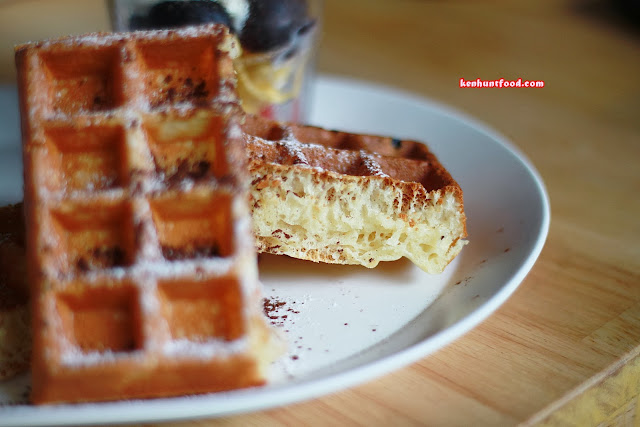 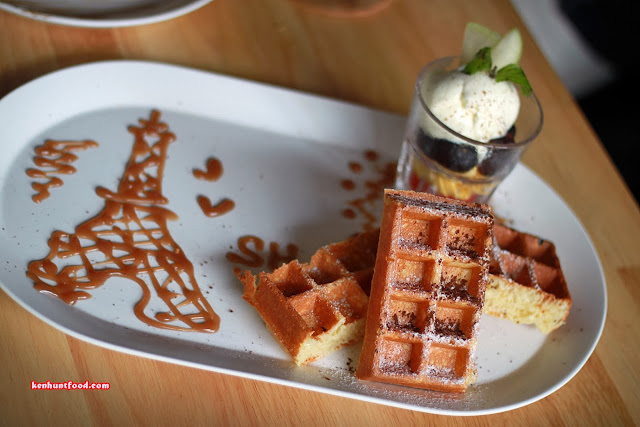 One of their signature dishes- Waffles. We wished to order their savory Waffles (Smoked Salmon Waffles) but were told that they were not available as they have yet to come out with a better recipe to complement with the savory Waffles which makes me wondering why were the savory Waffles being listed in their menu since they were not able to offer them to the customers? With no options left, I had to go for their Sugar Honey Waffles (Rm 14.90) served with Fresh Fruits (Watermelon, Banana and Grapes) topped with a scoop of Vanilla Ice Cream and dressed with Butter Caramel.

The Waffles were crisp on the edges but not fluffy inside. The Vanilla Ice Cream, on the other hand, was not chilled enough and was in half-melting state when the dish was served. It was indeed a brilliant combination to have Vanilla Ice Cream served with a warm yet crisp Waffles but I do not seem to agree on the use of their selection of fresh fruits, particularly Watermelon; the combination between Watermelon and Waffles seem to lack of the synergy and I would personally prefer some other options. Overall, I thought this dish was just a mediocre, also, I thought the flavor and taste of the Waffles were rather predictable and given a choice, I'd prefer their Liege Waffles over these ordinary ones. 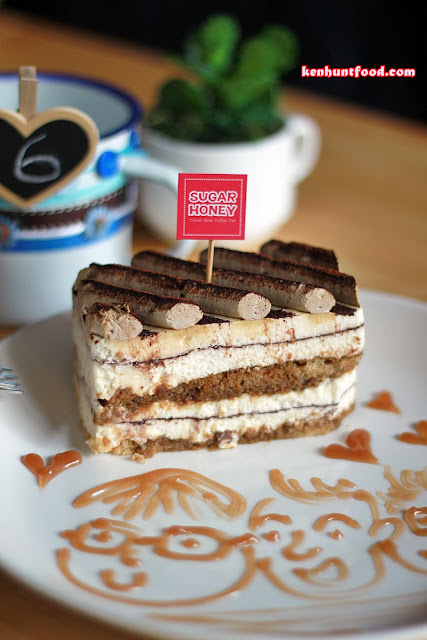 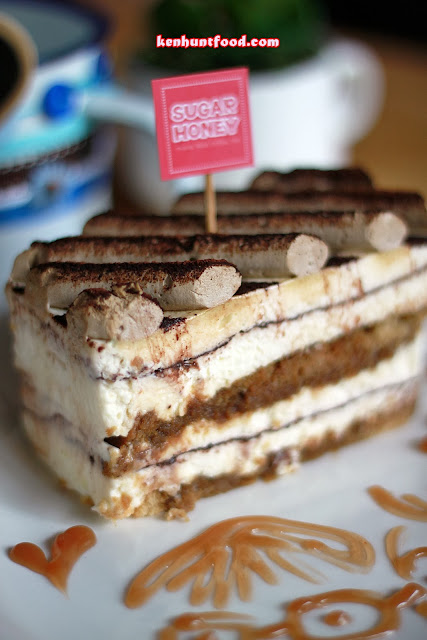 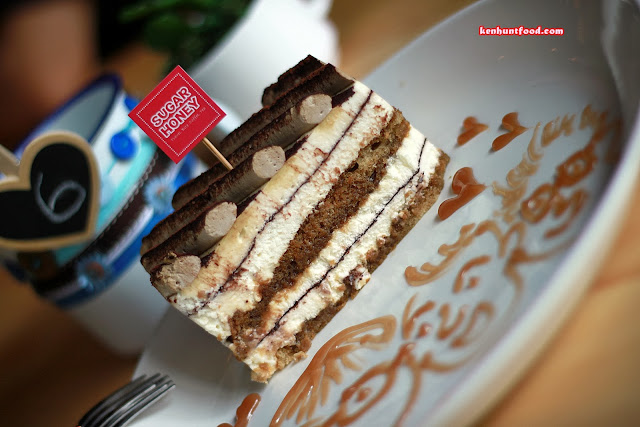 Recommended by one of the friendly waitresses- Carry Mee (Tiramisu/ Rm 11.90) was a piece of art, beautifully layered with Mascarpone Cheese and Alcohol-infused Sponge. The cake had an agreeable sweetness with a velvety smooth texture and a rather strong Coffee flavor. Not mind-blowing but it was a pleasantly comforting cake to keep you accompanied. However, I thought the price tag is slightly on the higher side, I would certainly expect the serving portion to be bigger with that price. 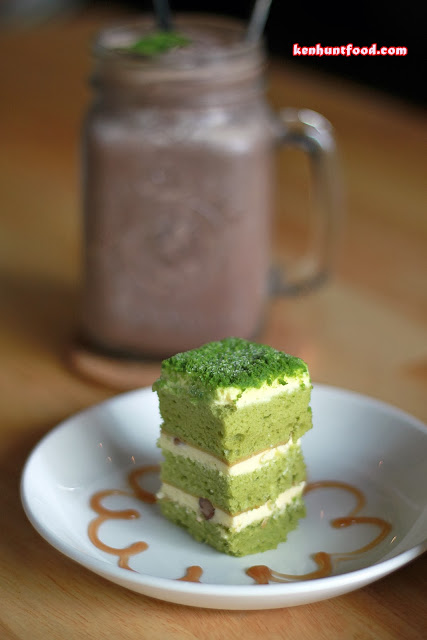 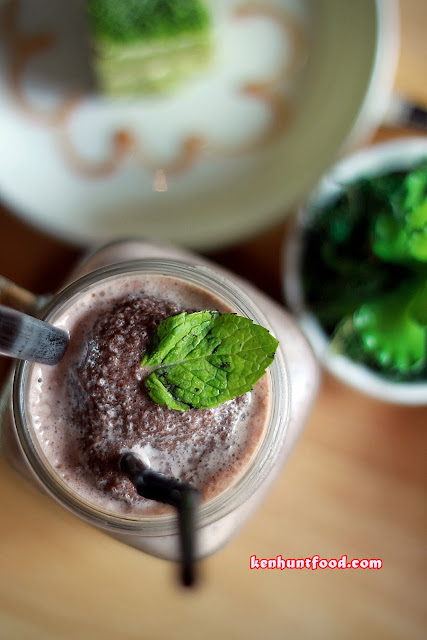 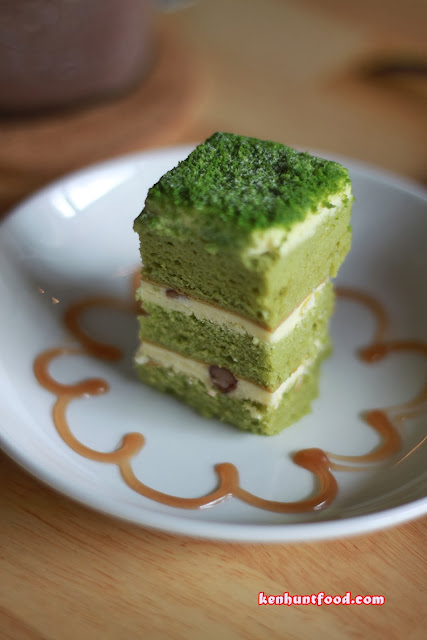 One of their opening promotion-specials was a complimentary cake with every single order of their beverages. We had Frappe Banana Chocolate (Rm 13.90) and received a complimentary Green Tea Red Bean Cake worth Rm 3.90. The ice-blended drink was refreshing but not overly sweeten, with a strong Banana flavor, it adds another layer of dimension to the otherwise, predictable Chocolate drink. However, I am not too sure if I am willing to pay Rm 13.90 for a cup of standard Ice Blended Banana Chocolate drink on my next visit though.... On the other hand, their Green Tea Red Bean Cake was satisfactory. Despite the cake was not too sweet and it comes with a pleasingly moist and creamy texture but again, I don't see myself paying Rm 3.90 for such a measly portion. 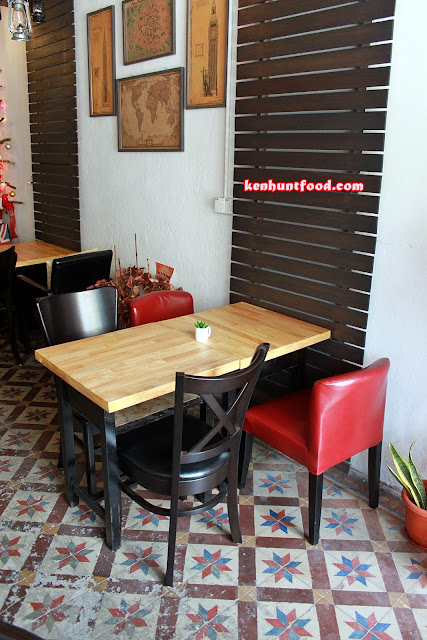 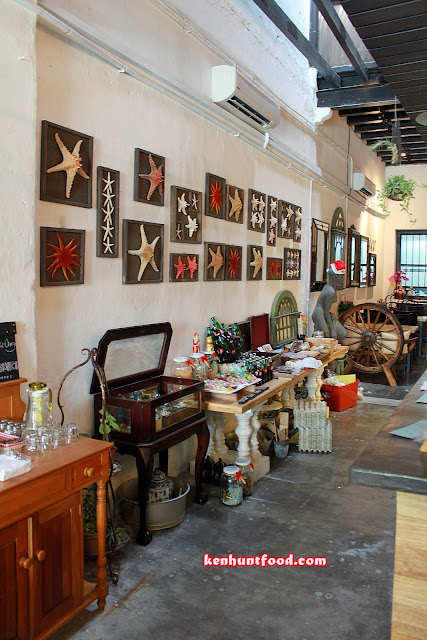 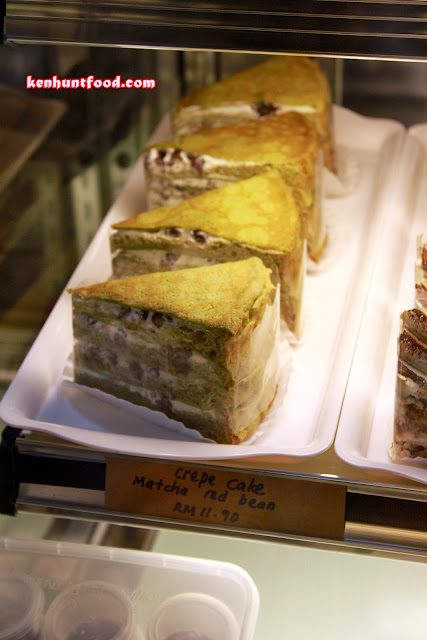 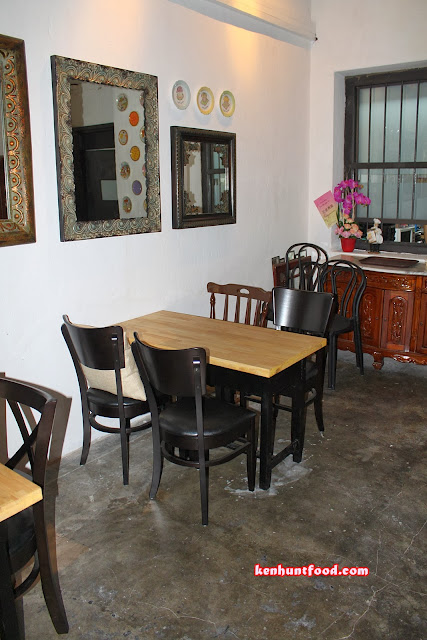 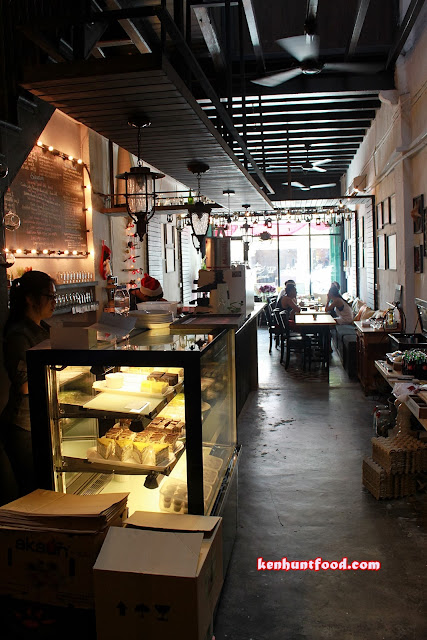 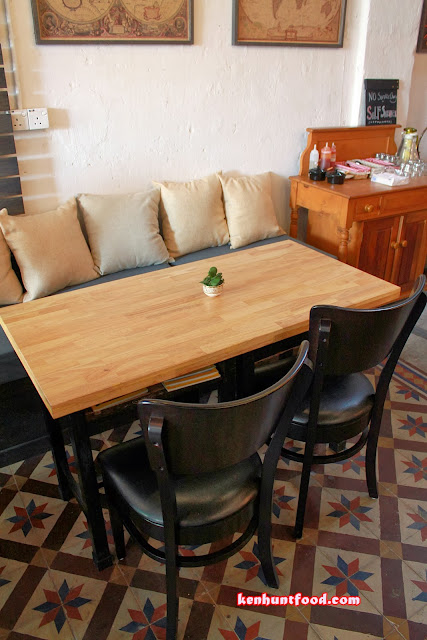 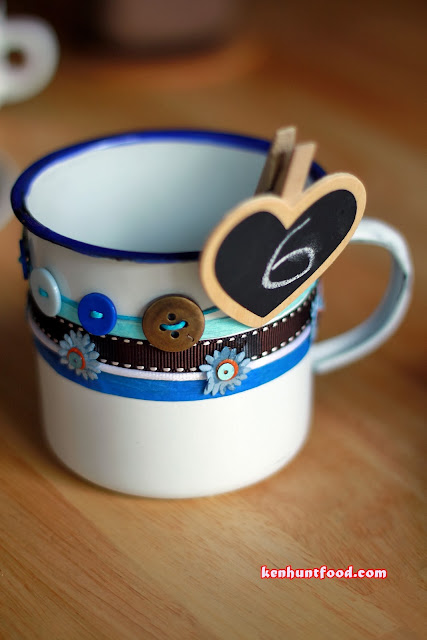 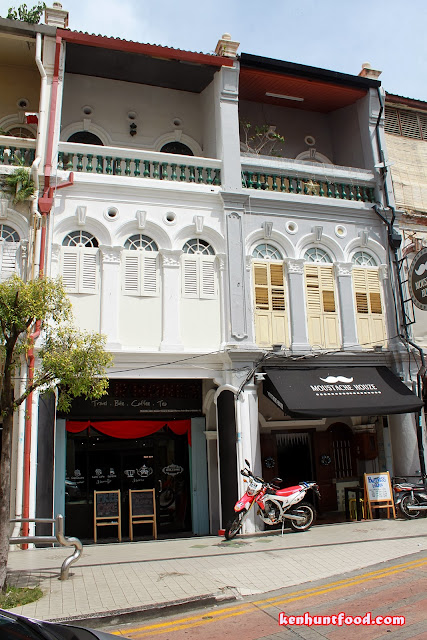 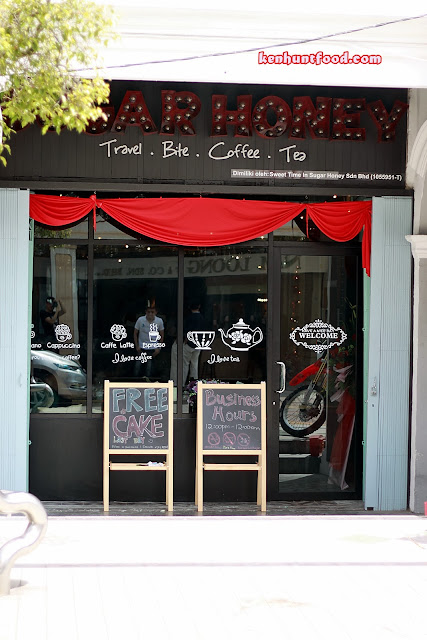 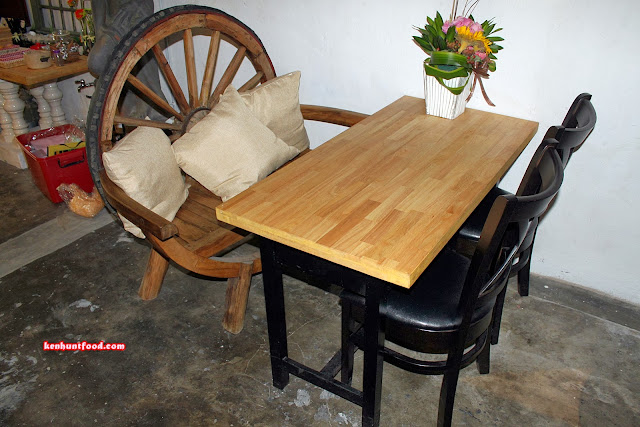 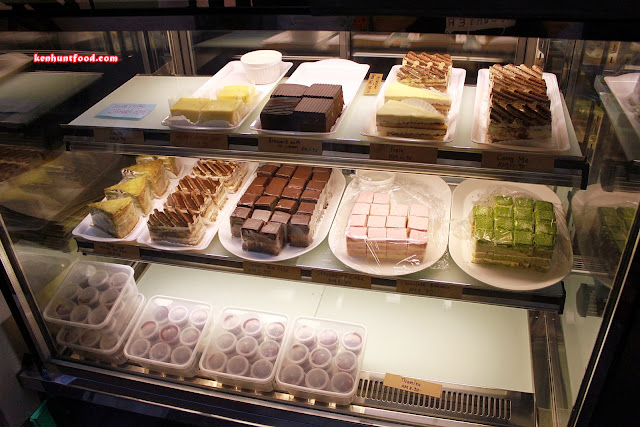 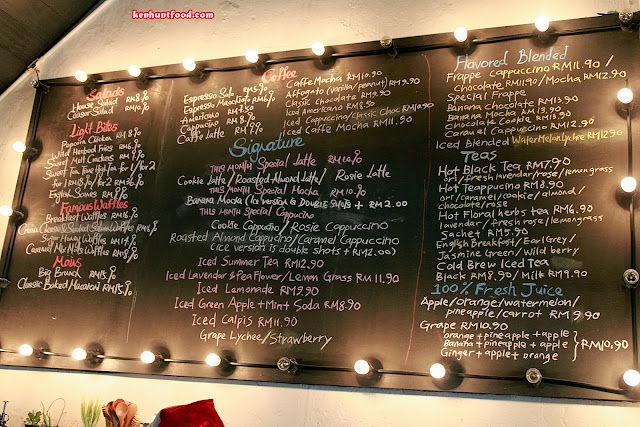 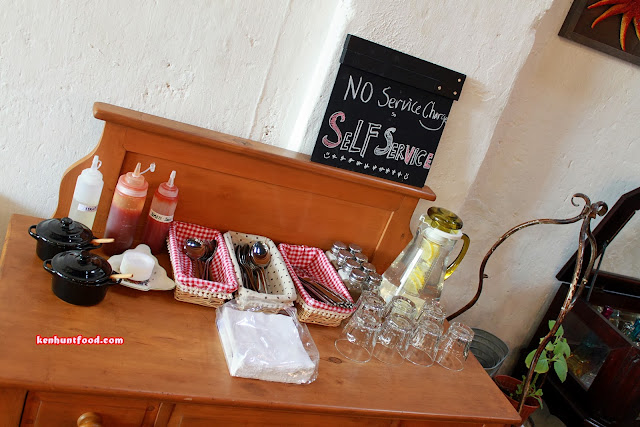 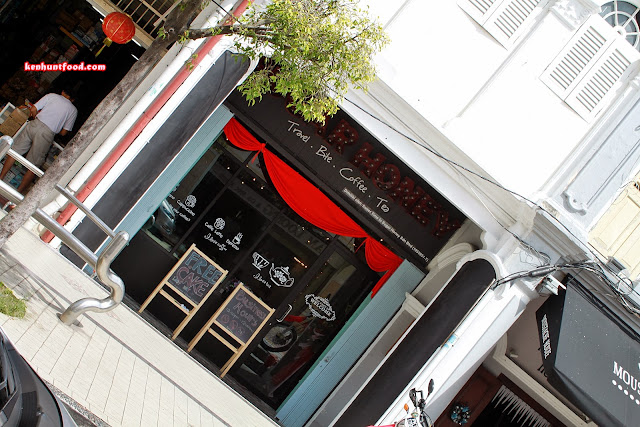