It seems like there have been quite an amount of new restaurants have opened at Krystal Point, Bayan Baru since my last visit months ago. For those of you whom are following my blog, you would have knew that i am a big fan of Japanese Ramen. I get to know this restaurant via some vouchers. Xuan Feng Restaurant mainly serves Japanese Ramen, along with some Japanese Rice dishes and some sides. They do serve some desserts as well but choices are rather limited. As for Ramen-wise, you get to pick from more than 10 choices of Ramen, ranging from Pork, Chicken, Seafood and even Vegetarian and each of them will be served together with either Xuan Feng Soup, Miso Soup, Tonkatsu Soup and Clear Broth. Special request to change the soup base can be made upon request but its subjected to availability. I'd consider the price to be fair enough and service was okay but I was having trouble asking the staff to refill my tea for me due to language barriers (he was a foreigner). 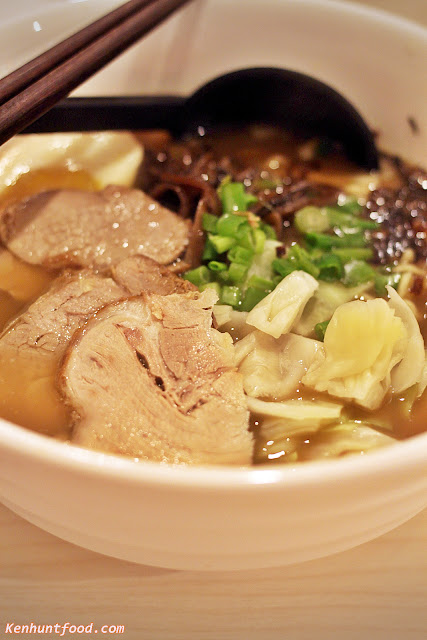 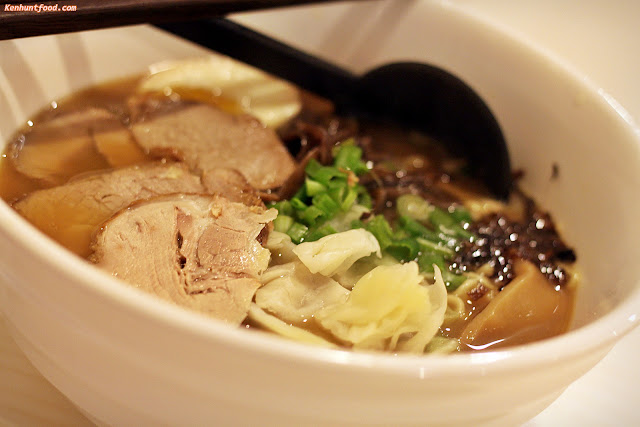 Xuan Feng Ramen (Rm 14.90 Large) comes with some Japanese Chasyu/ Roasted Pork, this was served with their Xuan Feng Soup base. From my observation, I can tell that the Japanese Chasyu was too dry and lack of juiciness but my friend was perfectly okay with it. "The Chasyu was good in the sense that it wasn't too oily", he added. I suppose this will be based on your own preference whether you prefer the pork lard or you are health-concerned consumer. Broth-wise, I find it okay only and not as impressive as Goku Raku Ramen. 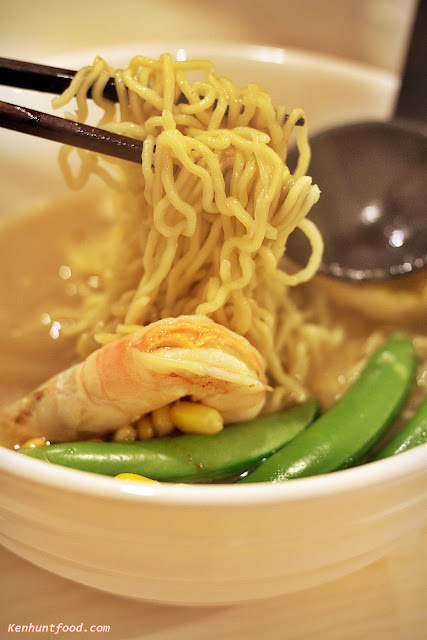 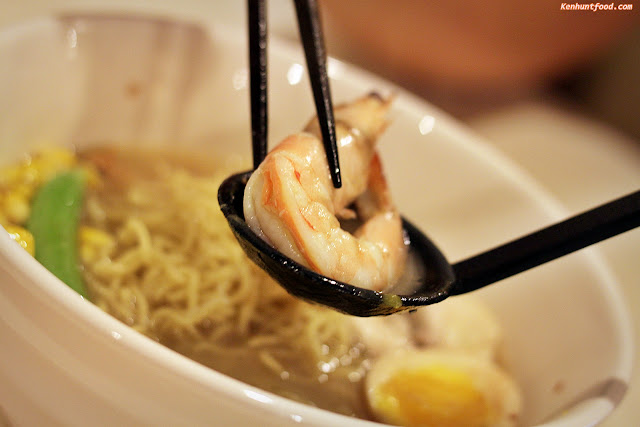 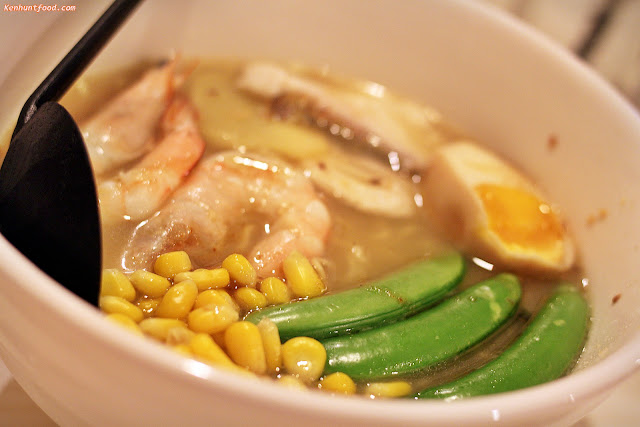 This was my Ramen with Fresh Assorted Seafood (Rm 15.90 Large) with comes with two prawns, some fish slices, a halved Half Boiled Egg and some fresh vegetables. Since I did not cover the noodles, I shall make some comments here. Despite the fact that the Ramen/ noodles were springy enough to my liking, but I find the texture a little bit odd as compared to those that I have tried. The word "fresh" as advertised on their menu was obviously out as the seafood were not fresh at all. Well, not like they were not that "bad" but I don't think they deserve the rank of "fresh". The beans should be boiled for a longer period of time as they were still rather raw to me, the Egg was okay, prefect texture. As for the broth, I have opted for the Miso Soup but I just couldn't get the Miso flavor from the soup, it would be better if they could slightly adjust the flavor. Other wise, it was okay. Portion was big enough to feed me too. 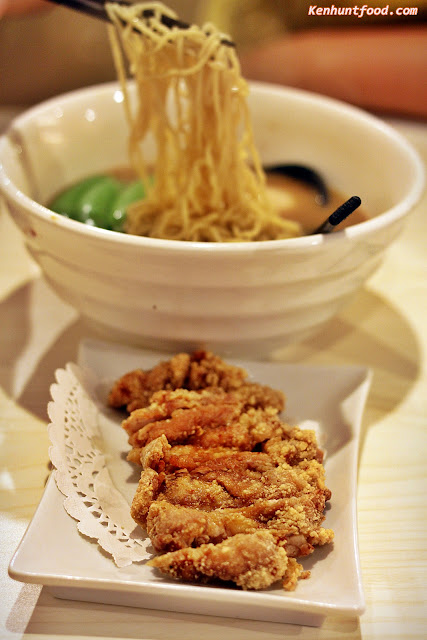 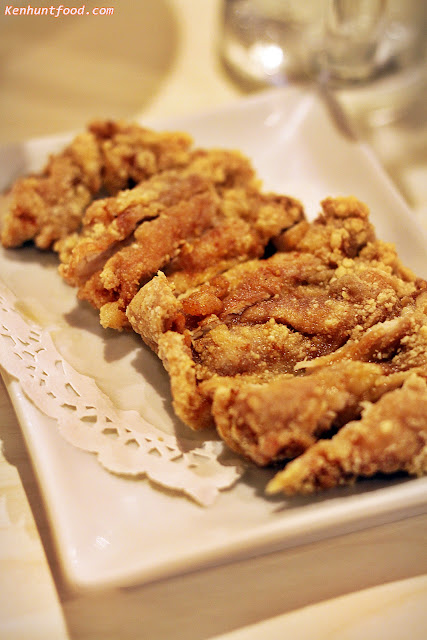 Ramen with Deep Fried Chicken (Rm 12.90), the Deep Fried Chicken was being served separately. The chicken looked oily to me and the batter wasn't too appealing. I did not taste the chicken and the above comments were only based on my observation. The broth was Xuan Feng Soup which was similar to Xuan Feng Ramen mentioned above. 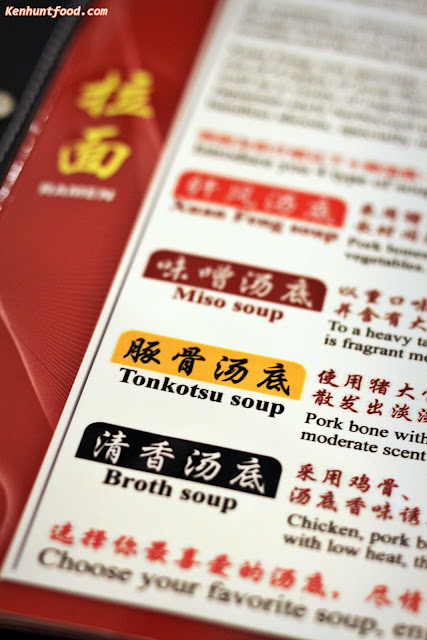 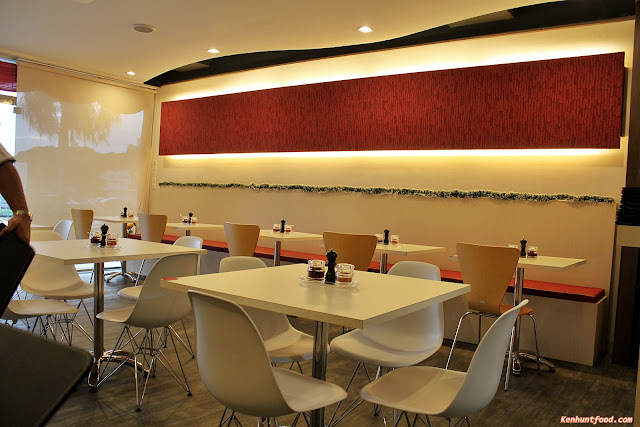 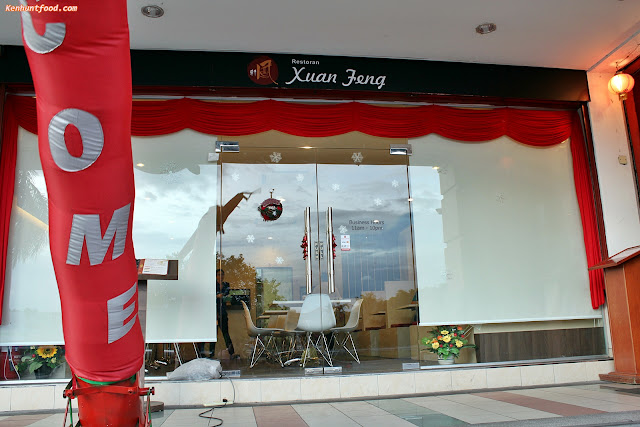 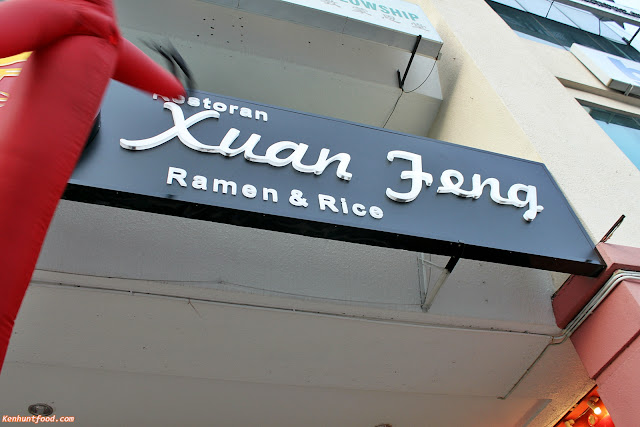