Mesmerized by the name of this restaurant- "Who's Bryan" when I drove passed the All Seasons Place, so who is Bryan anyway? I did some research before my visit and happened to know that Who's Bryan has an outlet in mainland, Raja Uda, Butterworth. I've learnt that they do opened at Upper Penang Road before but I am not sure whether they are still in business. I was there on the last day of the year 2012, the place was flooded with people and I had to wait for nearly half an hour (probably they were still new and inexperienced in handling such an overwhelming crowd). Who's Bryan mainly serves Western Food but I reckon improvements are needed for both their services and taste. From what we had that night, the three of us have agreed that all the dishes we had were extremely oily. More descriptions can be found below... 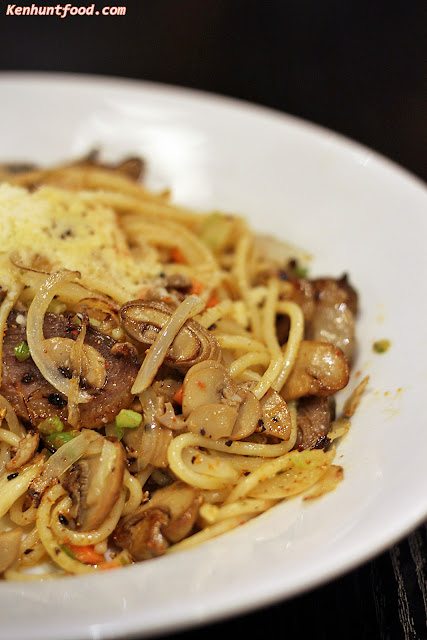 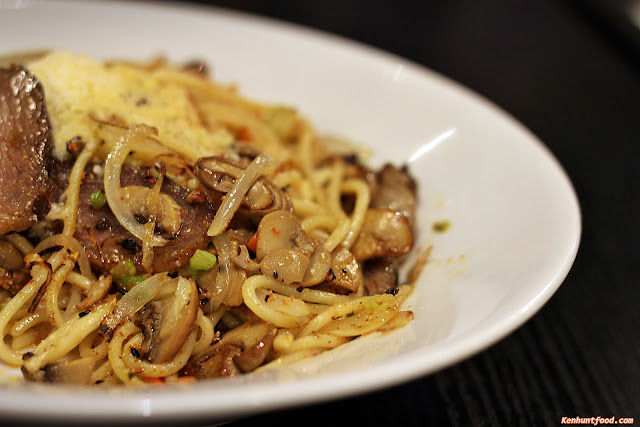 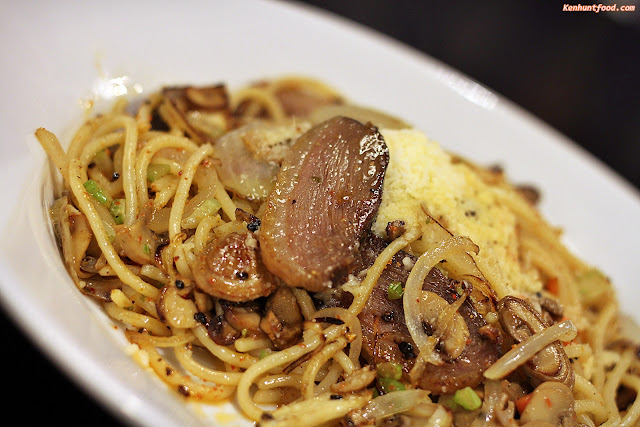 Smoked Duck Breast Piccata (Rm 17.90) was a chaotic dish, as you might have noticed, the pasta was extremely oily, my lips were covered with oil and I couldn't even finish the dish. Piccata simply means a method of cooking where the meat needs to be sauteed and SERVED with a sauce. I see no sauce on my Smoked Duck Breast slices and they were overcooked where I find myself barely able to chew on them. They might have forgotten that duck breast has fats attached and they shouldn't add in too much oil and the entire dish was ruined by oiliness. Taste-wise, was okay where the spaghetti still remained al-dente. The pasta has some Cheese Powder sprinkled, some chopped Onions/ Mushrooms and has a mild spiciness. 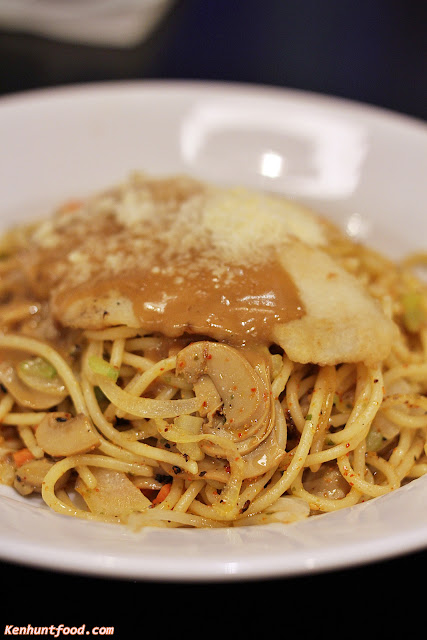 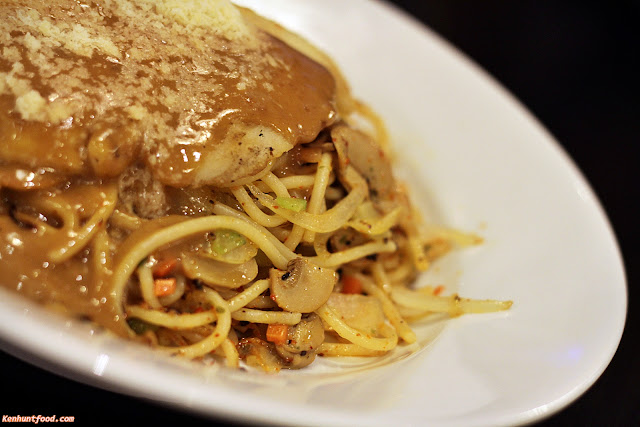 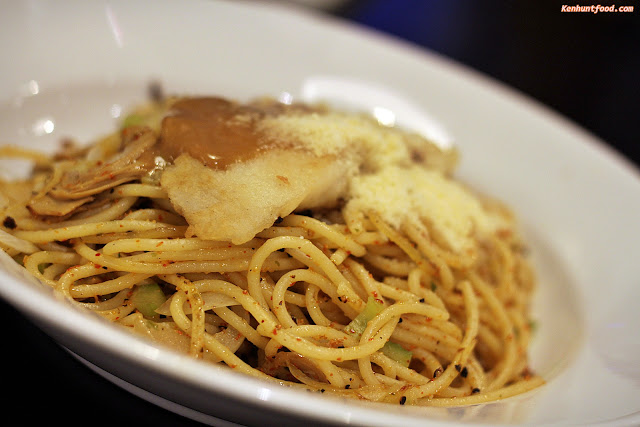 We had Fish Piccata (Rm 16.90), a slice of Fried Fish Fillet topped with Brown Sauce was laid on top of a bed of spaghetti. The dish turned out to be very oily again, with the spaghetti being bland and very spicy. The fish was okay but the sauce did not complement the fish well enough in my opinion. I'd say this was a very common dish and nothing much to shout over. 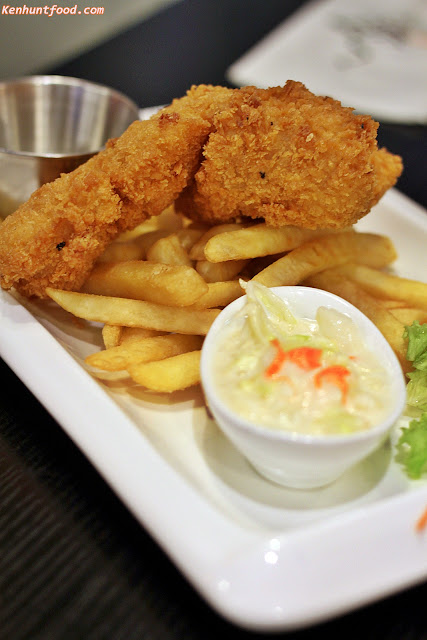 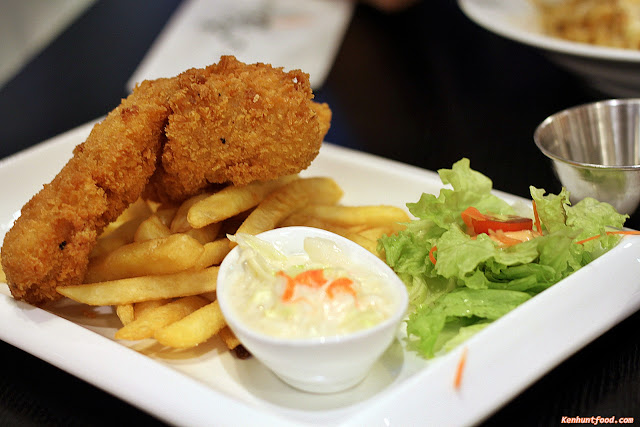 It appears that oiliness is one of the unique features among the dishes served. Their Fish & Chips (Rm 16.90) were very oily too but thankfully, they had this Mayonnaise (with Lime Juice added) to balance up the oiliness. Taste-wise, I find it very normal and definitely can be found elsewhere. The fish was covered with a very thick batter and the portion was not good enough to satisfy us. I see no reasons paying so much for such a common dish. 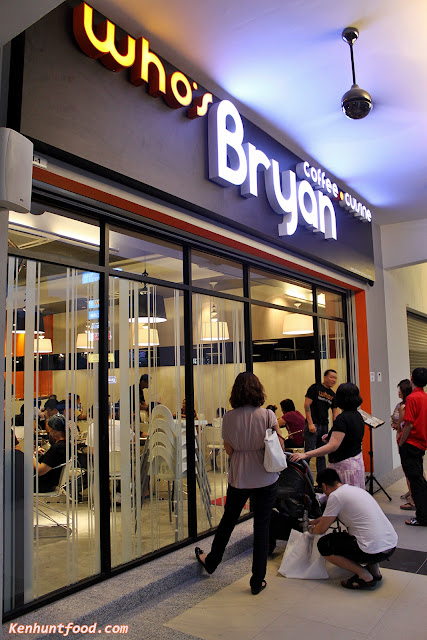 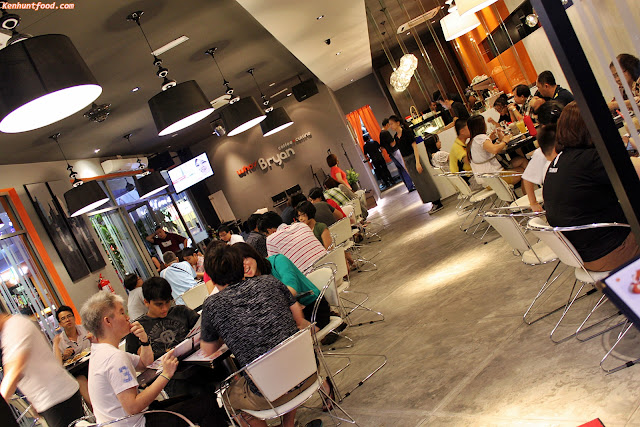 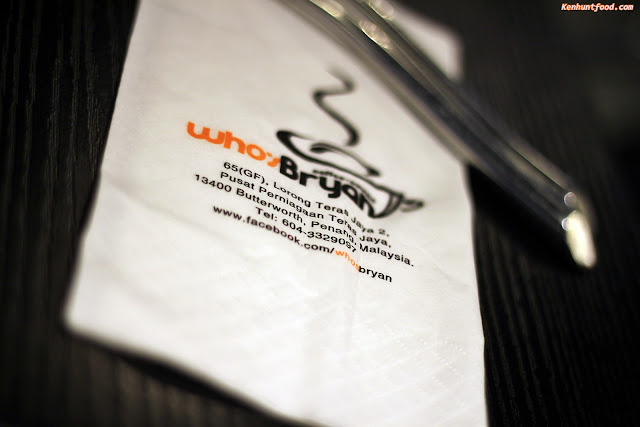 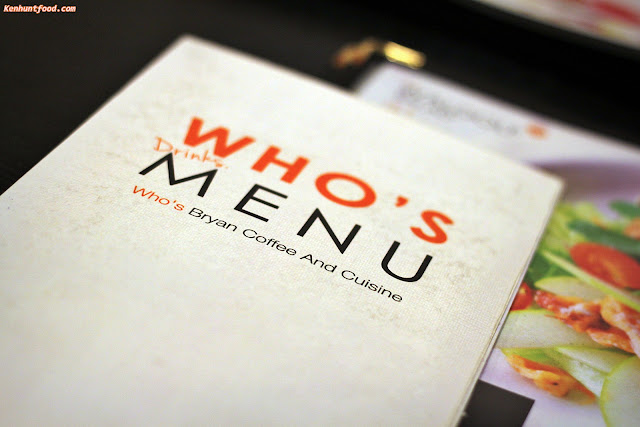