**Kome Sushi has since ceased its operations. New management has taken over and has been renamed as Sushi Kyodai**

Kome Sushi is a newly opened Japanese restaurant situated at Taman Kheng Tian (previously Big Tomato Western Food), right beside Old Town at Perak Road. I get to know this restaurant via a brochure sent to my house few days ago and the "Rm 8.80 for Salmon Sashi" promotion caught my attention. Price-wise, I'd say that most of the dishes here are reasonably priced. The variety was rather limited during my visit, particularly Bento sets and Ramen. Service was attentive but parking can be a problem around the area, especially on Friday night due to the night market. One thing amuses me was that, Kome Sushi doesn't serve pork at all, which makes me question about its authenticness. 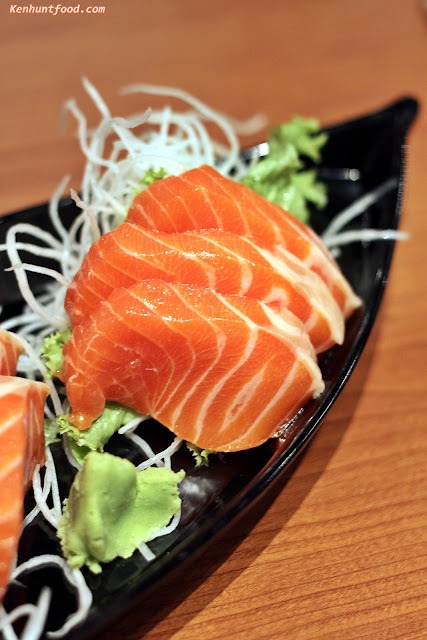 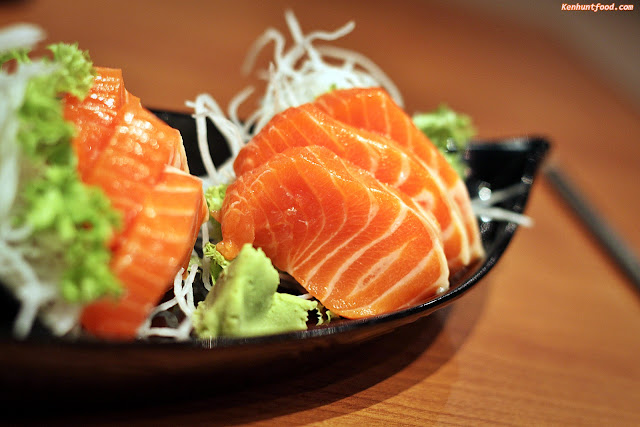 Salmon Sashimi (promotional price Rm 8.80, original price Rm 13.80, promotion lasts until 20th of December, 2012). I am very particular about the thickness of Sashimi as it affects the overall texture and flavor but their Salmon Sashimi was thickly sliced to my liking and they were very fresh and juicy. I have no complaints for these. Thumbs up. 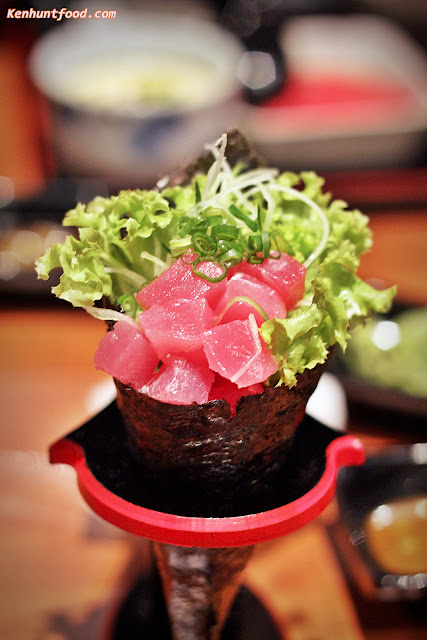 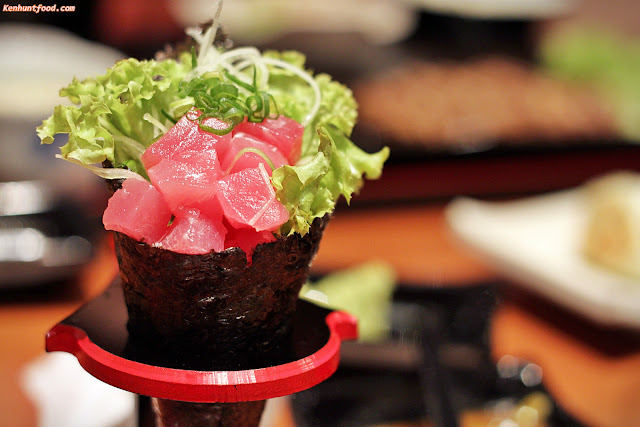 Negitoro Temaki (Raw Tuna Handroll, Rm 3.80), I find this palatable Temaki worth the value, big portion and the Raw Tuna was very fresh and juicy to my liking. Recommended. 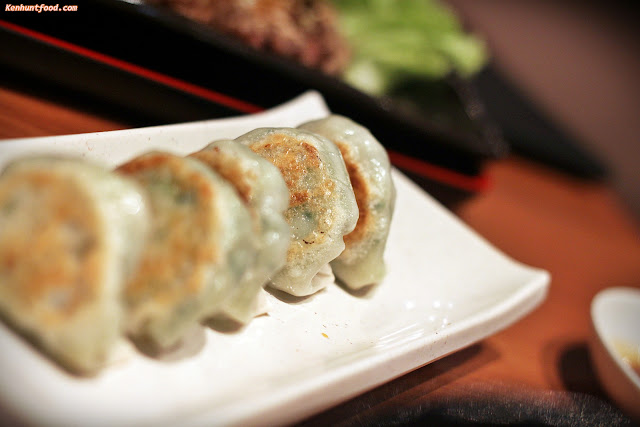 Gyoza/ Japanese Style Dumplings (Five for Rm 8), which comes with a small plate of Vinegar and a touch of Sesame Oil. It would be better if they could add in some Ginger slices as well. The Gyoza doesn't make a call to me, it was dry and not juicy enough in my opinion. The skin wasn't crispy enough too, more improvements needed. 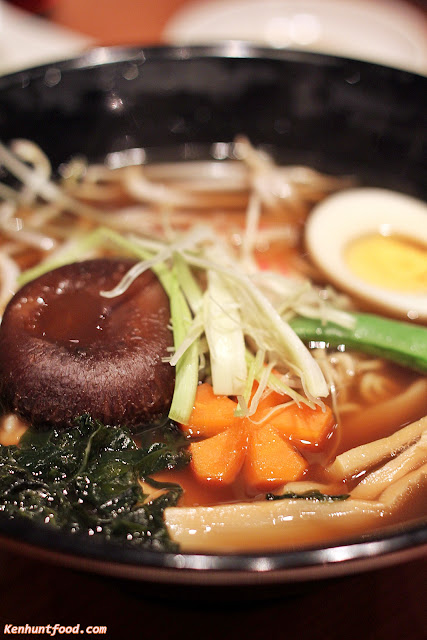 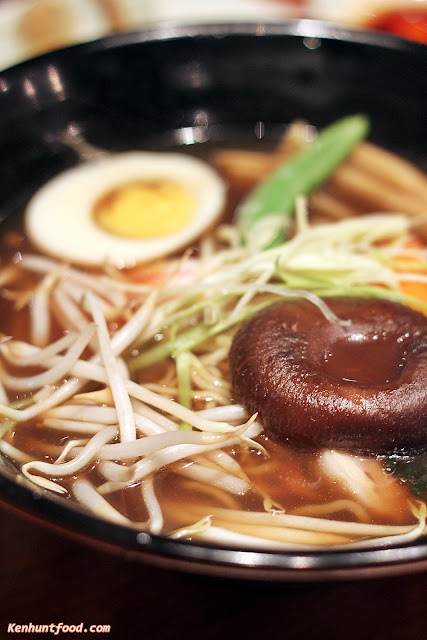 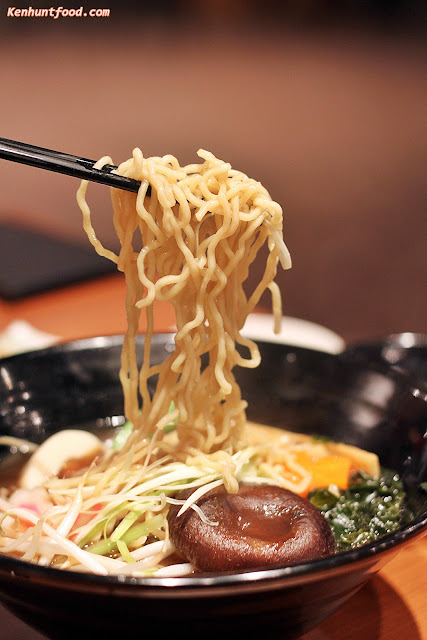 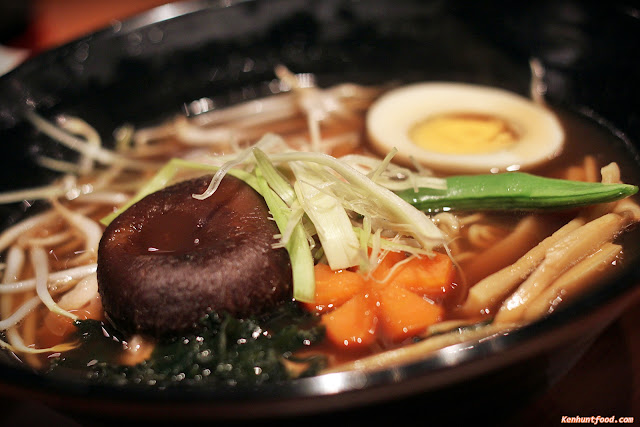 I had Chuka Tori Ramen (Chicken Roll Ramen, Rm 13) which comes in a very big portion but I was rather disappointed with this dish. Firstly, they have served me some rather raw Bean Sprouts which I can smell the "raw-vege" smell from far. Next was the Egg, I was expecting some Soft-Boiled Egg/ Onsen Tamago, where I was expecting the Egg Yolk to be custard-like. It turned out to be a Hard-Boiled Egg. The soup itself wasn't too impressive as well, it lacked of some "kick", probably more sweetness in the broth and thicker broth will do the trick. As for the Chicken Rolls, they were dry and bland. Nothing beats the Japanese Chashu. Anyway, one thing that consoles me was the texture of the Ramen which turned out to be quite springy. 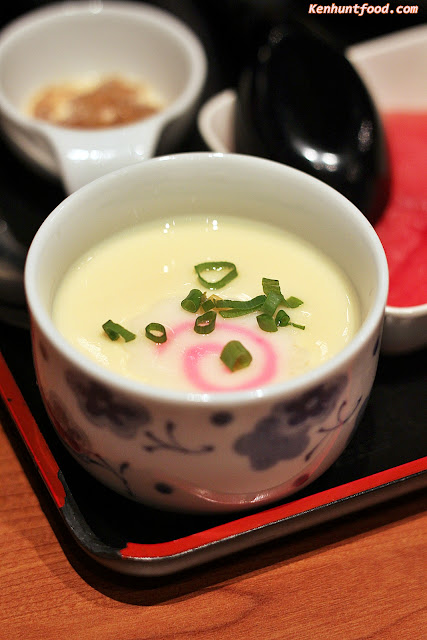 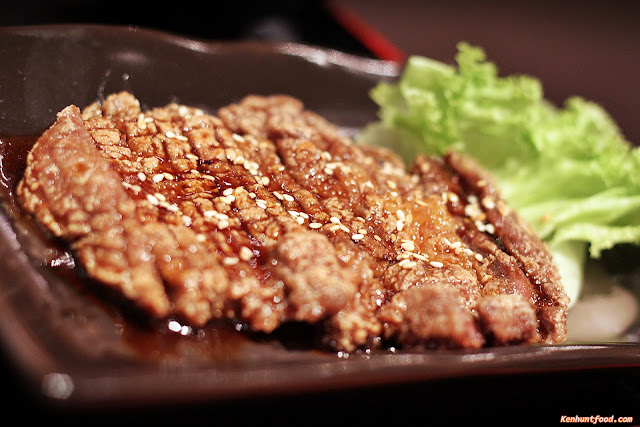 My friend had their Gyuniku Teriyaki Set (Rm 23). The set comes with a small cup of Chawanmushi (Japanese Steamed Egg), some Salad (shredded Cabbage topped with Japanese Salad Dressing), Miso Soup and some fresh slices of Watermelon. I couldn't agree with their way of deep frying the beef, where they battered the beef before deep frying it. The meat was dry and rough. As for their Chawanmushi, it was smooth with a hint of agreeable sweetness from Dashi. Big eaters might find the portion for the rice a bit small tho. 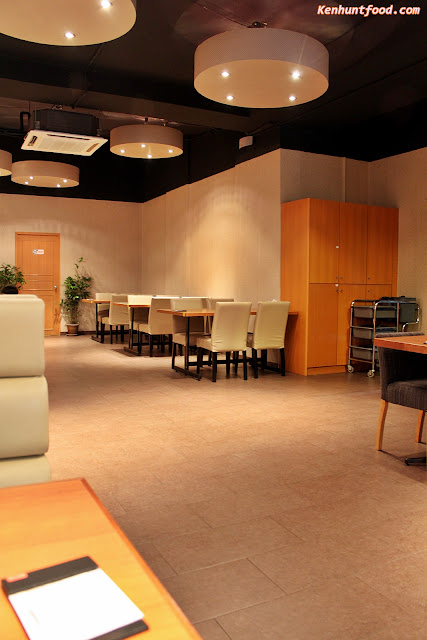 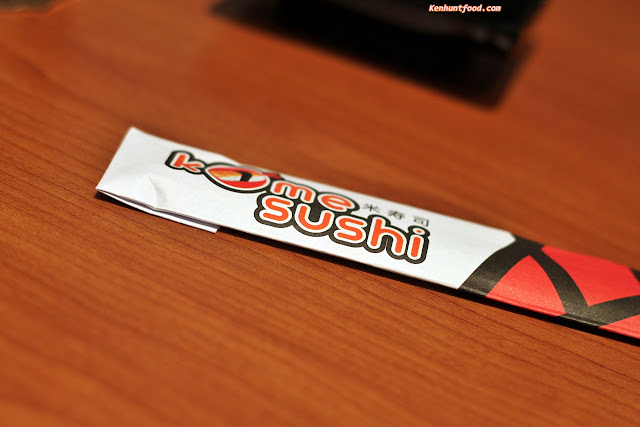 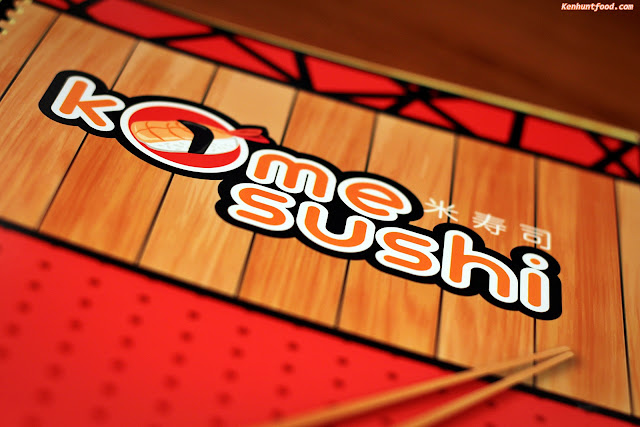 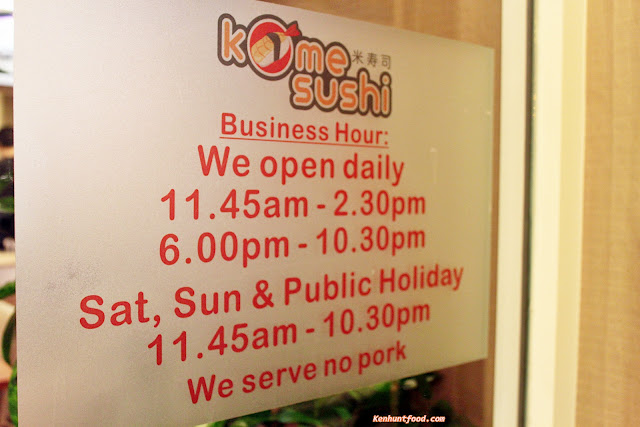 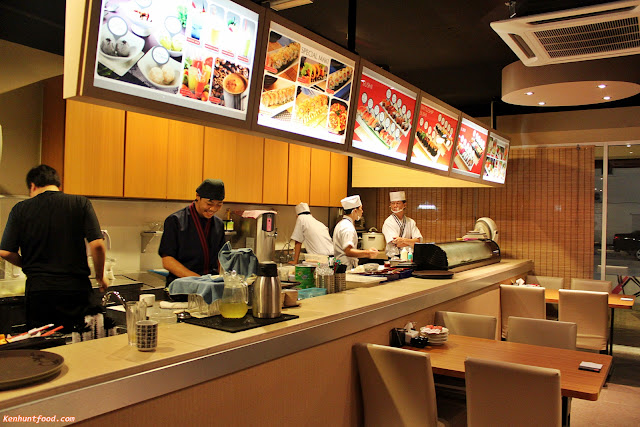 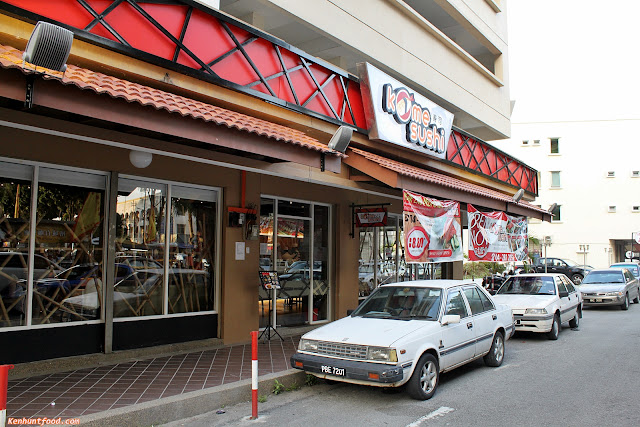