Ever tasted an authentic Sze Chuan spicy steamboat ? Or even something close enough ? Now you have the chance, there's a restaurant in Nagore Road, run by 2 ladies from China. You can challenge your taste-buds by having all these spicy dishes, you will be amazed by how spicy and aromatic the chilies can up to. Get to know this restaurant via Kwong Wah E-Newspaper few days ago, so apparently they are having this spicy aromatic prawns as their main dish and they are even including it in their name. Glanced through the menu, I was shocked to see that actually there are so many types of Sze Chuan dishes they can cook while having limited ingredients over here (well, it also means that they are importing the ingredients from China mostly). 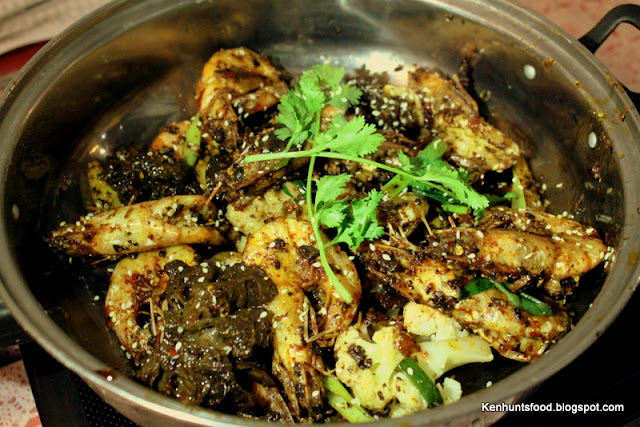 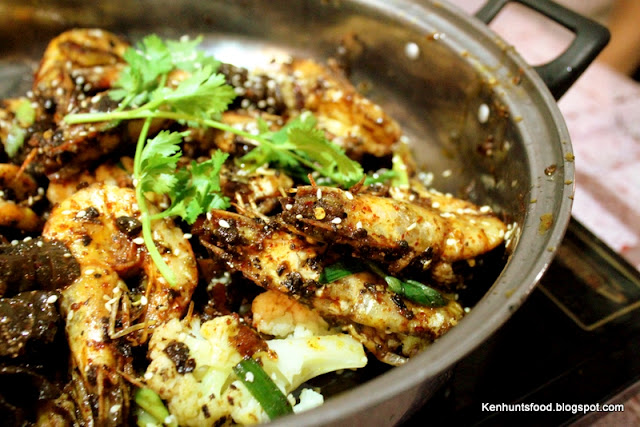 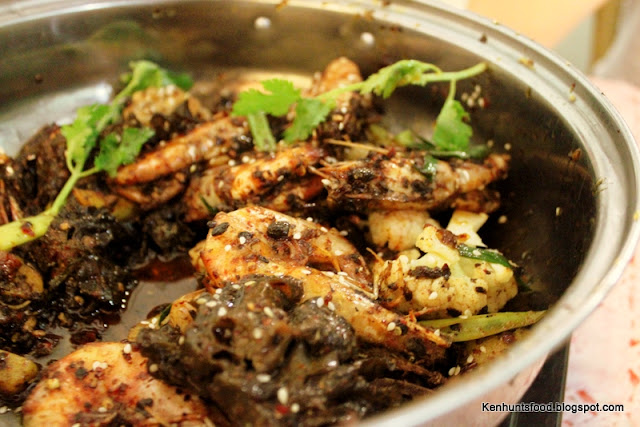 Their famous spicy prawns (香辣虾, Rm48 for 300grams of prawns). I must praised the serving portion of this, although we were told that for a small pot consists of 300grams of prawns only, but there were 13 of them in total !!! The sizes of the prawns were considered to be very big, most importantly, those prawns were very very fresh, can tell that from their crunchy texture. When the pot of prawns being served, immediately you can smell the fragrance of the corn peppers and those chilies. Aside from those prawns, there were also black fungus and broccoli too. Highly recommended for those who adore spicy food. 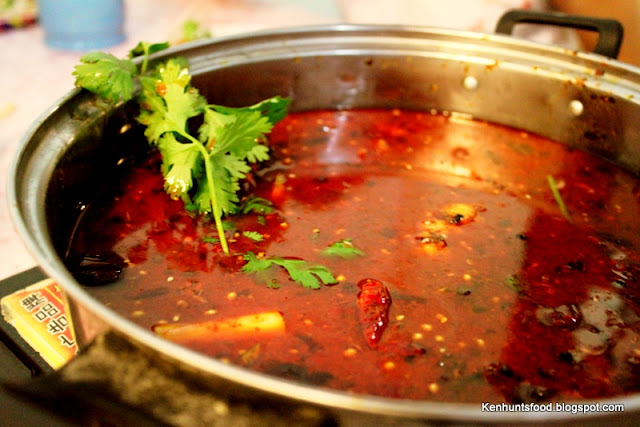 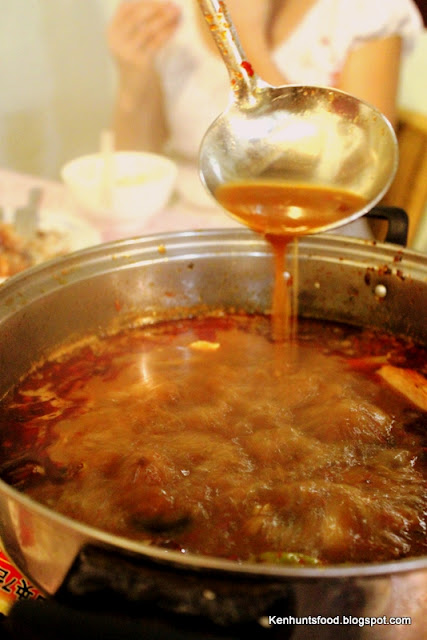 With an additional Rm10, you get to enjoy the famous Sze Chuan spicy steamboat, some hot and spicy soup will be poured into the pot of spicy prawns, as for the ingredients, a list will be given to you and you can select your choices from there. The soup was very spicy indeed, covered with a thick layer of chili oil, you can even opt to choose the level of spiciness (mild, medium, hot and spicy). 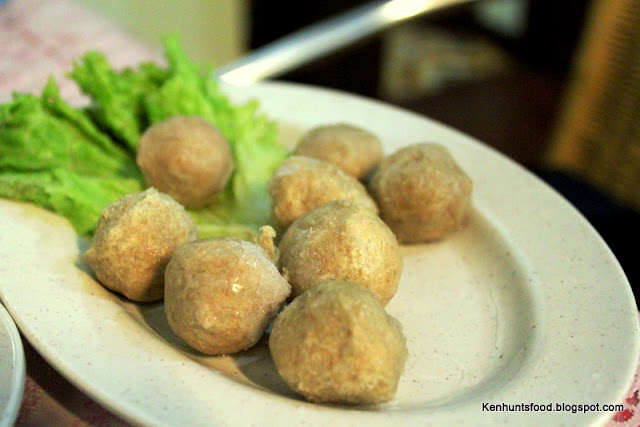 Beef Balls (Rm 6), very springy texture, the beef balls do not have the pungent smell that beef normally possesses. A perfect ingredient for a perfect soup base. 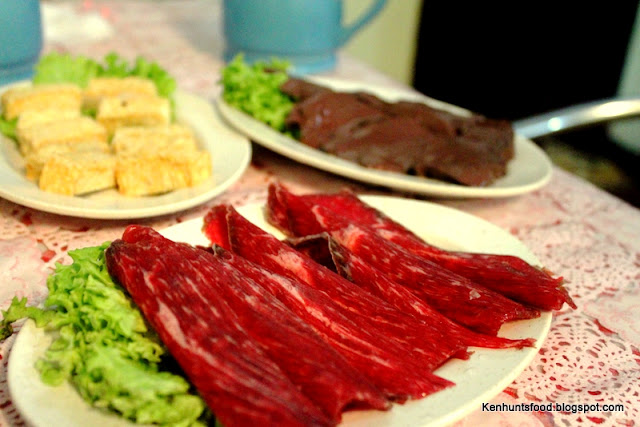 Beef slices are the must in Sze Chuan spicy steamboat (Rm6 for a plate), it was not as tender as it looks like, but it was still decent. Some other ingredients included duck blood (Rm2) and seafood toufu (Rm3.50). 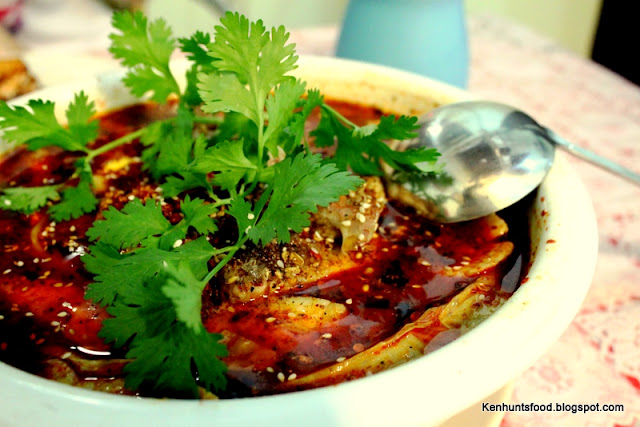 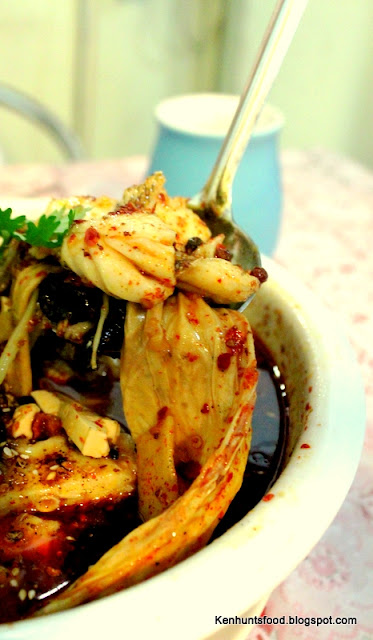 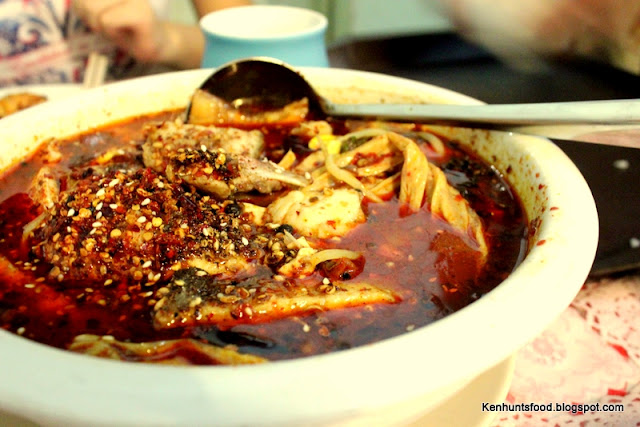 Chong Qing Poached Sliced Fish In Chili Oil (重庆水煮鱼, Rm38 for small) Although it should be a small sized portion, but the portion seemed quite big to us. This was actually my first attempt on this dish. I've heard it many times as this dish is quite famous in Chong Qing/Sze Chuan. The fish will be perfectly sliced in small portions, cooked, and topped with hot and spicy chili oil. A lot of corn peppers can be seen too, as this is the soul ingredient to most of the Sze Chuan spicy dishes. Anyway, the fish was very tender and smooth. Aside from fish slices, you will find a lot of vegetables in there too, Eg: black fungus, cucumber, potatoes, and dried toufu stripes. It tasted like the Sze Chuan Steamboat soup but this was much spicier compared to the steamboat soup. This dish is rather uncommon in Penang, do try it out if you would like to experience how does it tastes like. 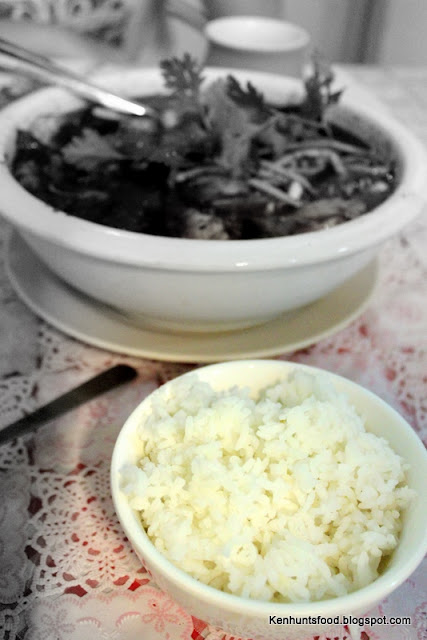 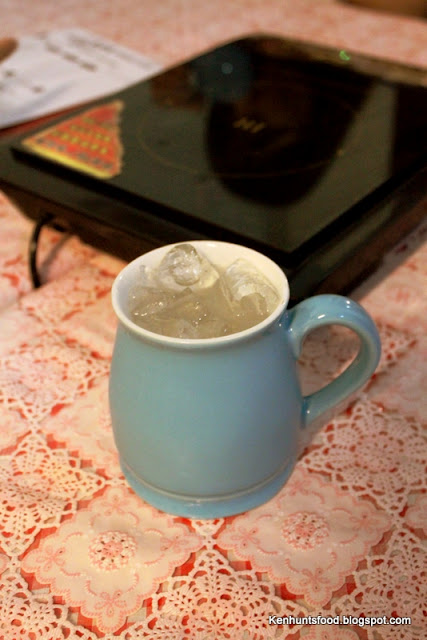 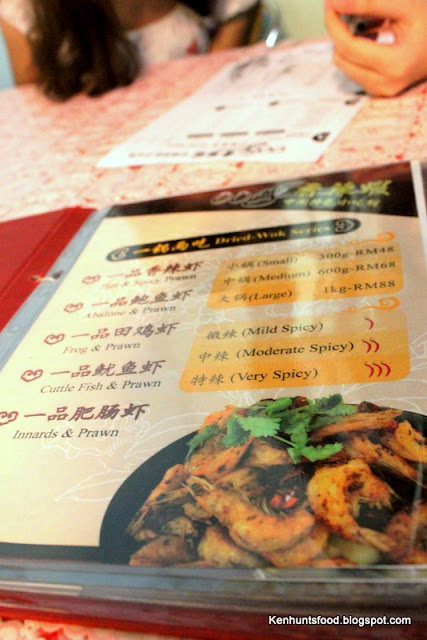 According to my friends who tasted the "real" and authentic Sze Chuan steamboat, the taste was quite similar to those in Sze Chuan (places of origin of those dishes). 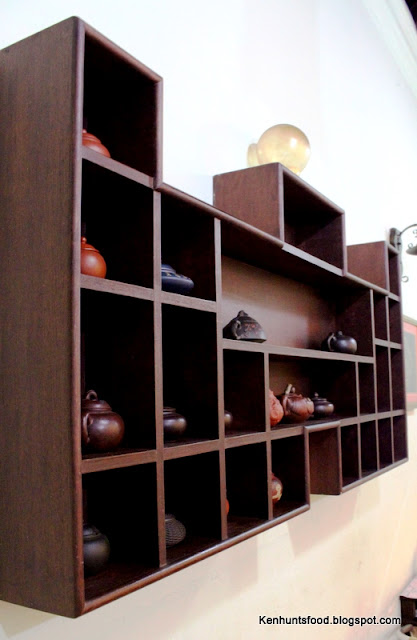 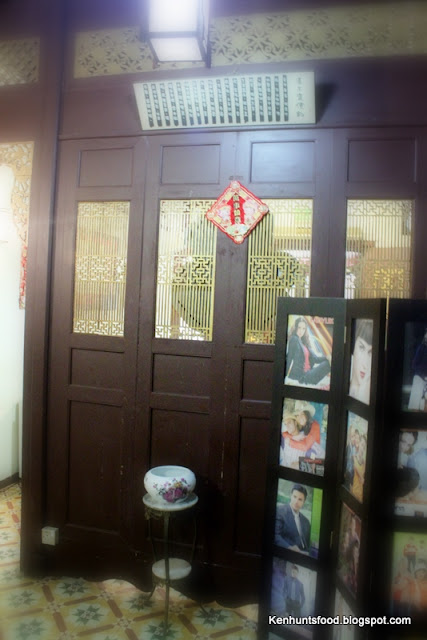 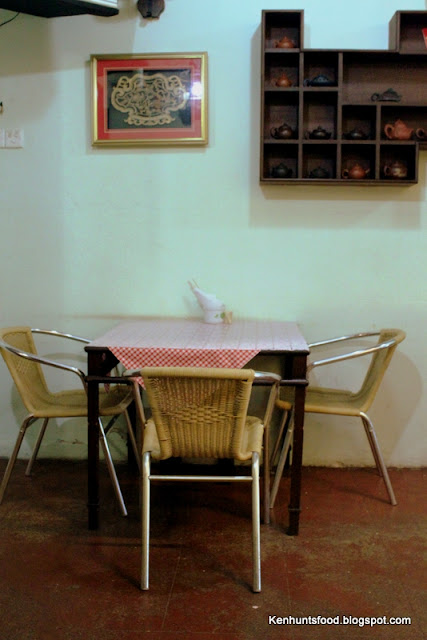 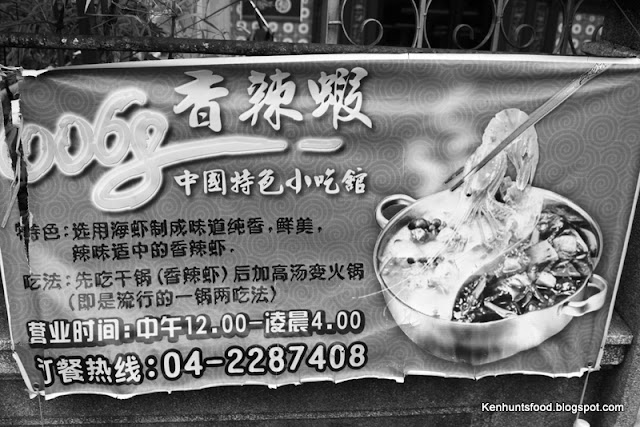 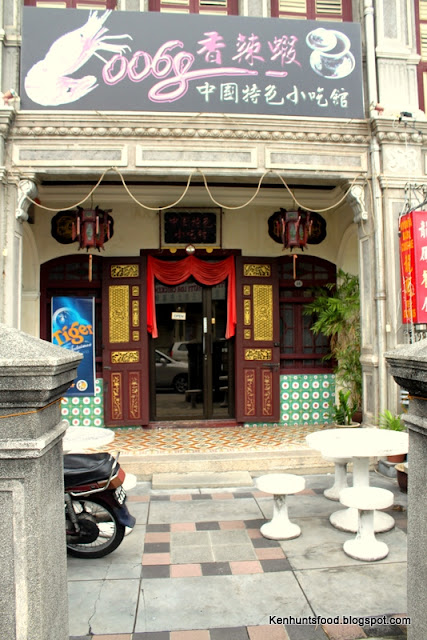 For those who can read Chinese, I'll just post a brief introduction that printed on their name card over here:
精选新鲜的白虾，青虾，再加上特殊佐料腌制后，按照比例，加入68种滋补调为品来烹调。“辣而不失鲜美，香而兼具微麻”香辣虾吃完后，再加入火锅汤料，再涮火锅菜，即所谓的“一锅两吃”。