Situated on ground floor in Penang Times Square, this restaurant is actually a branch, its 1st main shop was opened few years ago in Burmah Road (beside 1926 hotel), the boss was originated from taiwan, so the food is quite authentic i guess ? Anyway, glance through the menu, i felt that there are a few "must try" on my list and successfully persuaded my frens to give it a shot....There are 2 main types of set u can choose, its either noodle sets or rice sets, they come in a set, which include dessert, drinks and side dishes. Heres our attempts: 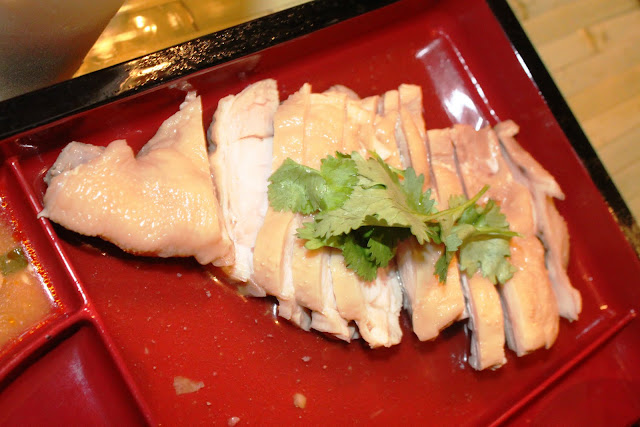 Drunken chicken rice set (醉鸡，rm17.50), the texture of the chicken was quite smooth and the portion was okay. The aroma of the alcohol used was pretty decent to me, however, it was too strong for my fren, so i guess it was a rather subjective one. The chicken was quite tender and it was served while cold. It wasnt a hot-dish. So for those who prefer "hot stuff", u should go for some other choices. 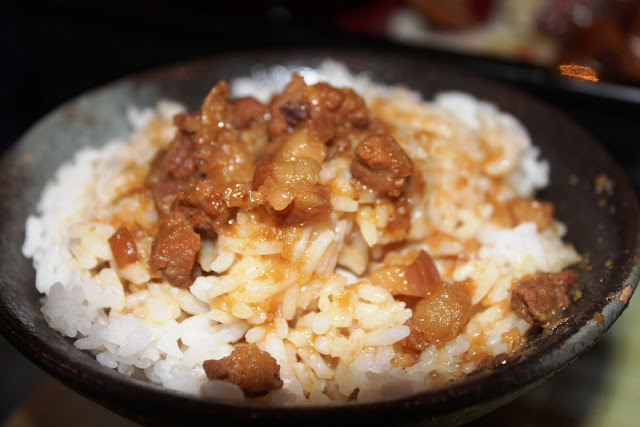 Taiwan's famous Stew-meat rice （卤肉饭, rm1.70）It comes together with the set, but if u were to order for extra portion, its rm1.70. The rice was fully covered with stew-meat, it adds the extra flavour to them, making it tastier to go with the main dish. 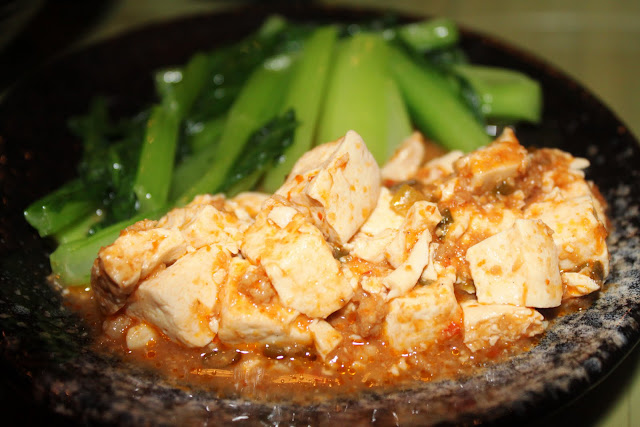 Taiwan spicy toufu（麻婆豆腐） and stir fried vegetables. Again, it comes with the set itself, and i must give some compliments to the spicy toufu, the taste was just right as taiwanese tends to cook their food saltier. Although its not appealing to put the toufu beside the vegetables, but i think its a rather brilliant move as the sauce of the toufu gives extra flavour to the tasteless-vegetables. 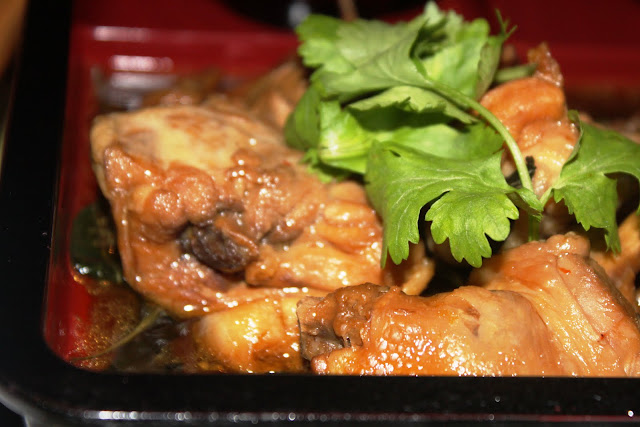 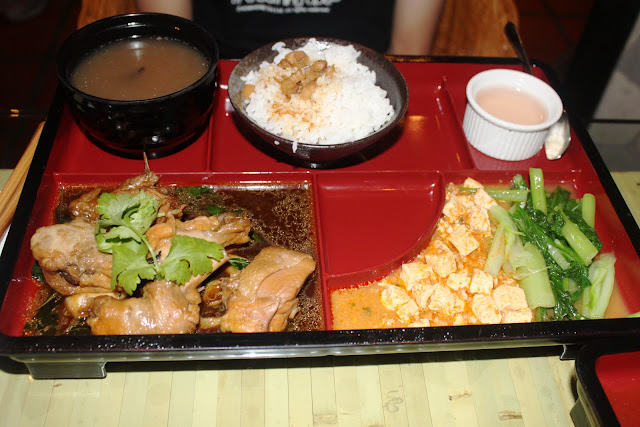 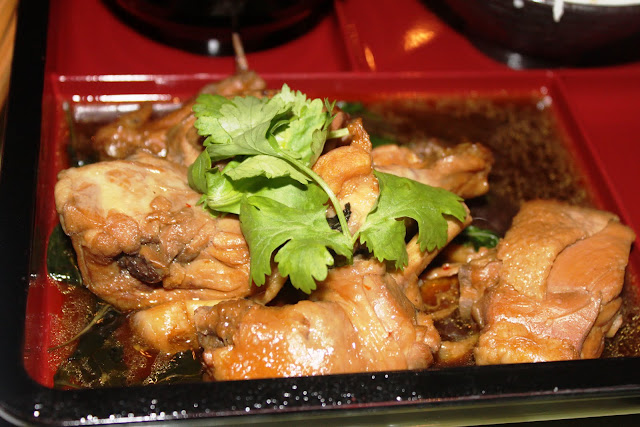 3-cups Chicken set (三杯鸡，rm17.50) As the name suggested, the chicken was cooked using the 3 cups of ingredients which consists of sesame oil, soya sauce and alcohol. The chicken was quite tender and smooth, and the aroma of the alcohol covers the taste of the sesame oil(which some might not prefer the strong flavour of sesame oil). 1 of the most important part that adds flavour to the whole dish is the usage of basils (九层塔). It was quite a famous dish from Taiwan. 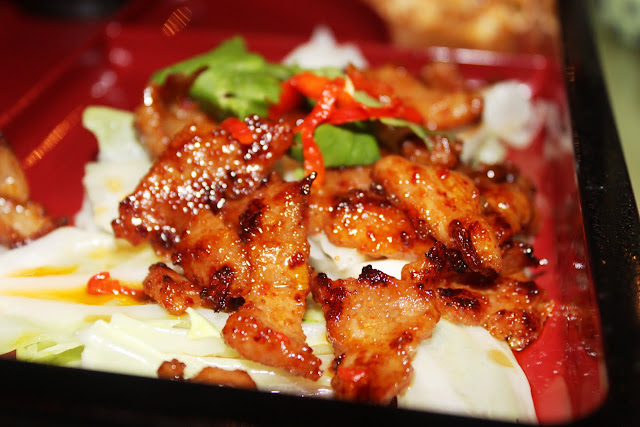 Barbecue Pork Slices set (香烤猪肉片,rm16.80) The pork slices were grilled to perfect and they were abit sweet (might be due to the sauce), it tastes like char siew 叉烧, quite special, worth of trying though.... 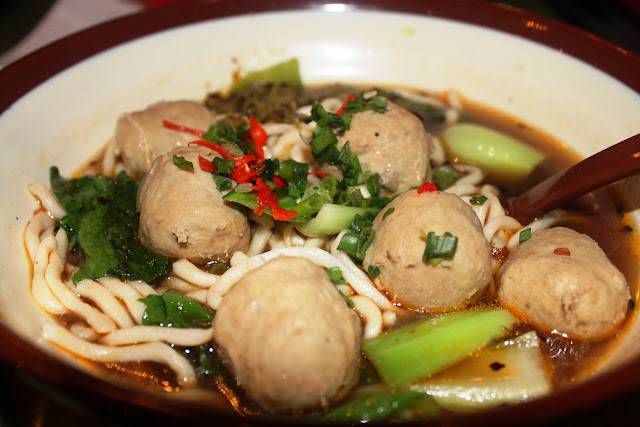 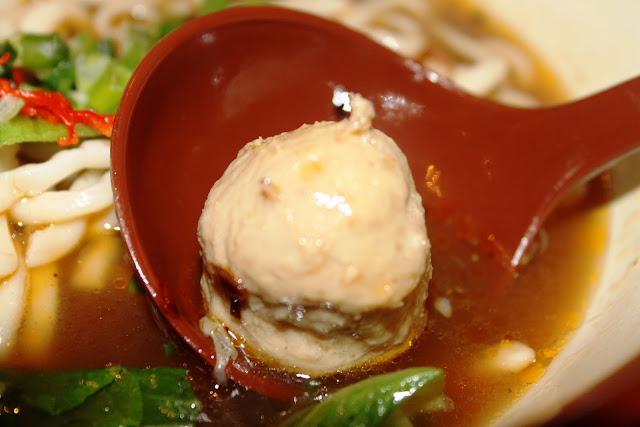 Taiwan Beef Balls Noodle (台湾牛肉面，rm15.80), the noodles taste like random soba, the japanese noodles, the soup was pretty decent, it has the "beef-kinda-taste" which i adore, not to forget in praising the texture and the taste of the beef balls. they were awesome. The best beef balls so far i've eaten in penang. The chef is kind enough to give me 6 beef balls. The noodles come in a set as well. Theres ala-carte for the beef balls too, i think its around rm8.50. 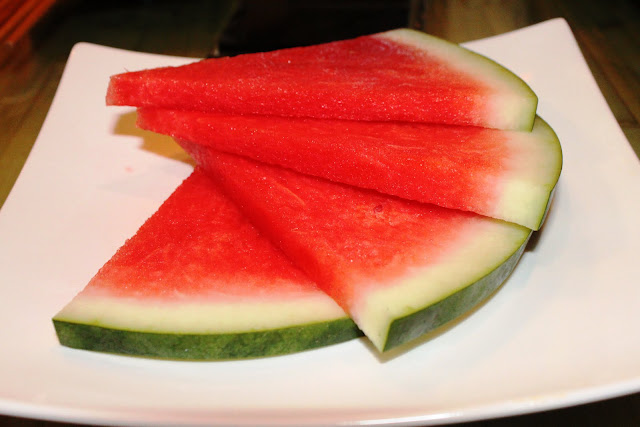 The fruits that included in the set meal. The drinks were quite okay as well. They offered taiwan flavoured tea with "pearls"(sago) and you have to top money for the "pearls". 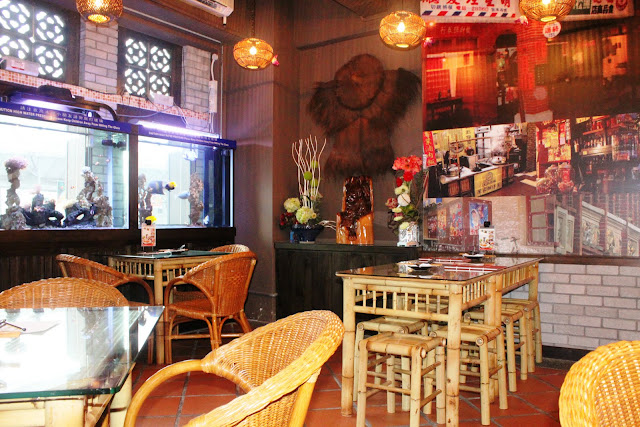 The place was quite cossy, suitable for chill out with frens, chit chat sessions etc. I had bad impression on those chairs, they kinda made me backache for some reasons. 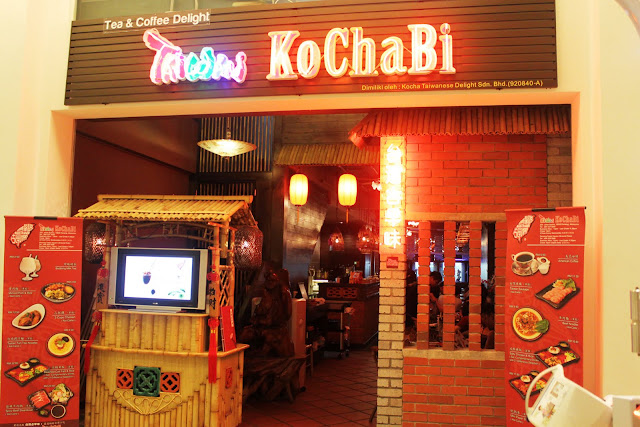 5% service charge will be added to the bill, there is no government tax. No reservation is needed i think. They have sufficient space although for peak hours like saturday night. Highly recommended if u are craving for taiwan cuisine and worry that you are getting an authentic one.