Had the chance to visit this newly opened food court in penang times square today, i think the management did a great job in advertising and making noises in this grand opening, i get to know this food court via my fren and newspapers. Anyway, this food court has alot of stalls, food from all over the world and has more than 200 types of food available, however, i was told that the food was a bit over priced. I'll introduce the food i've tried today. 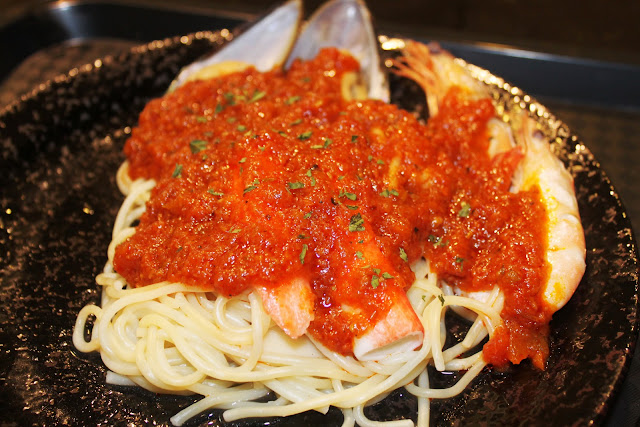 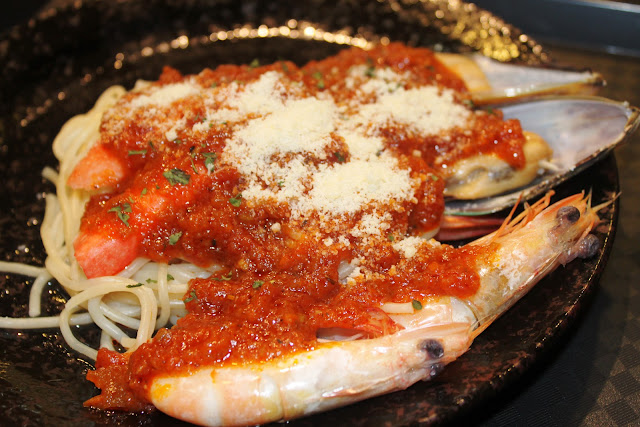 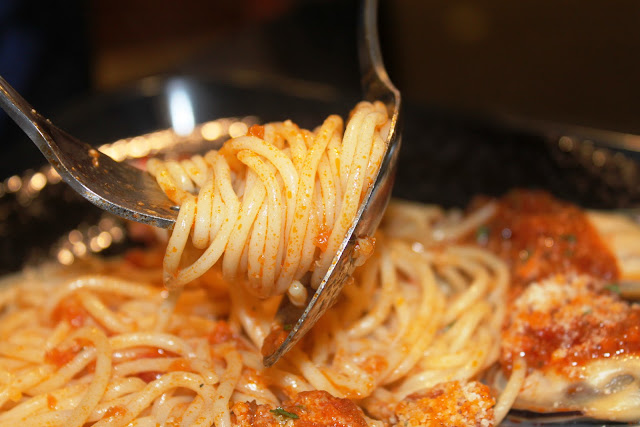 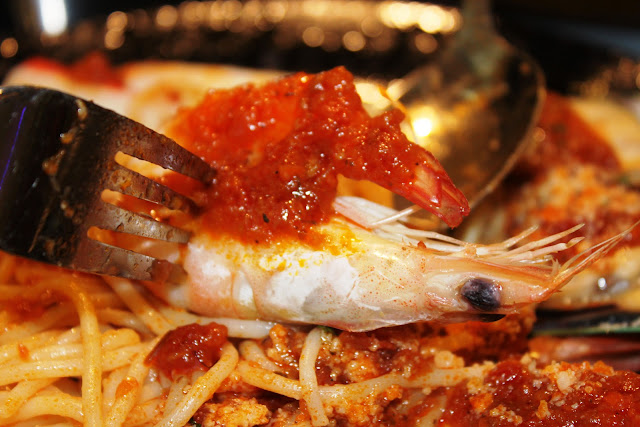 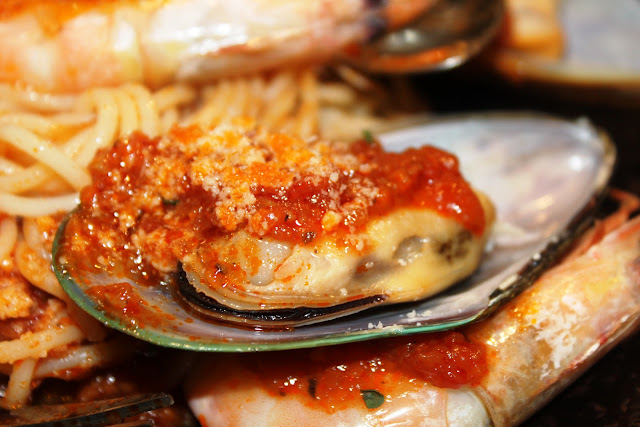 Spaghetti marinara (rm15), the spaghetti comes in a pathetically small portion, with 2 crab sticks, 2 prawns, and 2 mussels. The mussels and crab sticks were okay, however, the prawns were disappointing. They were still raw, they were not cooked thoroughly, it stinks somehow. I cant even swallow them, i think probably they just took them out from the fridge and the cooking time wasnt sufficient to cook them. Although the taste was okay, but with such portion and the disappointing prawns, this spaghetti is definitely over-priced. 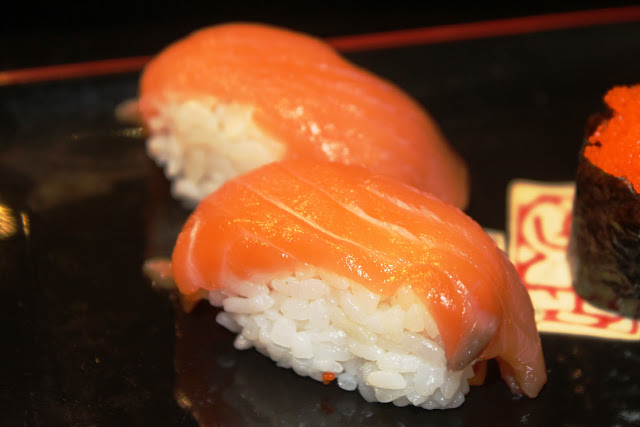 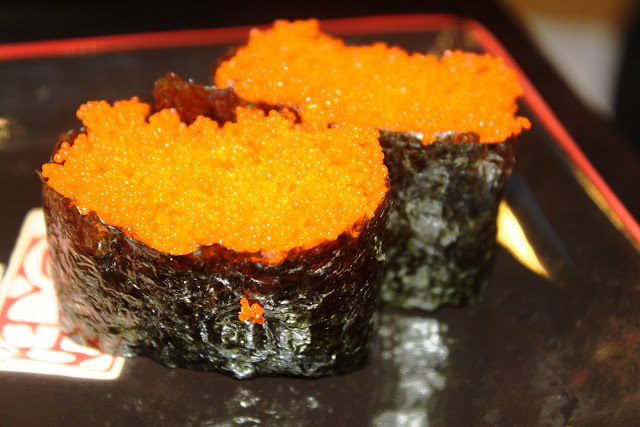 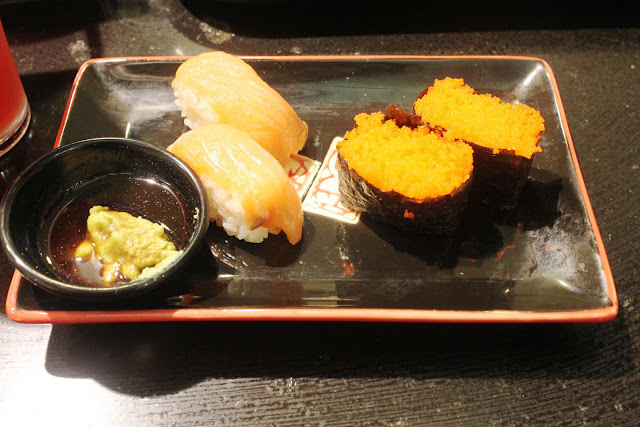 Salmon sushi (rm4) and Ebiko sushi (rm4), yet, another disappointing dish. When i received the food, i took a look at the salmon sushi, the colour was pale and unappealing, the salmon was thinly sliced as well until it affects the overall texture of the sushi. The ebiko sushi was okay, since they just bought the ebiko and topped them onto the sushi rice roll, The ingredients were fresh, no doubt, but the skills in handling them are definitely needed to be improved; not to mention the portion is relatively smaller compared to those out  there such as sushi king and any jap food outlets. Another over-priced dish and the long queue attracted me at the beginning, i think its over-rated again; definitely nt coming back for the sushi again. 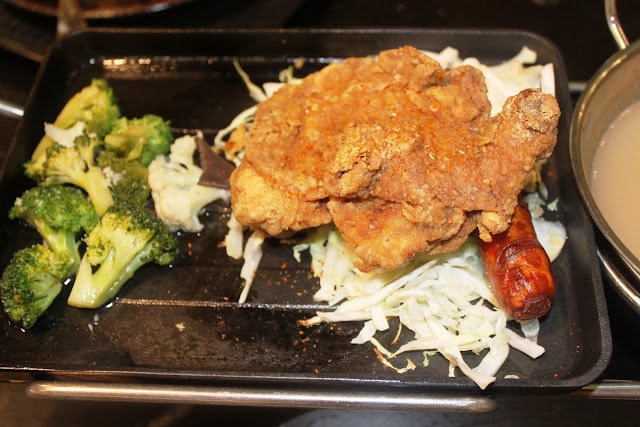 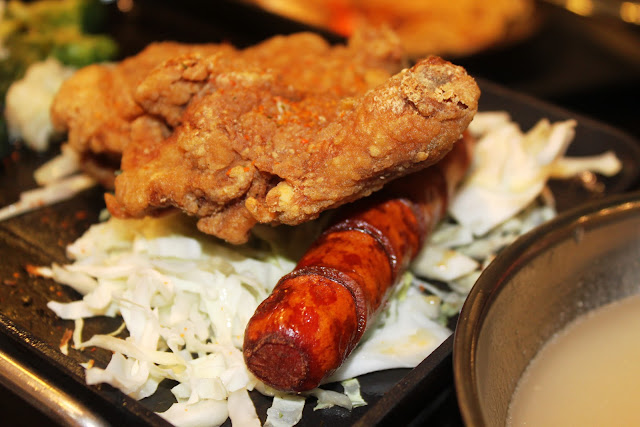 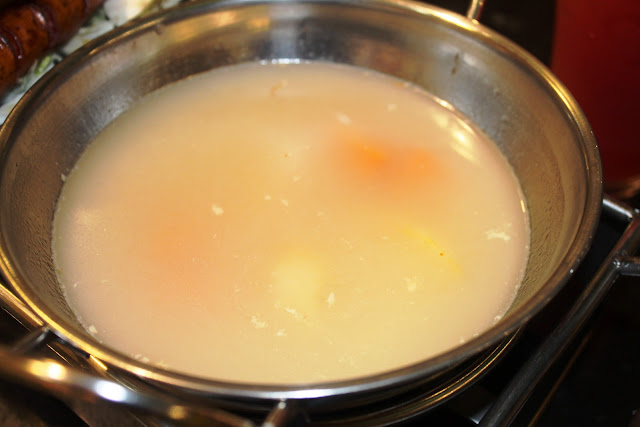 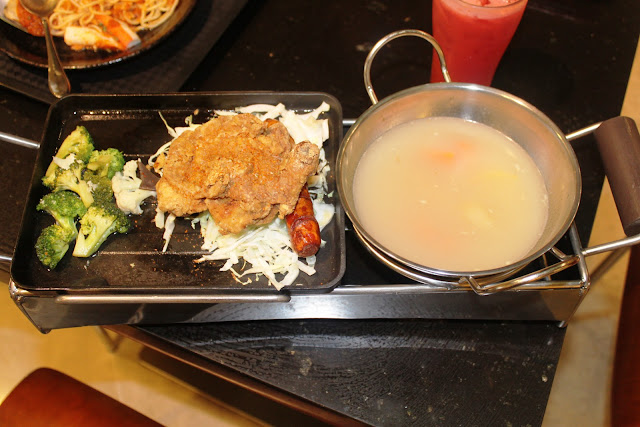 Taiwanese chicken chop rice set(rm7.50), this set comes with a rice, at first i tot it was okay, but i was later told by my fren that it was rather dry coz there wasnt any sauce given to go with the meat, the taste was okay, abit salty for the soup tho. I think with the price, the portion was okay, at least it wasnt as expensive as the spaghetti i ordered. 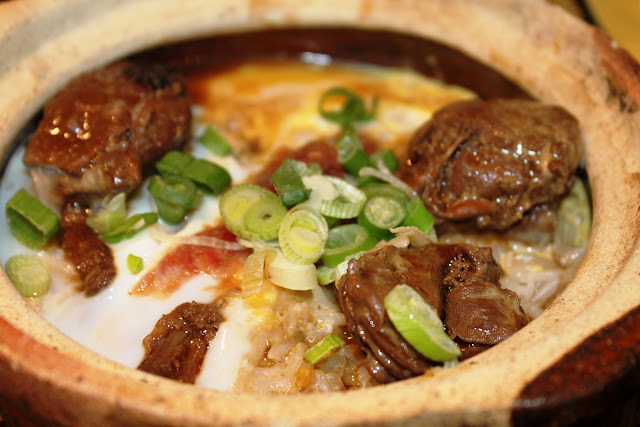 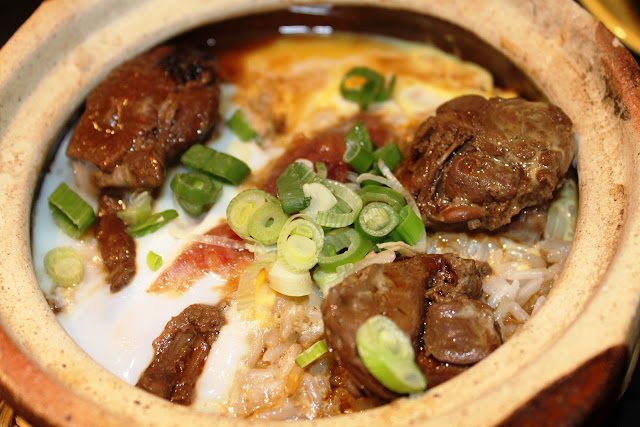 Claypot chicken rice (rm4.50), the portion was small too, bt the price was very affordable and its understandable since the rental is higher over here, the taste was okay, mainly due to the using of glutinous rice to increase the texture of the rice and it was served hot. With the look of it, i think its quite worth of trying. 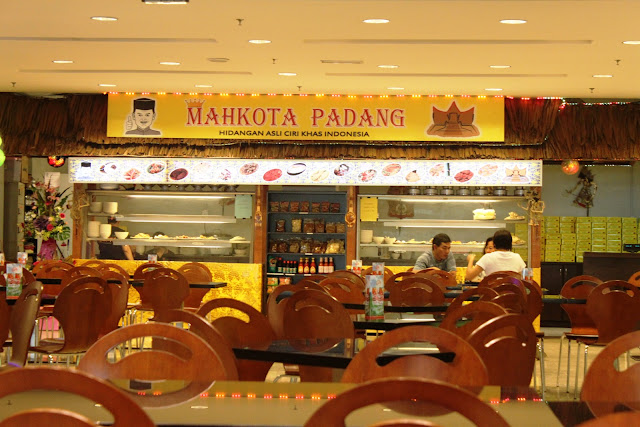 There was this mahkota padang stall at the end of the food court too, i was told that its very famous in serving Indonesian cuisine, i would love to try this out next time since we rarely find and see indonesian cuisine here. 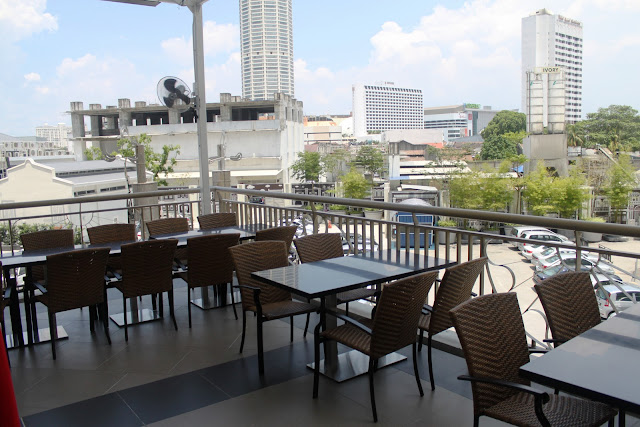 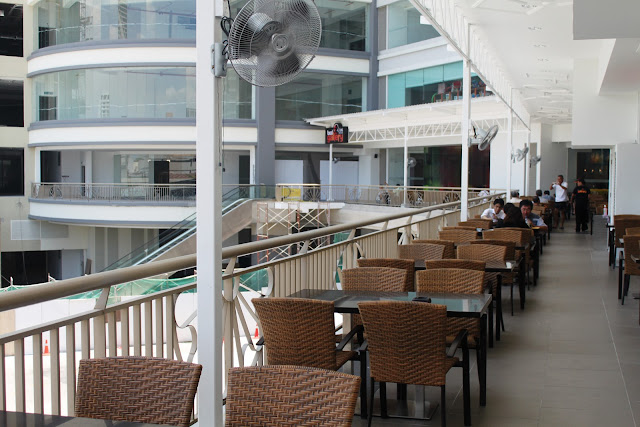 I must say that the management really took the effort in renovating the food court, i like their concept of having this outdoor session as smoking area, bt its quite cosy for chatting and chill outs. They are actually setting up an elevator that allows customers to gain access directly from ground floor to 1st floor, the food court. I would definitely choose to sit here if i were to have a chatting session with my frens, provided that the weather is not too hot. 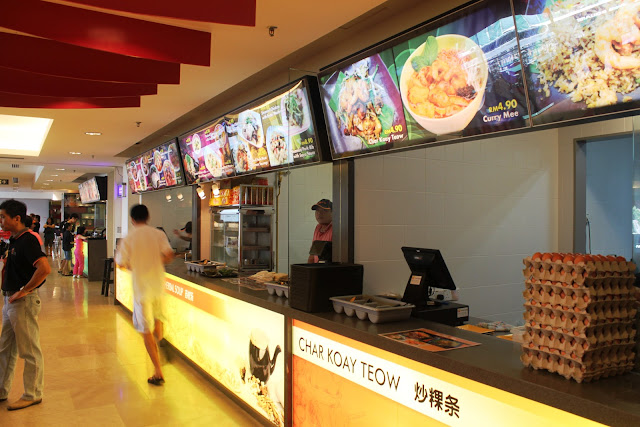 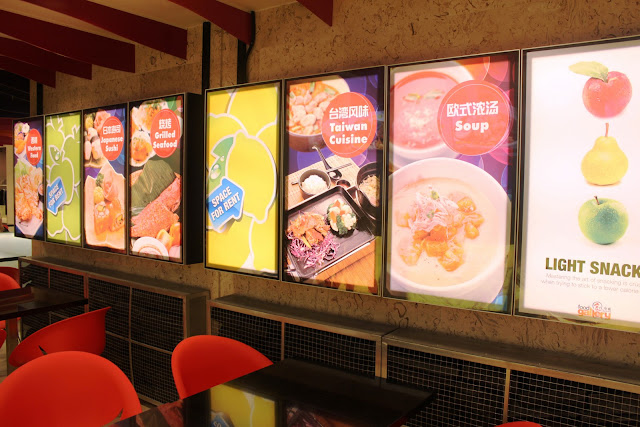 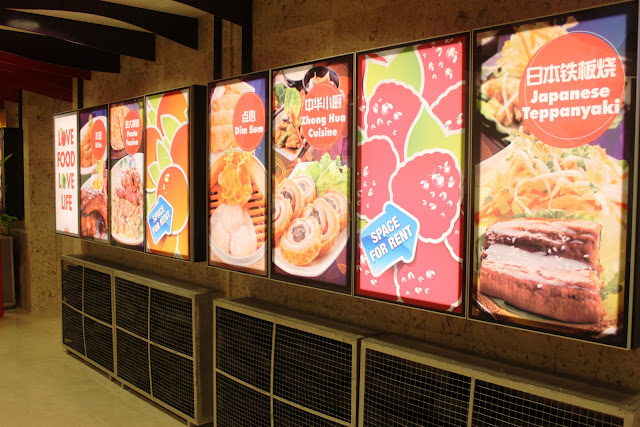 The food court is rather big and it needs some time for u to explore, so far the food i've tried were rather disappointing and over-priced, i hope the food wont be disappointing me again with my next visit and i think i should give other stalls a chance.
Labels: chinese cuisine, food court, georgetown, Japanese, shopping mall, times square, western cuisine