Located at tanjung tokong , xuan xin buffet steamboat is a rather economical restaurant for such quality buffet steamboat.....their variety for the steamboat ingredients isnt that great but they have some other special services/food such as grilling of meat , free flow of drinks and ice cream and even rojak(mixed fruits with some specially made sauce)etc....... 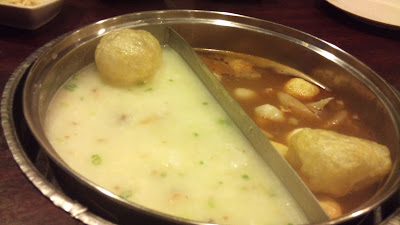 Basically there are 4 types of soup base u can choose from , congee , tom yum , chicken stock etc , we chose the congee and tom yum 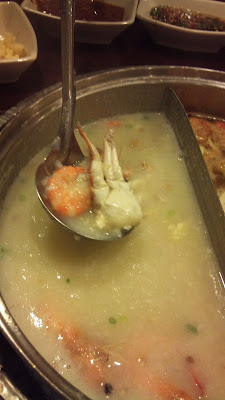 Their congee is simply tasty......with some self-added seafood in it , the soup immediately turned tastier after some boiling , esp with tonnes of shrimps and crabs.....highly recommende u guys to try this on =D 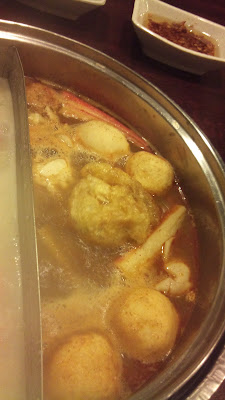 Their tom yum was just so so , lvl of spiciness and sour-ness were below my expectations , still good if u put in tonnes of shrimps XD(even plain water is nice to drink if its boiled with tonnes of shrimp) 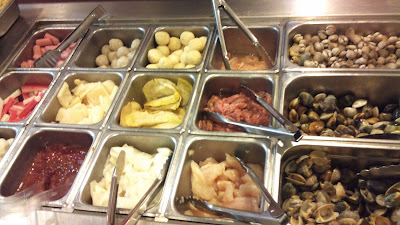 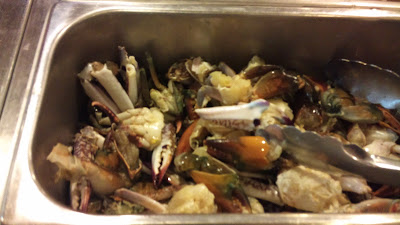 Most of their ingredients are fresh too , the crabs are the main character for this whole steamboat thing as they really can lighten the whole soup base up ^^ 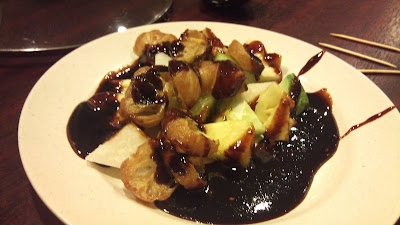 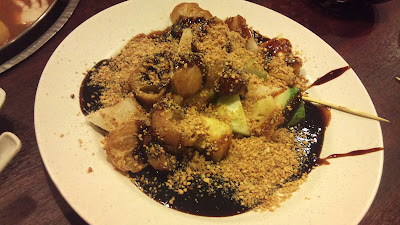 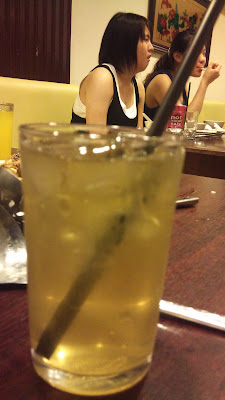 lol , wrong focus at this pic , it was ice lemon tea(free flow) , nt too sweet , suits me well as its nt that fattening =D 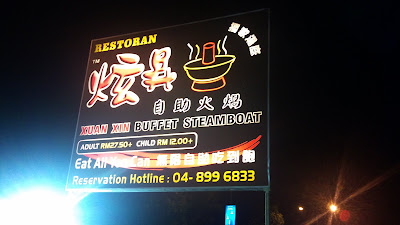 Xuan Xin Buffet Steamboat
Address : No 101 , jln tanjung tokong georgetown
Their services and the food were great however , wat annoyed me was there was a waiter , prohibiting me from taking photos from the food , wasnt that stupid enough , i blog about their restaurant for free but he actually stopped me from doing wat i like and wat benefits his restaurant.....noob !
Labels: buffet, gurney drive, seafood, steamboat, tanjung bungah, Tom yum