So my previous post on kampachi restaurant wasn't impressive enough due to my suck-ish camera , so i'll post it up again since i visited this restaurant again for their buffet dinner where my dad's company held its annual dinner here , so again, kampachi restaurant is located in equatorial hotel penang , so here are some 'better' quality pictures , lol : 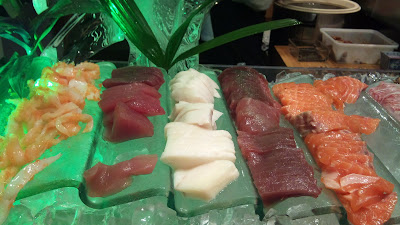 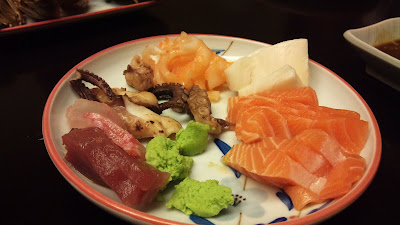 As u can see , there were 6 kinds of sashimi available at the sushi bar , tuna , salmon , squid etc.......and most importantly , they were damn fresh.....slightly dip them into soya sauce with some wasabi will be awesome =) 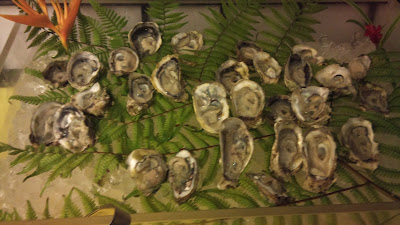 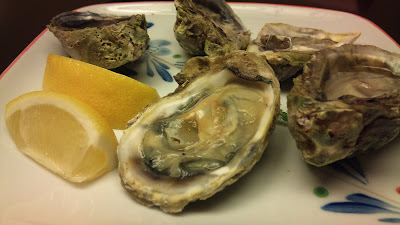 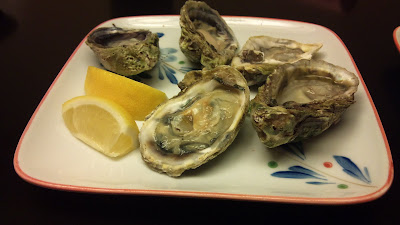 The reason for having dinner here is for their oysters , lol ..........their oysters are famous of being fresh and sweet , u wont get urself 1 if u don act fast , lol.......a little bit of Tabasco sauce and couple drops of lemon juice will be prefect to go with this ^^ 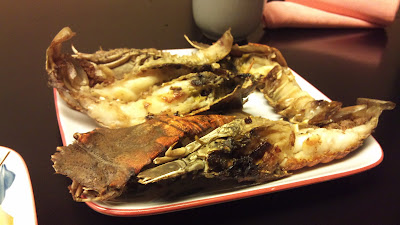 Baby lobsters or so called crayfish or something.......pretty decent , like normal prawns , but very fresh though 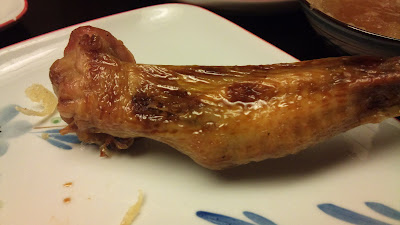 BBQ chicken wings with some sort of sauce........pretty crunchy in the outer layer and tender inside , but its abit too sweet for me though 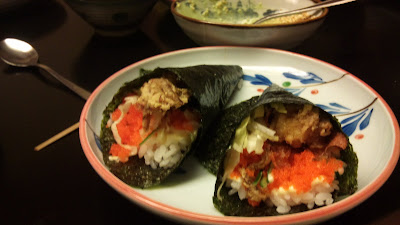 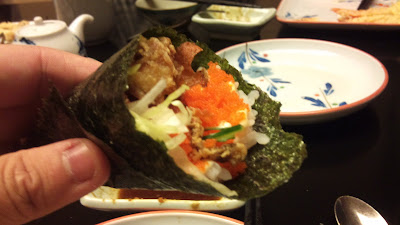 Soft shall crab in california roll........u wont find these in the displaying tray outside , instead , u need to ask them to make 1 for u at the sushi bar......btw , i requested them to put more salmon roe on it =D 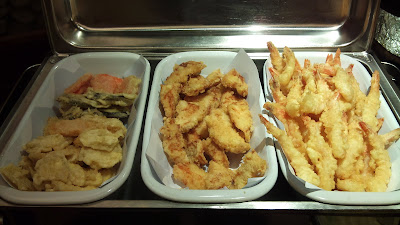 Tempura.....their tempuras were freshly fried and they have a wide selection which they have fish other than vege and prawns , i like their fish , very crunchy on the outside but the meat was tender , u don have to dip anything to enjoy them if they are fresh enough, though some ppl prefer to dip them in soya sauce 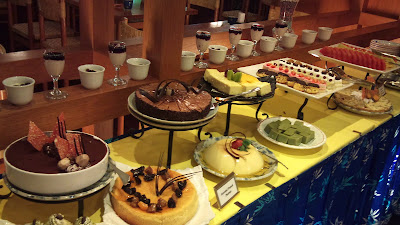 I believe every lady on earth favours desert , as one being said , women always has a second stomach for desert ,and kampachi offers tempting desert and most importantly , they werent too sweet 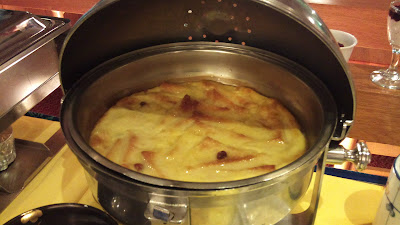 Butter cake pudding or something like that , it has a pretty heavy buttery flavour , works well with a spoonful of melted custard on top =) 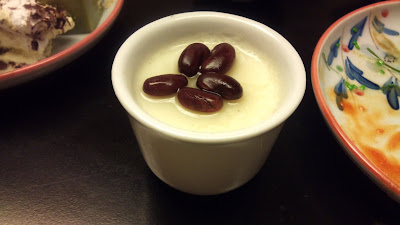 Some sort of soya milk pudding i think , tastes decent , not too sweet These were my attempts , the greenish thing was some sort of green tea pudding , but the texture sucks , so soft.......others were quite well though , esp the tiramisu(the left most creamy thing)........its like tiramisu with cheese cake and the cream did a great job here 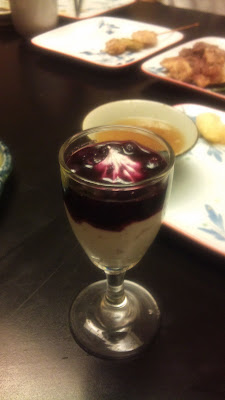 Some strawberry mousse......sour but kinda sweet , don really like the texture , its like chewing foam as we all know mousse is made from cream and eggs 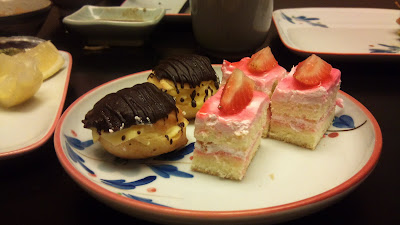 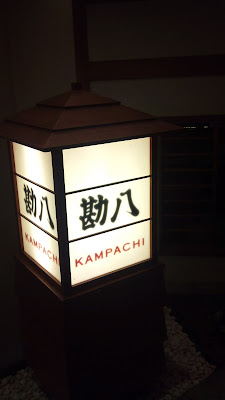 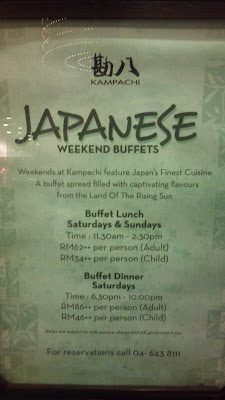 Was too full to try others , they still have free flow ice cream , cold noodles(soba or ramen) , japanese fried rice , sukiyaki , teriyaki etc......just in case u cant see it , price for a person for dinner is rm86++ whilst lunch buffet is at rm46++ per person but do note that there isnt any lobsters , oysters nor california roll available =) and lastly, 読書のおかげで みなさん ^^
Labels: bayan baru, buffet, bukit jambul, grill, Japanese, ramen, seafood, sushi rolls