Had lunch or rather high tea with mom just now , decided to check out this restaurant as we read it from a magazine introducing this restaurant , and it looks interesting from the picture in that magazine,so its located in the permai's area ( near to TARC college) , less than 5 mins from TARC college i would say , they serve english tea and some cakes mainly but they do serve some pasta and a couple of western food as well.........so below are our attempts on this restaurant : 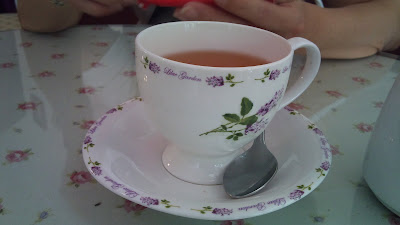 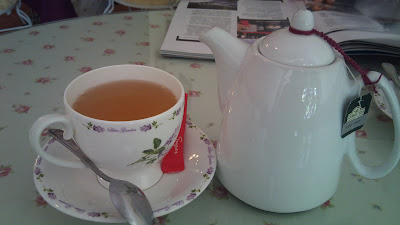 Their cups are beautiful arent they , but too bad , they are not edible , XD , we tried on their early grey and english breakfast tea......taste alike to me though, but we were told that the tea was imported from london ,but too bad , i never like these kind of things b4 though =P 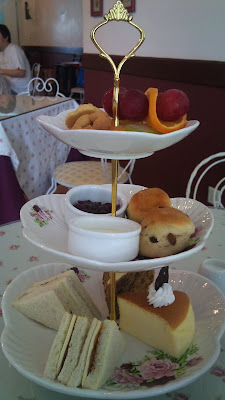 Heres the main character of the day , donno wat this thing is called , i just know that whenever u went for a high tea , this thing must appear on the table , lol , the lowest layer shall be eaten first , and the top will be the last , this serving is for 2 person btw (rm35.90 including the drinks--tea) 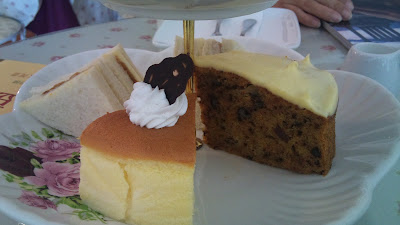 The first layer consists of 2 sandwiches and 2 slices of cakes , sandwiches were tuna and cheese , cakes were cheese cake and fruit cake , cheese cake was kinda moist and smooth , fruit cakes were a bit too sweet for me but still good enough though , the cream that layered the fruit cake was superb , i think its made of cheese =D 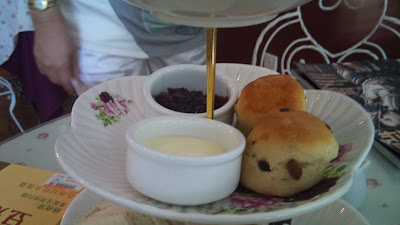 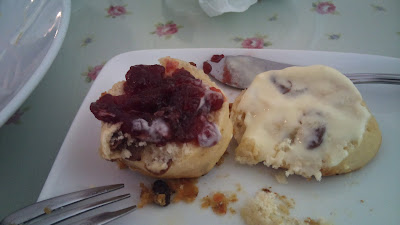 Layer 2 has 2 scones with 2 choices of jam , the scones were awesome , fluffy texture works well with the home-made jam , strawberry and the other was some sort of cheesy jam with heavy buttery taste 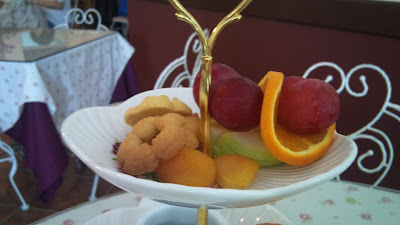 The last layer has some fresh fruits , a couple of dried peach and 4 cookies.....cookies were crunchy and has a strong buttery flavour , a bit sweet though 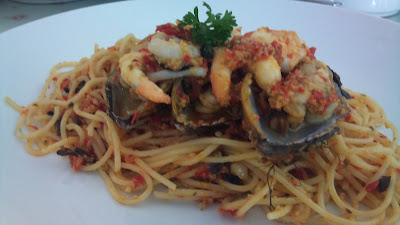 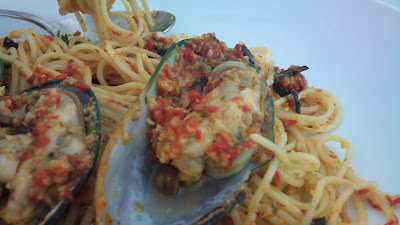 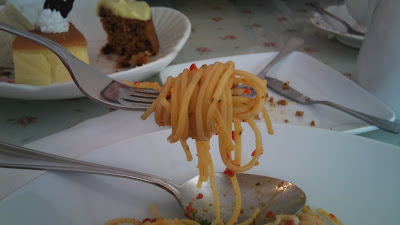 My seafood spicy olio pasta (rm19.90) , the seafood were fresh , esp the prawns , they were just perfectly cooked , using the aroma of spices , chilies and garlics , together they created a very special dimension and the texture of the pasta is just perfect too , highly recommend this =O 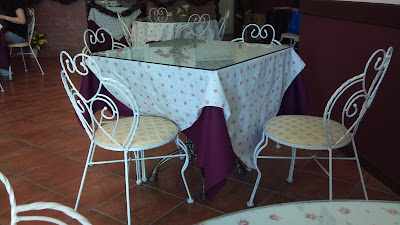 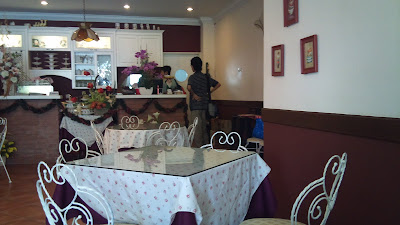 As u can see ,the interior design of this restaurant is very "english-style" as the lady owner was previously studying in england for 3 years , the environment was rather good as well , suitable for chit-chatting with frens =D 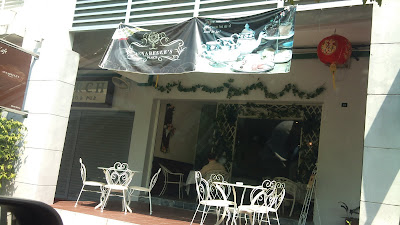 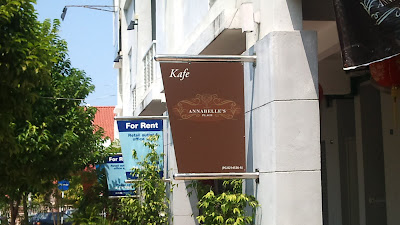 This restaurant is facing a children's playground(casa permai's area) , there is NO tax or service charge at all , prices are at nett price =)
Labels: coffee, high tea, tanjung bungah, western cuisine