An extended branch of Rizq Bistro, one of the famous and well-established Western-Arabic restaurants at Nibong Tebal area; Meqrizq By Rizq Bistro offers some of the best sellers from Meqrizq which comprises of an enviable blend of locals' favorites and Arabic-influenced delights. The restaurant boasts over its unique cooking method, in which some recipes are brought over from Yemen... with some tweaking to suit the local palates. With most Malaysians open to the Middle-Eastern flavors, the proprietor hopes to introduce more Arabic flavors at wallet-friendly prices. Some of the signature dishes of Meqrizq include stringy Cheese Naan, Middle-Eastern spiced Basmati Rice and roasted Chicken etc. Meqrizq can be found at Quartermile, Bayan Baru (next to One Precinct).

Many Thanks to Meqrizq for hosting us. 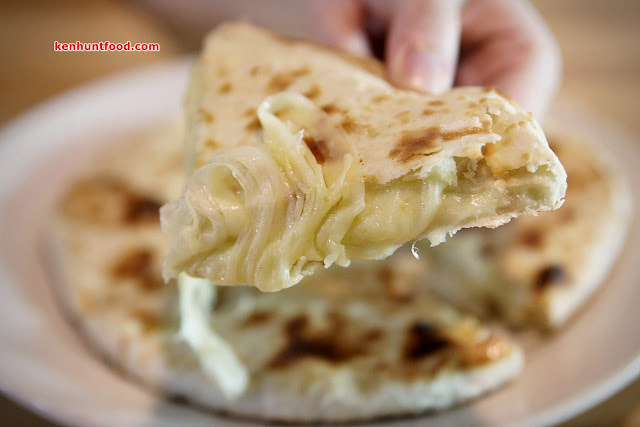 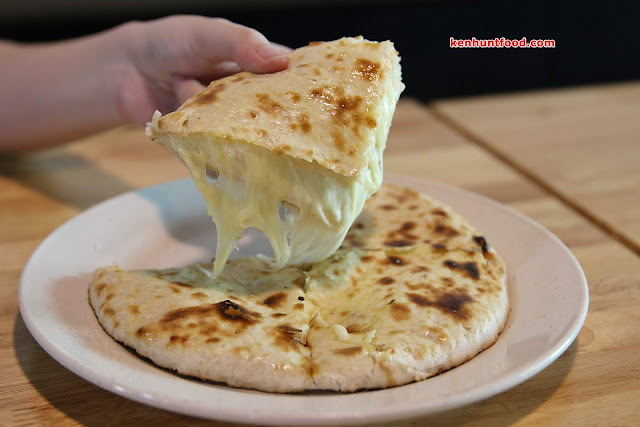 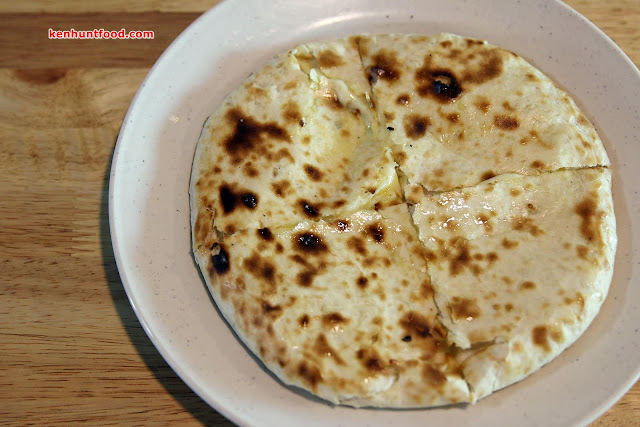 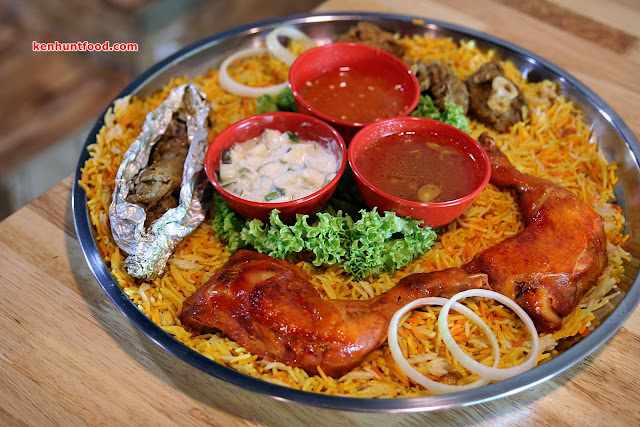 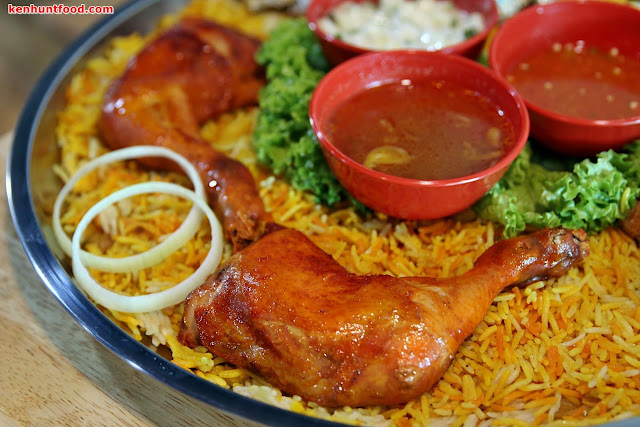 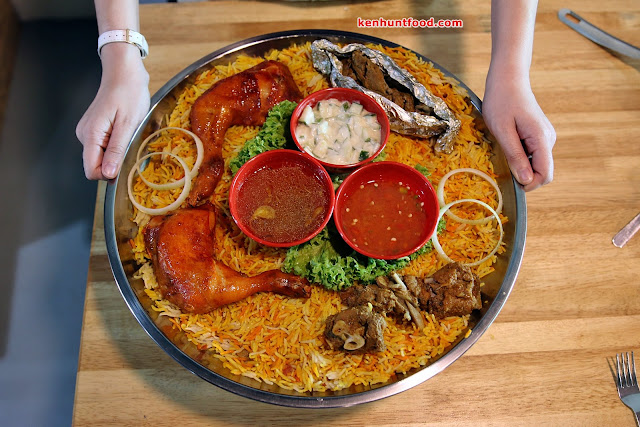 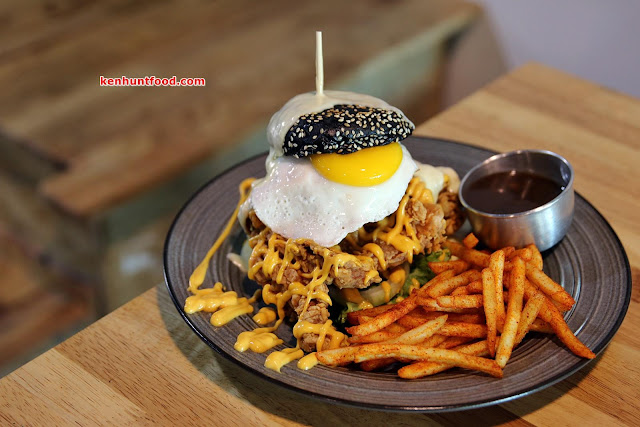 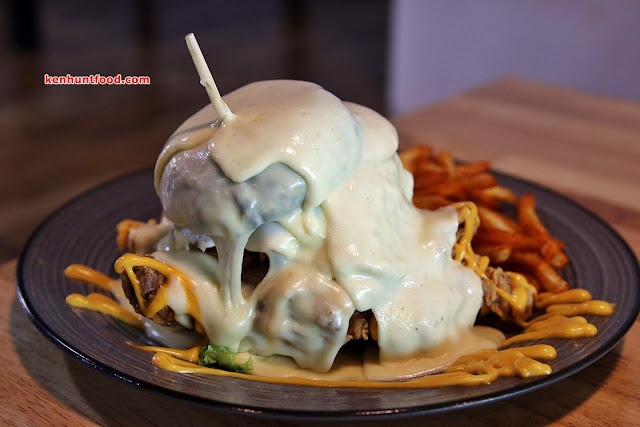 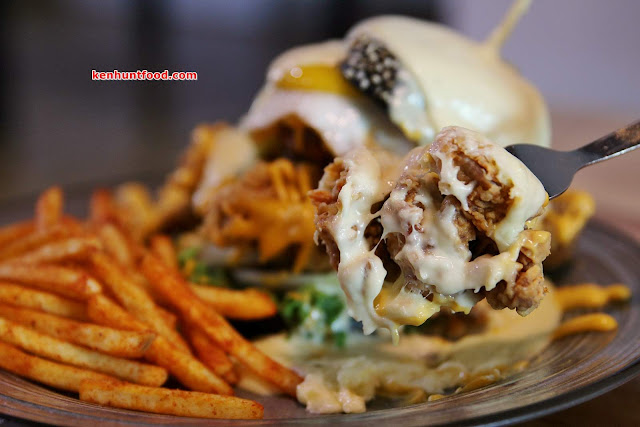 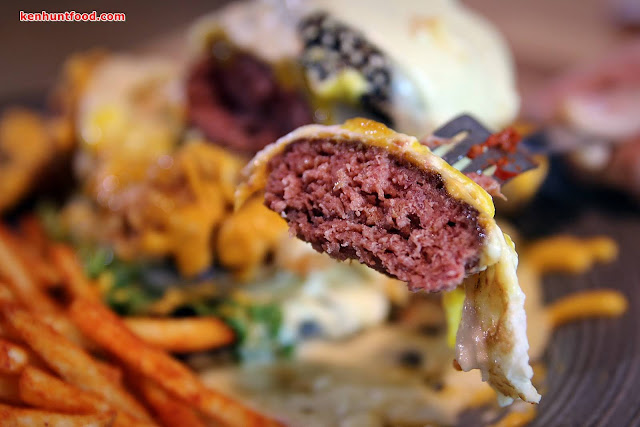 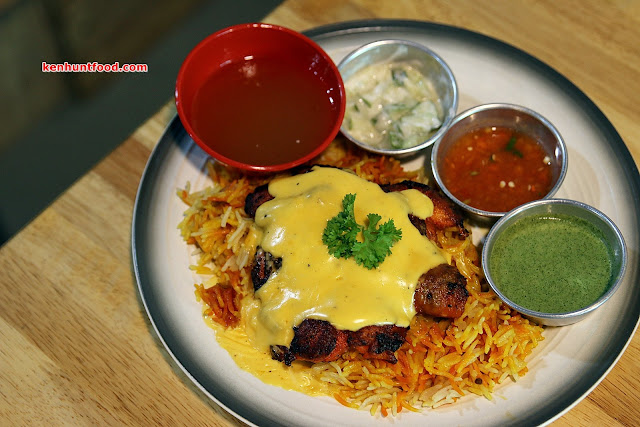 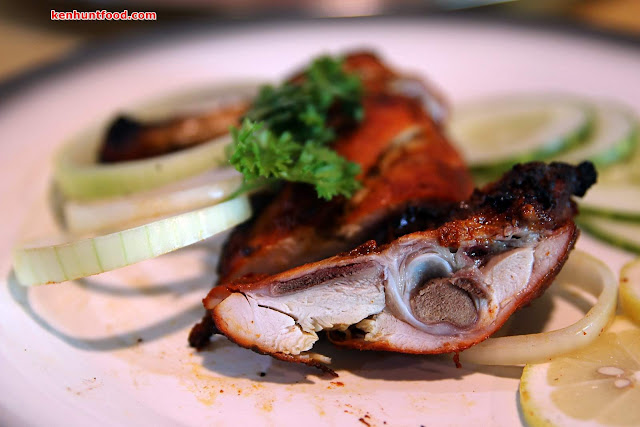 One of the most ordered dishes at Meqrizq would be Naan Cheese Leleh.... stringy, melted Cheese being sandwiched between soft, fluffy Naan bread. Some butter will be brushed on the surface before serving to the table, as a result of that, an irresistible buttery fragrance can be detected... followed by a dangerously addictive stringy Cheeses with a savory note. Home-made Peppermint sauce will also be provided for a more refreshing touch and to cut through the creaminess; with such combo, it will not be monotonous even after a few bites. To complete the meal, it often suggested to go with the Tandoori Chicken... well-marinated and carefully cooked. Unlike the stereotypical Tandoori Chicken which can be extremely dry, Meqrizq's rendition is surprisingly tender and succulent.

If you are dining in a group, go for the Set Talam Mix which would easily fit for 4 diners. It is gigantic portion of Middle-Eastern spiced Basmati Rice served with roasted Chicken and Lamb. One of the main selling points for the Basmati Rice would be the texture.... unbelievably fluffy and light yet, maintaining its moisture. Unlike those cooked in claypot which usually will end up being too dry, Meqrizq's version is uniquely delicious. Good on its own but even better with the home-made Yogurt and Chili dips. The roasted Chicken is not to be forsaken as well; marinated for one full day and steamed over low heat for 40 minutes, the Chicken is certain to be juicy and tender. One of the better versions that we've ever had.

For Western option, the Black Burger Bossku is a popular item- Charcoal Burger Bun sandwiching home-made Beef Patty and Fried Chicken served over melted Cheese sauce... with a side of seasoned Fries. The Cheese sauce needs no further introduction... what makes it special is the hefty Beef patty, expertly cooked and reasonably seasoned. It has a good meaty texture with discernible Beefy flavor. Also mention-worthy is the seasoned Fries... almost similar to McDonald's shake-shake Fries but unique in its own ways. 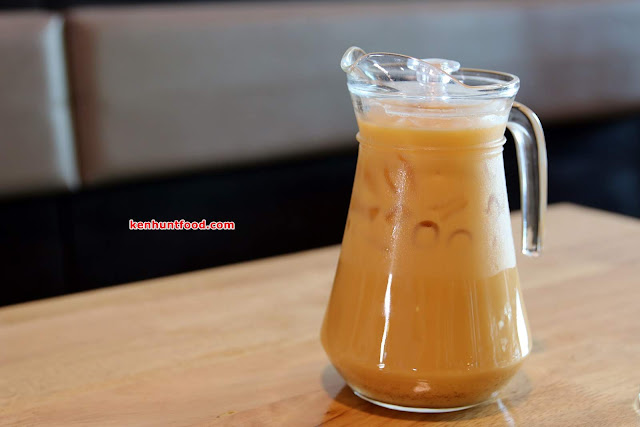 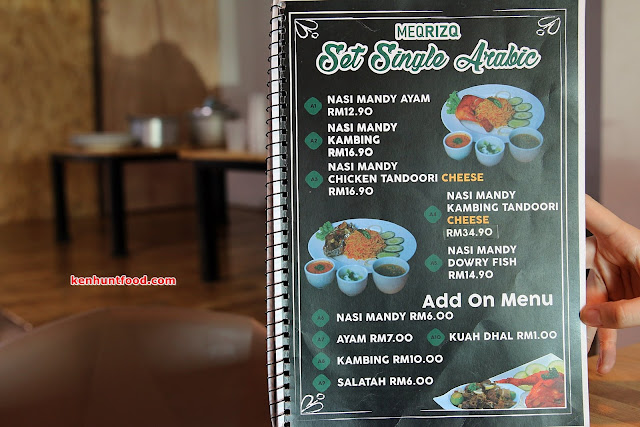 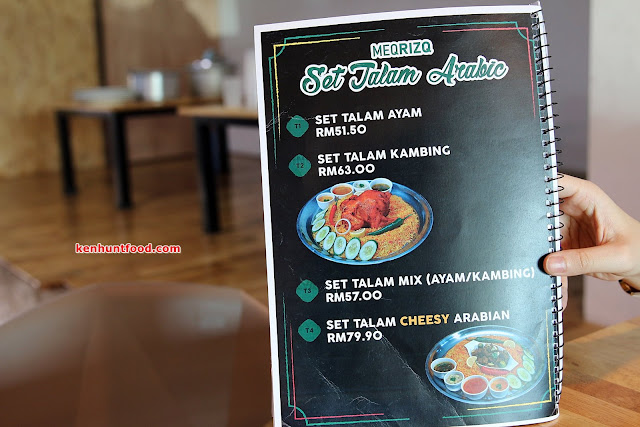 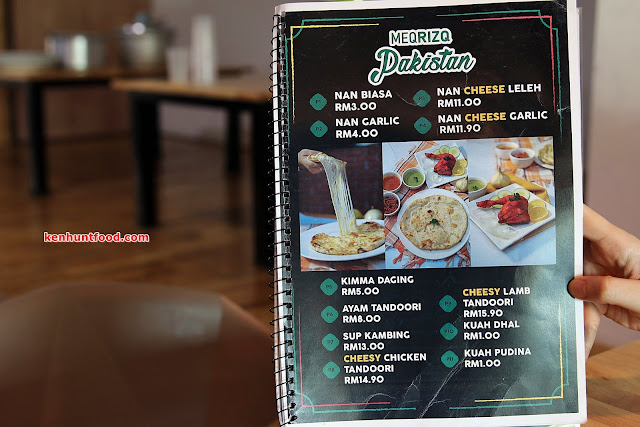 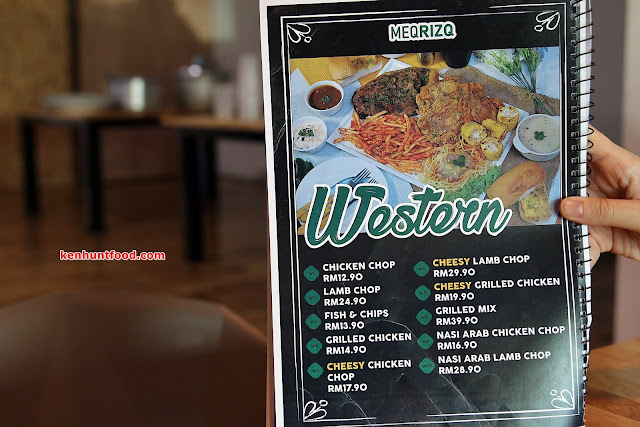 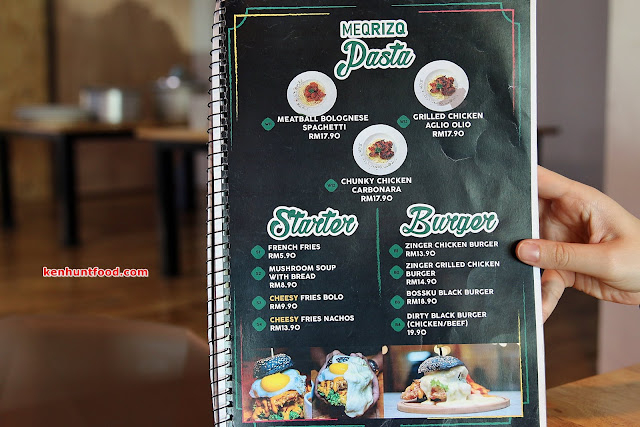 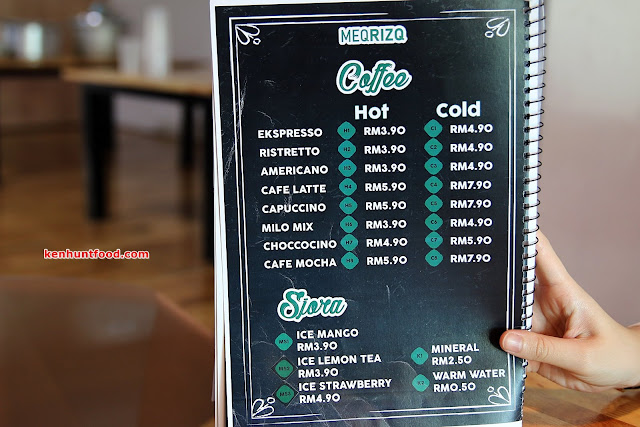 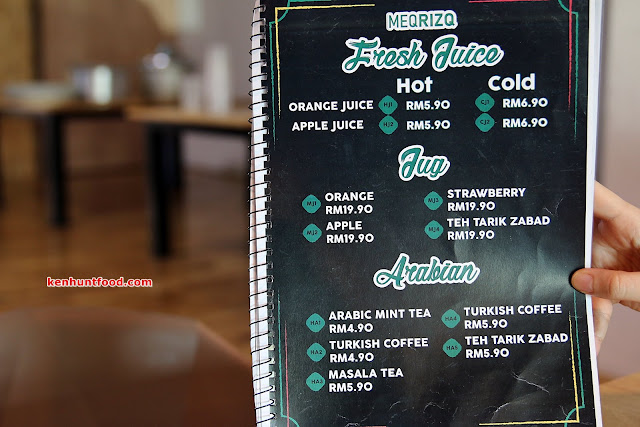 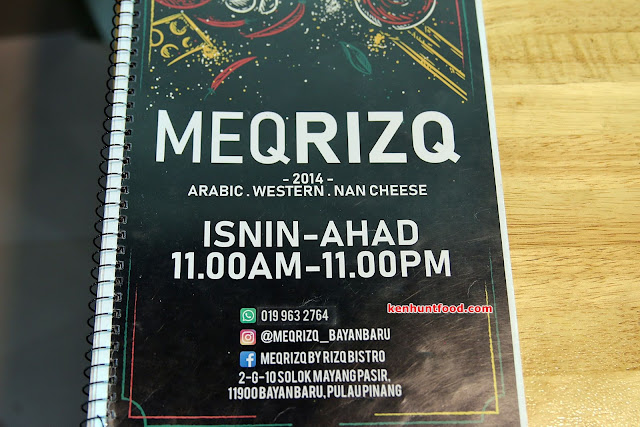 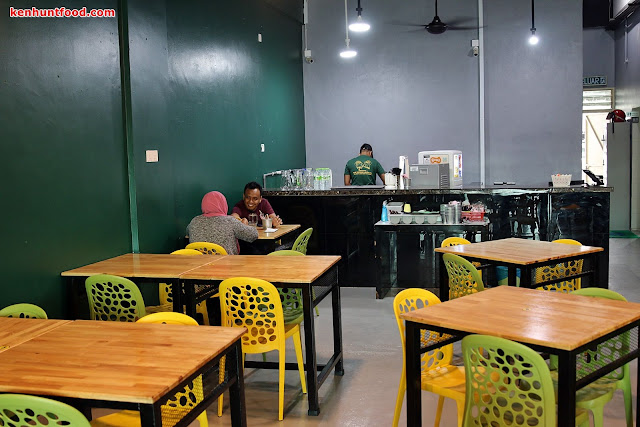 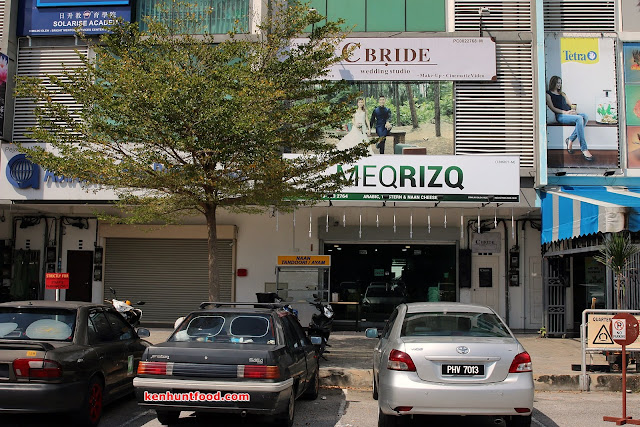