Tanjung Bungah area has a fair share of Korean Restaurants but there is another one sprouted out lately. Jung Won (情園) took a prominent spot along Jalan Mount Erskine, opposite to the wet market. It should not be hard to spot the restaurant, a huge semi-detached house with an eye-catching red banner hanging outside. The newly opened Korean Restaurant specializes in two offerings- Steamboat/ Shabu or Barbecue; with a small menu consists of some noodle-dishes and alcohols. The restaurant has a minimalist interior decor but we thought there could be some improvements on air-ventilation; attentive service, reasonable prices, I can see myself returning for the Shabu-Steamboat again in the near future. 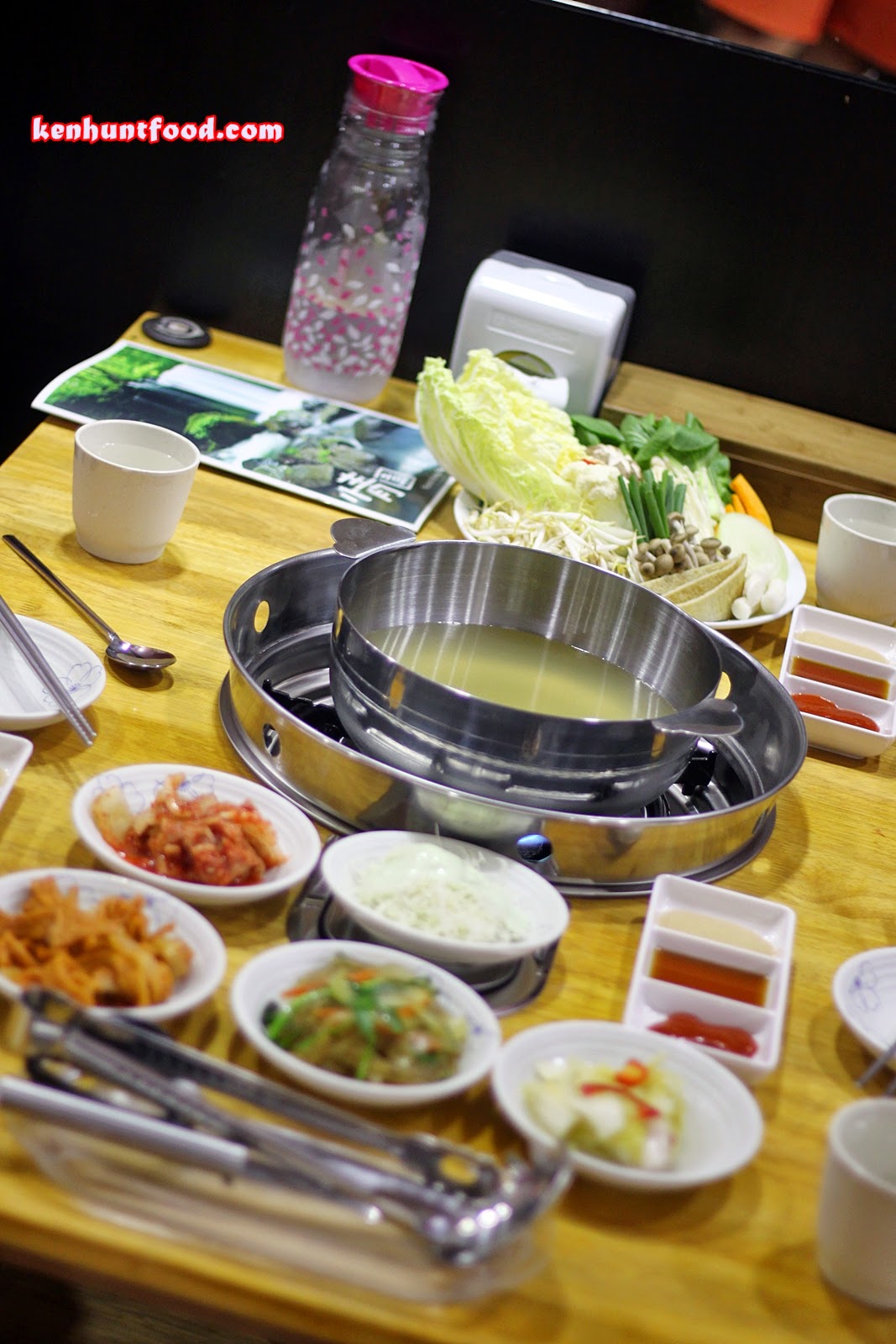 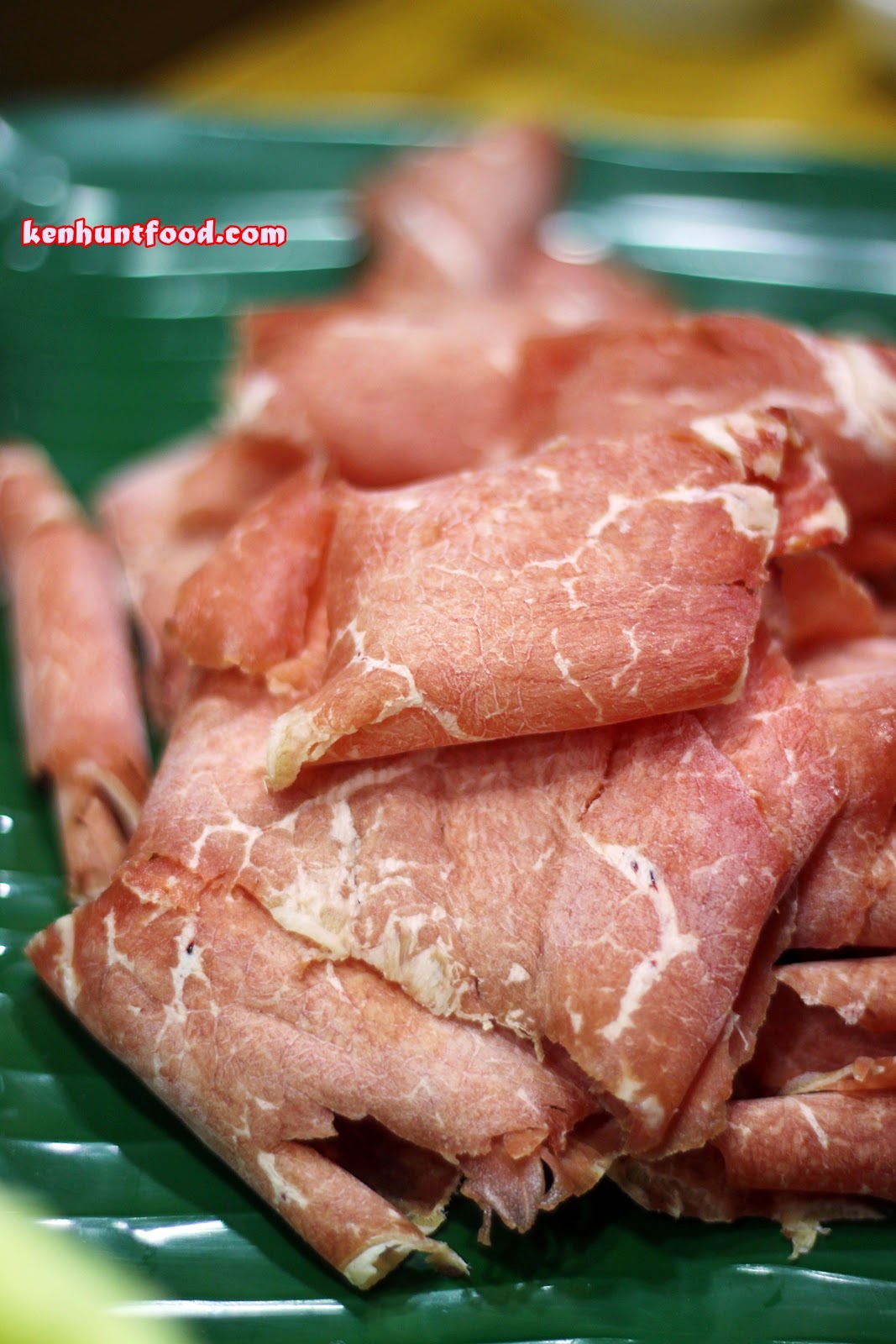 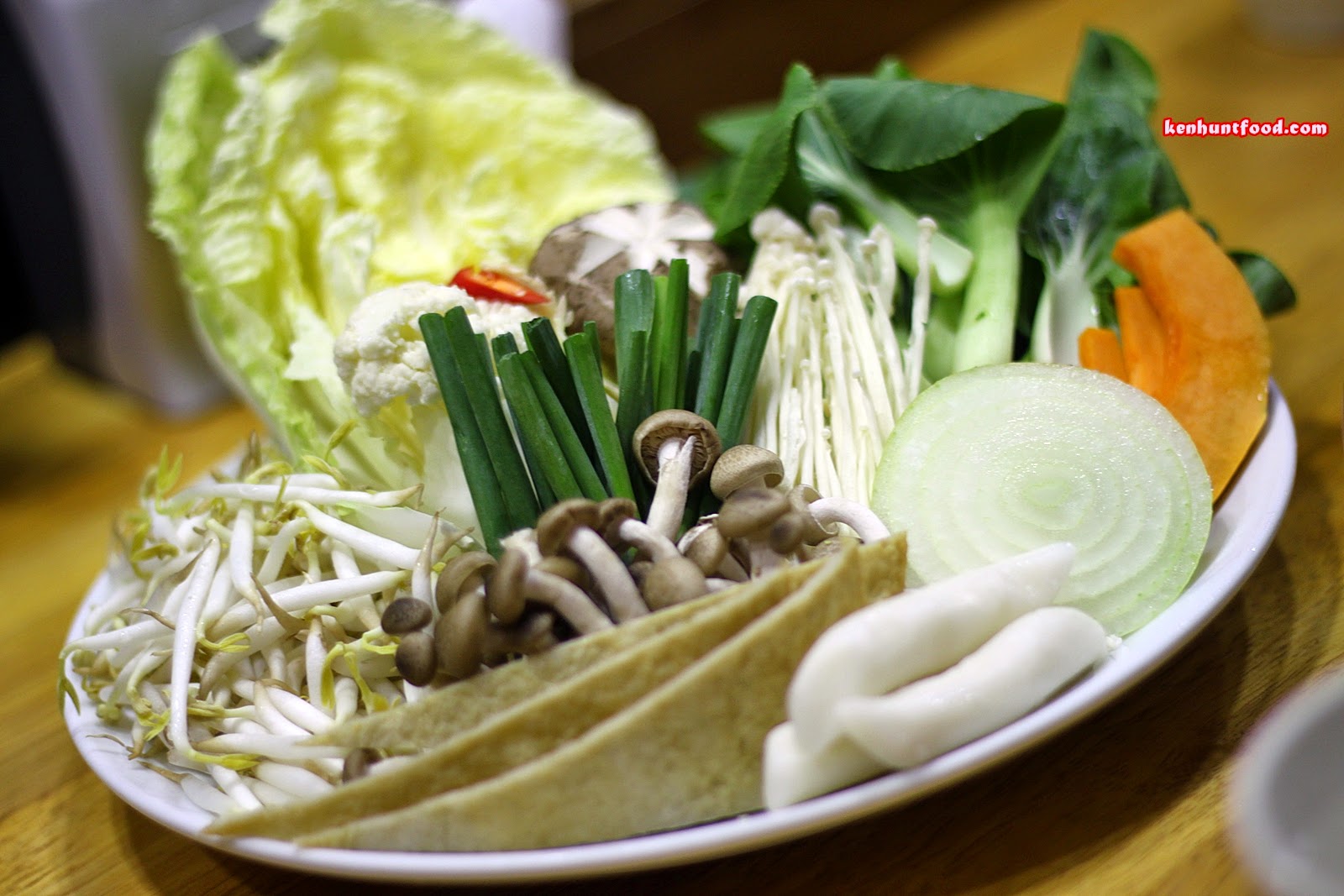 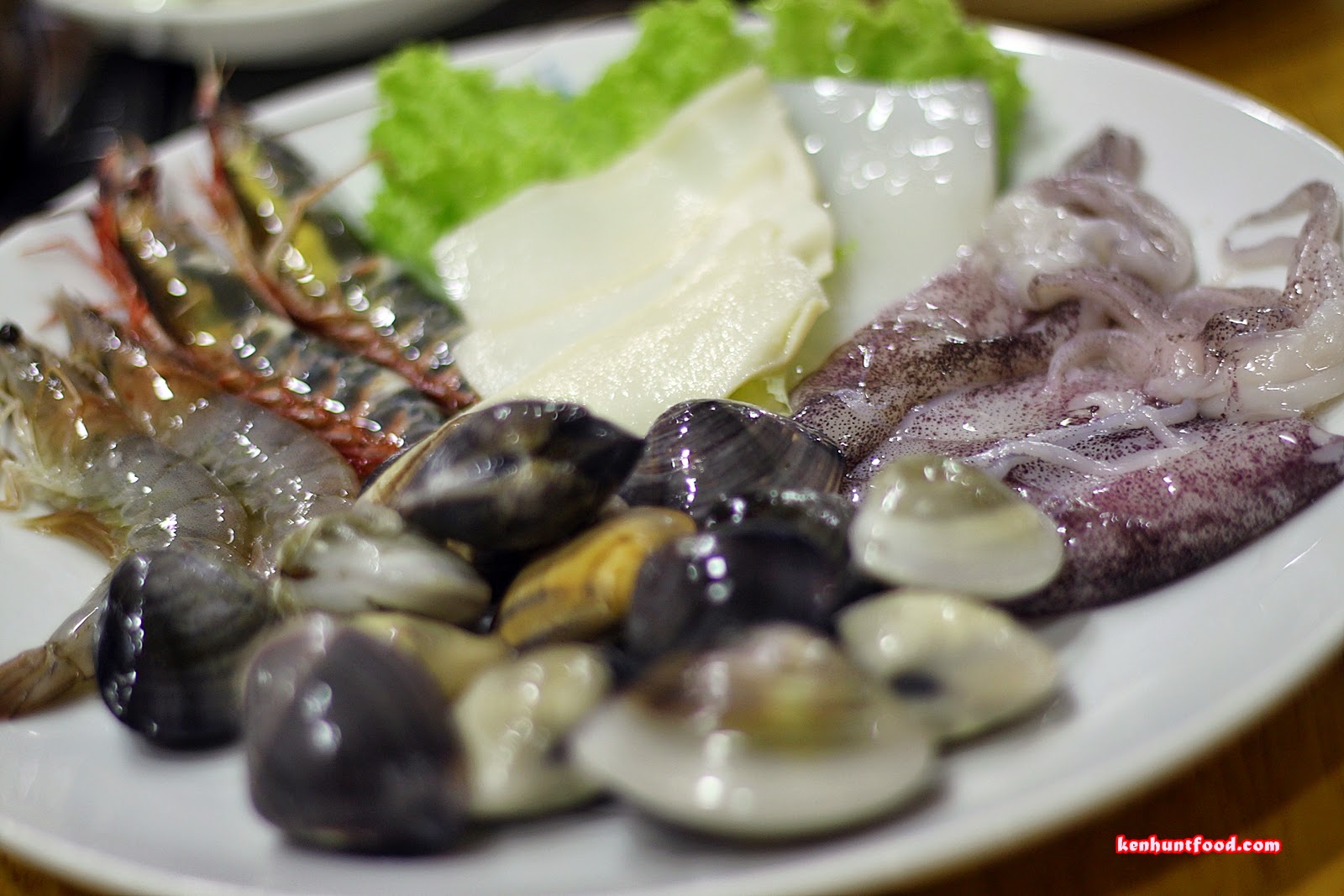 We started with Beef Shabu Set (Rm 28) and Seafood Shabu Set (Rm 28). The Beef Shabu Set comes with a huge pile of thinly sliced meat while the Seafood Shabu Set comes with a measly portion of Seafood. The difference can be quite apparent; as far as value is concerned, Beef Shabu Set seems to score better. The crystal clear broth was subtle and the sweetness of the vegetables spoke for itself (after being simmered in the broth). No lackluster in condiments, Jung Won provides Sesame Sauce and Korean Sweet Soya Sauce as dips; both worked well with the Beef. A minimum order or TWO sets is required for their Shabu set but the hearty portion might be good enough for three small eaters. There are three options available for Shabu- Seafood, Beef and Mushroom. 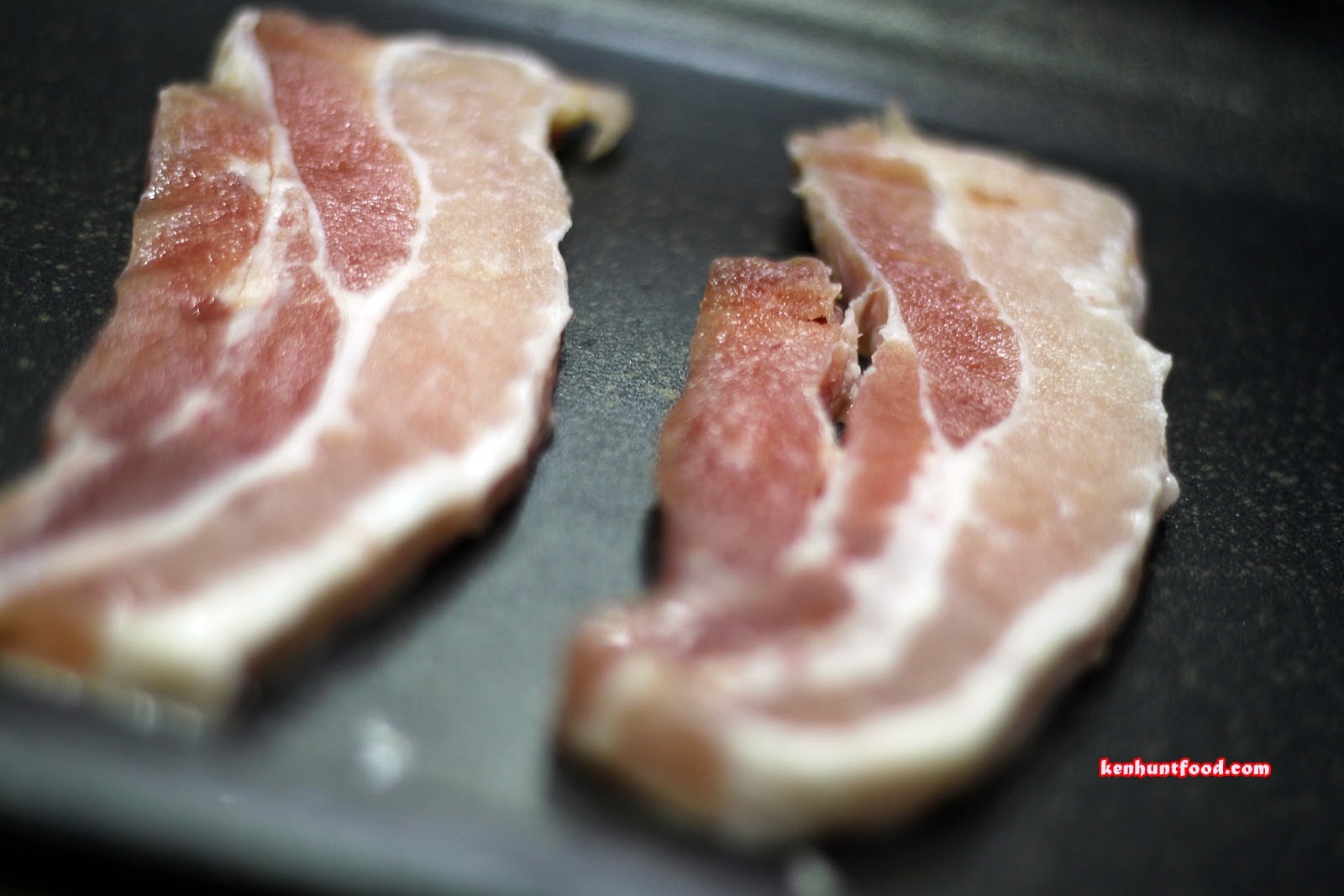 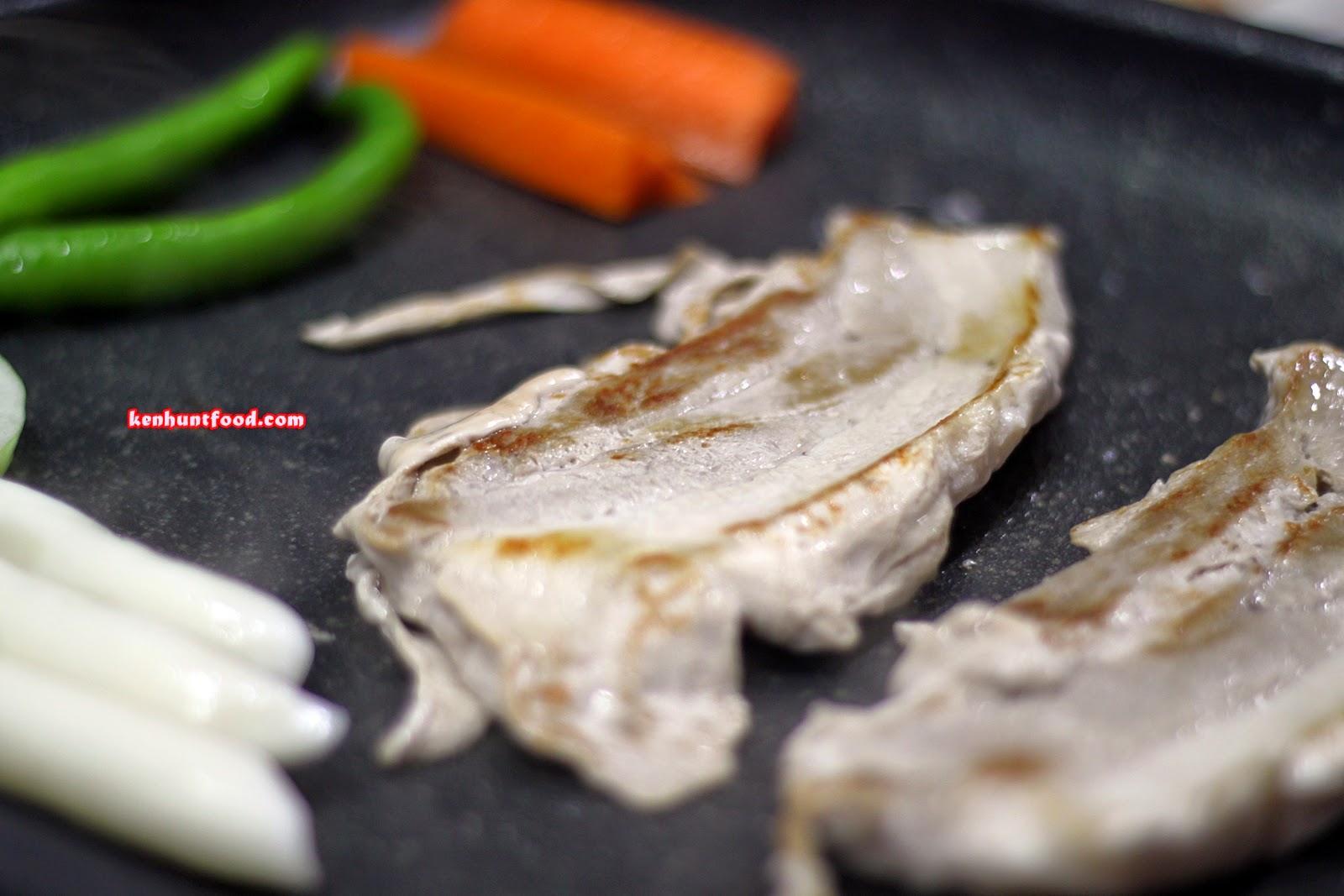 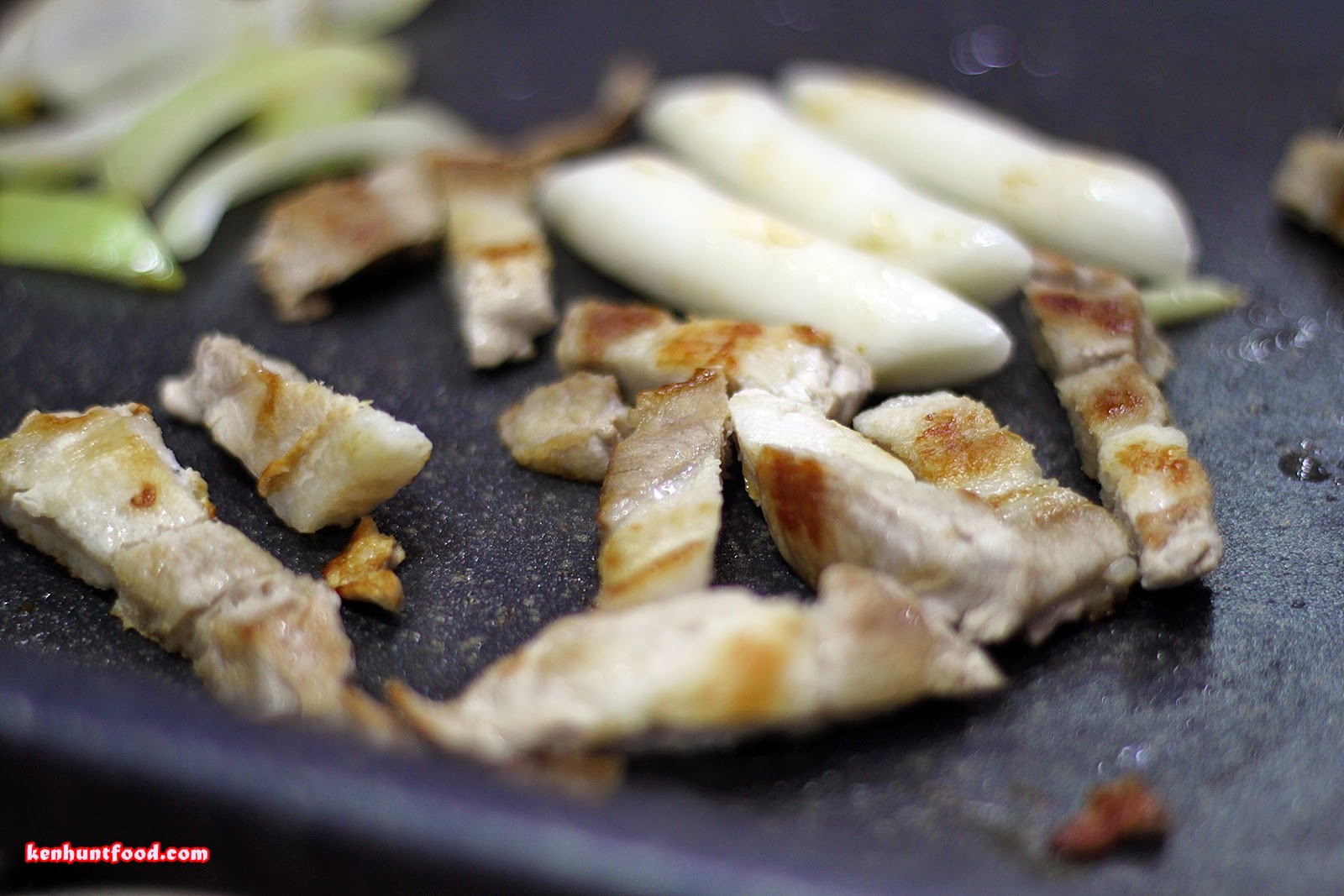 Samgyeopsal (Rm 29), on the other hand, was a disappointment. The thick slice of Pork Belly was lightly seasoned and marinated with Egg White. The meat was sliced thickly that it affected the entire texture- rough, dry and rather bland. Apart from the texture, we thought the flavor was not quite impressive either. The order comes with some Korean Rice Cake, Onions, Carrots and Chilies. 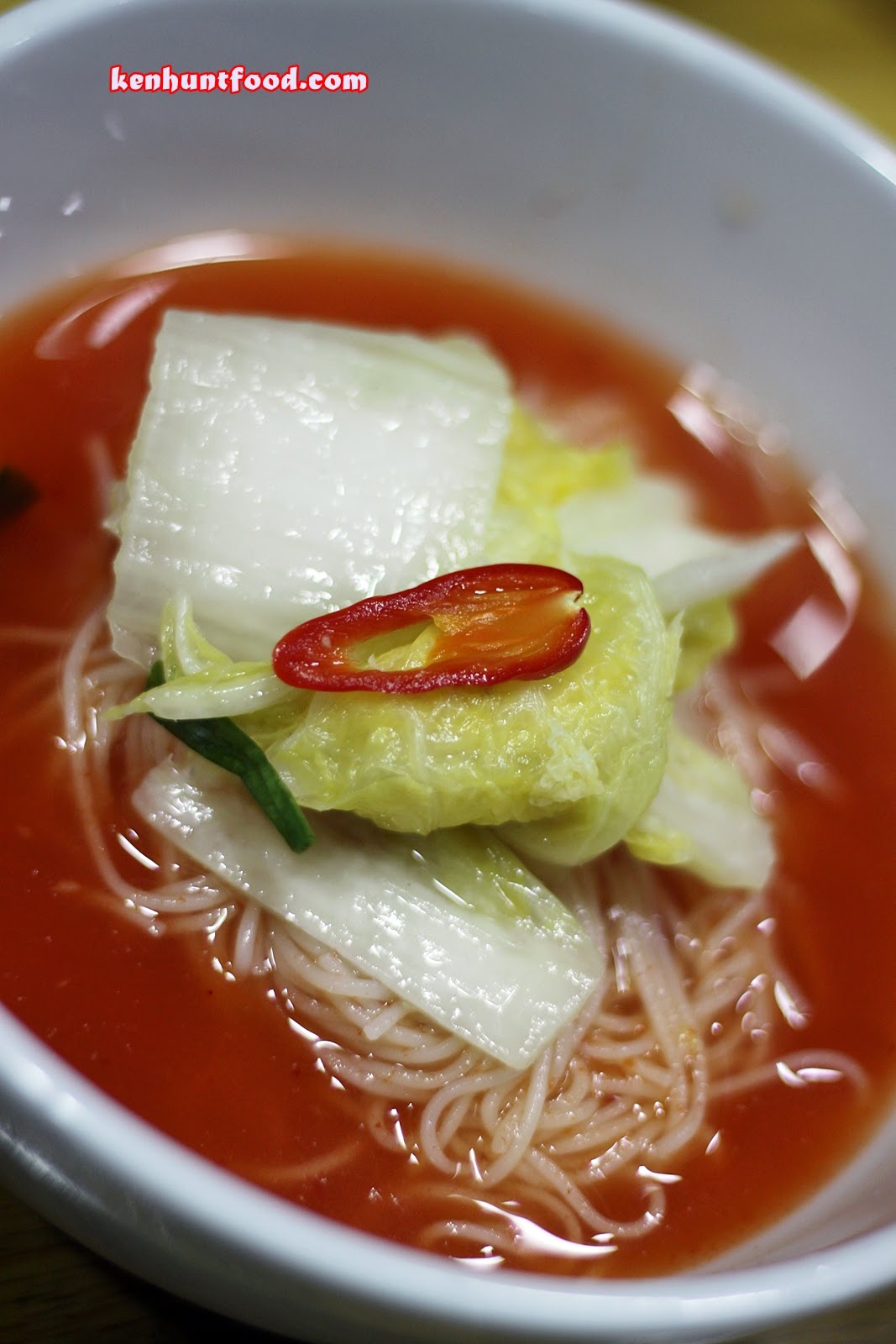 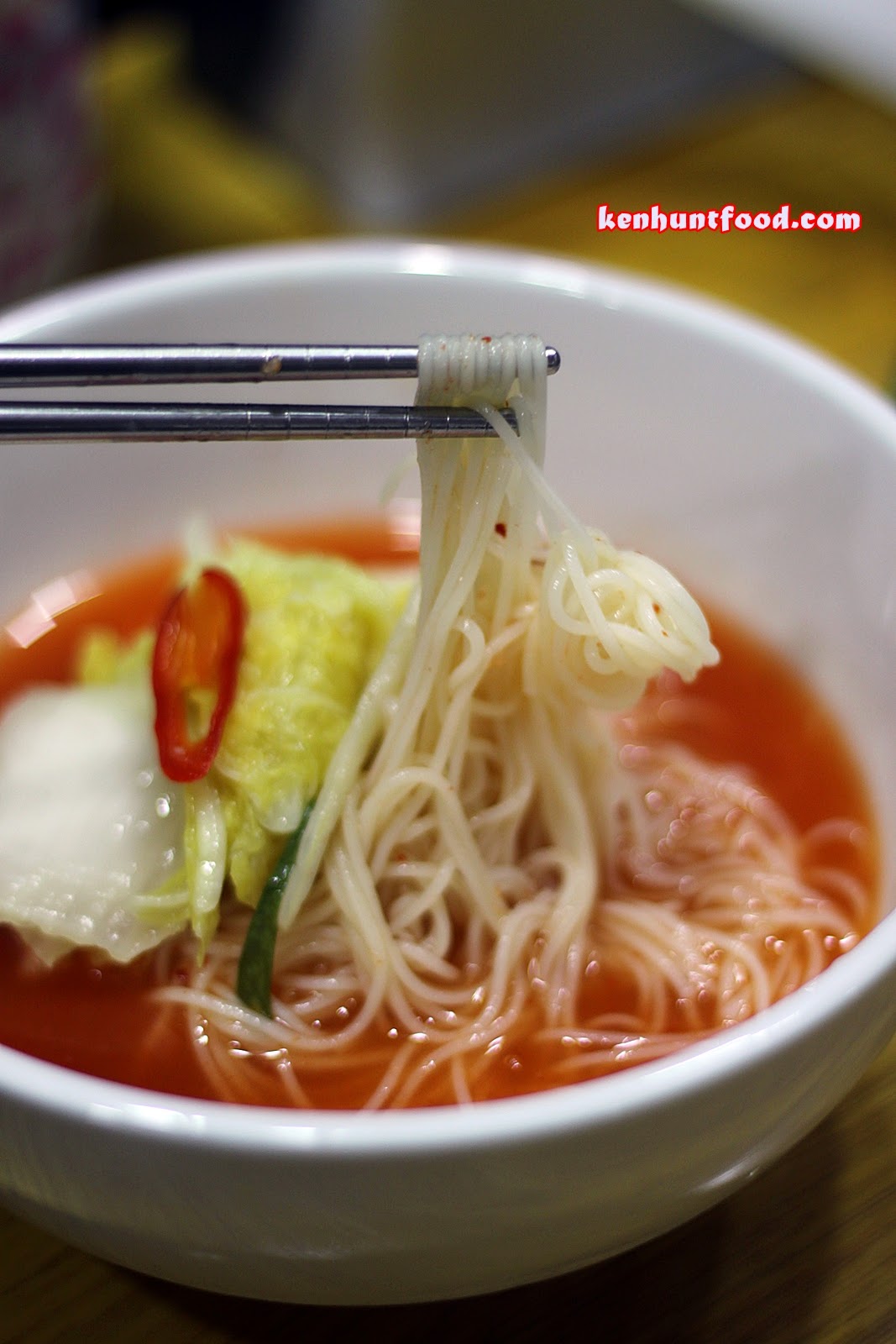 Kimchi Somyun (Rm 7/ small)- thin white wheat noodles being served together with refreshingly chilled Kimchi broth. It shares the same taste as Kimchi but a milder version. Nothing spectacular about the dish but it would be a great add-on to be shared amongst the diners. 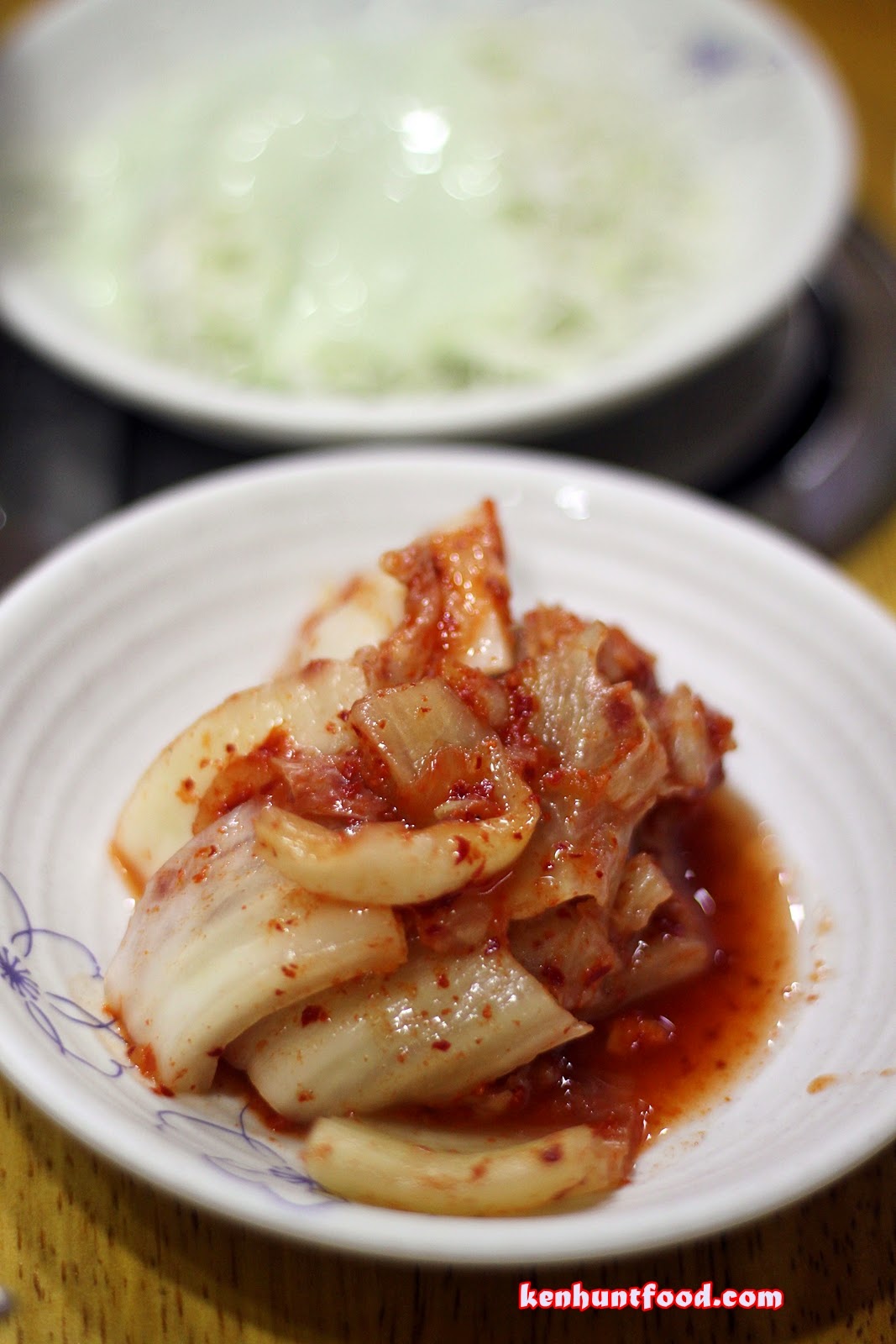 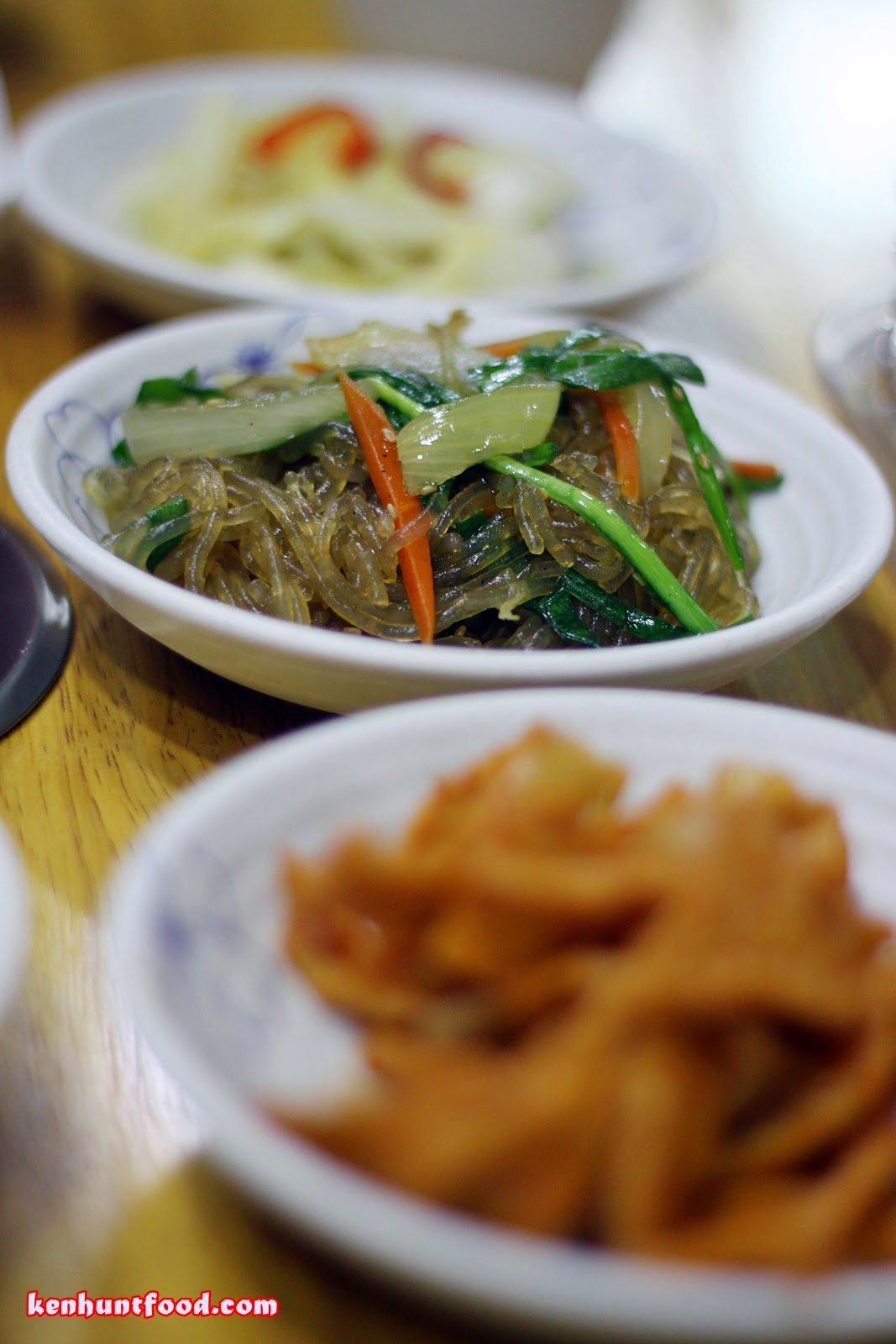 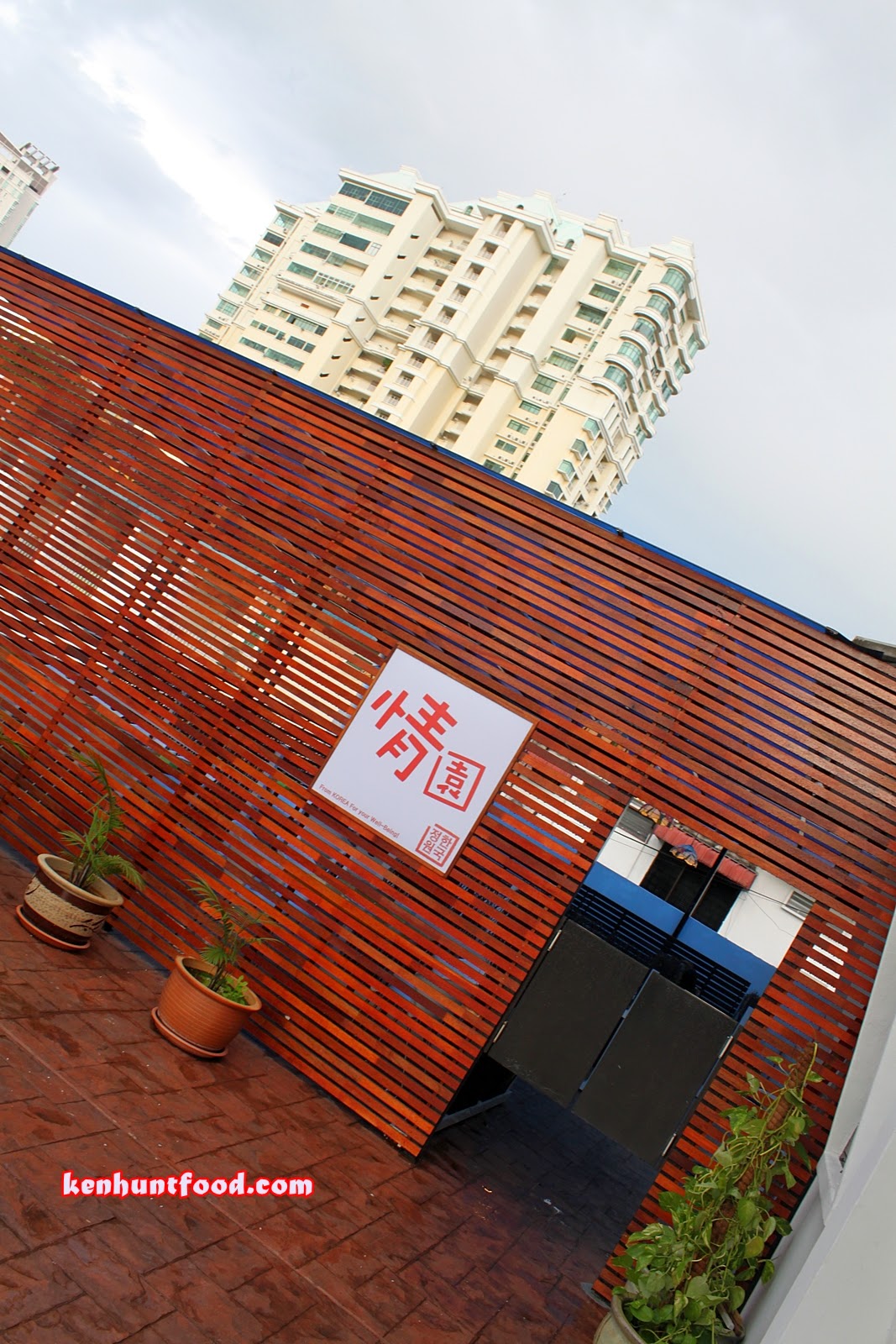 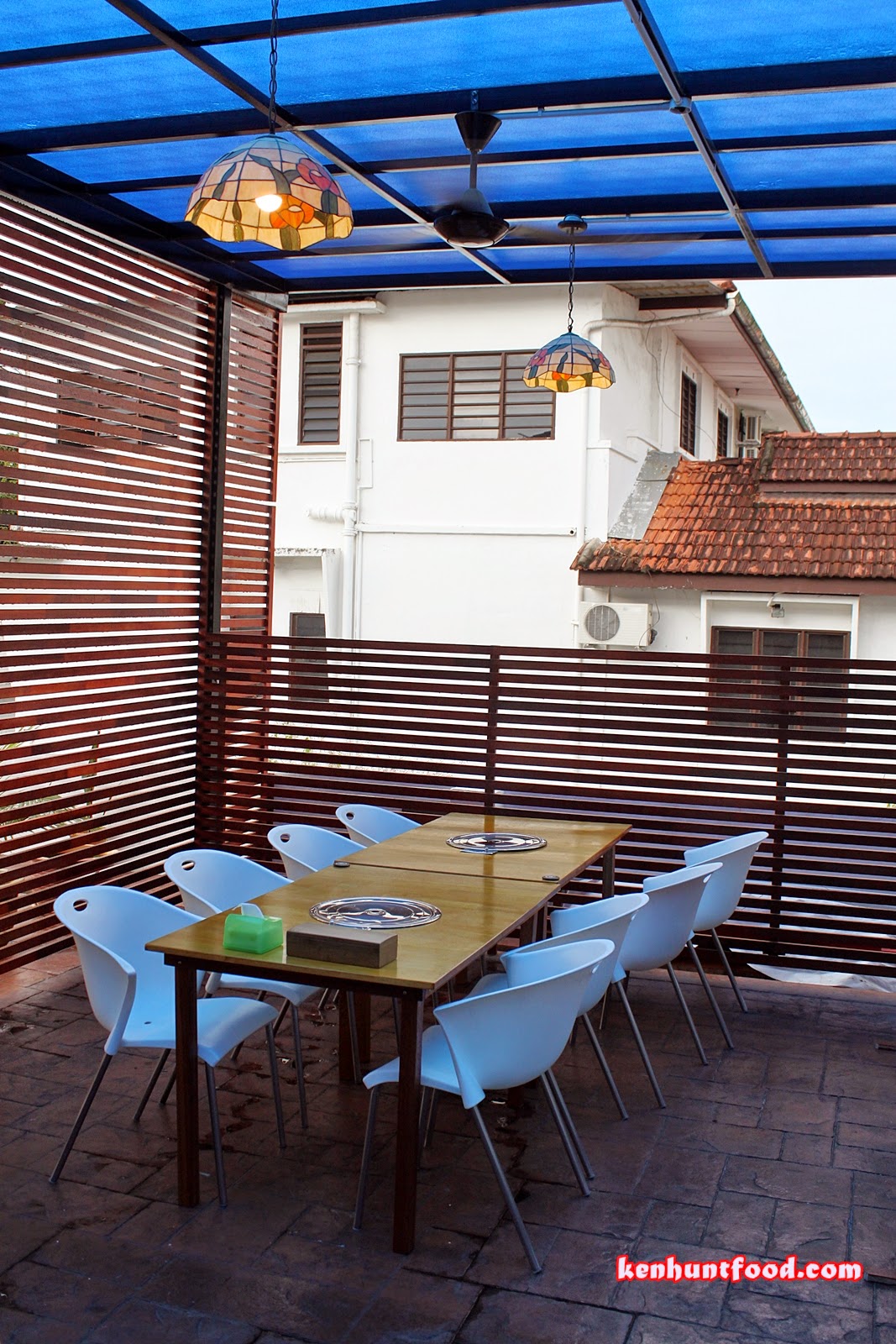 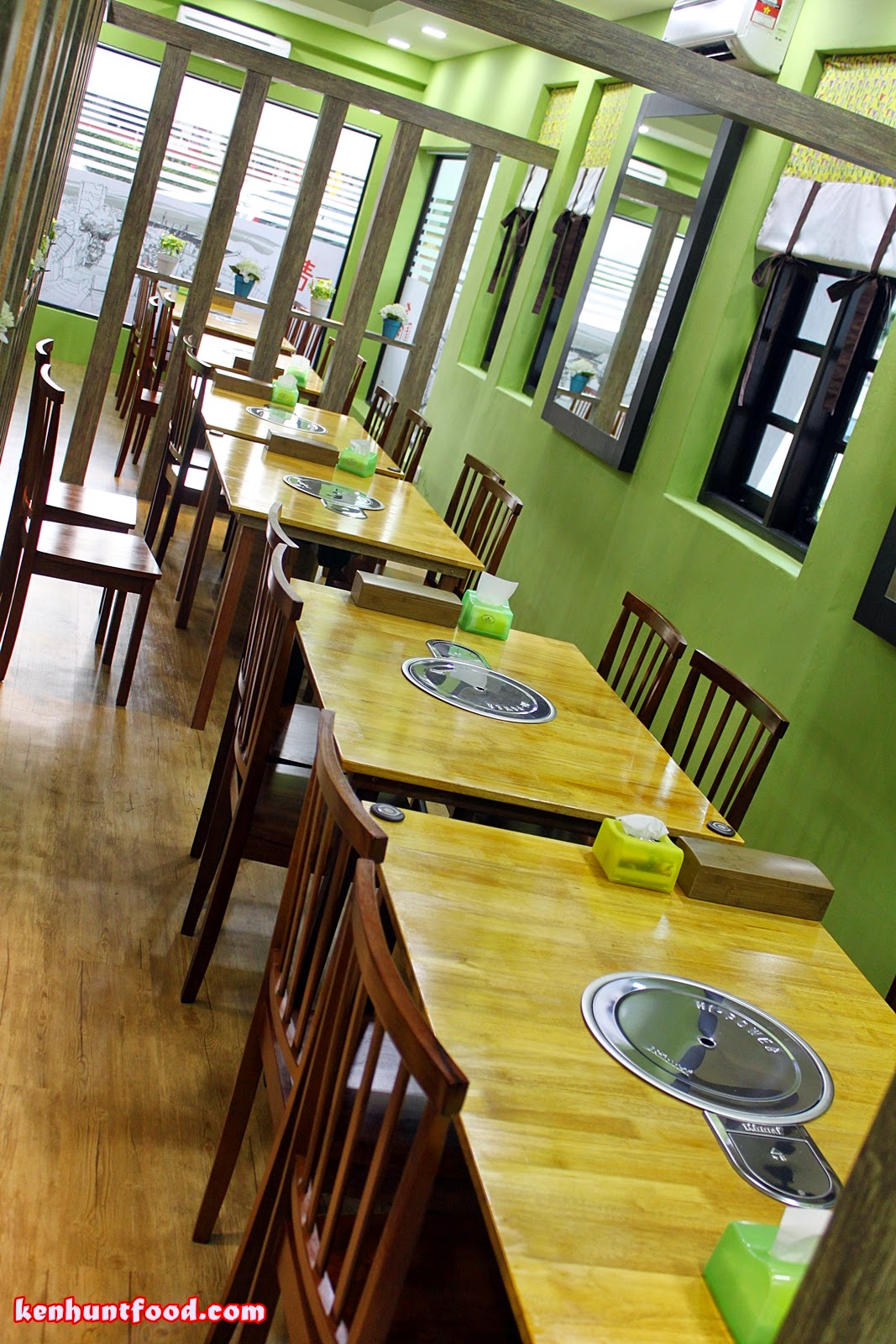 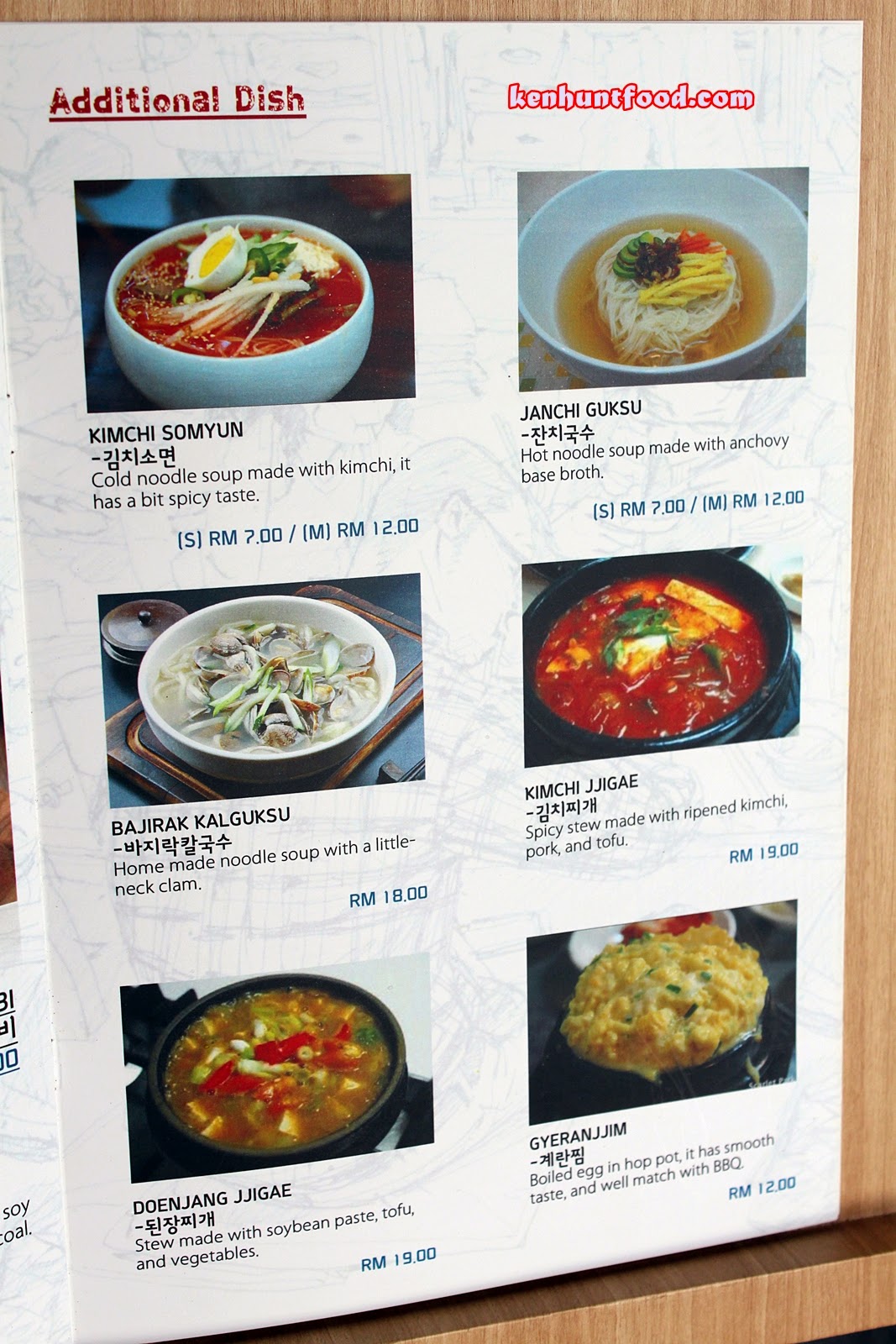 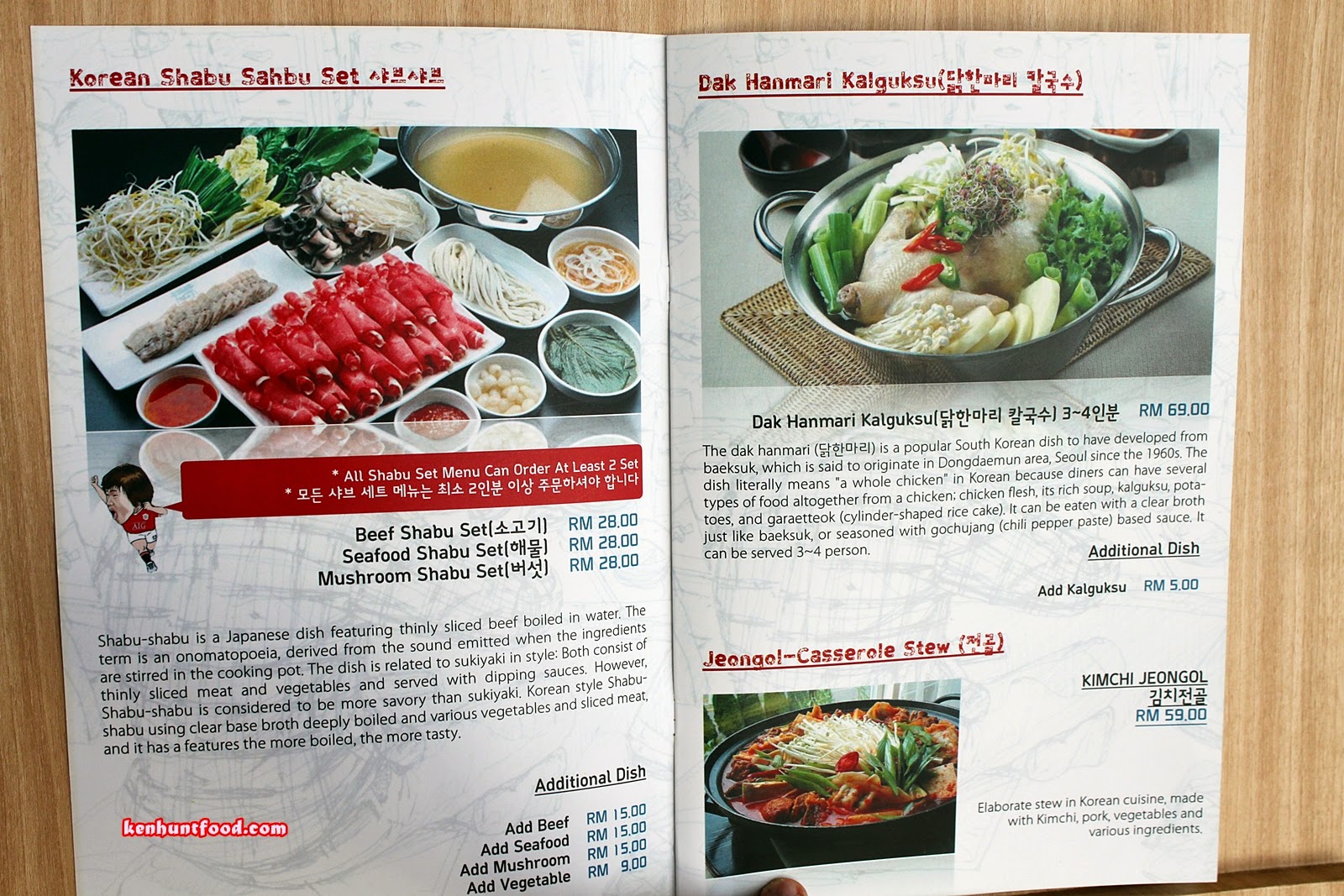 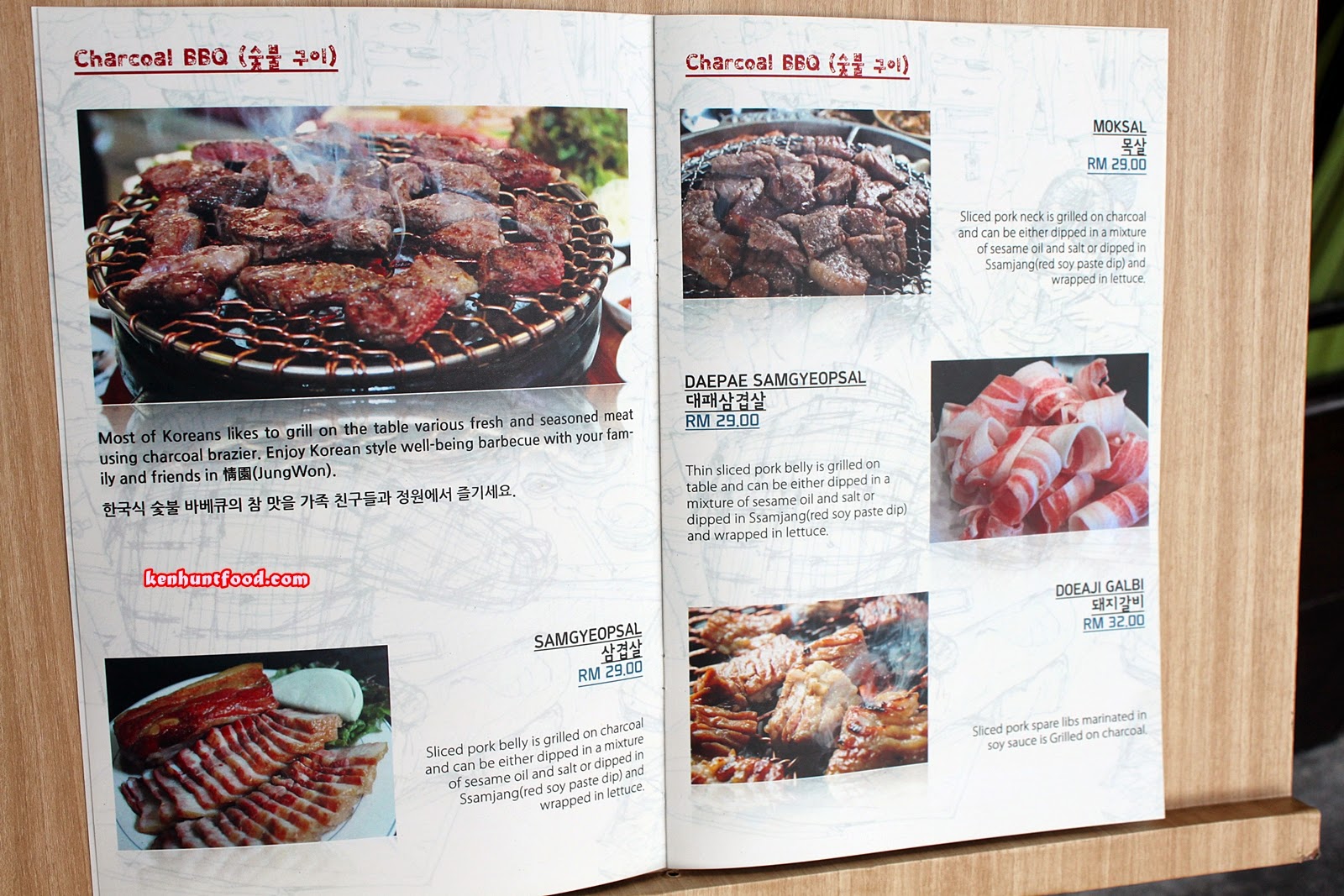 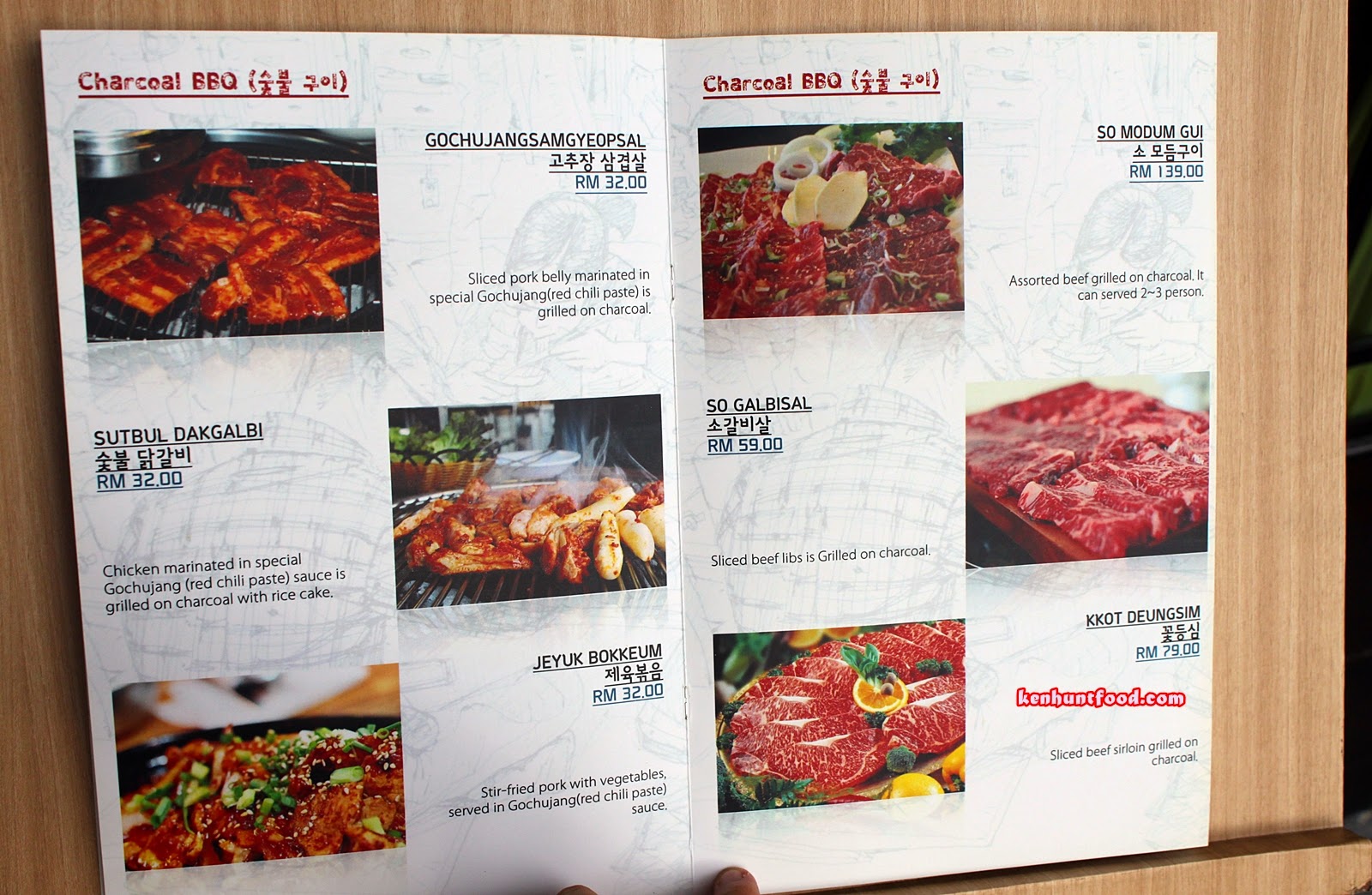 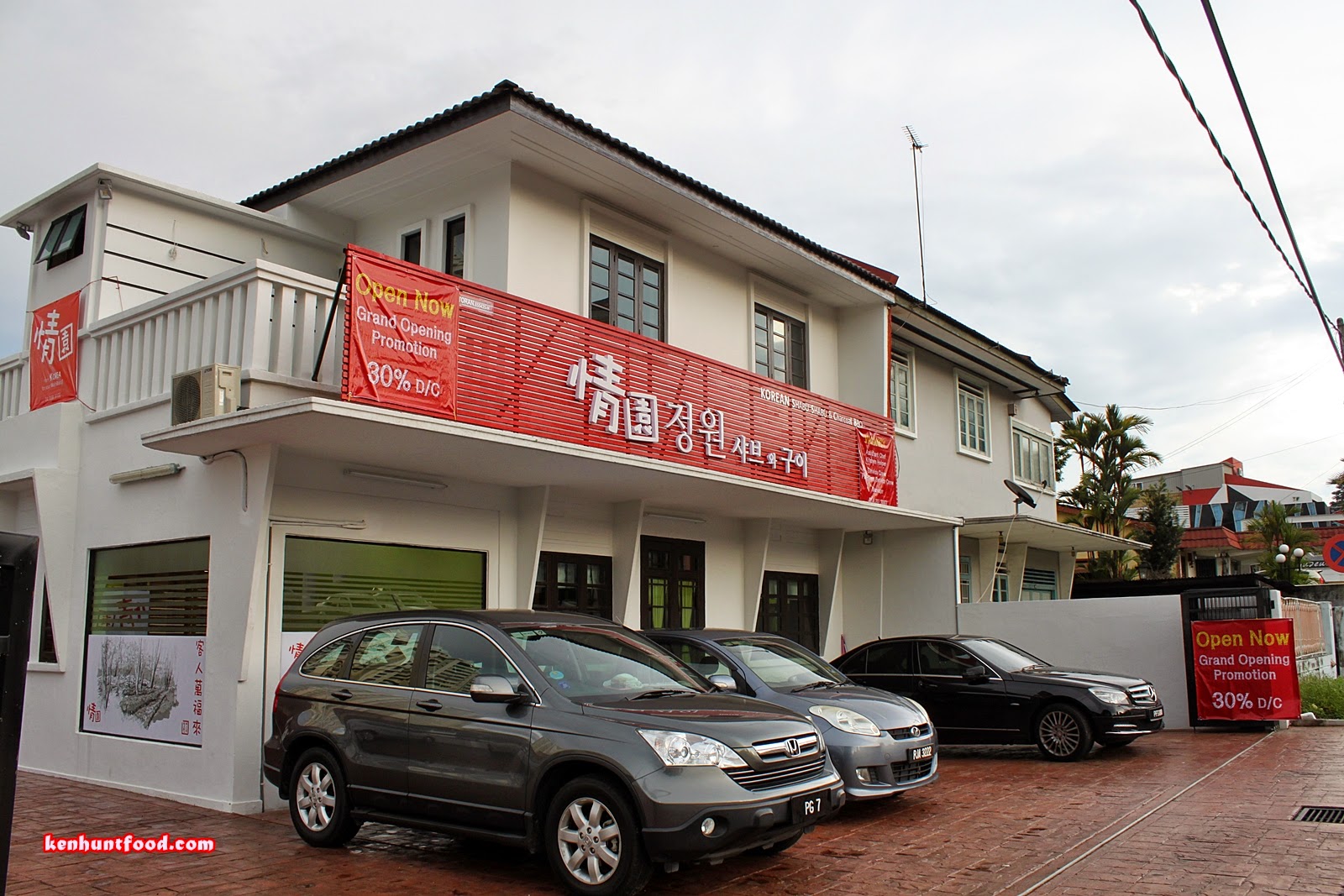