Along the ubiquitous food street- Carnavon Street, there is this famous Char Koay Teow stall- Tiger Char Koay Teow, named after the owner "Ah Hor/ Tiger in Hokkien". It can be found in a coffee shop known as Ping Hooi Coffee Shop, sitting at the junction to Carnavon Street and Lebuh Melayu. The place will be thronged by patrons during weekends, be sure to grab your seat as early as possible or you might end up waiting for hours. 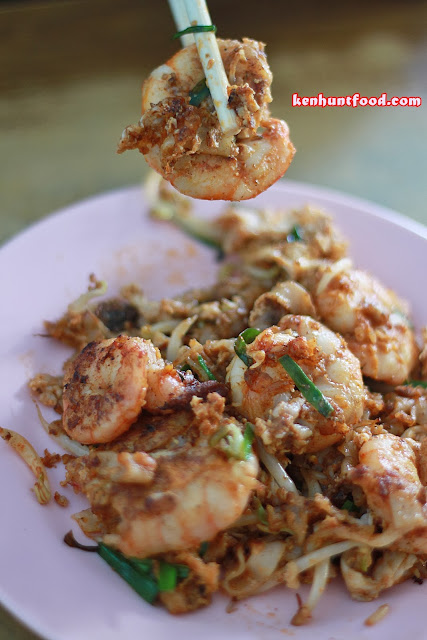 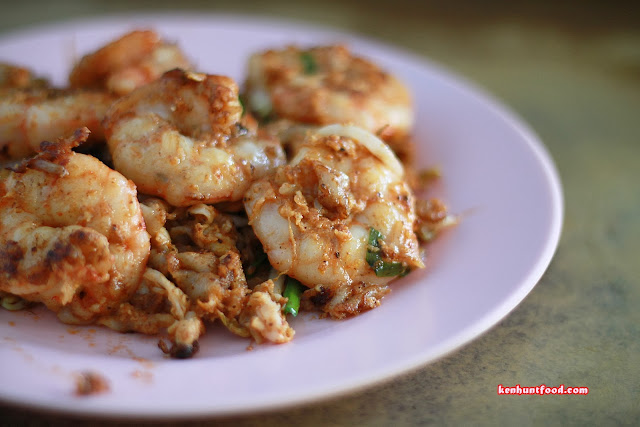 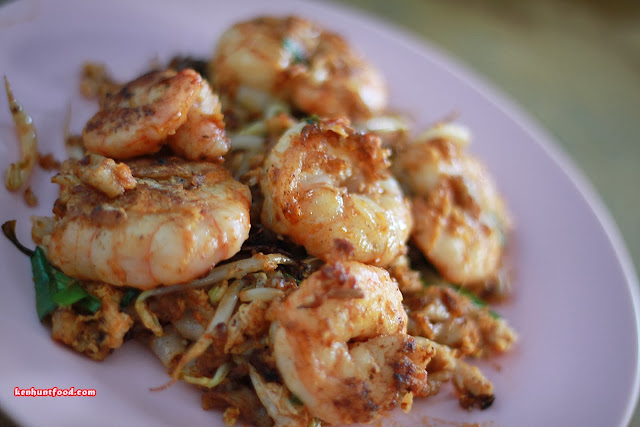 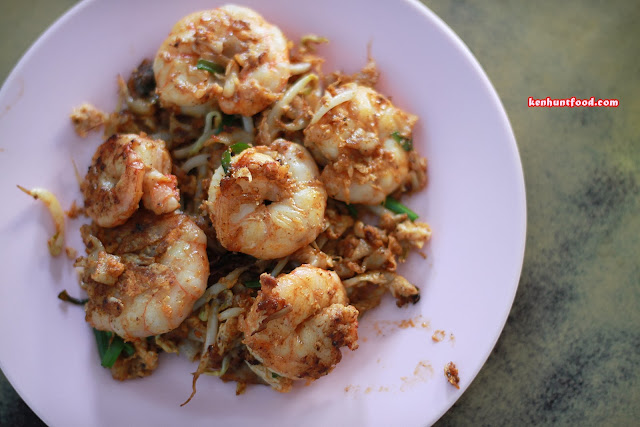 You may go for the usual version of Char Koay Teow but I had mine with Extra Prawns added (Rm 10). Prawn lovers will be weak in the knees, 6 huge, plump and juicy Prawns were topped on the adequately stir fried Koay Teow. The magical mix of Flat Rice Noodles/ Koay Teow that possessed the standard "Wok Hei"; airy and fluffy texture for the Egg as well as refreshing crunch of Chives and Sprouts, how wrong can the dish be? The real draw of the dish was on the fresh and juicy Prawns, they were not overcooked nor hard to the bite, with a slight resilient texture, they were just perfect to complement with a plate of piping hot Char Koay Teow. However, I thought the dish could be a little spicier. Nevertheless, I thought the Char Koay Teow we had was above par and worth to be recommended. 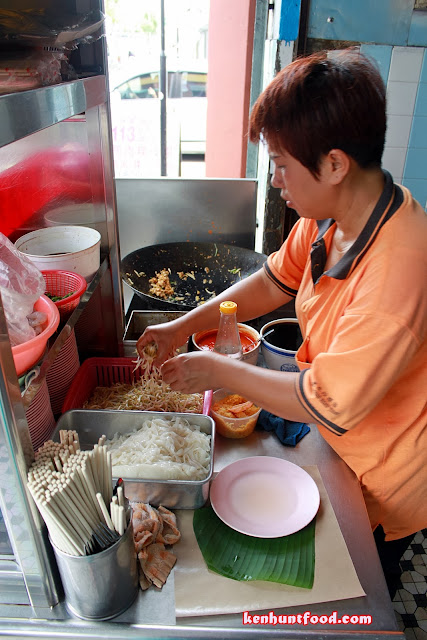 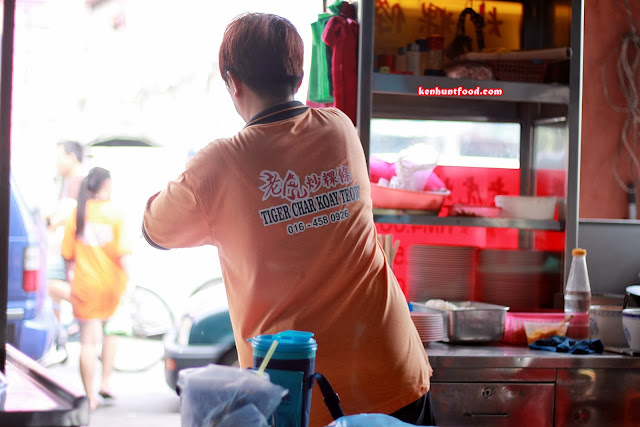 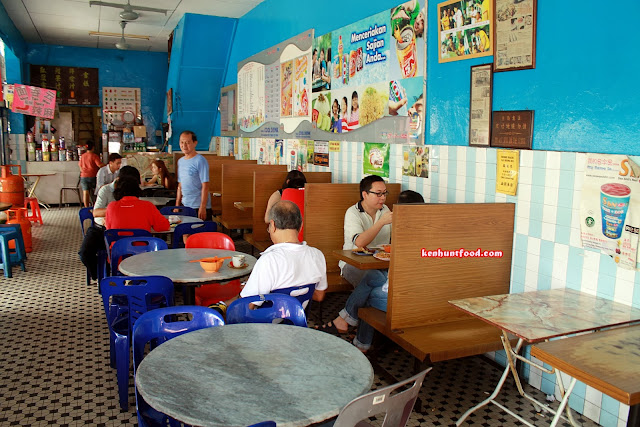 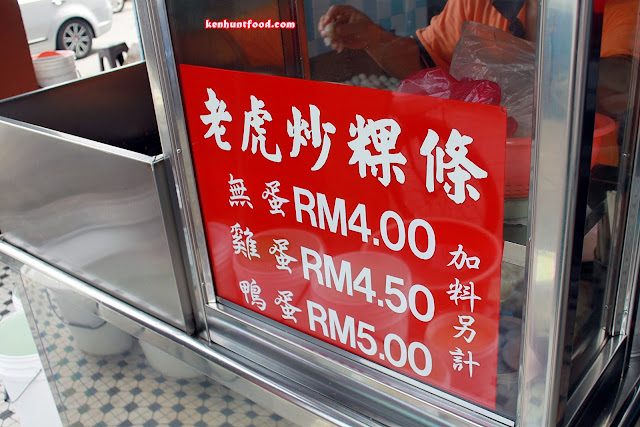 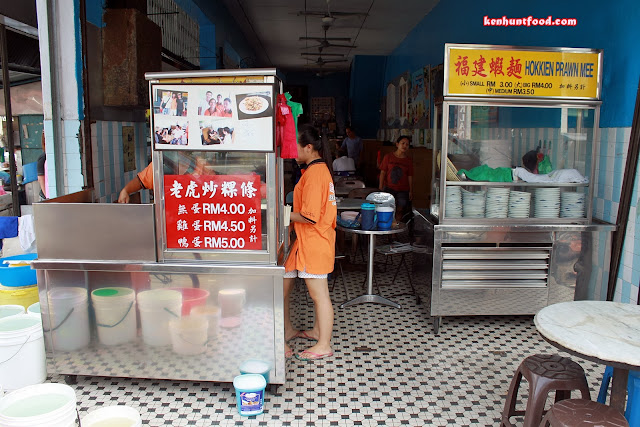 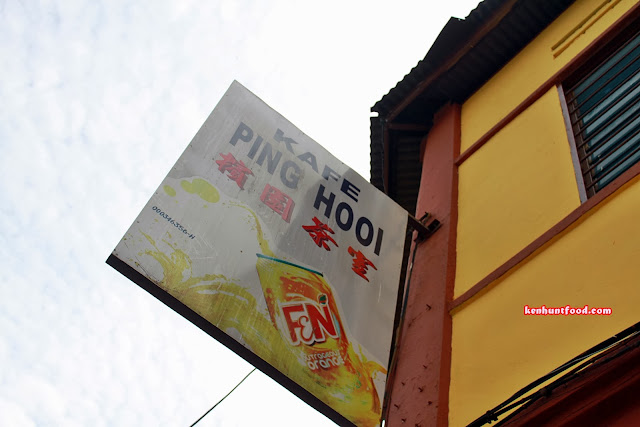