The buffet themed "Aussie Tucker" is once again back at Swez Brasserie, Eastin Hotel Penang on the very first month of the year 2014. Reward yourself a sumptuous meal at Swez Brasserie for the start of the brand new year-2014, diners can expect for the carefully-crafted wide variety of Australian delicacies such as Lamington, Tasmanian Black Mussels and Pavlova. "Aussie Tucker" will be available from 1st of January 2014 to 30th of January 2014.

Many Thanks to Eastin Hotel Penang for extending the invitation. 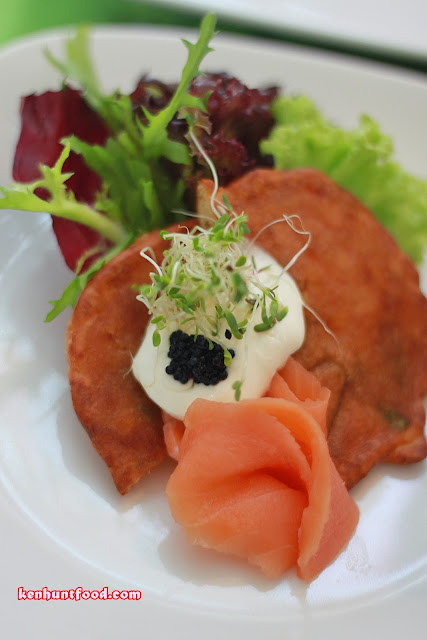 A good starter to the ensuing feast- Corn and Halloumi Fritters (酥炸奶酪玉米粒) are not to be missed by cheese-lovers, albeit slightly oilier to my liking, the Fritters were still good; the filling with Halloumi Cheese was creamy and buttery soft; sandwiching the filling were the crunchy yet juicy Corns that give another layered of texture to the dish. The dish was good with a fine spread of Mayonnaise and a touch of Caviar but even better with a thick slice of Smoked Salmon. The Smoked Salmon boosts the flavor of the Fritters by adding an extra hint of smokiness to the dish. Thumbs up for this dish. 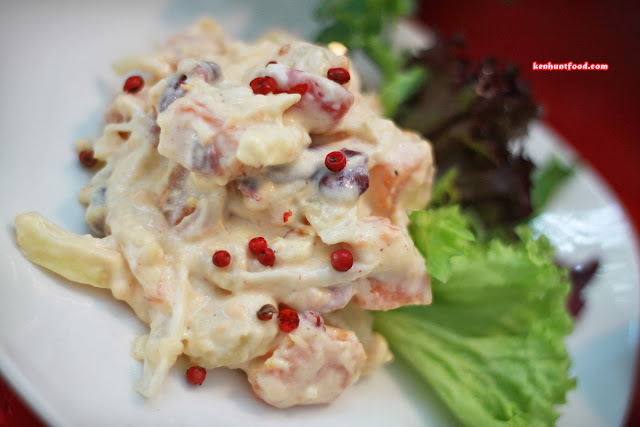 For the salad-lovers, you may go for their Roasted Kumara Salad (烘烤红蕃薯沙律); Sweet Potatoes are known as Kumara in New Zealand, the Roasted Sweet Potatoes cubes were beautifully dressed with Mayonnaise, simple, straight-forward yet delicious dish. My only gripe was the Sweet Potatoes lacked of the "sweetness" that I was expecting, it was sweet but not as sweet as expected. 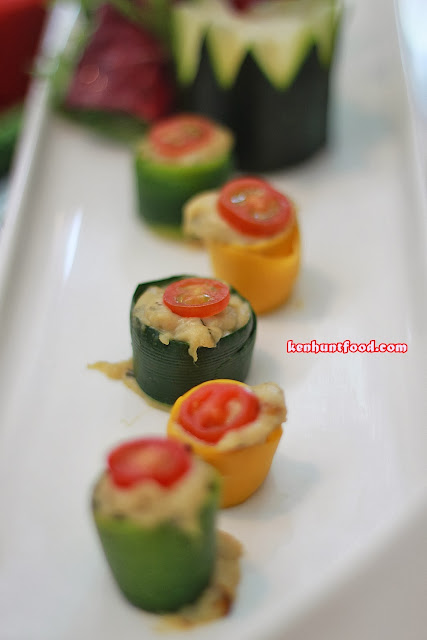 Their Zucchini Bites (意大利黄瓜卷) on the other hand, was refreshing and light to the palates, Roasted Zucchini was blended and stuff with Cheese. The refreshingly crunchy Zucchini with a hint of Cheesy flavor was indeed a lovely combination however, I thought the dish was overly simple and flavors were rather predictable. 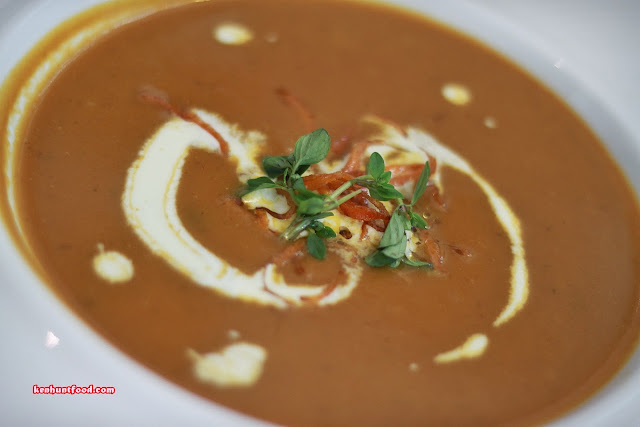 At first sip, the Aussie Roasted Carrots and Cumin Soup (澳式烤胡萝卜和小茴汤) leaves an impressionable quality but the saltiness gradually becomes apparent over the next helping. The soup has a discernible sweetness with a strong Cumin flavor, it was rich and smooth and I thought a warm and fresh slice of bread could complement with the soup perfectly, or some additional Croutons would be equally great too. 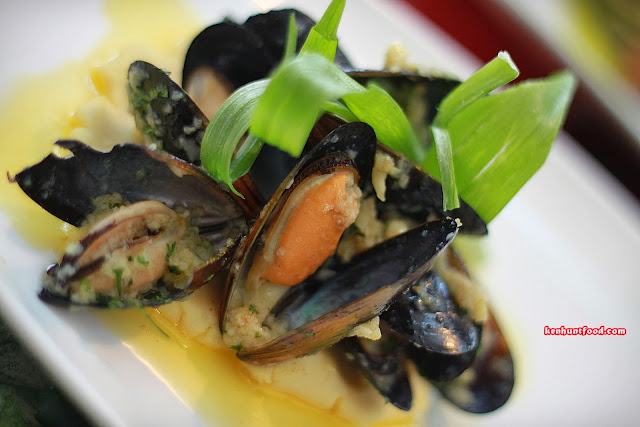 The dish- Tasmanian Mussels with Garlic Butter (蒜味塔斯马尼亚青口) had us caught in a whiff of Garlicky aroma in which the Tasmanian Mussels were sauteed with Garlic Butter and an agreeable amount of seasonings as well as Herbs. It was an okay-average dish but I did not agree for the dish to secure a spot under this themed buffet. I would love to see some exclusively Australian dishes such as Chili Tomato Mussels instead. 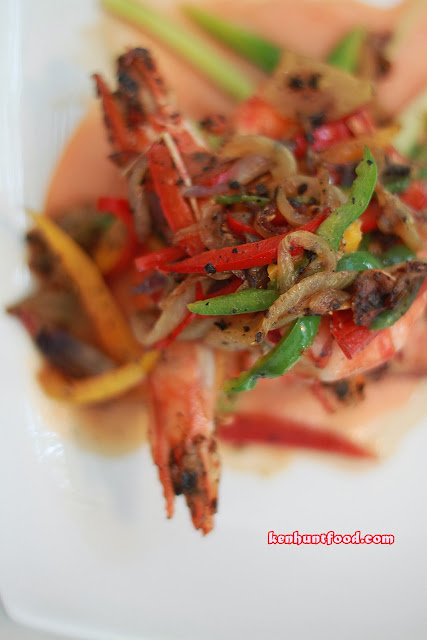 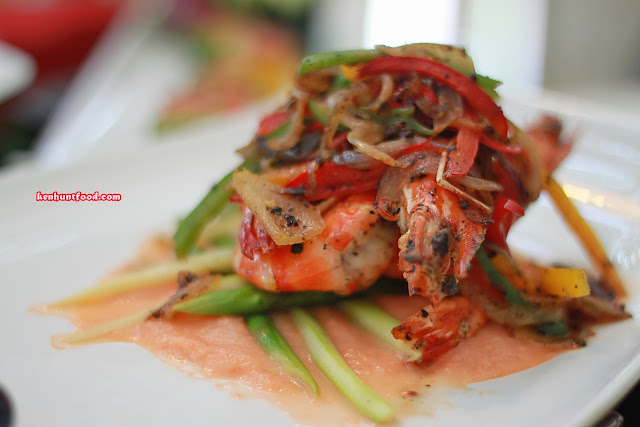 Seafood Lovers will find it hard to stop themselves from eating their Aussie Prawns (澳式大虾), the fresh, plump and succulent Prawns were perfect-cooked and not hard to the bite, with the unique aroma from Peppers vying for the palate's attention. It was a worth-savoring dish but I thought it was a misnomer to name the dish Aussie Prawns as no one was able to tell what were the uniquely Australian elements in the dish nor why was the dish named Aussie Prawns. 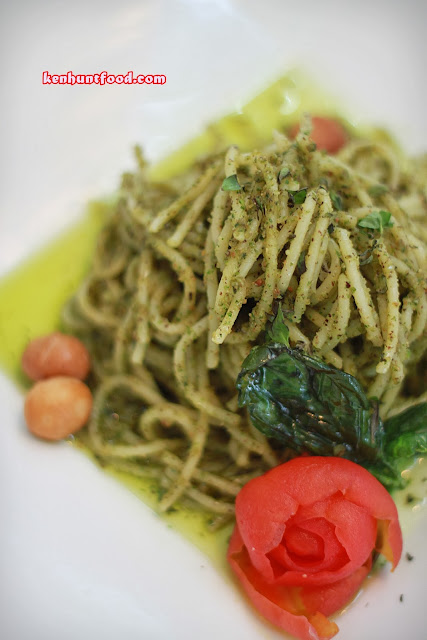 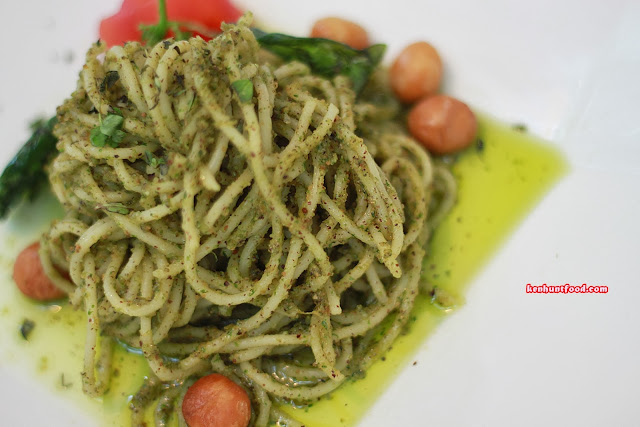 I was especially enamored for this dish- Macadamia Nuts Pesto Pasta (澳式坚果香草酱面), the Spaghetti came in al-dente with a perfect balance of oiliness and seasonings, the Chef did a great job in maneuvering the flavors. There was also a discernible nutty flavor with a gentle sprinkle of Cheese over the pasta. It was beyond-amazing. 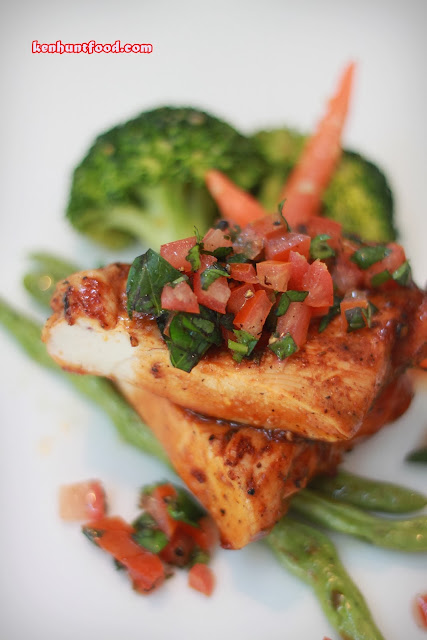 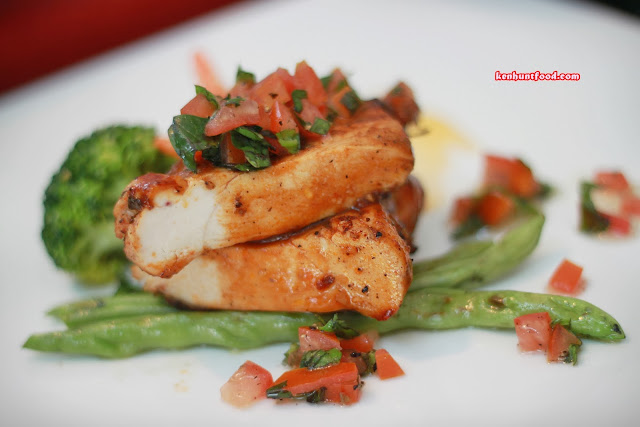 I was not quite impressed with their Grilled Chicken Breast with Barbecue Glaze (澳式烧烤鸡胸肉), the Grilled Chicken Breast was slightly too dry and rough in texture to my liking, moreover, it barely registered any flavors in which they could have marinated the Chicken for a longer period of time. The Barbecue Glaze on the other hand, adds a slick of sweetness to the dish, it was satisfactory with the strong smoky flavor but I thought the dish was rather standard and lacked of surprises. 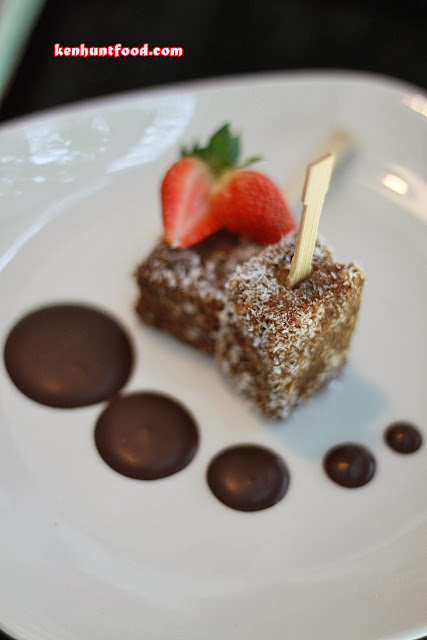 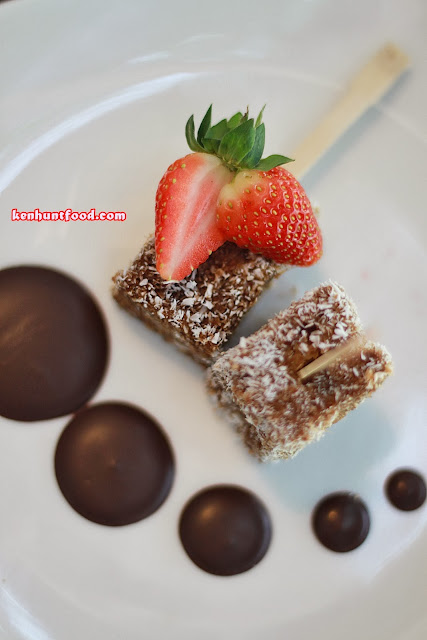 Sweet ending started with Lamington (澳式传统拉明顿), the uniquely Australian Cake. The sponge was first soaked in Espresso and later coated with desiccated Coconut. The cake was moist and jam-packed with Coffee flavor; not being a huge fan of Coffee, I did not find myself enjoying the cake. Nevertheless, I thought the cake scored in terms of sweetness and flavors. A dessert that could make Coffee lovers weak in the knees. 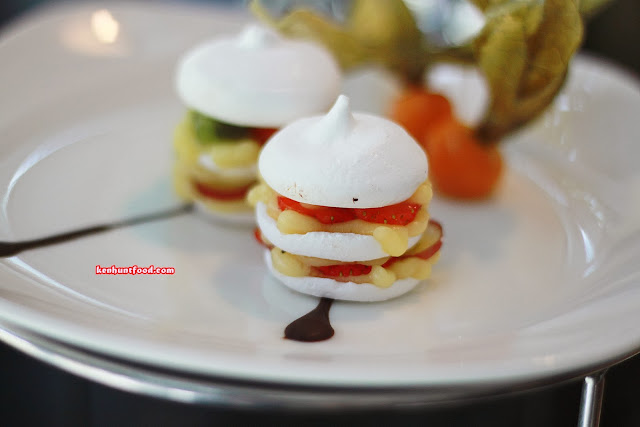 The Fruits Pavlova (鲜果蛋白馅饼) was a little less successful, albeit the Pavlova was beautifully layered with some freshly sliced Fruits and Custard, I thought the meringue-based dessert was way too sweet to my liking. The sourish tinge from the Strawberries and Kiwis does not seem be able to reduce the sweetness in which we were left underwhelmed. 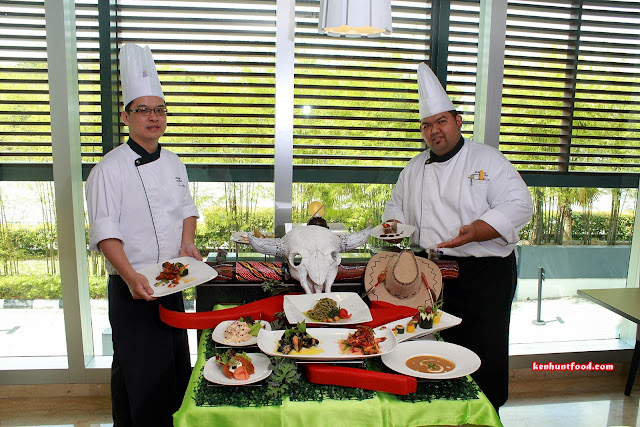