** The Yard Cafe has since ceased its operation.**

Georgetown area has a fair share of cafes but now there is a greater variety to offer. Housed in one of the heritage houses right beside the bustling road of Jalan Masjid Kapitan Keling, next to Sip & Chew Cafe. Yard Cafe is a quirky cafe which just opened its door few months ago, this is a place where hipsters flock in at late night for supper or enjoying their live band performances on alternate Tuesday. While the menu is not that extensive, the dishes are priced reasonably and are considered to be reasonable in Penang's context. They mainly focus on Western dishes such as Pasta, Pizza, Western Mains, Soup; as far as it seems amazing, my only gripe is the lack of desserts. While the ambiance of the place is very cozy and homely, it makes a perfect place for friends-get-together events; Adelyn, on the other hand, is one of the person who is manning the cafe, treats every single customer of theirs in a friendly manner and accedes to customers' requests. It is the warm service like this which makes me feel like going back.... 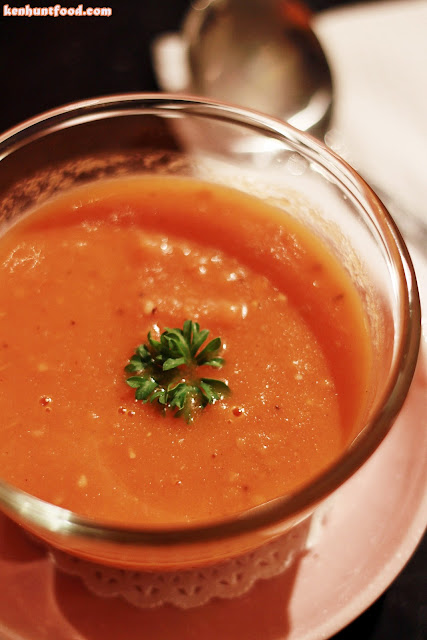 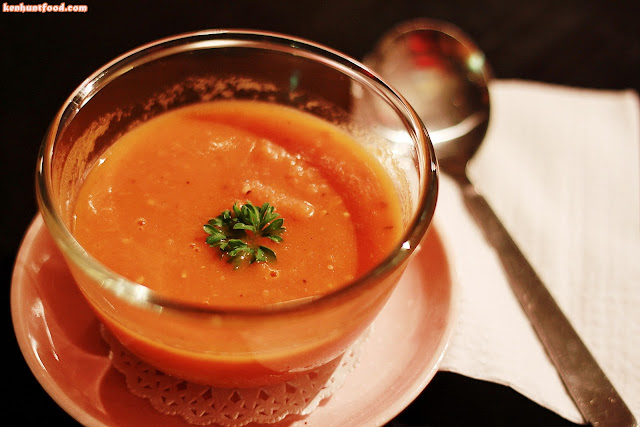 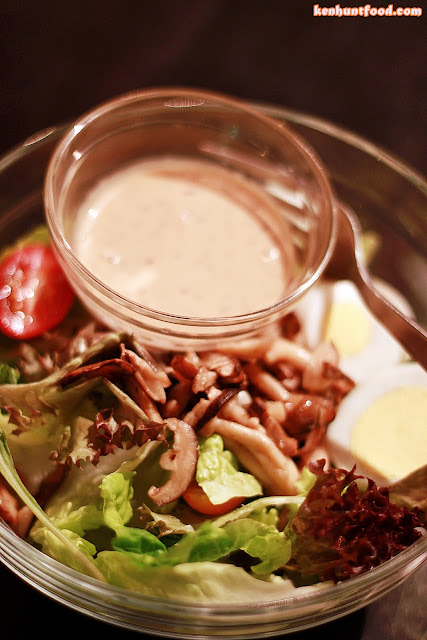 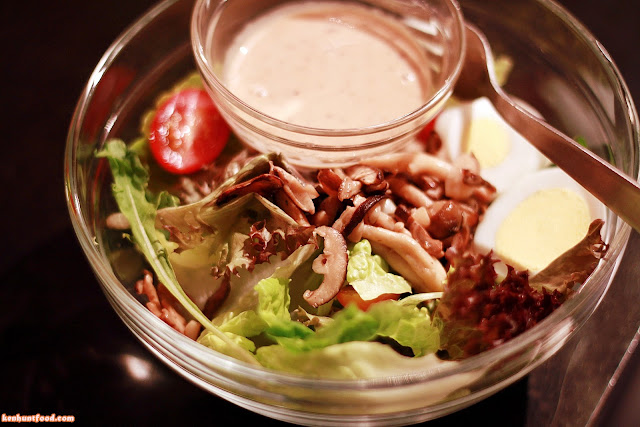 This delicate Mushroom Salad (Rm 12.90) has hit the top notch of the day by resonating among the few of us. Perfectly sauteed Shimeiji and Shitake Mushrooms were added onto a bed of fresh greens which consists of Coral Lettuce, Rockets, Cherry Tomatoes, Japanese Cucumer and Hard Boiled Egg. However, the soul to this heavenly Salad was the dressing- Japanese Sesame Dressing, sprinkled with Toasted Sesame Seeds and a fine touch of Sesame Oil which enhance the flavor to the brim. The combination between the crispy fresh greens and flavorful Mushrooms was awesome and delightful. Thumbs up for this Salad. 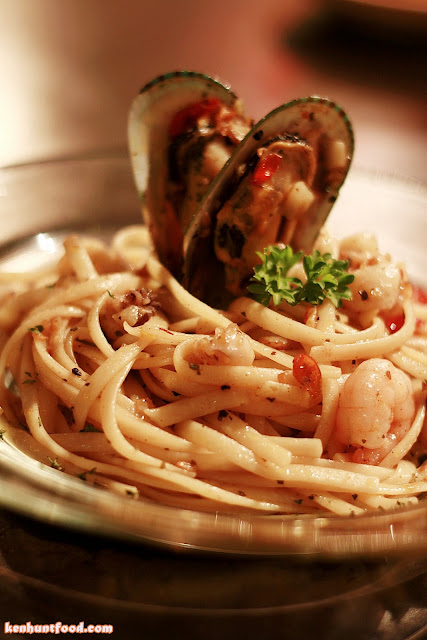 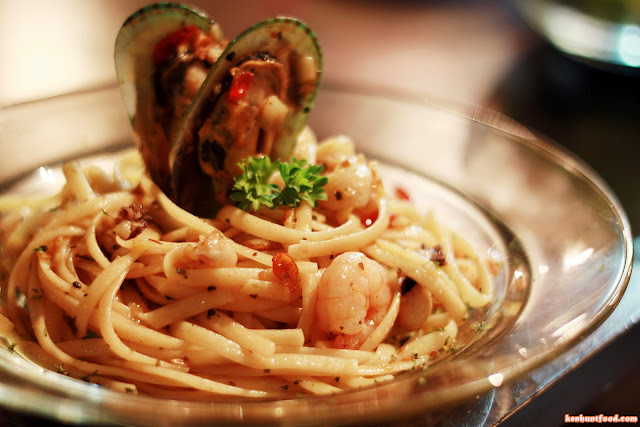 Seafood Olio (Rm 15.90) is always on my favorite list, the cleverly use of Chilies and Black Peppers had given this dish a boost, the al-dente Linguine was beautifully seasoned to my liking. The dish comes with some Mussels, Shrimps and Baby Octopus; although the Shrimps were okay, the Baby Octopus smells a bit fishy to me. Nevertheless, it did not disappoint me with the abundant flavorsome taste. 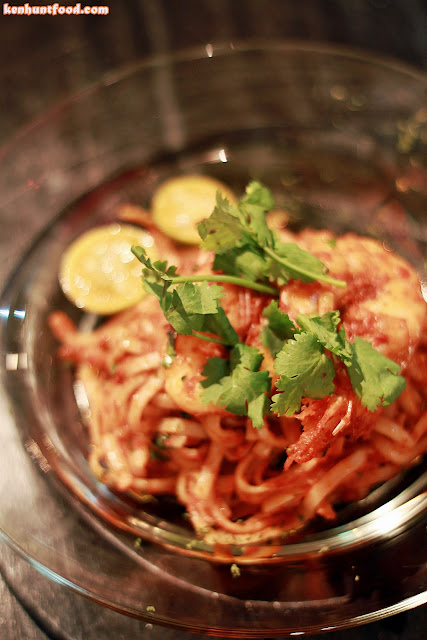 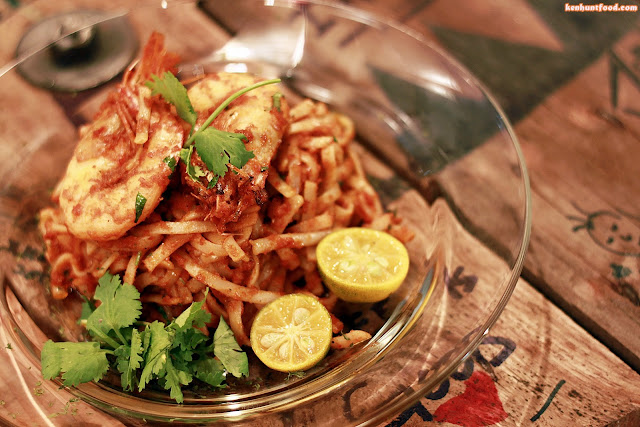 Rendang Prawn Pasta (Rm 15.90) is another ingenious creation by Yard Cafe where Linguine will be stir fried with their home made Rendang paste, it looks like Mee Goreng at first, but the taste was no where similar to Mee Goreng. It has some seafood-sweetness infused within, with a hint of spiciness. To my surprise, Rendang and Pasta do make a good combination, my only complain to this dish was.... the lack of al-dente texture, the Linguine was overcooked. 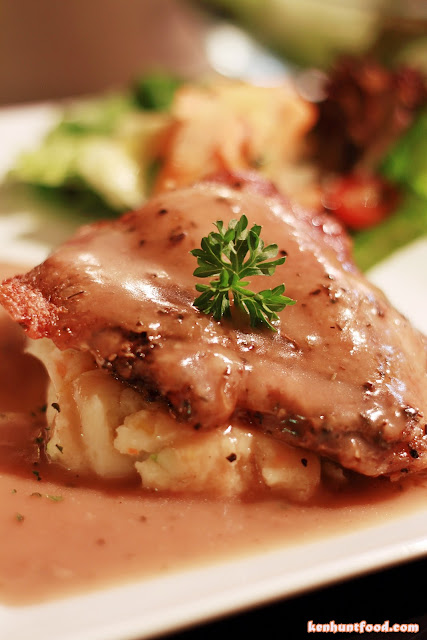 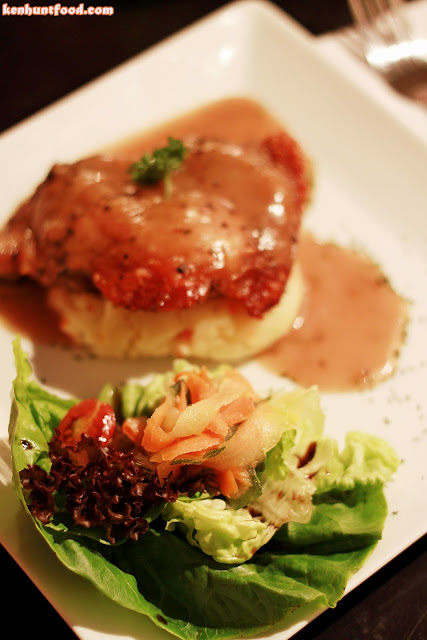 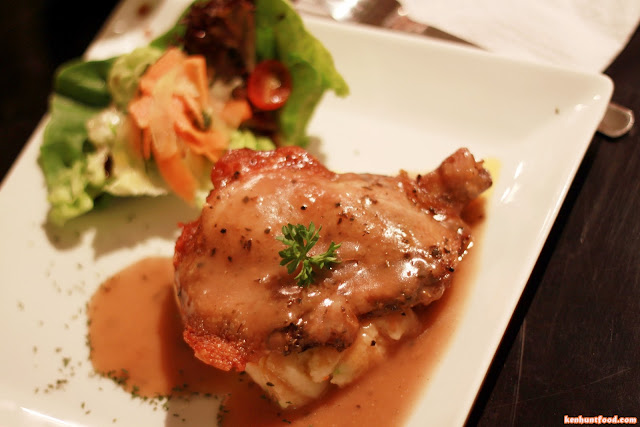 One of the mains we get to sample was this Italian Herbed Chicken (Rm 15.90) which was served with their home made Mashed Potato and Fresh Greens, doused with Balsamic Vinegar dressing. The well-executed Chicken was tender and well-marinated but slightly over-seasoned. It was slightly on the salty side on its own, but goes perfectly well with the mashed. Their aesthetically prepared Mashed Potato has certainly earned them some marks, cleverly tucked in Green Peas and Carrots, it creates a layered dimension to the texture. 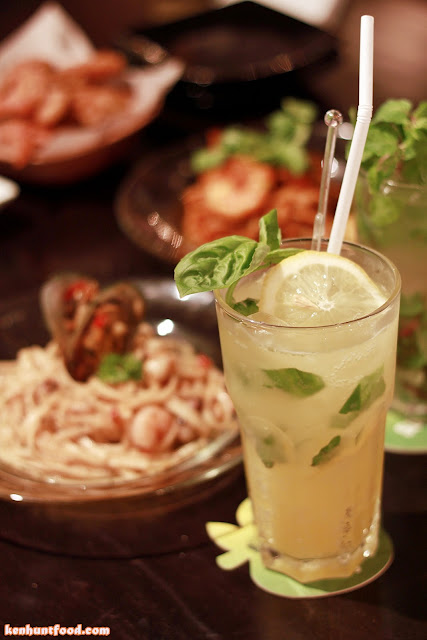 Thanks to Adelyn, we get to quench our thirst with their Lemon Basil Soda (Rm 9.90) where fresh Basil will be added along with some Lemon Juice. 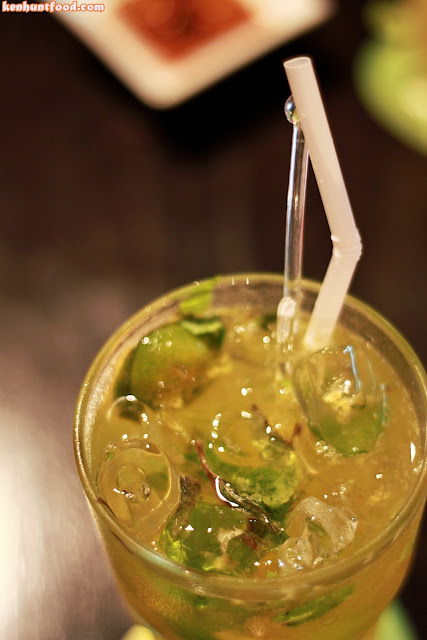 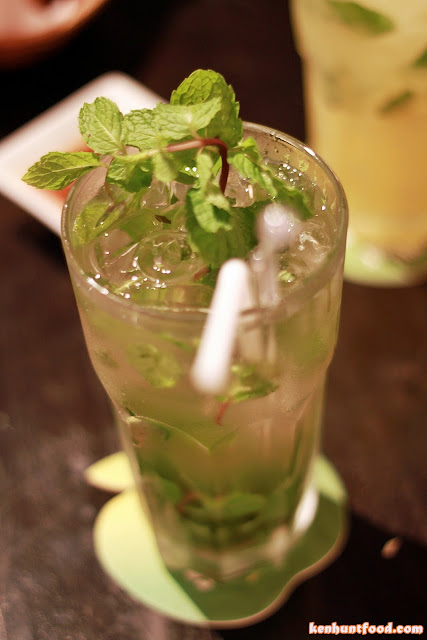 Apple & Mint Soda (Rm 9.90) was a refreshing drink with fresh Mint leaves added, as well as Ginger Ale. Unlike the two Sodas above, Apple & Mint is sweet, with a very strong Minty flavor. 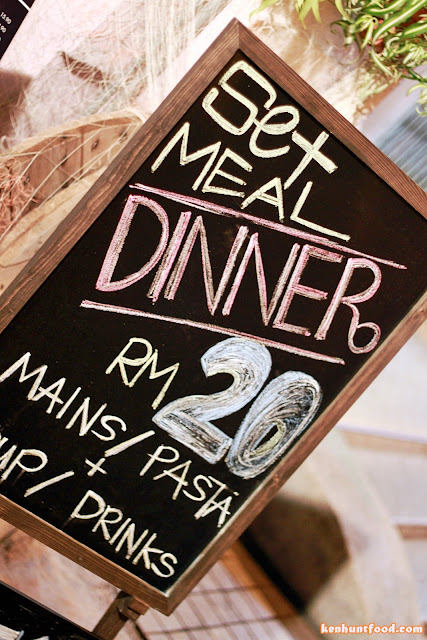 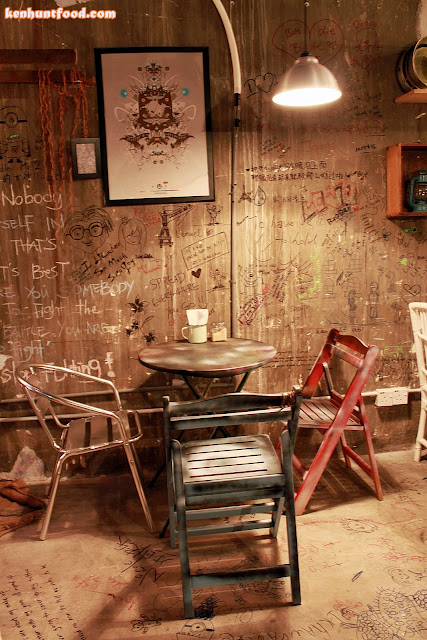 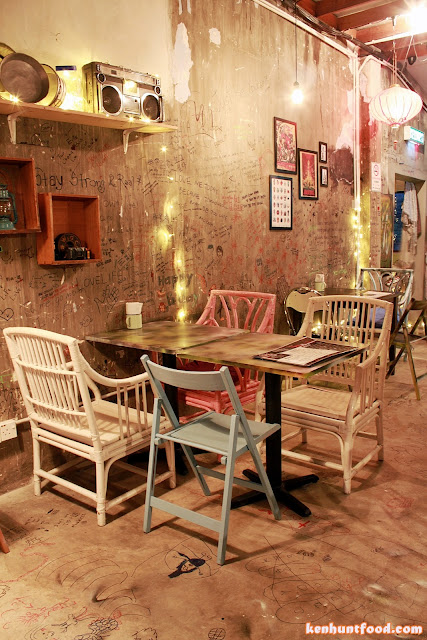 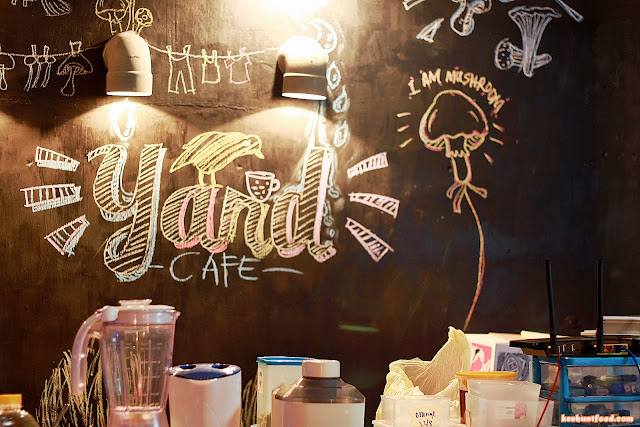 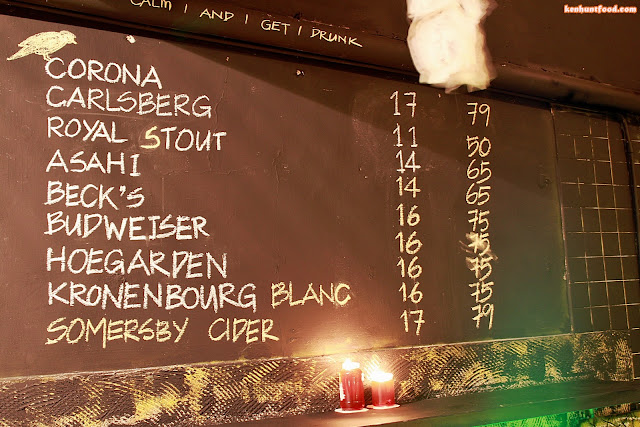 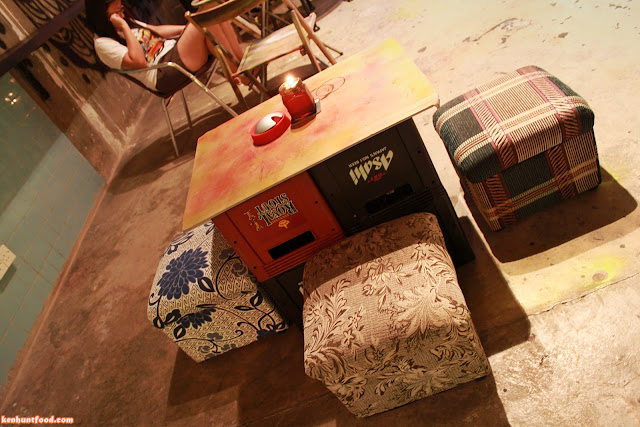 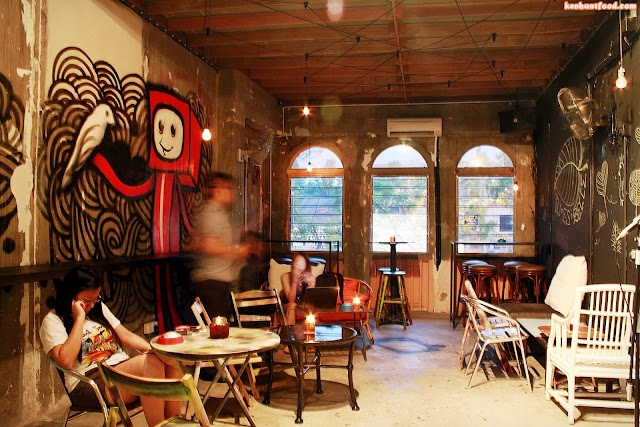 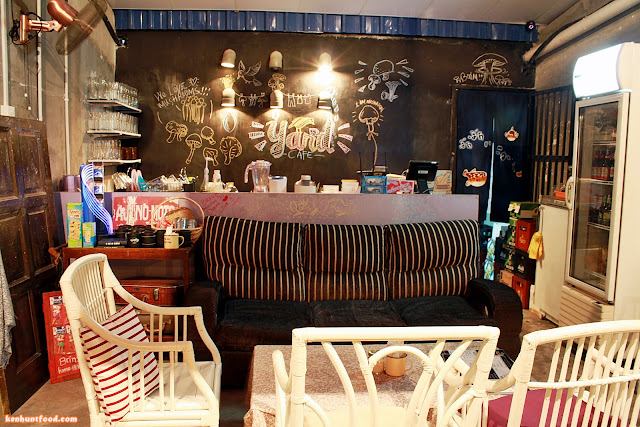 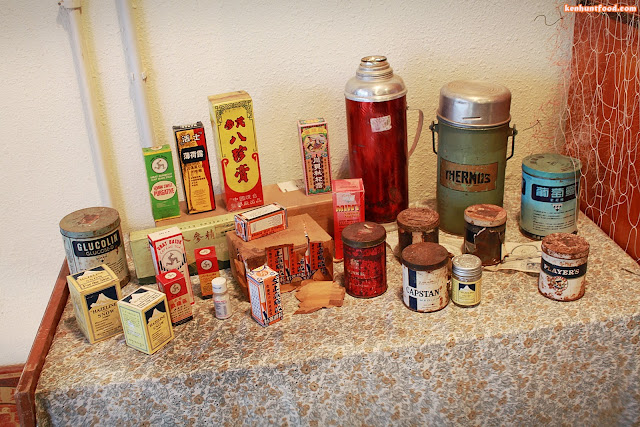 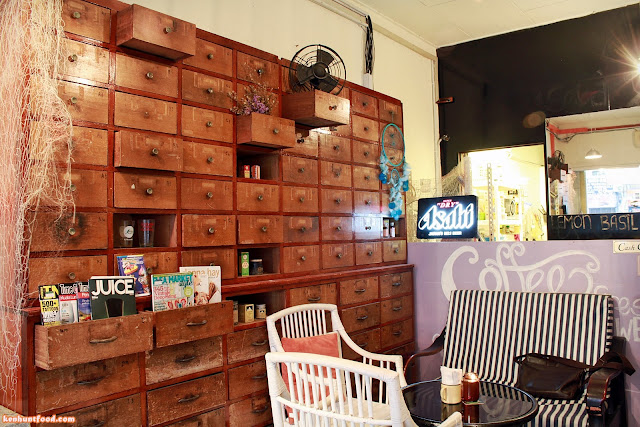 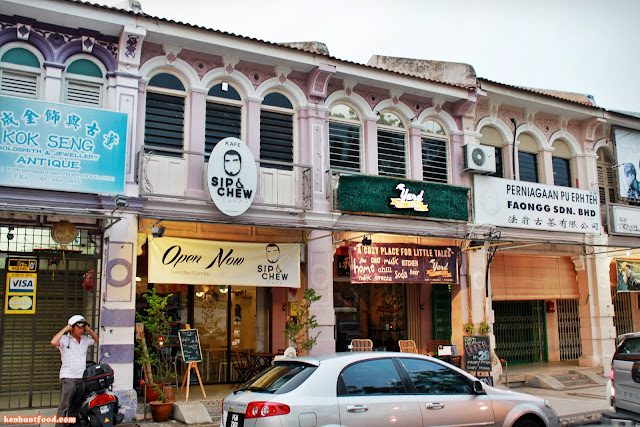