In conjunction with Penang Eastin Hotel's upcoming buffet promotion in the coming month of March, themed Spanish Splendor, the media was invited to sample some of their unique dishes that about to be offered. This themed buffet (Spanish Splendor) will be available from 1st of March until 31st of March, 2013 at Swez Brasserie (Ground Floor of Eastin Hotel, Penang.) 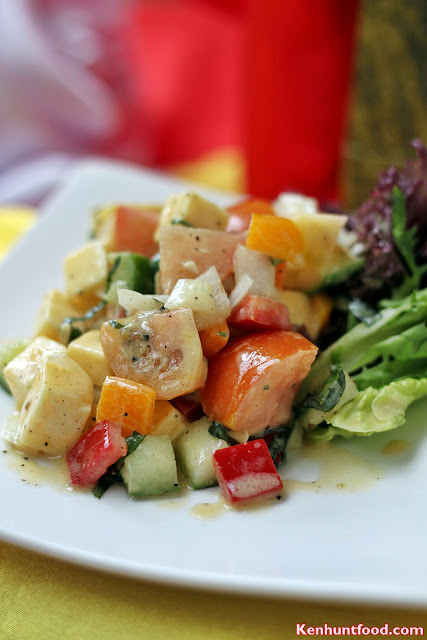 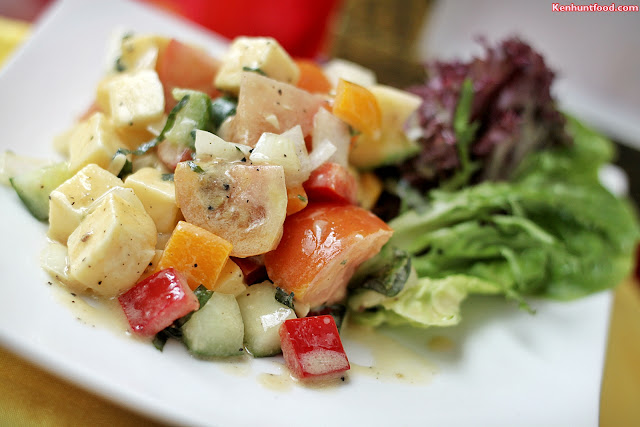 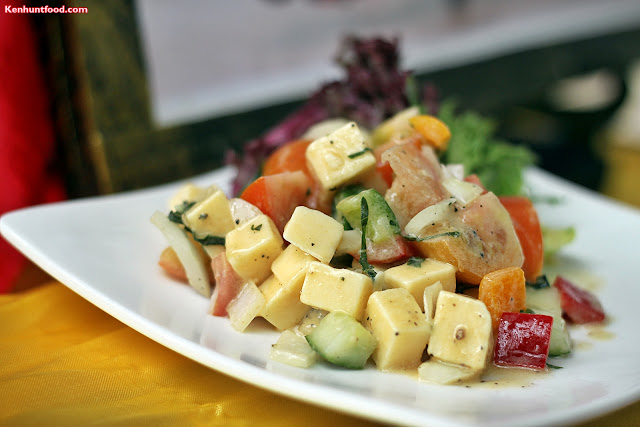 Basil and Cheese Salad/ Ensalda Albahaca Y Queso (九层塔奶酪沙拉) was one of the first appetizers served to us. The dish has some Cheddar Cheese cubes, Cucumber, Capsicum, Onions, Sweet Basil and Tomatoes. I like the dish being simple and refreshing. Some of the bloggers find that this dish is too creamy and cheesy to their liking, it was, however, perfectly okay for me. 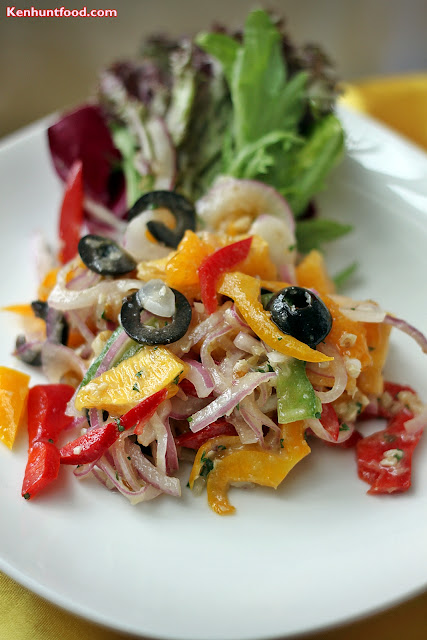 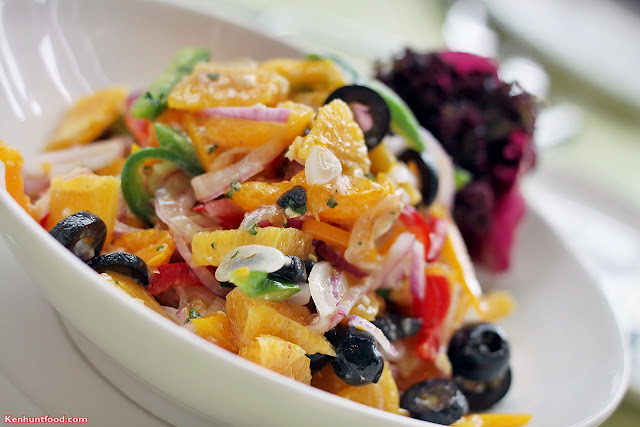 The next appetizer served was Mallorcan Orange Salad/ Ensalada de Taronja (马略卡橘子开胃沙拉) which consists of some Orange (ordinary orange, not Mandarin Orange), Capsicum, Onions and Olives. I am not a fan of Olives which was one of the reasons why I did not quite enjoy the dish. The Oranges bring a hint of sourness into the salad which makes it very appetizing. This zesty and tangy salad was enjoyed by most of the bloggers. 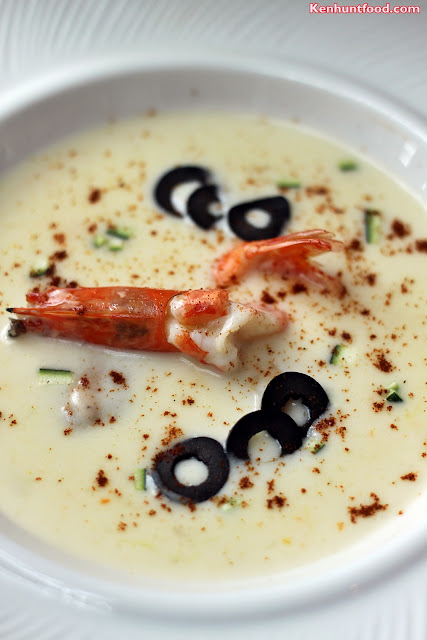 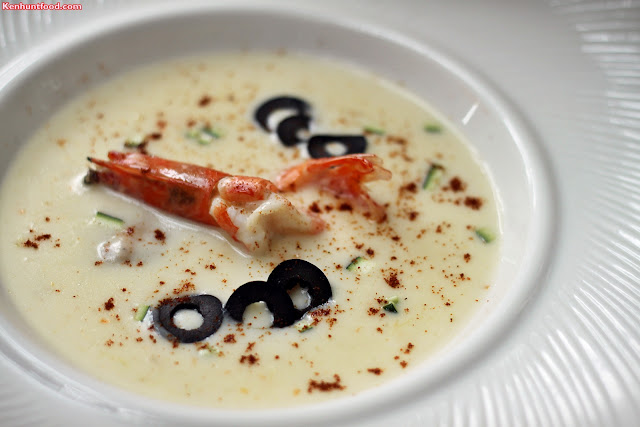 As for soup, we had Spanish Creamy Shrimp Soup/ Creama De Gambas Con Mejillnoes (西班牙奶油虾汤). Gambas refers to prawns in Spanish. To my surprise, it tasted pretty similar to the Seafood Chowder I had sometime back. The soup was pretty creamy but too creamy to my liking. As we were told that the soup has Paprika Powder infused in it but the flavor was not too significant for us to taste. My friend then requested for some extra Paprika Powder, it tasted much better after adding them in, at least with some extra sweetness and smoky flavors blended in. 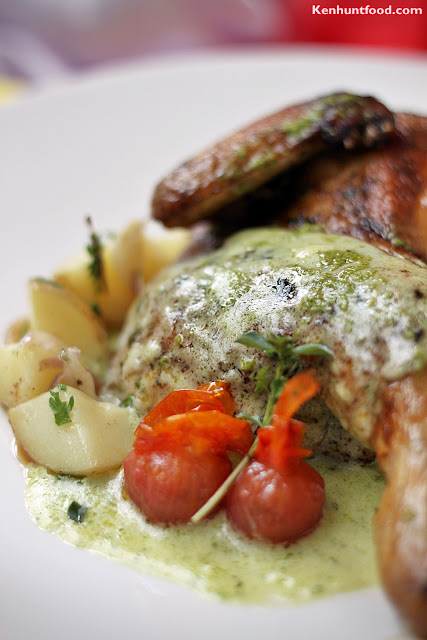 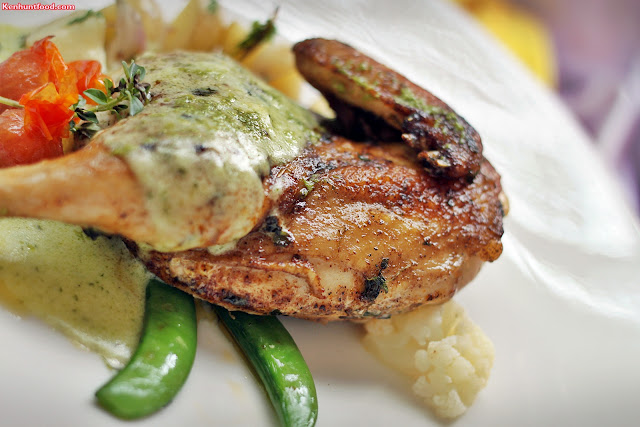 Moved on the main course, we were served this Chicken with Spanish Green Sauce/ Pollo En Salsa Verde (西班牙绿酱鸡). I was rather confused with the taste of this dish as it tasted pretty normal to me with the additional creaminess and Thyme/ Parsley flavor resulted from the Green Sauce. The texture of the Chicken was okay but nothing surprises me for this dish. 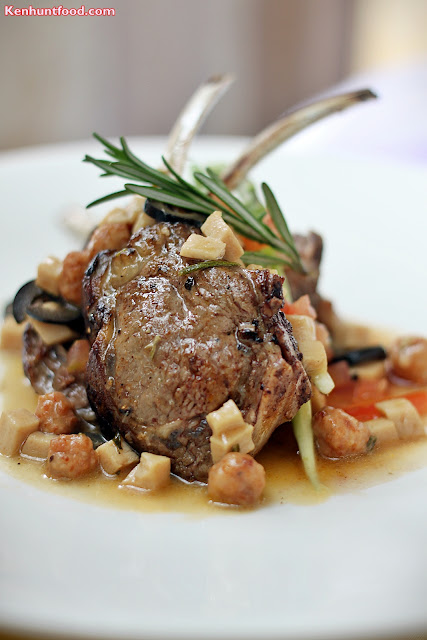 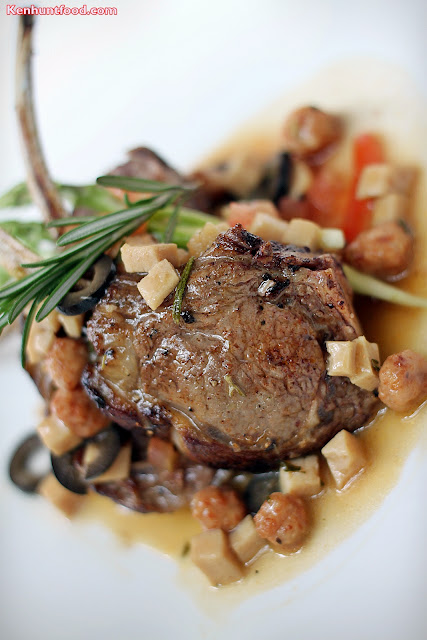 Roasted Lamb Leg with Andalcian Sauce/ Condero Asado Salsa Anduluza (特制酱烤羊腿肉) was one of my favorites of the day. The Lamb was reasonably marinated and flavored, further complemented by their specially made Andalcian Sauce (which was a bit creamy). My only complaint is that the texture of the Lamb was a bit rough (probably over-cooked). Definitely a dish not to be missed by Lamb lovers. 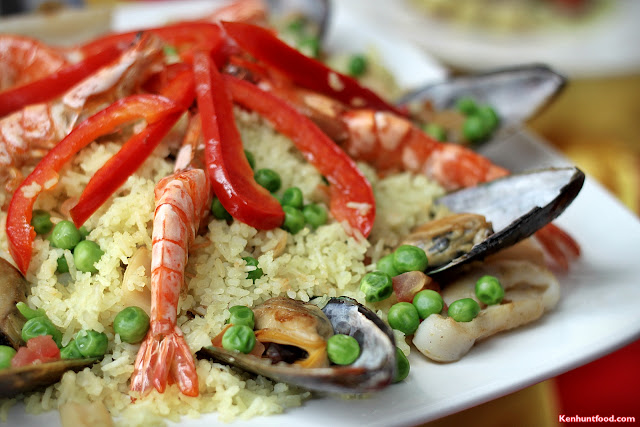 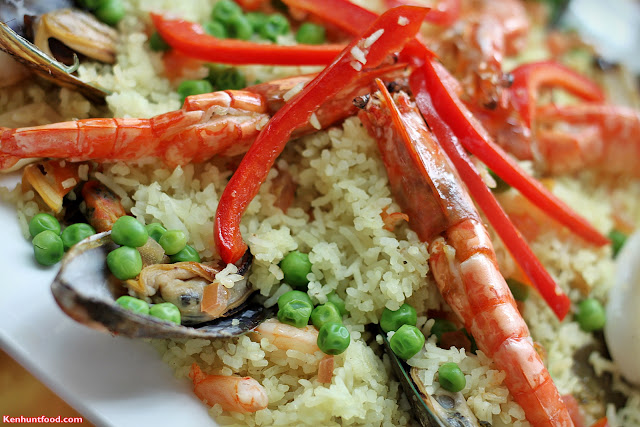 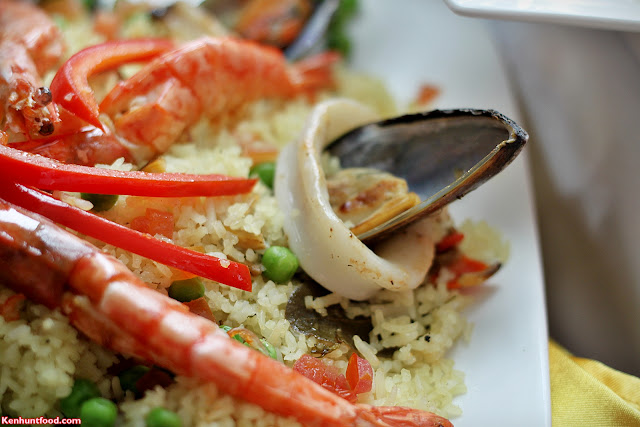 Spanish Cuisine uses Seafood heavily due to their geographical location (surrounded by waters) and Seafood Paella/ Paella De Marisco (西班牙海鲜饭) is definitely one of their most well known dishes by the public. I was rather disappointed with the Seafood Paella served. Firstly, the rice lacked of the bite and the flavors from Paella's main soul ingredient- Saffron (very mild Saffron flavor). Moreover, I did not taste the natural sweetness inherited from the various kinds of Seafood from the rice, it lacked of some Tomatoes, Rosemary and Garlicky aroma too. It tasted like a very ordinary flavored rice to me. They could have served some sliced Lemon for diners too as the Spanish do squeeze some Lemon juice onto their Paella before savoring it. 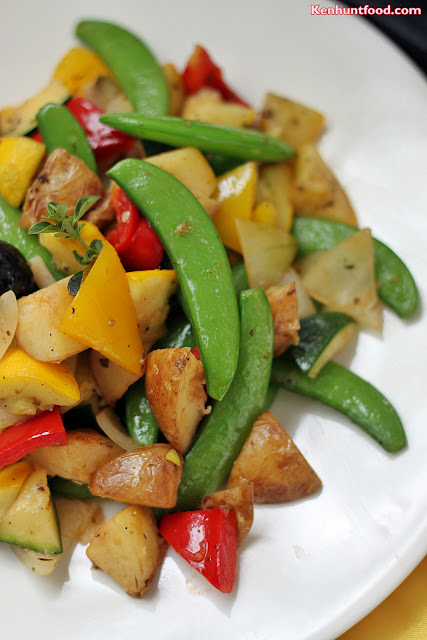 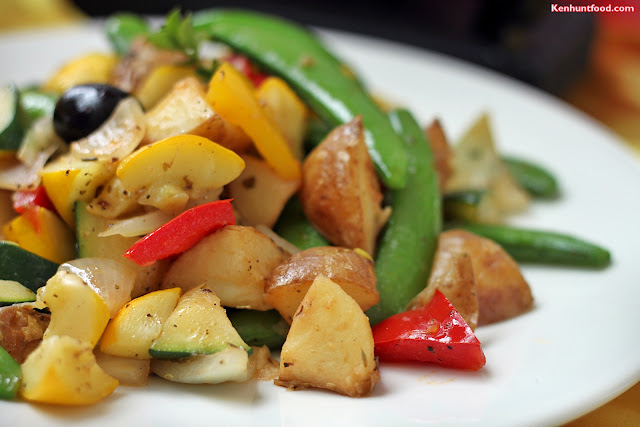 Their Spanish Saute Vegetables/ Sancochar Pimienta Ajo Berenjana (西班牙炒蔬菜) was simple and delectable. This gloriously good dish consists of Potatoes, Capsicum, Zucchini, Onions and Green Beans. I also like the fact that the vegetables were perfectly cooked (not under-cooked nor over-cooked) and seasoned with care. 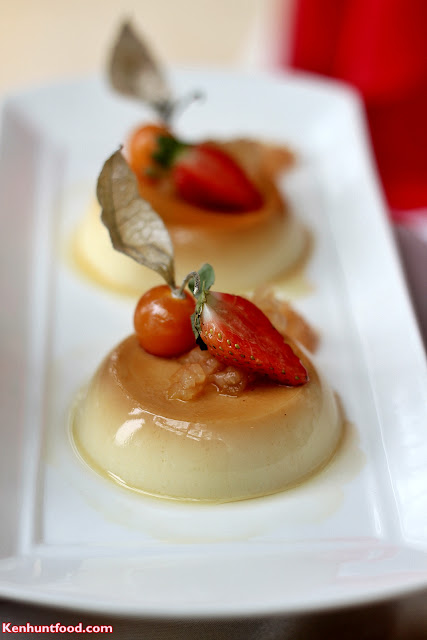 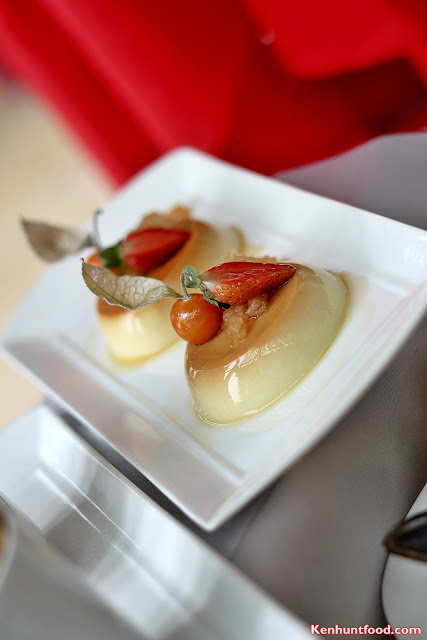 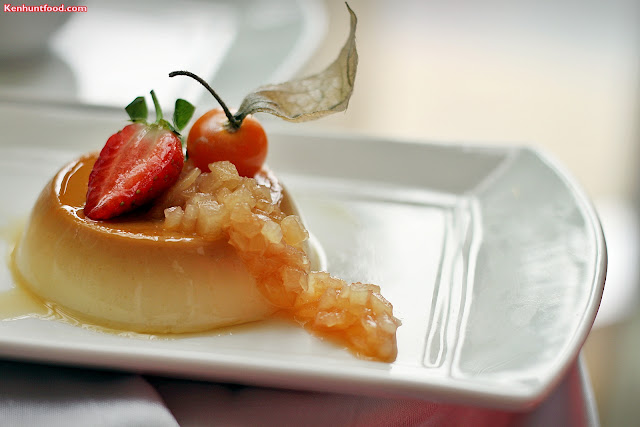 As for desserts, we were served with this Spanish Creama Catalane (加太隆尼亚奶油布丁). I personally enjoyed this wonderfully done dessert very much, it just melts in your mouth automatically. I also like the strong Vanilla and Custard flavors, with an agreeable amount of sweetness, a very good dessert to end the meal indeed. 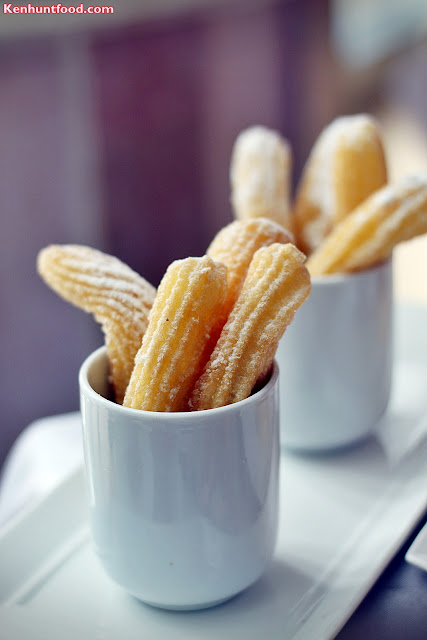 Their Spanish Churros (西班牙式炸小油条) was a huge disappointment. They had it done wrongly in terms of both the texture and flavor. Firstly, Churros are meant to be crispy and served hot. The Churros we had were soggy and lacked of the bite. Furthermore, the sprinkling of Icing Sugar itself was not sufficient to bring out the full flavors of Churros, some Cinnamon Powder would be good enough, or even a Chocolate Dip like what I had at San Churros back in Perth. I have seen some eateries at Shanghai serving Churros with Ice Creams too. 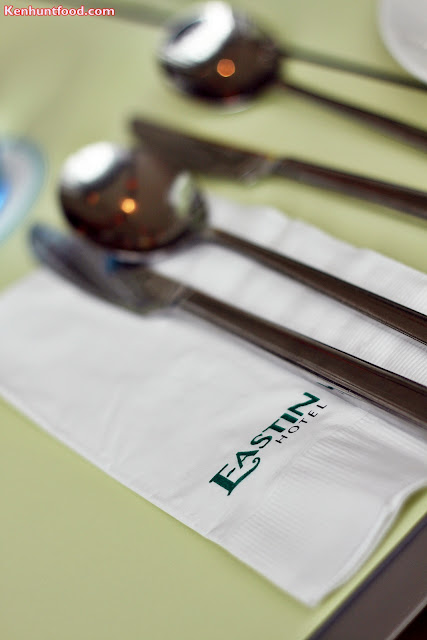 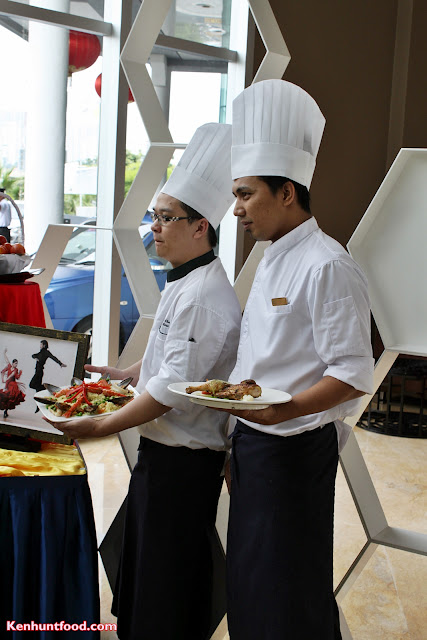 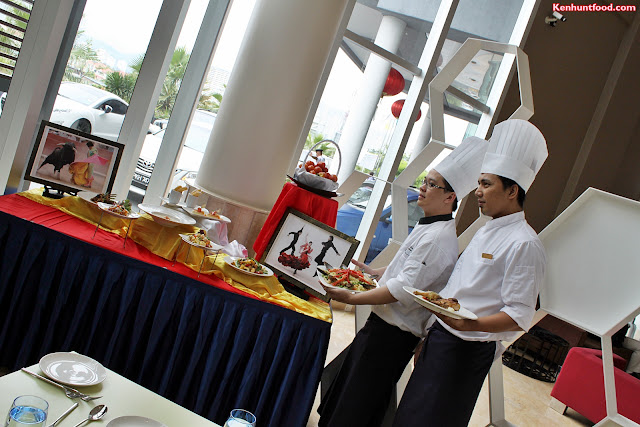 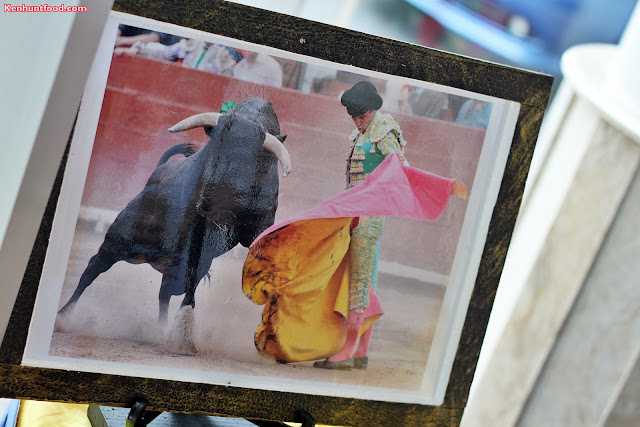