Authentic Sze Chuan cuisines are mushrooming recently in Penang, probably due to we Penangites prefer spicier and hotter food. As most of us are aware that Sze Chuan cuisine (四川菜) are very spicy/hot and oily, therefore, it might not be easily accepted by all. The pungency and spiciness are results from the great amount of Garlic/ Dried Chilies/ Sze Chuan Peppercorn (花椒) etc. You will definitely find some authentic Sze Chuan dishes in Red Chilies Wok Restaurant, aside from spicy Sze Chuan dishes, they do offer some Cantonese (粤菜) dishes as well. To find Red Chilies Wok Restaurant, locate "Bata" Shoe outlet at Macalister Road and make your turn into Madras Lane, you will find Red Chilies Wok Restaurant on your left side immediately (opposite to Copra Cafe). Most of their dishes are reasonably priced and serving portion was quite big too. Be sure that you can take spicy and oily food before you have your attempt on their authentic Sze Chuan dishes here, but do come and challenge yourself if you think that you are not afraid of spicy food. 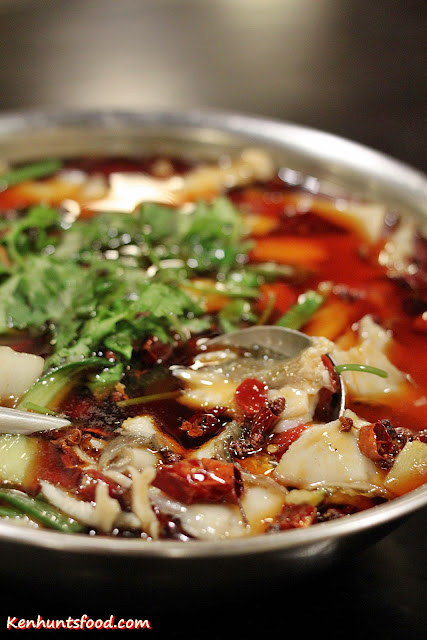 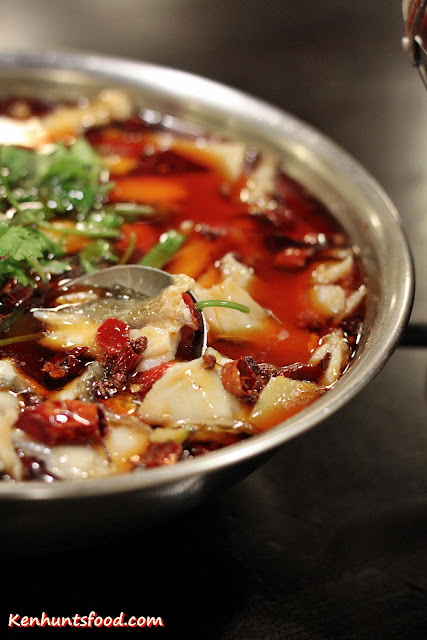 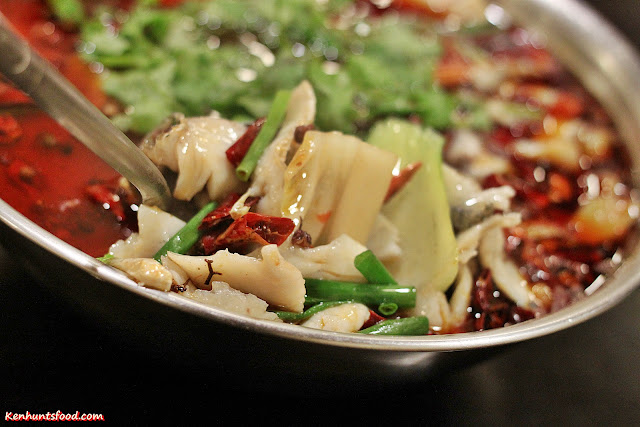 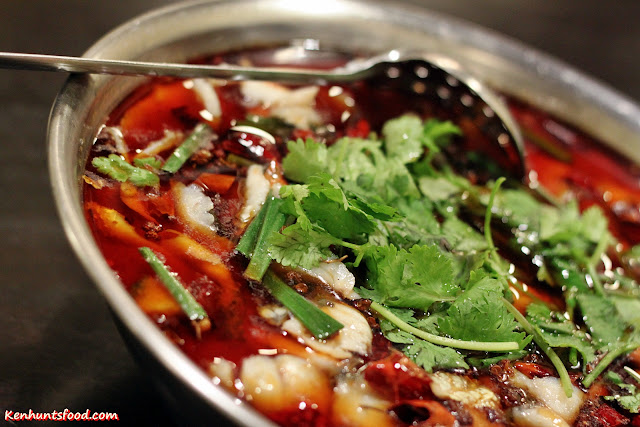 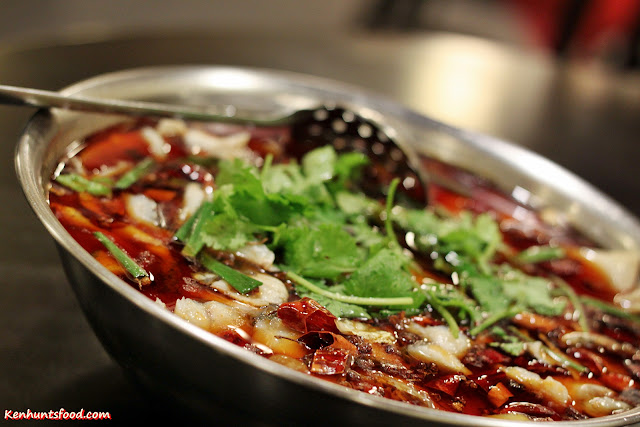 Speaking of Sze Chuan cuisine, their Water-cooked/ Poached dishes are must-try items. This was their Sze Chuan Spicy Poached Fish (四川水煮鱼, Rm 48), it was fully covered with Chili Oil when it was served, this means that the fish will remain its temperature for quite a long period of time. You can find some Fish slices, Cabbages, Chinese Cabbages, Dried Chilies and tonnes of Sze Chuan Peppercorns inside. To my surprise, the fish slices were extremely tender and smooth to my liking. However, the fish slices somehow lacked of some flavors in my opinion, particularly some salt. Their cabbage was very sweet and crunchy either, you just have to be prepared that your tongue will become completely numb after having few mouthful of the fish and cabbages. 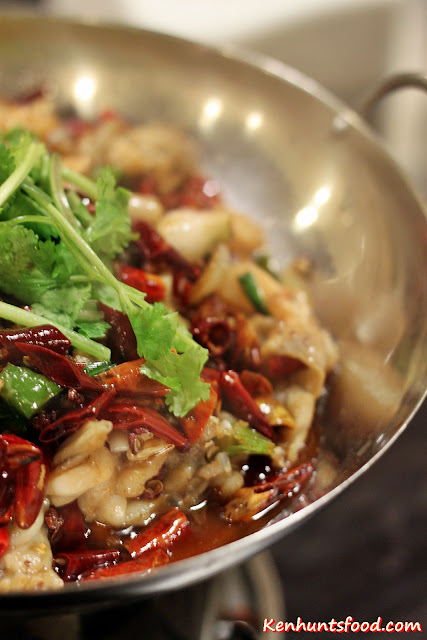 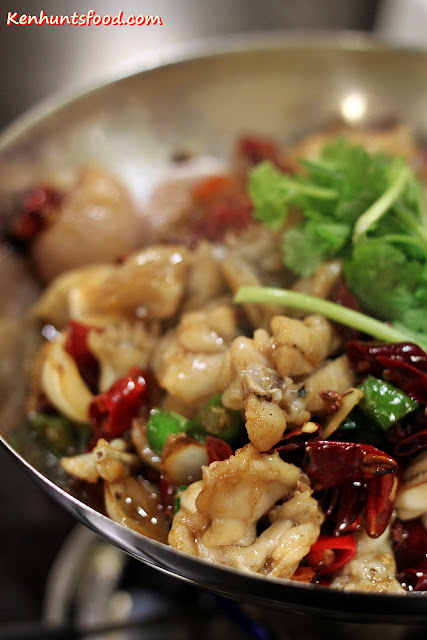 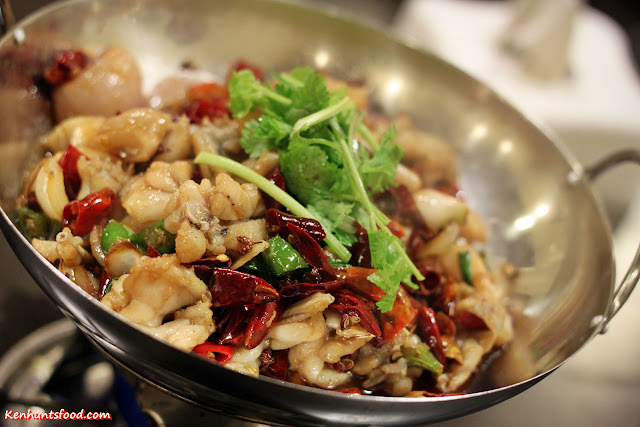 Dried Pot Frog (干锅田鸡, Rm 30) was one of my favorite dishes among all that night, the frog was cut into smaller pieces and stir fried with Garlic, Peppercorns and Dried Chilies, along with some onions too. It comes in a rather huge portion. The frog meat has successfully maintained its juiciness and tenderness, the sauce was very flavorful to my liking either. Surprisingly, this dish was not as spicy as I thought it would be, judging from its spiciness, I would say that this dish is also suitable for those who can't really take spicy food too. Recommended. 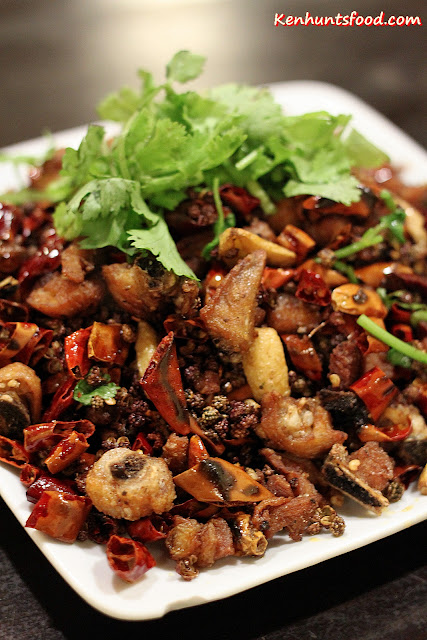 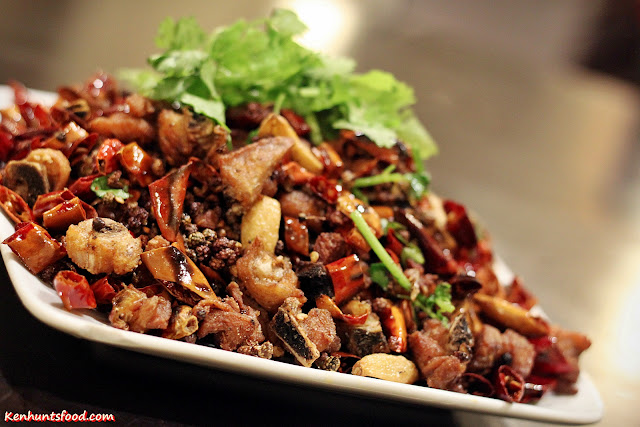 This was the dish that I dislike the most during that night, probably due to the enormous amount of Sze Chuan Peppercorn used, every single bite into the chicken causes my tongue to numb for quite some time. This dish is very famous among the Sze Chuan cuisine, named as Spicy Deep Fried Chicken (辣子鸡, Rm 25). The chicken first chopped into very small pieces and deep fried together with Garlic, Peppercorn and Dried Chilies. This dish was very spicy (please beware of this dish for those who can't really take spicy food) and what I dislike the most was, the small chicken pieces actually consisted bones, they did not detach the bones from the chicken, which makes it very hard to eat. Moreover, the chicken was slightly over-seasoned in my opinion (although my friend from China commented that the food near Sze Chuan province are pretty salty/spicy and he actually likes it), the chicken meat lacked of its juiciness and the bite. It tasted like spicily numb Pop Corn Chicken with bones. Not a fan of this dish. 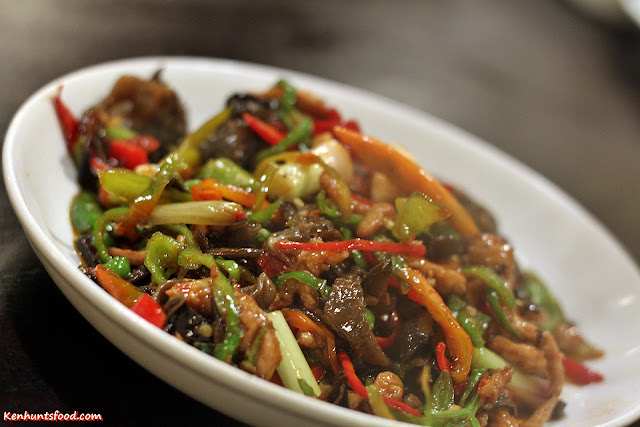 Stir Fried Pork with Chilies (鱼香肉丝, Rm 12) was another favorite dish of mine. Thinly sliced pork meat was stir fried with some Shallots, Spring Onions, Chilies, Black Fungus and some Capsicum. The sauce has a hint of sourness due to the adding of Zhen Jiang Vinegar (镇江醋) which has some unique aroma incorporated within; everything just well-mixed and the combination was awesome. Truly appetizing and delectable. Recommended. 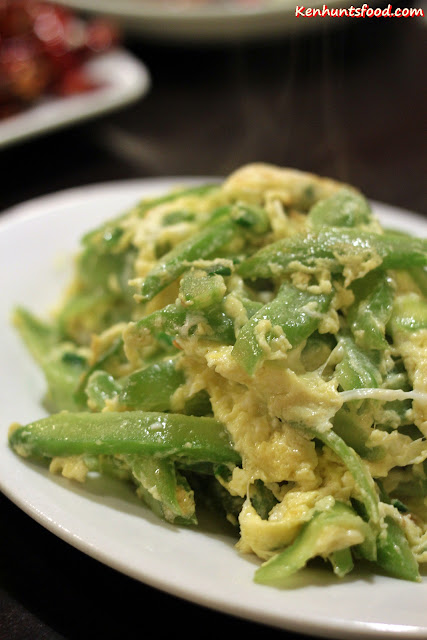 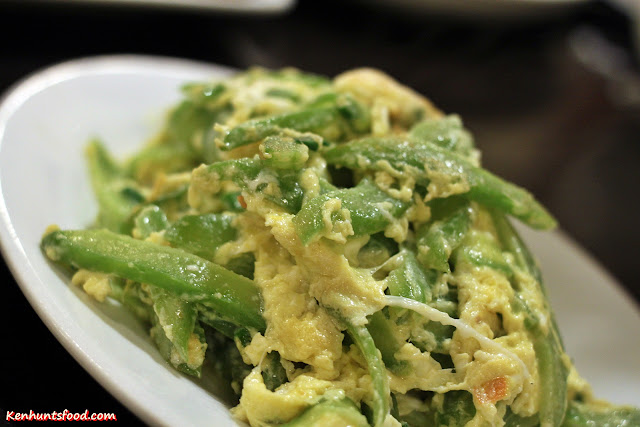 Lastly, we had their Stir Fried Egg with Bitter-gourd (苦瓜炒蛋, Rm 10). The fragrance was so strong that we can even smell it before it reaches to our table. The Bitter-gourd has well-maintained its crunchiness and the egg was reasonably flavored and nicely done. My friend find the Bitter-gourd to bitter for him but it was perfectly okay for me. The dish would have impressed me further if it was not that oily. Nevertheless, it was still decent. 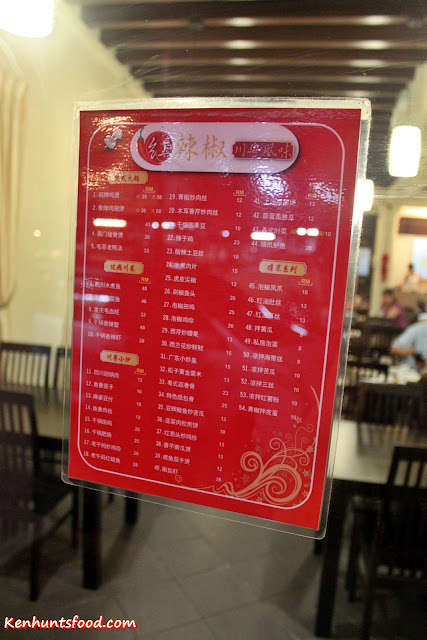 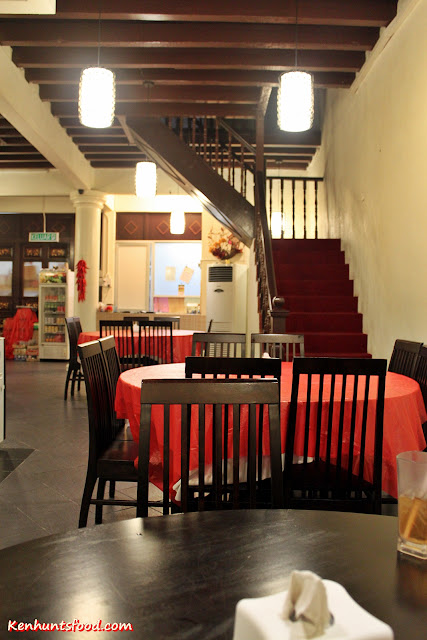 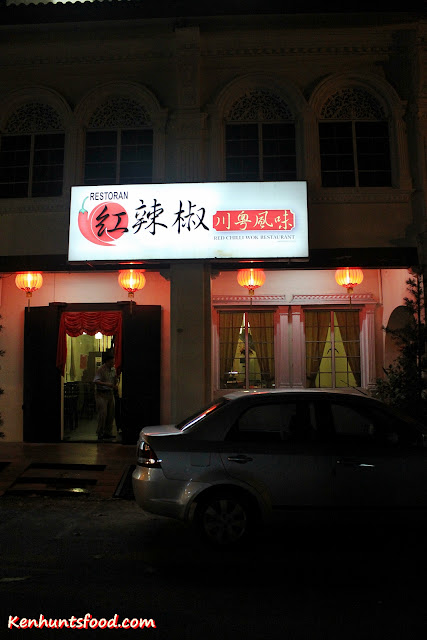 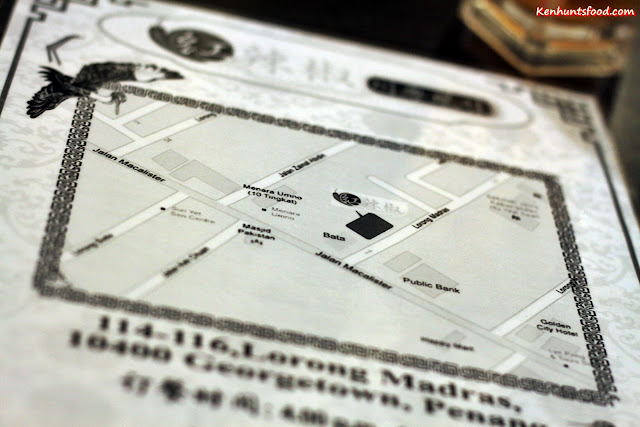 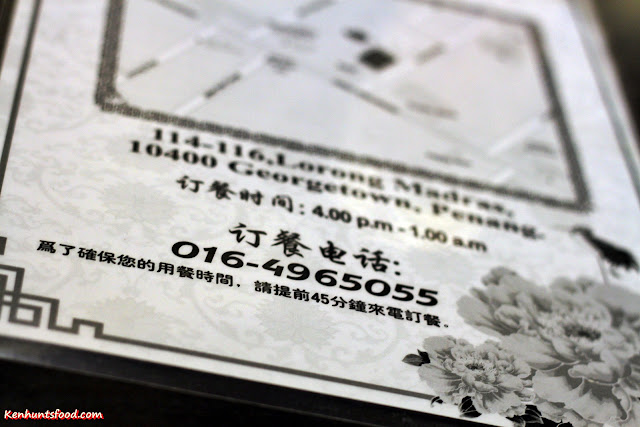 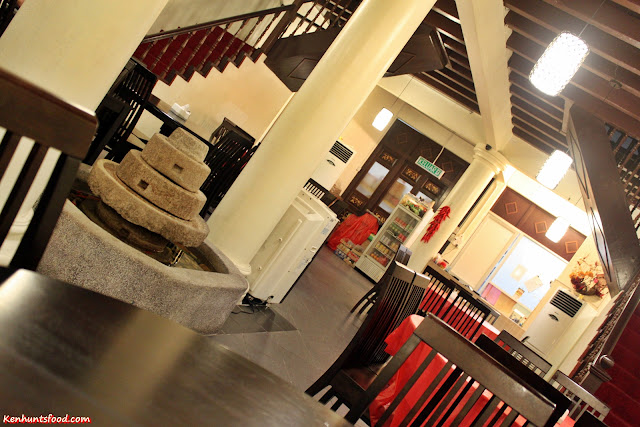