****Announcement: I've decided to downgrade the marks given for Haven Delights @ Times Square, Penang as I had some bad experience during my second visit just now (Date: 27/4/2012, Time: 7:30pm). Declaration: Using Groupon vouchers.

Reasons as follow:
1) Change of menu, unclear and blur pictures shown.
2) Food quality obviously deteriorated a lot, an example will be their Unagi sushi, no sauce was given, so dry and bland. Sashimi was disappointing either as they were not fresh at all. Too salty for their Miso soup.
3) They served me uncooked chicken, a bit raw inside.
4) Chaotic orders, i've placed order on some stir fried squid with chili but they served me some sort of peanut butter sauce instead.
5) Dessert of red bean soup has disappeared (I remember they were serving them previously), but there were still some fruits.

Overall, it was very disappointing. It does not worth the value of Rm28 (for the voucher) either, serving uncooked/raw chicken meat is a fatal error. I would not recommend this restaurant to my readers anymore. Try at your own risk****


Similarly to TAO Japanese Restaurant, Haven Delights serves fusion-style All-You-Can-Eat buffet at a fairly lower price. The buffet includes dishes from Japanese, Korean, Chinese, Taiwanese and Local cuisine. I have been to Haven Delights years ago before they were closed down. I always wanted to go and try for their dishes again after they have re-opened and coincidentally, I took the opportunity to buy the online voucher from Groupon which cost me Rm28 instead of Rm49.90. Anyway, in Haven Delights, one must order dishes by dishes instead of taking desired food from the booth. Overall, I find the quality of the food served in Haven Delights was rather inconsistent, where some of the dishes were impressive and some do not. Service wise, was decent and the time used for the food to arrive was quite fast. 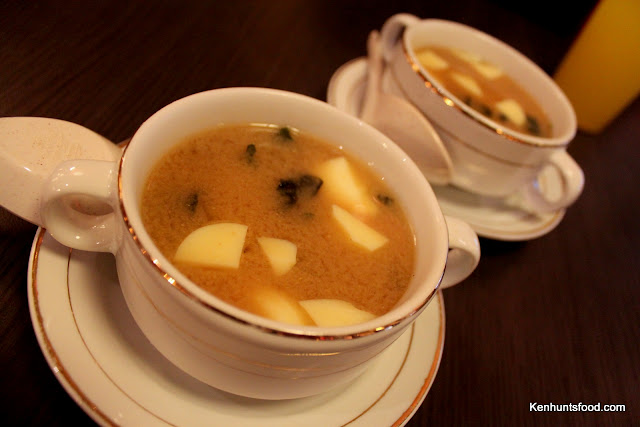 I always had a bowl of hot miso soup to start the meal. You have to take your own miso soup at the self-service counter. Their miso soup was more to the salty side and the temperature was well-maintained at a suitable level (i.e. not too hot nor cold). 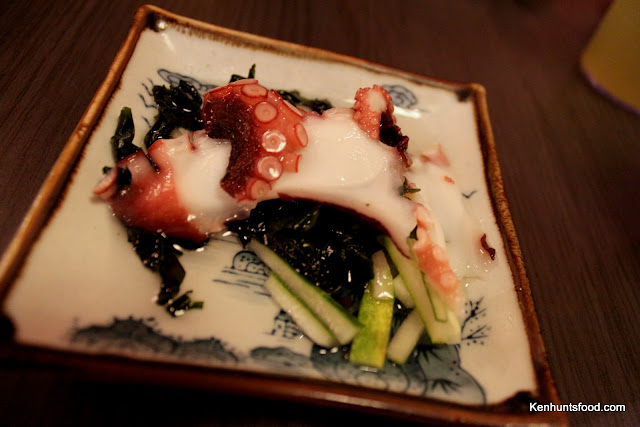 Squid Sunomono, Su refers to vinegar and Sunomono refers to a variety of vinegar-ed dishes. The cucumber slices and seaweed were soaked in the vinegar, surprisingly, the squid works perfectly well with the vinegar, as in the distinctive sweetness from squid can be tasted well. 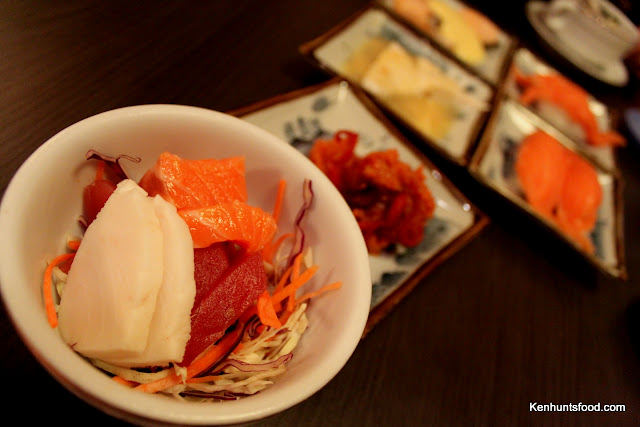 Savoring a plate of fresh sashimi is a must when one is enjoying a Japanese meal. Haven Delights' sashimi came in 6 pieces, a total of 3 types of fishes-- White tuna, Tuna and Salmon. Their sashimi was quite fresh but sadly, inadequate skills have caused the texture of the sashimi to be imperfect. Particularly the procedures in handling/getting rid of the bones in the salmon. There were quite an amount of holes left on the fish and they were very obvious. Moreover, the sashimi remained very cold the time they were served. Overall, the sashimi was decent due to the freshness. 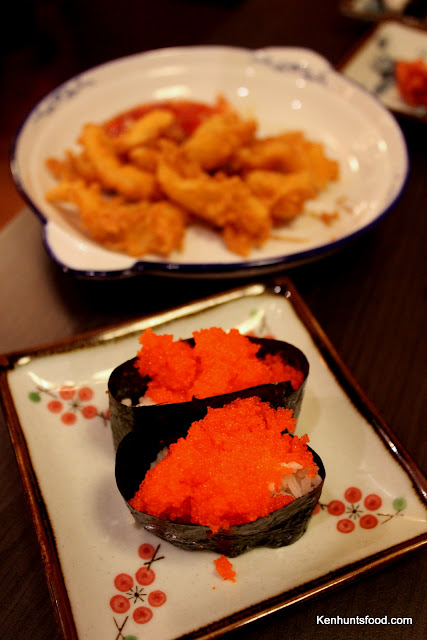 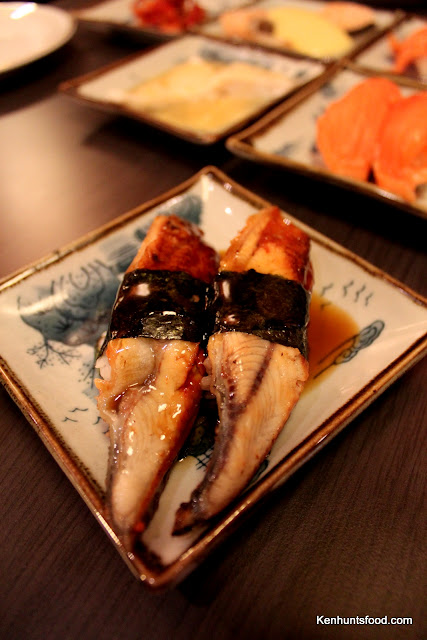 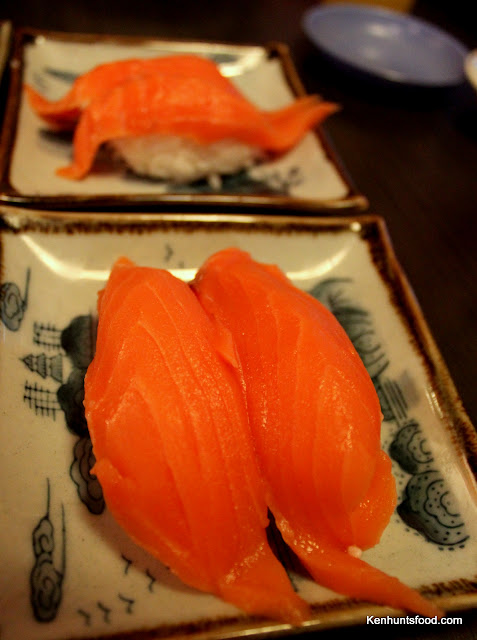 Move on to the sushi. I had salmon sushi, unagi (eel) sushi and prawn roe sushi (ebiko). The salmon sushi was very impressive, just look at the length of the salmon, it covered the rice perfectly and leaving a "tail" behind which most of the Japanese restaurants out there do not do so. The prawn roe was generously given as well. The only cons was the rice used. The rice tasted a bit rough instead of the gluey and starchy texture. It did ruined the overall texture a bit tho. 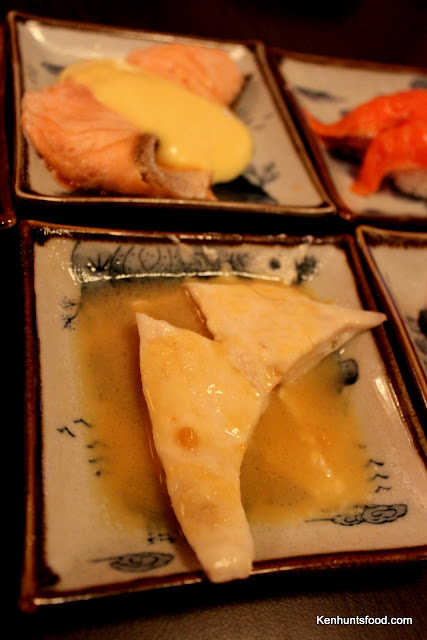 We have tried 2 different types of their fish as well. Salmon fillet and Butterfish fillet  topped with Creamy Cheese sauce. The salmon and the butterfish were completely tasteless IF there was no sauce given to compliment them. The sauce was more to the sweeter side but it did complimented well with the fishes. 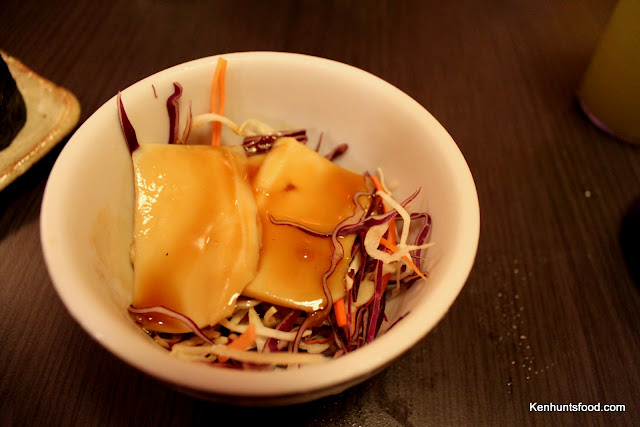 Abalone slices topped with a thick and rich abalone sauce. They were quite salty in my opinion and the worst part was the abalone slices were icy cold the moment they were served. Although it does not affect the taste much but it makes me feel that somehow the dish was not that appropriate and it feels weird to me. 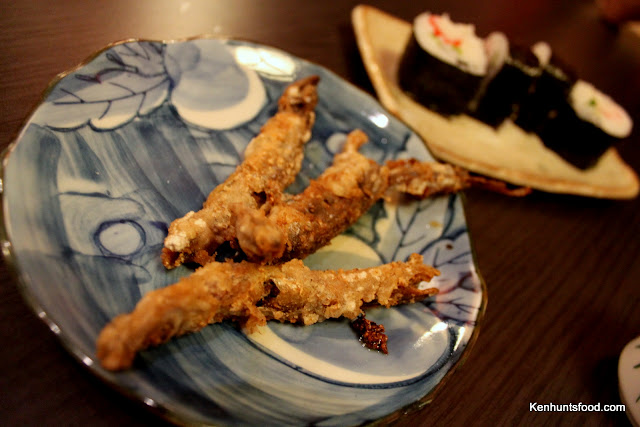 One of my all time favorite, Shishamo. Usual restaurants would have grilled the fish, but Haven Delights deep fried the fish instead. Deep frying the fish causes the fish to be very dried and lost the moisture inside the fish.  However, there was an increased crispiness in texture. Sadly, the fishes were quite oily in my opinion. 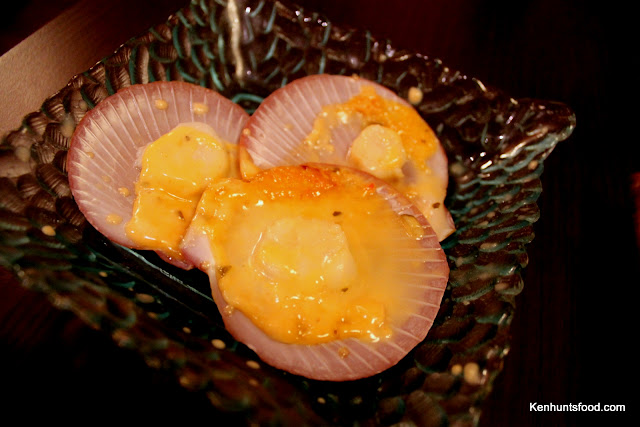 Baked scallops in cheesy sauce was a signature dish from TAO. The baked scallops in Haven Delights were rather disappointing. The cheese does not possess a very significant cheesy flavor and the surface was not grilled enough as in it should appear a charred surface. 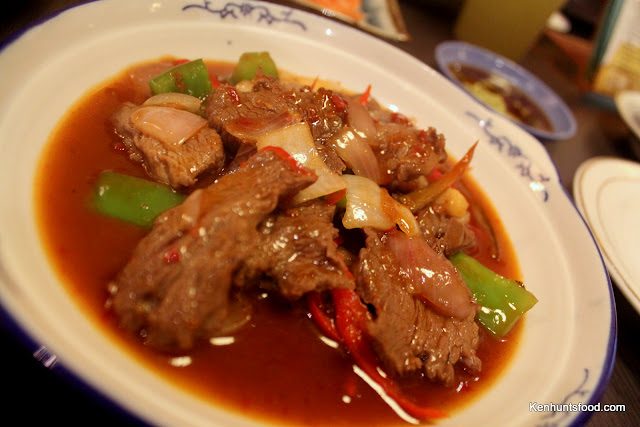 Stir-fried beef in Sze Chuan sauce. The beef was very tender and reasonably flavored. The chili and capsicum have blended well in the sauce as well. It was indeed, a good mix. Recommended. 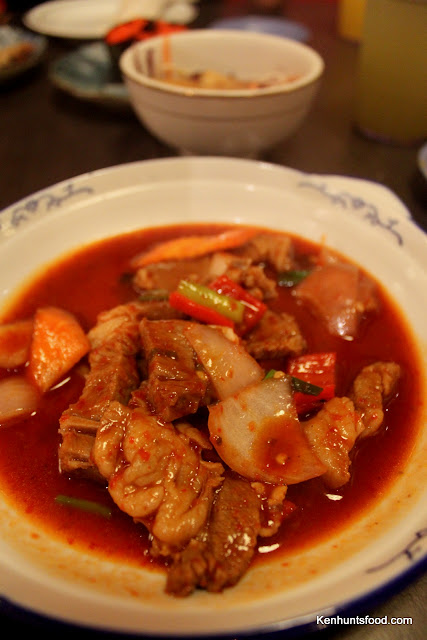 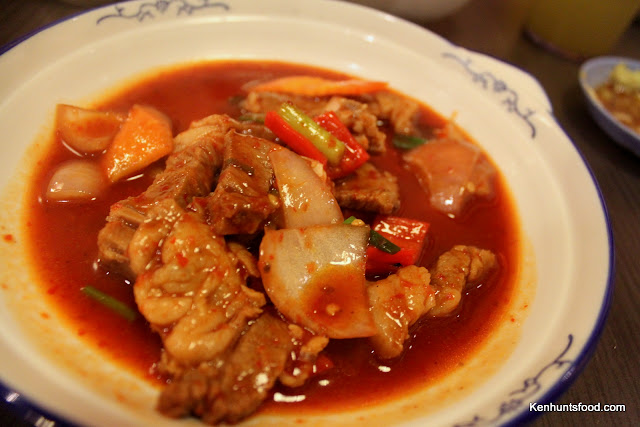 Stir-fried Lamb in Chili, I realized most of their beef/lamb dishes are having onions, spring onions, chilies as ingredients. All the taste were very similar to each other. I was having hard time in differentiating all the sauces. Anyway, the lamb was just decent, the texture was rougher compared to beef and the dish was quite spicy as well. I would definitely recommend beef compared to lamb. 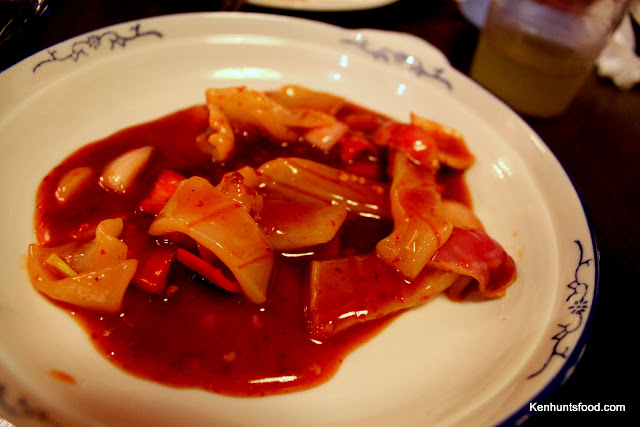 I was very disappointing in this dish, they were supposed to use octopus instead of cuttlefish as suggested in the menu but it turned out to be cuttlefish instead. The cuttlefish possessed a very strong unpleasant odor and it tasted like it was not well-cooked. 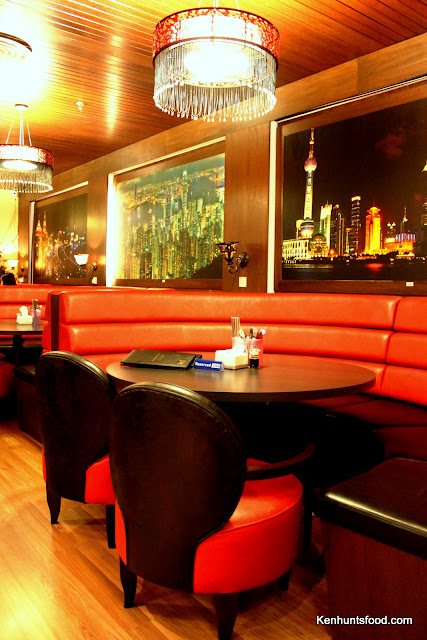 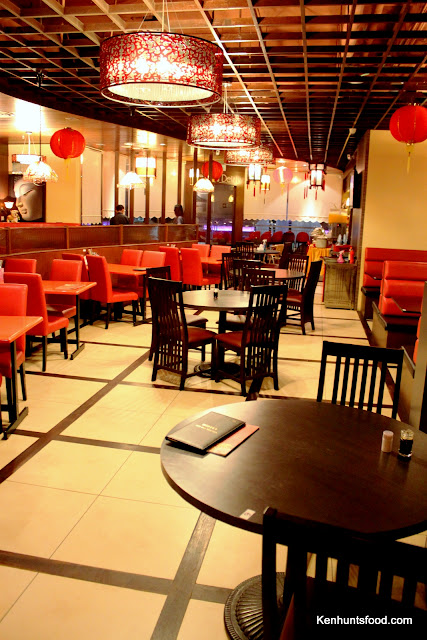 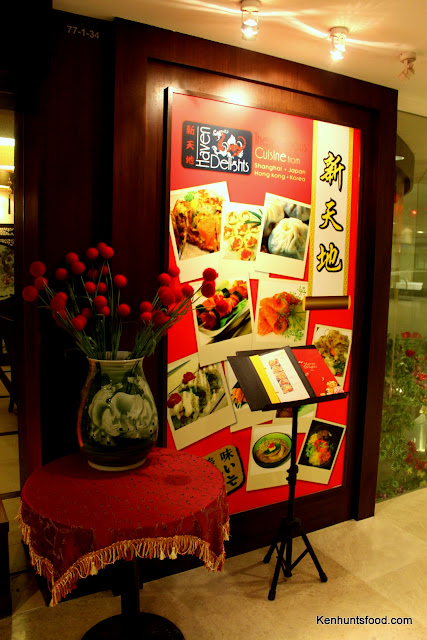 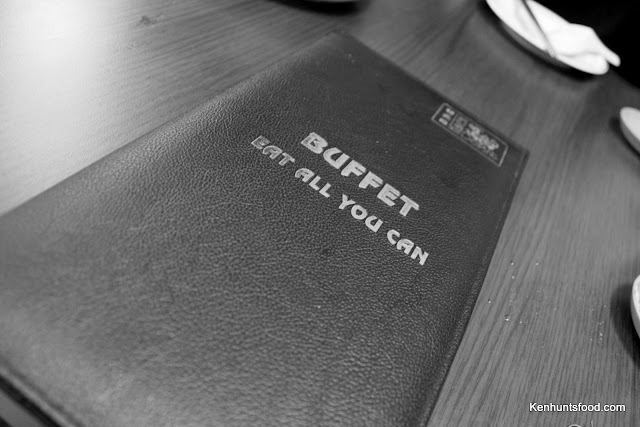 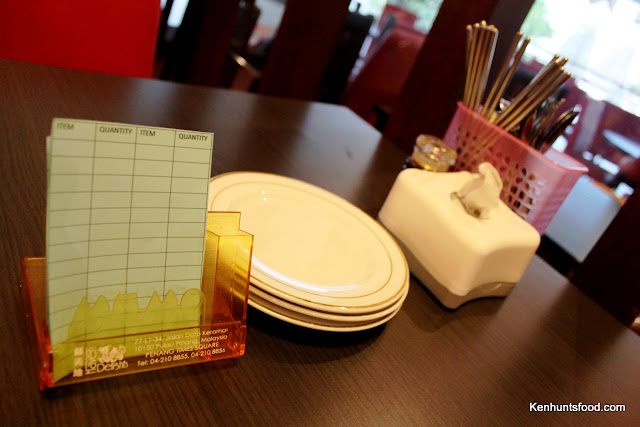 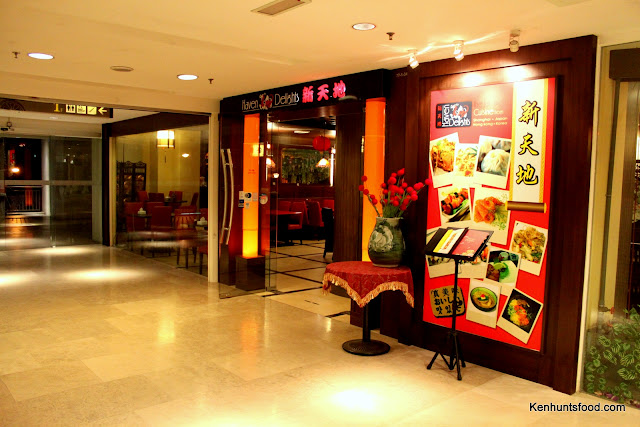