*** This place has since ceased its operations.***

Shanghai Dumplings or Xiao Long Bao (上海小笼包）have always been the favourite Shanghainese food for Penangites. However, it is not easy to find a decent outlet that sells Shanghai dumplings in penang and they are rather pricey normally. This dim sum outlet in Tanjung Bungah offers Shanghai dumplings at a very affordable price. Other than that, they do sell a wide range of dim sum as well, aside from those normal ones like fish balls (鱼旦), har kaw(prawn dumplings,虾饺) and siew mai(pork dumplings,烧卖); they do offer some fried noodles either. Some of the dim sum are considered rare and uneasy to find in Penang too. 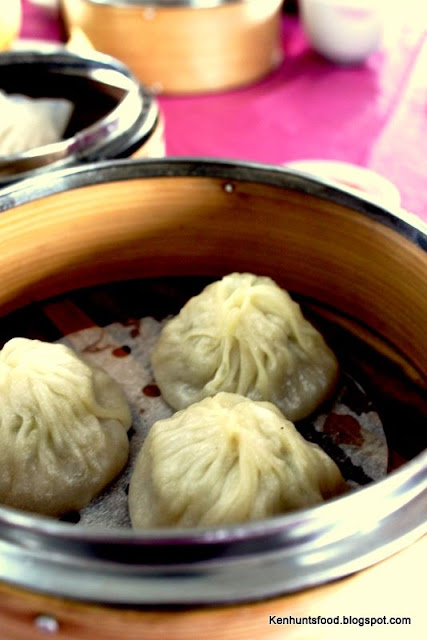 The main focus here--Shanghai Dumplings (3 for Rm4.90) The dumplings contain scorching hot pork soup where the soup is meant to be found in Shanghai dumplings or rather, that's the essence that make Shanghai Dumplings so famous and tasty. A few slices of gingers and vinegar to go with them are simply the best way of tasting them. As for the taste, I would say that they weren't shabby at all considering the price and the juiciness in the dumplings. 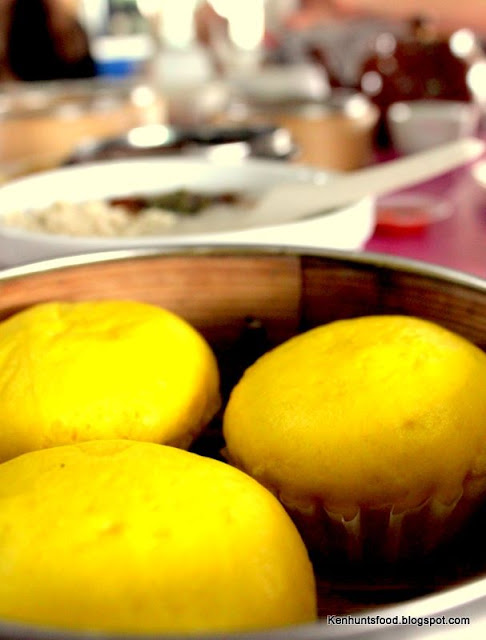 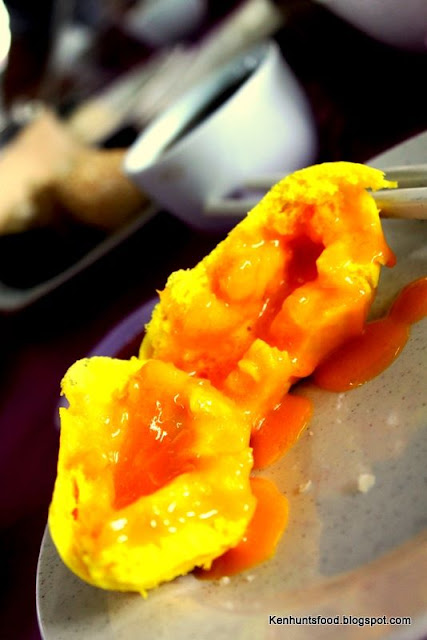 Custard Buns(奶油流沙包), as what you can see from the pictures above, the custard will flow out just like lava after you peeled off the skin. Unlike the ordinary custard, the custard was specially made and mixed with salted egg yolk to increase the flavour. Surprisingly custard and salted egg yolk mix well and create a very rich and tasty flavour. Credits given to the fluffy bun either. Together they are the best custard buns in town. 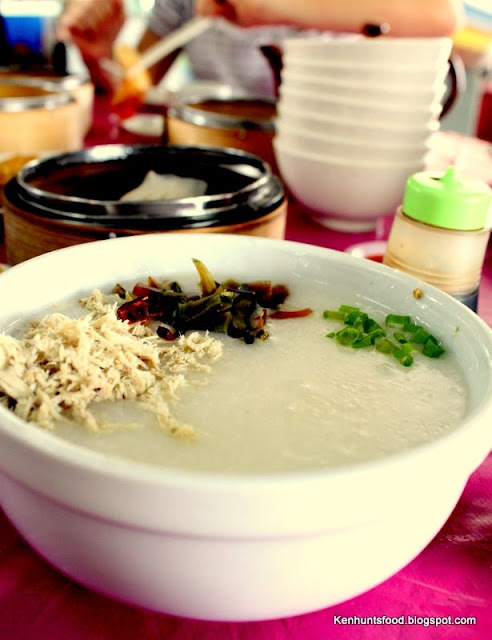 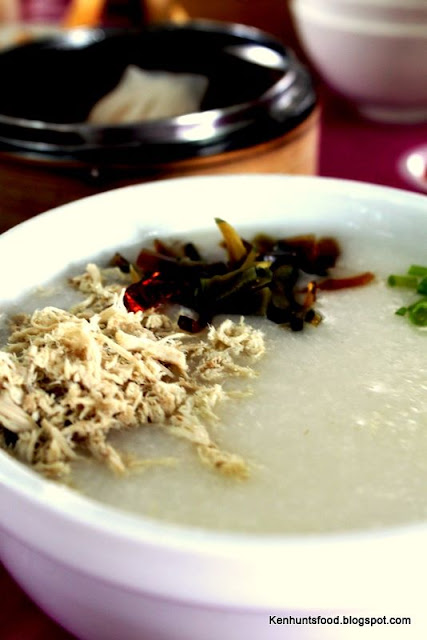 Aside from dim sum and fried noodles, congee can also be found. Chinese people love to have congee as their breakfast, particularly Cantonese, don't they ? Chopped century egg, chopped pork meat and some spring onions were added to increase the flavour and the texture too. Of course it depends on your own preference, you may add some soya sauce either. The congee had a very smooth texture making it suitable for aged people as their breakfast. 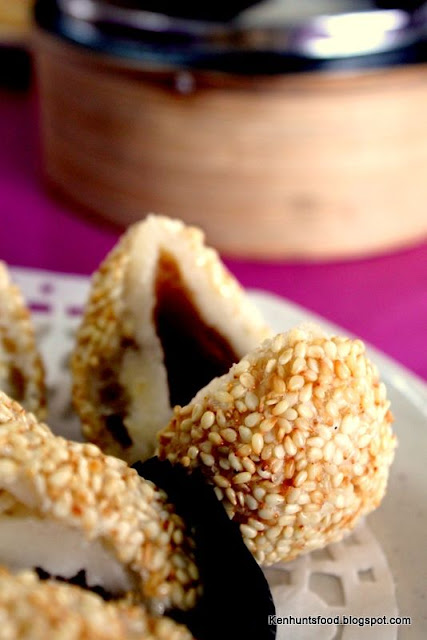 Fried Glutinous Rice Balls (red bean paste). One of my favourite dishes as I adore the springy texture together with the aromatic yet sweet red bean paste. The sesame coated outside the glutinous rice balls increase the texture and flavour too. 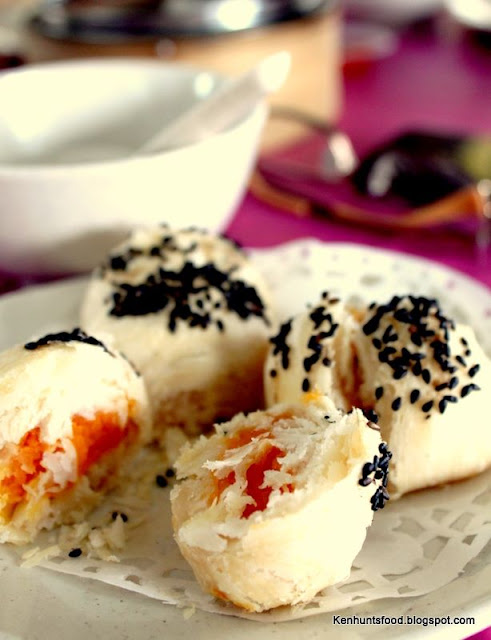 Some buns with sweet potato paste and topped with sesame seeds. I think the buns were fried before as the outer layer looks a bit brownish to me. Taste was okay to me as I don really like sweet potatoes, perhaps they should substitute it with yam paste instead ? Would definitely love to try that. 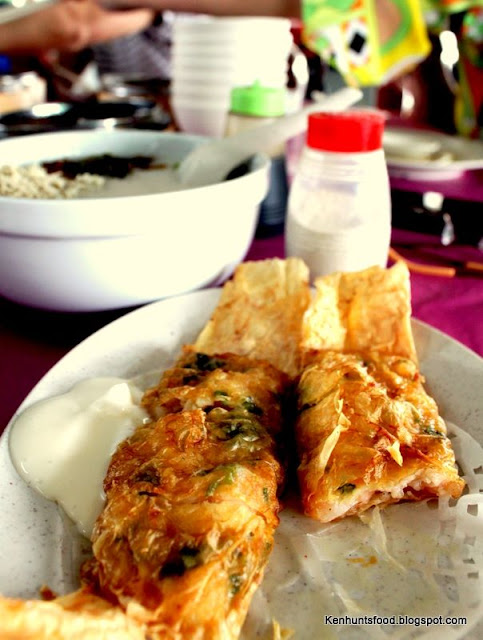 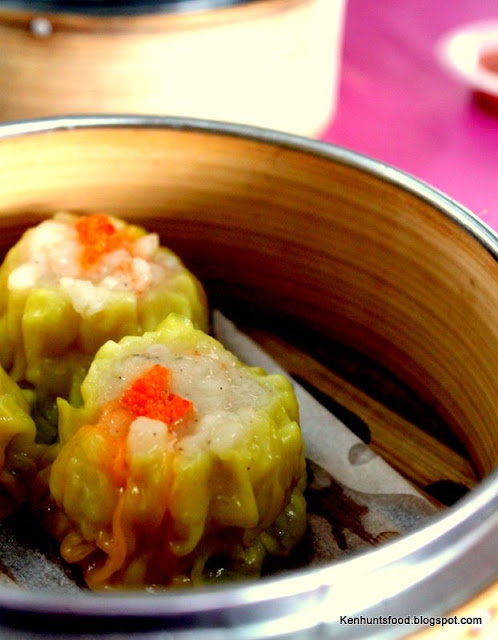 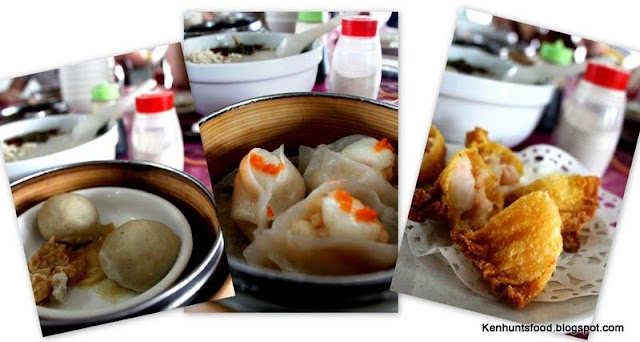 Common stuff seen in most of the dim sum outlets. The portion was rather big here, by looking at the buns and Shanghai dumplings, although the price might be a little higher compared to others, but I think its worth it. Taste good too. 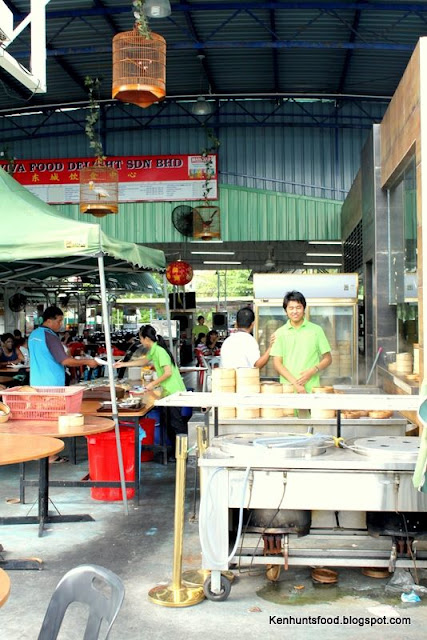