** This restaurant has since ceased its operation.**

Themed restaurants are getting more and more attention nowadays, this creative restaurant had successfully caught my attention as well, mainly due to their openings in Gurney Plaza and Straits Quay. The restaurant was designed to fit in the theme - a clinic. The waiters and waitresses were wearing clinical uniforms as well. I must also praise the use of some technical tools such as surgery plates and syringes(with no needles attached) so do a couple set of surgery knives and wheel chair can be seen near the entrance of the restaurant too. As for the food, they serve both western and local cuisine, fusion in other words. Presentation of food comes in a creative as well, as mentioned, surgery plates will be used and syringes will be used for tomato ketchup or chili sauce. 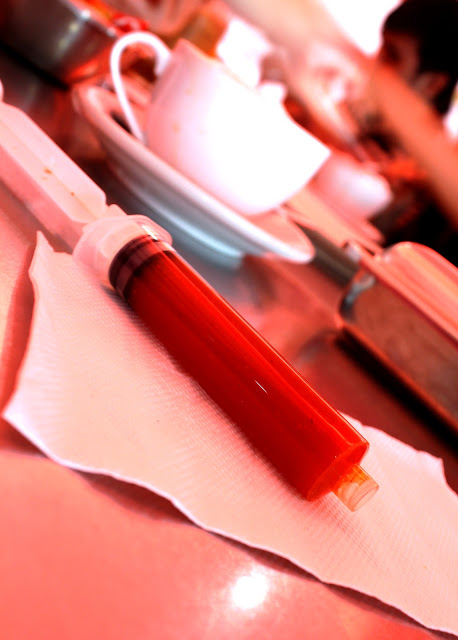 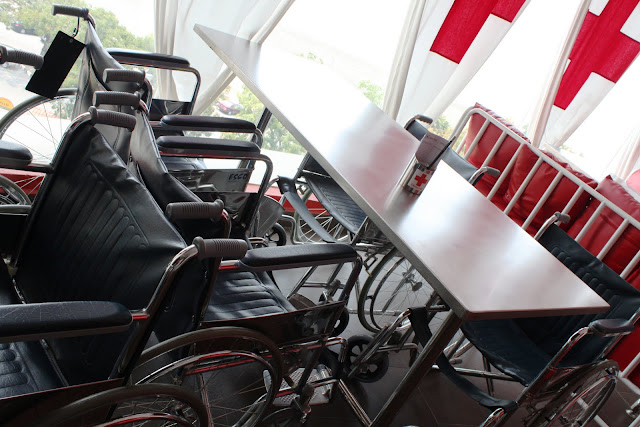 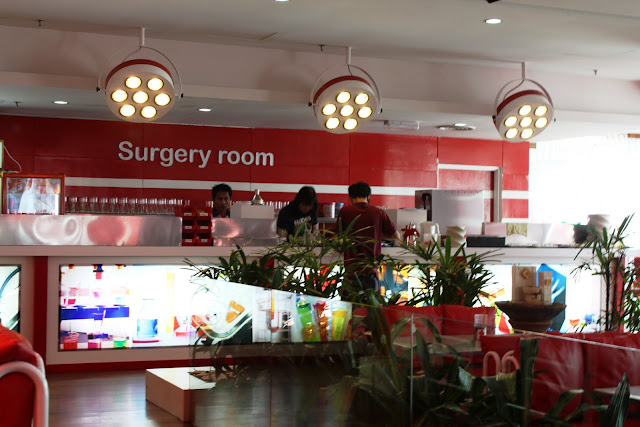 As you can see from the pictures, they even turned their kitchen into a surgery room ! How is it not interesting ? But for the few of us who went in a big group of people, we had to sit in a very poor lighting place with hospital beds, quite comfortable and suitable for chill out with friends too. 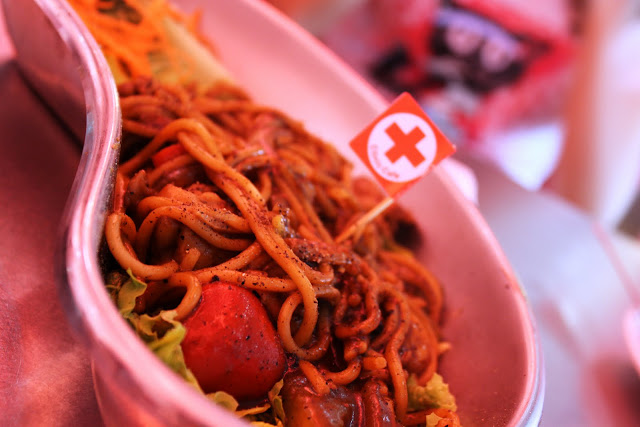 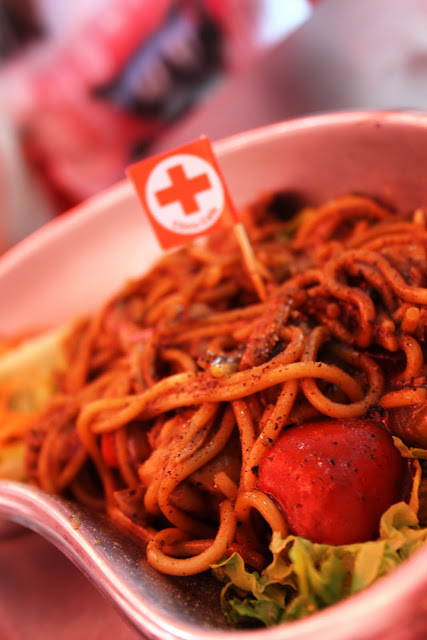 Black Pepper Chicken Pasta Set (Rm 13.80+). They are having this set meal promotion on weekdays (11am-5pm) where you can pick one main course and a drink from the menu. Served in a surgery plate, together with some salad which i find it not necessary and annoying as the pasta tends to tangled with the vegetables. The taste wasn't shabby, just that I do not like the salad being placed together. 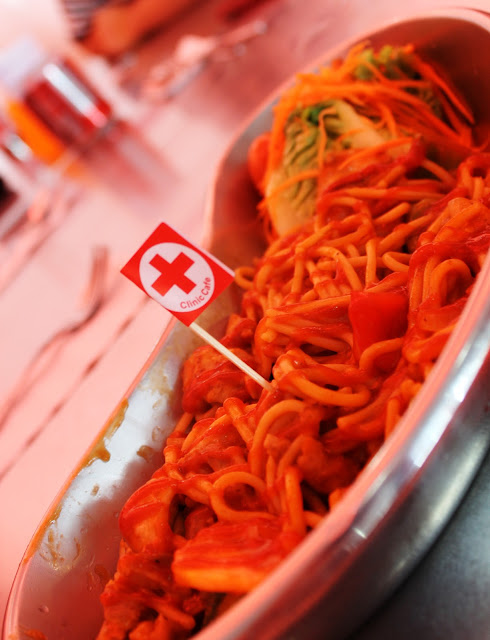 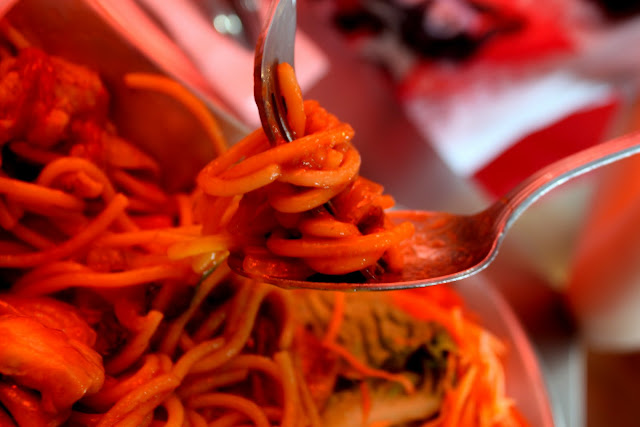 Clinic Chicken Pasta Set (Rm 13.80), unlike the previous Black Pepper Pasta which was using black pepper sauce, clinic chicken pasta uses tomato paste instead. It sounds more ordinary and casual to me, the taste was very normal, nothing is special or worth to mention, same problem as the above, they should place the salad and pasta separately..... 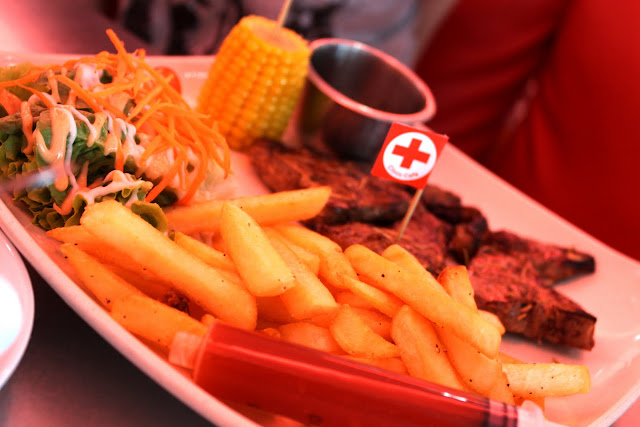 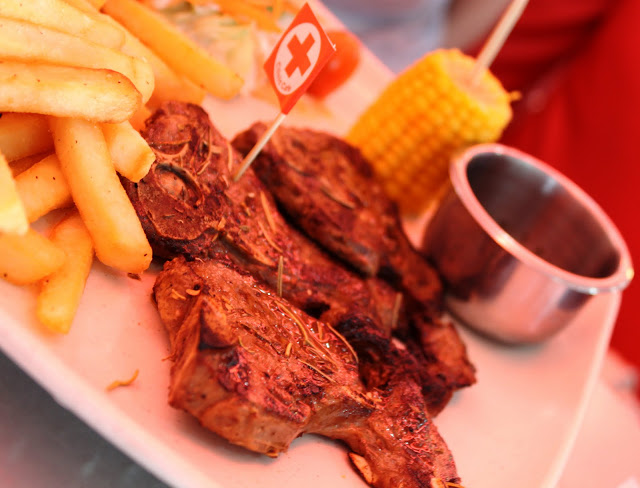 Grilled Lamb Chop (Rm 26.80) It doesn't come in a set, so you will need to order your drinks separately, the lamb comes in a rather small portion as what you can see from the picture, some french fries and salad will be given as well. A syringe of chili sauce will be given too, the lamb chop was just okay, which makes me feel that Rm26.80 wasn't really worth the money.... 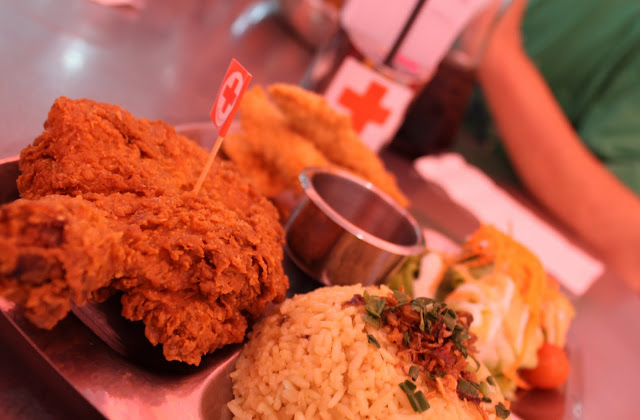 Clinic Chicken Rice Special Set (Rm 15.80)﻿ was the worth most money set in this restaurant. It comes in an extremely big portion with 3 fried prawns, salad, rice and 1 huge fried chicken. The little bowl in the middle contains a specially made hot and spicy sauce which can be really hot and spicy ( abit sour too). I think its meant to go with the fried chicken. Request for some chili sauce or tomato sauce if you would prefer some of them to go with the chicken or prawns. Taste was okay but the texture for the prawns was too dry. I think the prawns' shell weren't peeled off so you might be having a hard time in chewing the prawns. 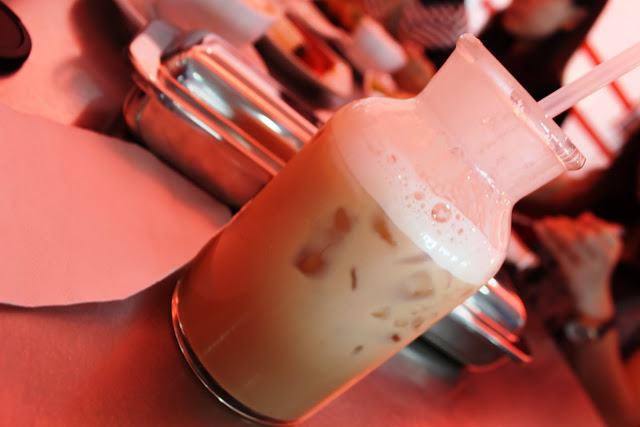 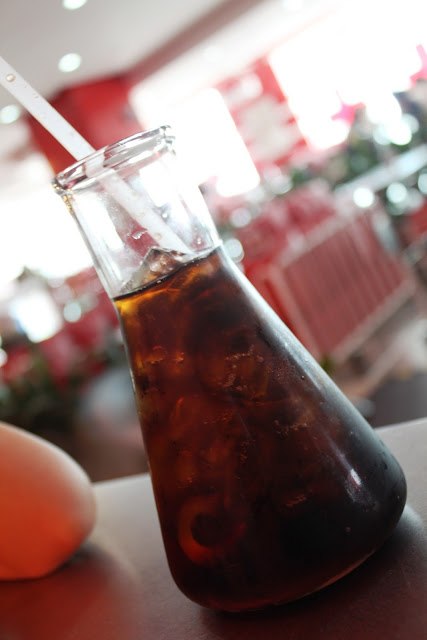 As for the drinks, since most of them will be included in the set meal, you do not have to order extra or pay more. But do note that if you would wish to have something like cold yen yang (tea+coffee) or cold teh tarik (milk tea), extra Rm1 will be charged. This doesn't apply to carbonated drinks like coca cola or miranda orange. 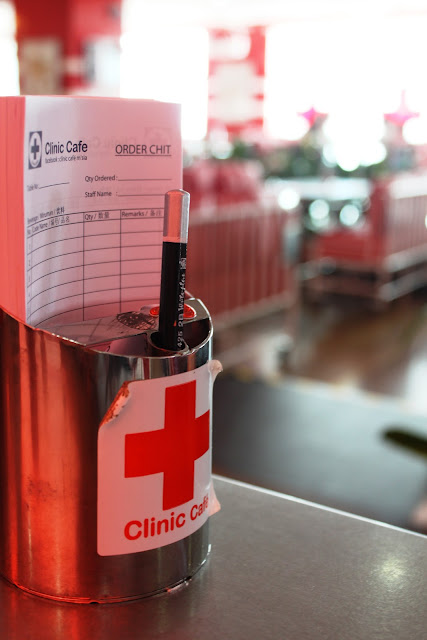 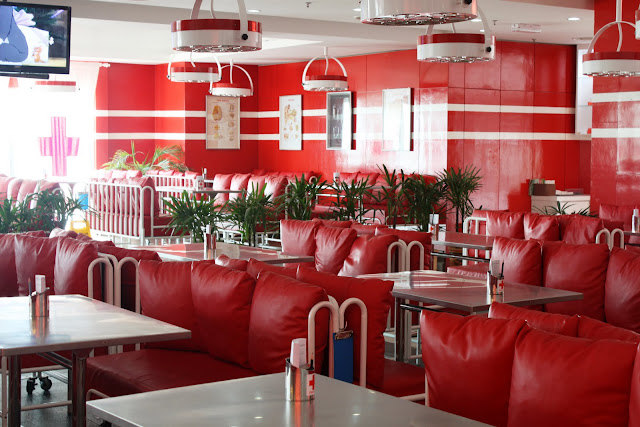 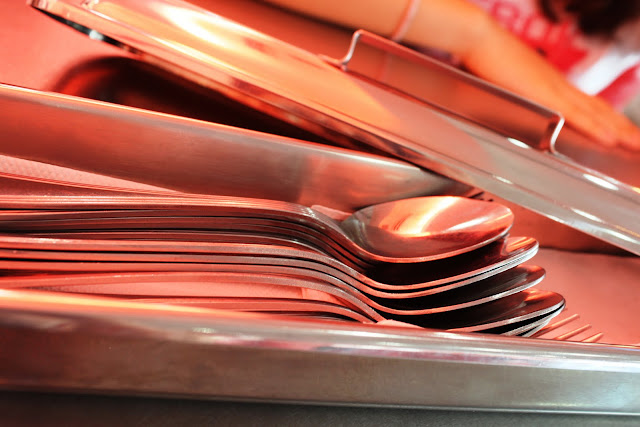 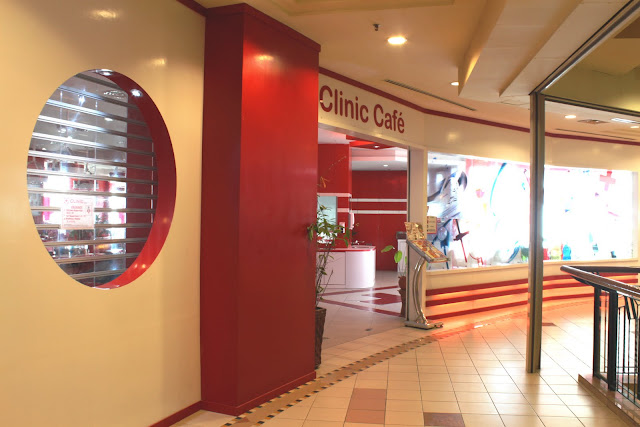 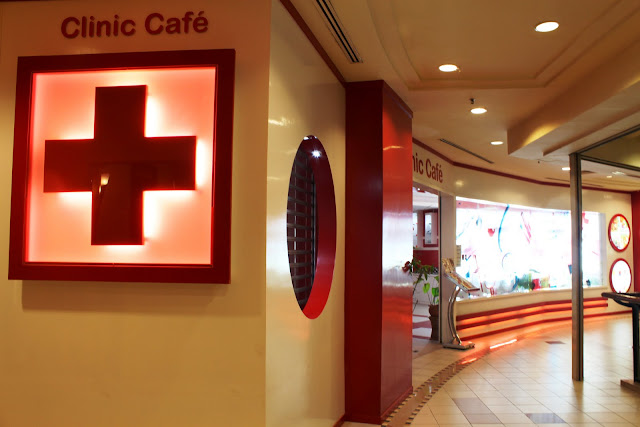 More interesting photos on clinic cafe. Frankly speaking, the food doesn't seem special to me, just ordinary stuff, but the environment that matters. Its really a new and fun experience to dine in in such restaurants. I do hope that there will be more themed restaurants coming up in Penang. Previously we had jail, and now we are having clinic, what's next ?