***This restaurant has moved to Jalan Burmah, Pulau Tikus***
Someone recommended this restaurant to me as he went with his mom and he thinks its kinda good.....so i decided to bring my mom to try it on as well,this restaurant is located on lvl 7 in gurney plaza , opposite GSC cinema and right beside SenQ.......below are our attempts : 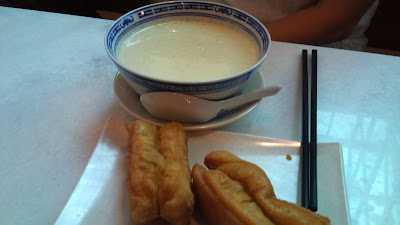 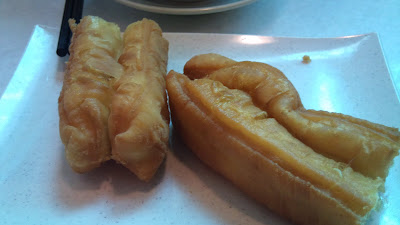 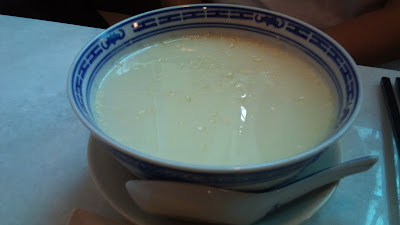 Soya Milk with 'yau char koay' (rm4.50).....the soya milk comes in a big portion and the soya taste is so strong......not too sweet and they actually put in some 'sago' as well which light up the whole soya milk =) 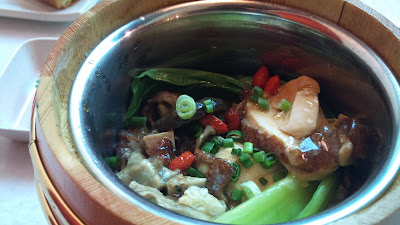 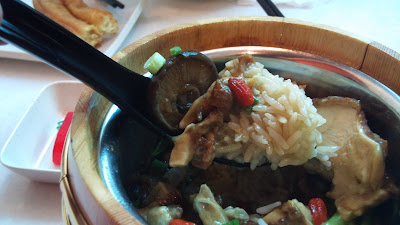 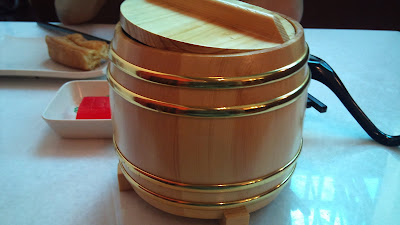 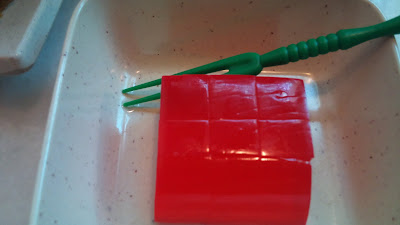 This is 'Duck and Chicken Rice Barrel' (rm 10.90).....portion is just ok , chicken and duck were kinda overcooked.....quite hard to chew , rice was too soft and its abit tasteless.....im actually kinda disappointed with this dish , and every rice set comes with a soup and a desert and the rice actually sets in a wooden box , isnt that CUTE...lol 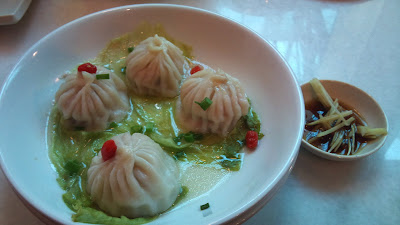 Meat Dumpling (rm7.00)......taste was ok but it wasnt as juicy as the 1 in shang hai ting's and the taste was actually quite similar also @.@ 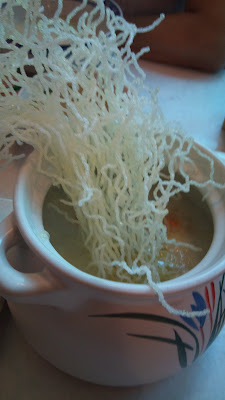 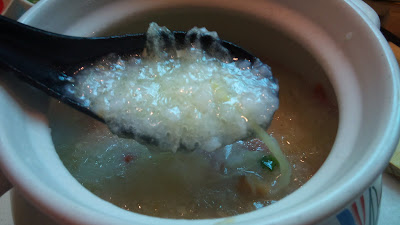 Scallop & Fish Porridge (rm 11.50).....the porridge comes in a perfectly ok portion and the taste was superb.....u can also notice tons of dried scallop swimming in it ,those coral-looking thingy was fried bee hun......by softening those into the porridge , it creates a special kind of texture and it really was a good idea =) 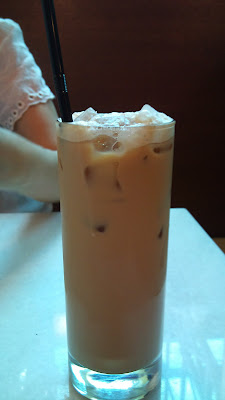 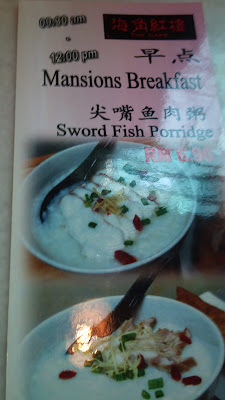 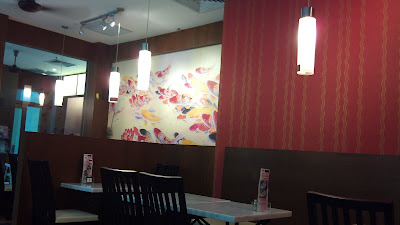 The place wasnt too big , just a few tables inside this restaurant , a 10% service charge will be added to ur bill and 1 thing i like about this restaurant is they serve things hot =)
Labels: chinese cuisine, congee, gurney drive, gurney plaza, local cuisine, seafood