Located at Air Itam (opposite CIMB bank , b4 the roundabout to Bkt. Bendera) , this coffee shop is always packed with ppl during weekends , they offer quite a lot of variety of food such as bah kut teh , mee goreng , chu char , satay , char kuey teow etc......however , among those , we found that their bak kut teh is the most special among all as well as their chu char......others werent that impressive , so here are some photos : 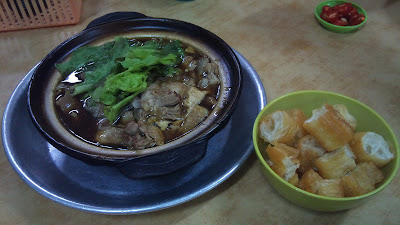 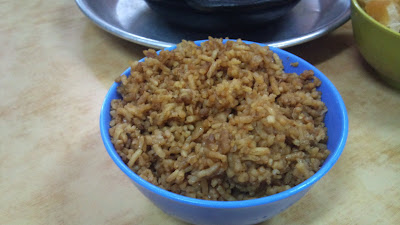 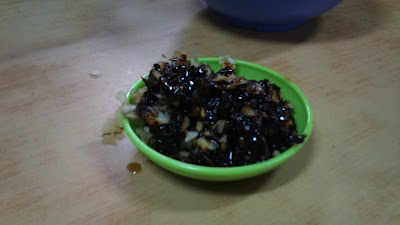 Bah Kut Teh ,which comes with a small little bowl of 'yau char kuey'......very strong flavour of chinese herbal and some fragrance of special spices......pretty good i would say , not so oily for this stall's bak kut teh and u can always ask them to refill the soup for u =)......the yam rice was aromatic as well......full with yam cutlets which the flavour of the yam fused with the rice...imagine that XD....also , who can eats yam rice without garlic @.@ right ? 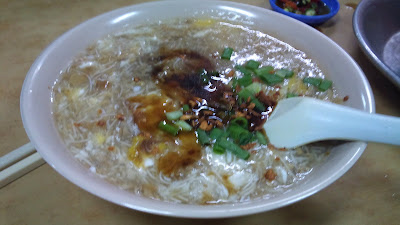 The 'mee sua kow' from the chu char stall (rm4.50 for 1 person's serving)....the texture is kinda similar to shark fin's soup.....it would be even nicer if u serve it with some vinegar....as it brings out the flavour more =D.....there were prawns and crabmeats flakes inside(don expect them to be damn big though).....and this is also 1 of the best mee sua kow i had found in town so far =) 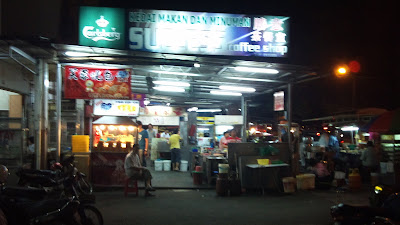 Yea , i know the quality is kinda poor as my hands were shaky , my parents ran away when i was shooting this photo...lol....i should take my time as the car key was with me >.<
Labels: air itam, bak kut teh, seafood