Had lunch with ms S b4 we went for the talk , the talk was a crap anyway , so this is actually a re-visit....i'd visited this cafe( in D'Piazza which 5 mins away from sunway tunas and PISA )back to semester 2 in my foundation....but we were shocked that they din even change/modify the menu.....so anyway , we tried some other where we din try b4...here are some orders of the day : 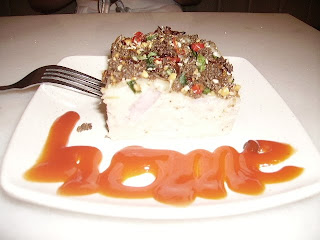 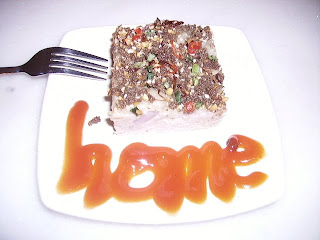 Yam cake (rm2.80)....taste was pretty decent but wat good is they actually gives a lot of so called 'toppings' and they decorate it =) which feels like upgraded the whole thing....lol 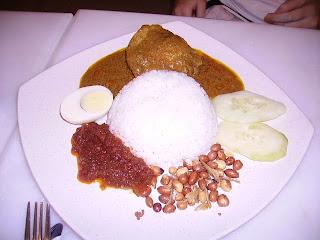 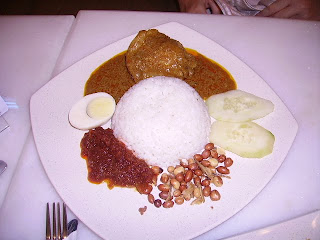 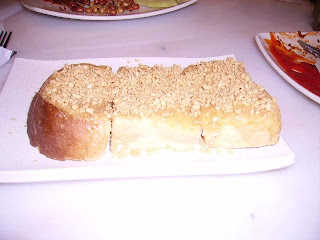 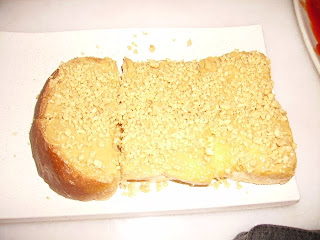 My peanut buttered roti bakar (toasted bread-rm2.80)....taste was ok i supposed but wat i adore is they actually sprinkled a lot of peanuts on top of the bread which makes the whole thing so aromatic......btw the bread was toasted to a certain level of crunchiness b4 they spread some peanut butter on top of it 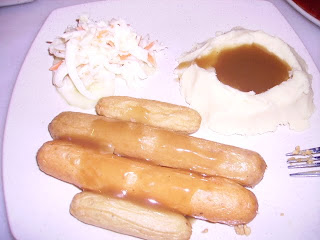 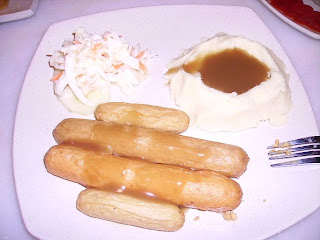 My sausages combo with mashed potato(rm8.90)....lol....the taste of the sausages was damn nice....as well as the mashed potato....and i found that the serving portion was rather big as u can see from the pic , they served 2 small sausages and 2 big ones.....8.90 was actually a pretty decent price for this dish =) 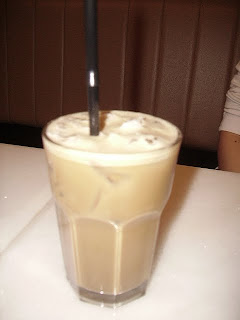 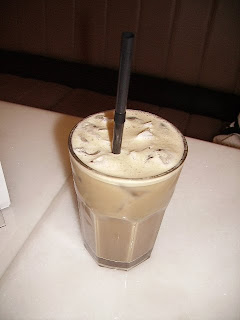 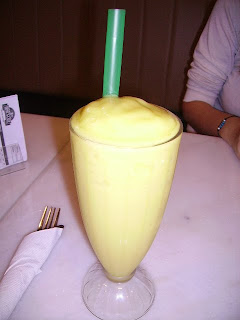 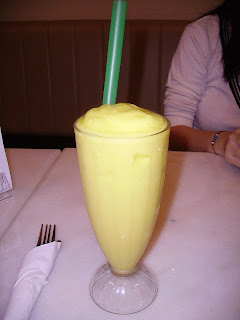 My mango smoothies with yogurt (rm6.00)....quite smooth and fragrant...strong flavour of mango....i found it quite nice overall.....there wont be any govt tax but they will be a 5% of service charge on ur bill.....all the above totalled up rm33.65.....was kinda exp for an ordinary lunch though
Labels: bayan baru, cafe, chinese cuisine, local cuisine, Nyonya cuisine, western cuisine