ÉNFD is an abbreviation of 'Énfold'- pronounced as 'unfold' with a meaning of 'gather and envelop' people through good food. It runs like a private kitchen, though walk-ins are welcome, the dining space is limited and could only host no more than 15 diners at a time. The dining hall preserves the sense of heritage with minimal interior decor; probably meant to encourage and enhance camaraderie amongst diners. It is a space that one could really talk and engage with each other. On the menu, the list of magical offering is unique and creatively crafted by the team behind ÉNFD; with focus on using Herbs and Spices ('local flavors') to intermingle with international flavors. The conservatives will find the menu too playful and to me, this is the attitude in lacking especially in the culinary scene in Penang. The brunch menu is only available on Saturdays and Sundays, from 11 am to 3 pm.

Note: There is no signage or noticeboard in front of ÉNFD, it is therefore suggested that interested diners are to make advance reservation before their visits. 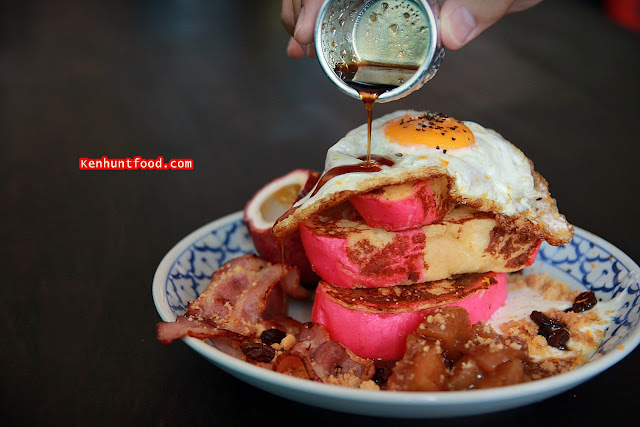 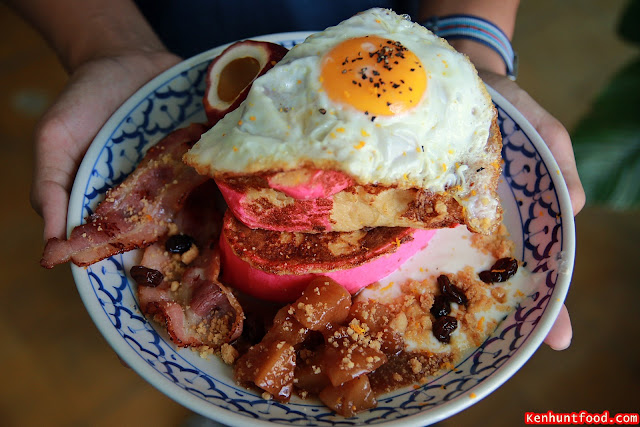 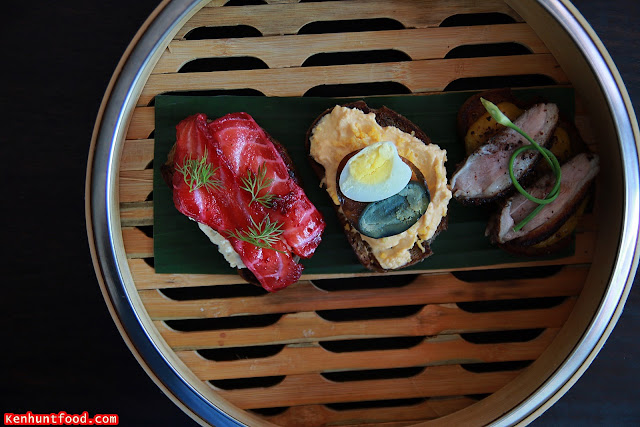 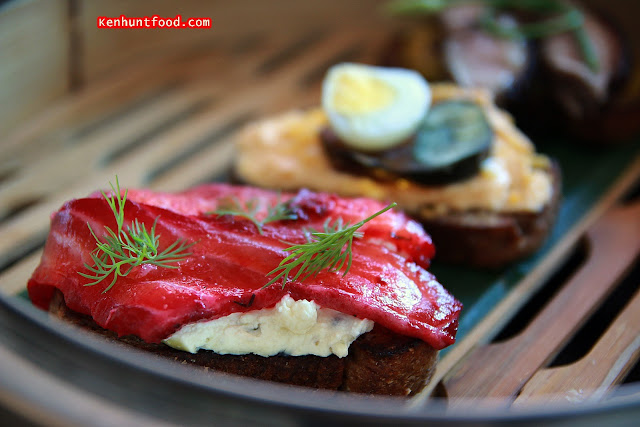 'Mi Gu' (Turtle-shaped Bun) French Toast provokes a sense of sentiment that most local Chinese would be able to relate. It was served with Rum-infused Raisins, Cinnamon-infused Apple Compote, Bacon and Sunny Side Up.... doused over Tea Syrup. There are many different ways of enjoying the dish, be it savory or sweet. The texture of the Mi Gu was lovely- addictively fluffed and delicately eggy, the Cinnamon-infused Apple Compote was a pleasant touch to the dish. Mind you... the portion might be overwhelming for small eaters.

Smorrebrod was meant to be an appetizer, 3 pieces of delicate Crostini-inspired toast (with toppings) served on a steamer basket that set to bring diners through a journey with avalanche of flavors. There were home-cured Gravlax served with Cream Cheese, home Smoked Duck with Mango Puree and Egg Stacks (mashed Chicken Egg topped with Century Egg and Bird's Egg). The classic Gravlax with Cream Cheese combo did not disappoint, it was reasonably seasoned and the texture of the Toast was amazing (dense but crisp). It was a good starter. 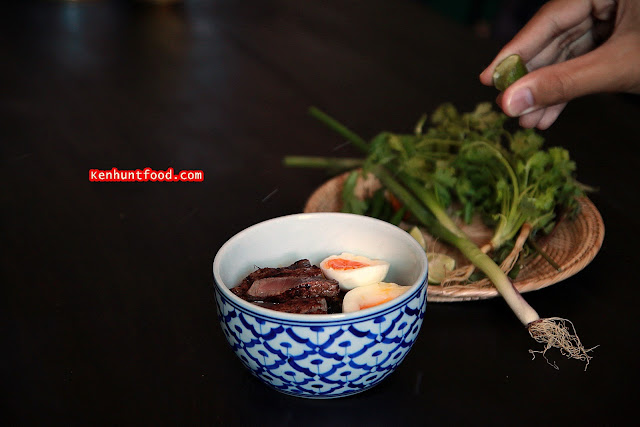 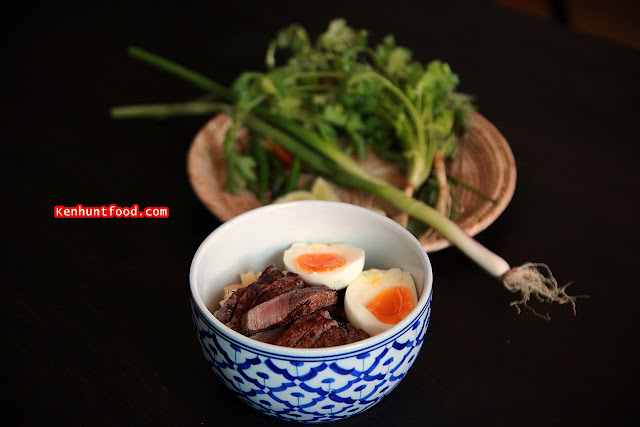 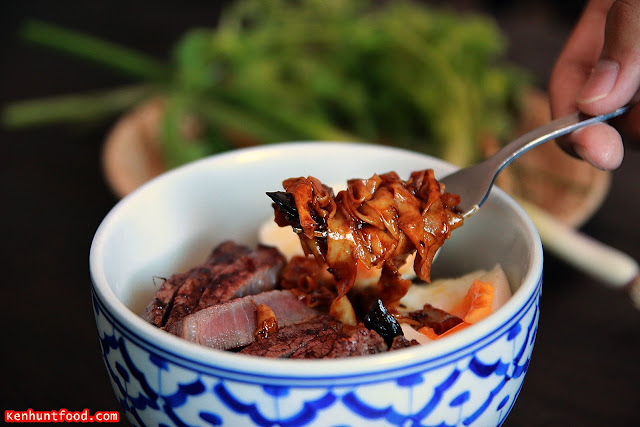 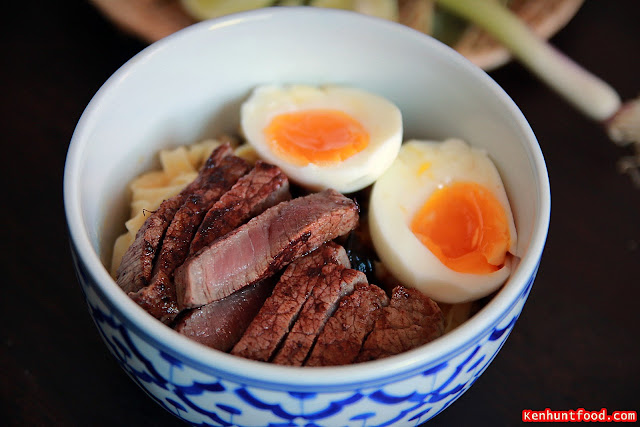 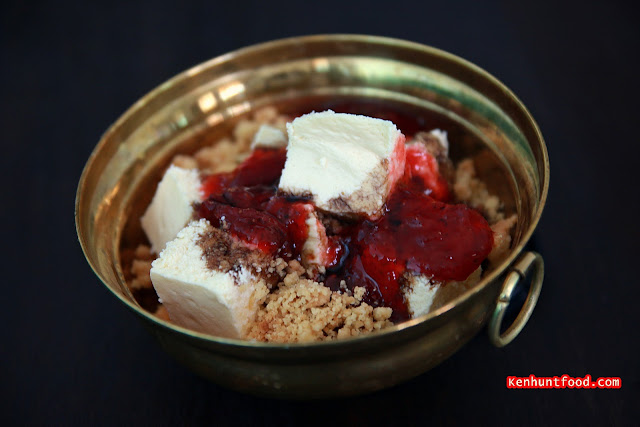 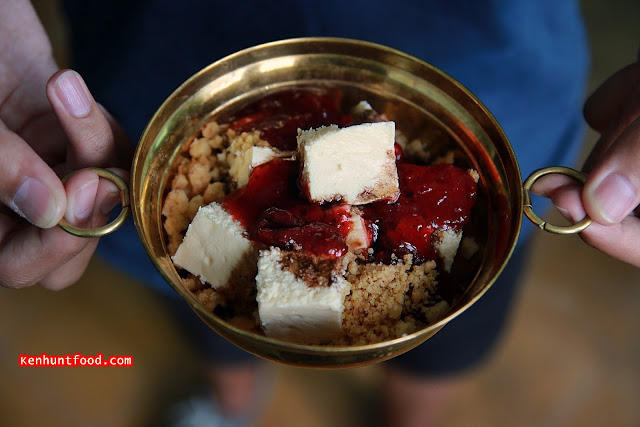 The Vietnamese-influenced Goo Bak Mee had a seared Steak and Soft Boiled Duck Egg served atop of spiced Noodles. A basket of fresh Herbs- Coriander, Basil, Spring Onions, Lime and Bird's Eye Chilies was served to us as well. While we were informed that the dish contained Pasta, it was replaced with Pan Mee-like noodles. The texture was alright though we would prefer it to be slightly more al-dente. The Steak was satisfying but the smokiness of the meat could be bolder. The combination was alright on its own but even better with the aid of the refreshingly clean fresh Herbs... showcasing the juicy, succulent and Beefy flavors of the meat.

The dessert- Strawberry Cheesecake Sundae was less-satisfying, the spiced Cheesecake did not turn out to be as cheesy as we would have hoped. It was rather bland and the sweetness was weak. The overall combo was uninspiring and we did not like it. 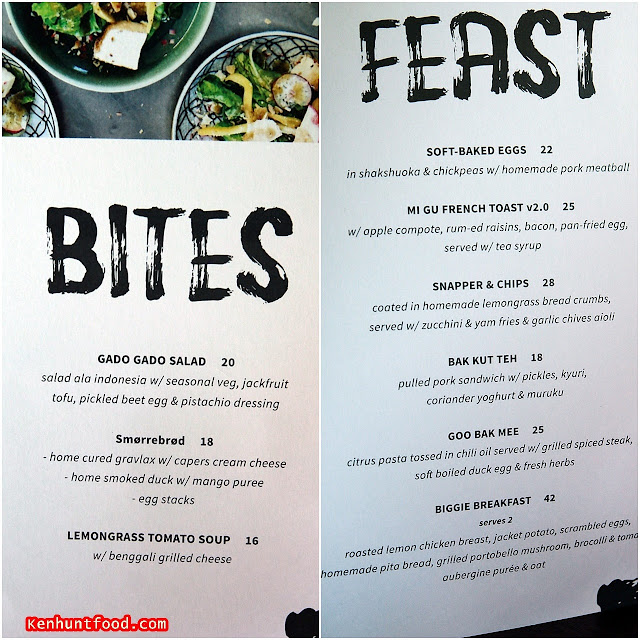 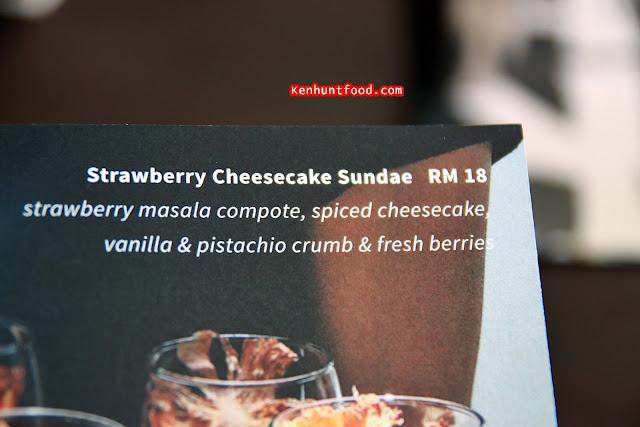 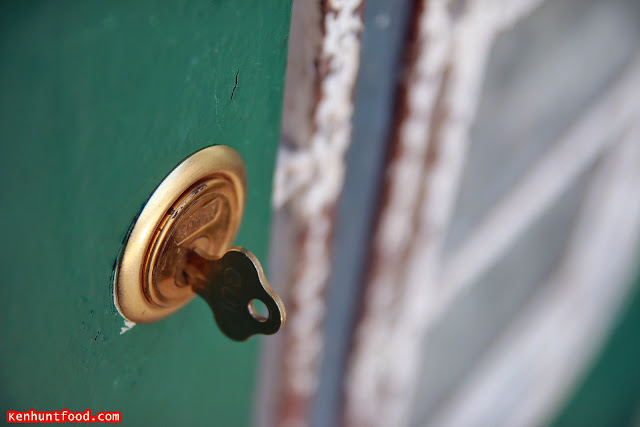 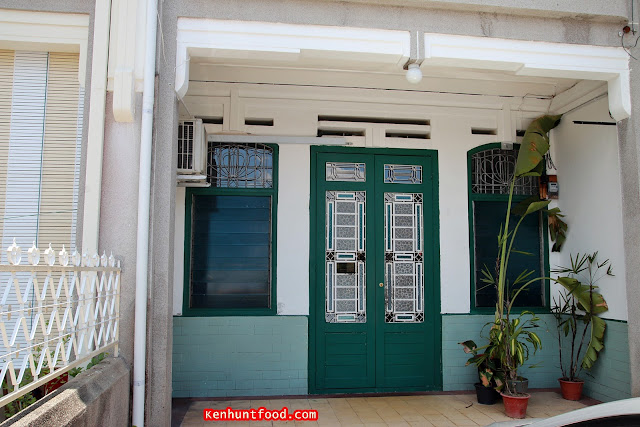