Early risers would be glad to know that there's a new breakfast joint in the residential area of Lembah Permai but breakfast is not typical here. Let's Meat boasts over a range of daily specials that one can't get anywhere else- Biscuits and Gravy, Buttermilk Pancakes just to name two. The team behind Let's Meat was previously from Rejoyce Cafe; the place is new and the menu has expanded but the service is still as friendly as ever. The busy-buzzing cafe had a steady customer in-flow on our visit, the place was full to the brim; many of them were foreigners... as though we were dining in a cafe at foreign land but we were not surprised. Why not? Good food, attentive service, wallet-friendly price tags with generous portion. 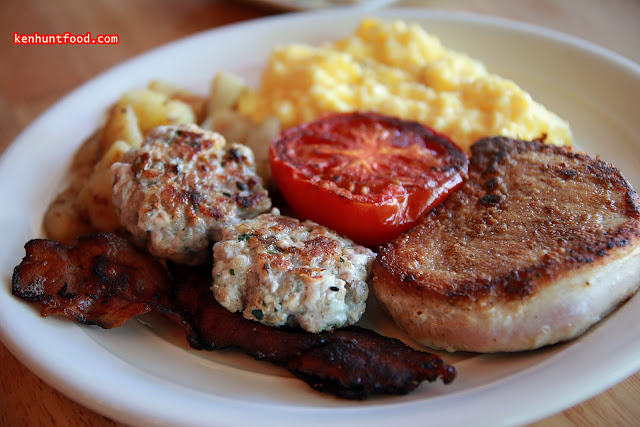 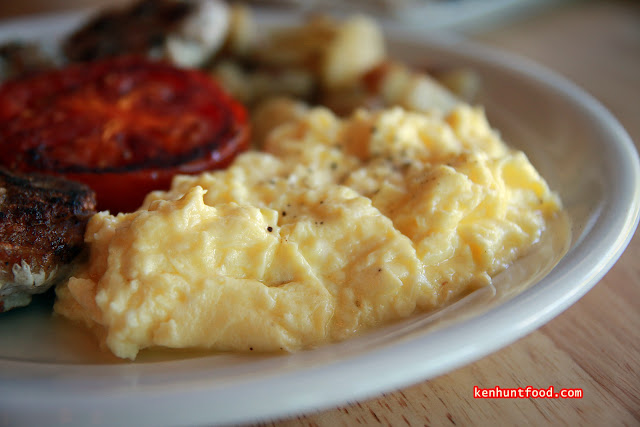 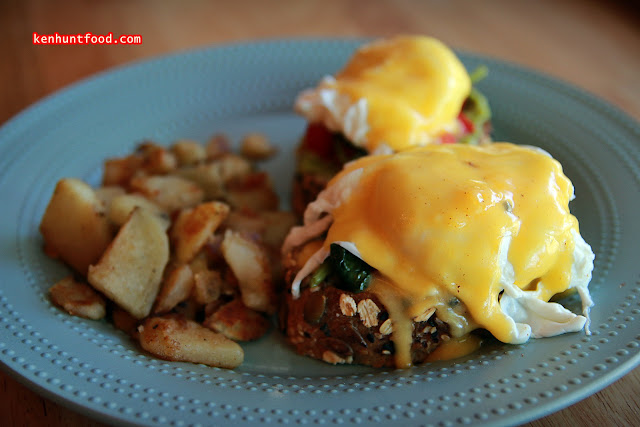 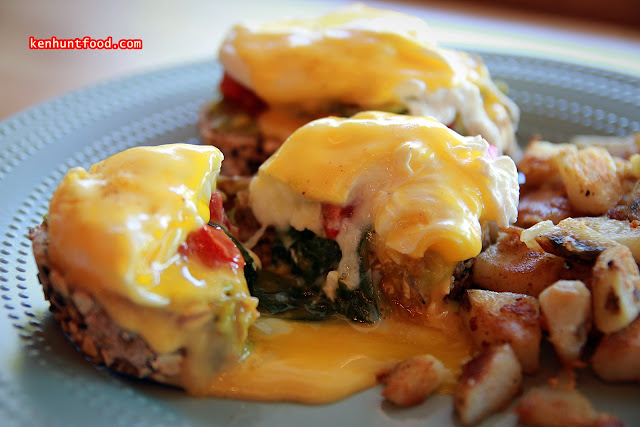 While some of the items may seem familiar but Let's Meat isn't the run-of-the-mill pretentious Brunch cafe; offering is substantial and solid. Those with a big appetite could go for the Hungry Man's Platter which comes with a slab of Pork Chop, 2 Sausage Patties, Bacon, Tomato, runny Scrambled Egg, Bacon, Skillet Potatoes and Biscuits and Gravy. The fluffy-runny Scrambled Egg was toothsome but it could be saltier, the salinity was weak. We had no complaints for other items but the Pork Chop was slightly under-done for the first time but they gladly replaced for us and offered a 10% discount.

The health-conscious could go for Egg BEN-nies- thick-toast spread with Avocado, topped with Tomatoes and Sauteed Spinach, completed with a perfectly poached Egg doused with Hollandaise sauce. The flavor was thin for this dish but it was multi-dimensional but the texture (of the Toast) could be softer, the one used was too dense to our liking. Not complaining for that price though. 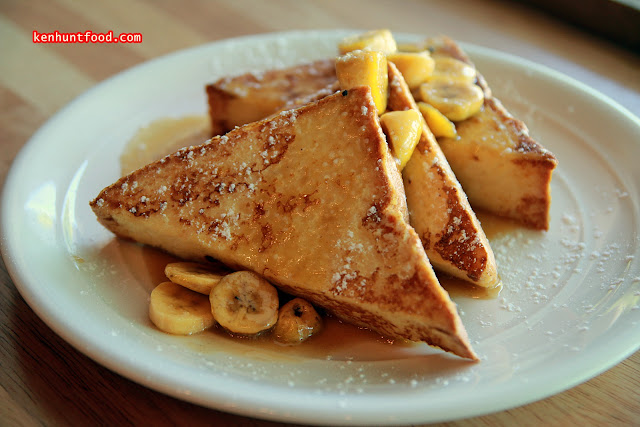 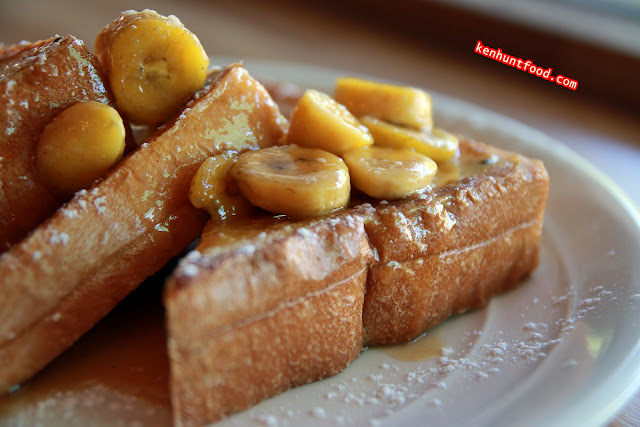 Let's Meat's rendition of French Toast was a complete surprise, few thick slices of Toast perfectly cooked and served with caramelized Banana. The caramelized Banana was expertly done, the sweetness was spot on. It was sweet but not cloyingly so. The Toast was fluffy-soft in the middle but we did not like bready edges. We thought it was a little to dense and would prefer something lighter in texture. The portion was well-justified with the price though. 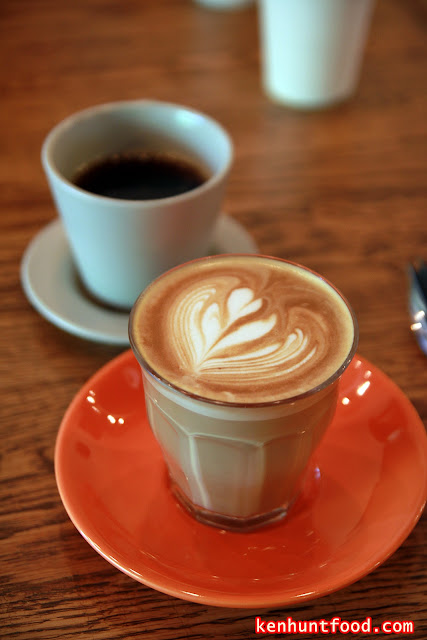 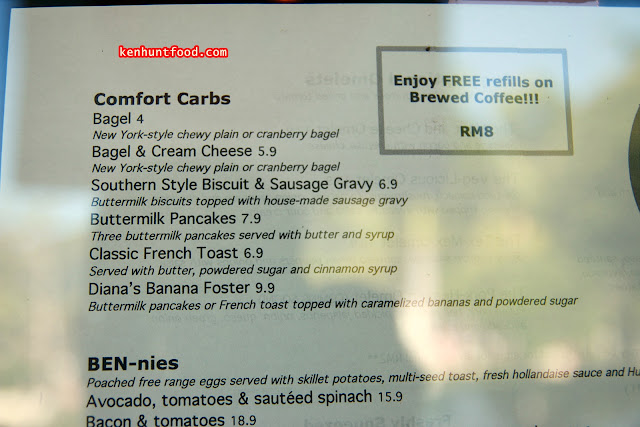 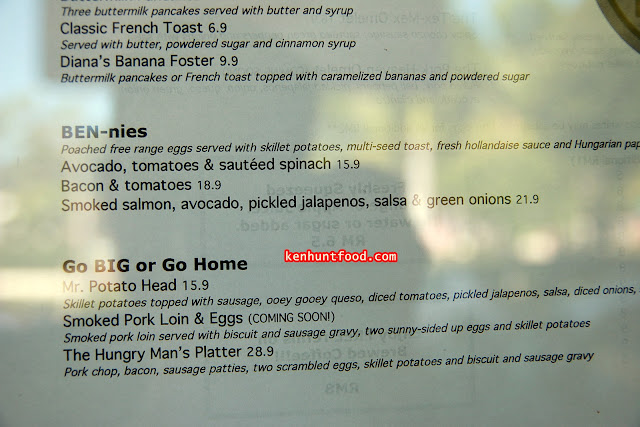 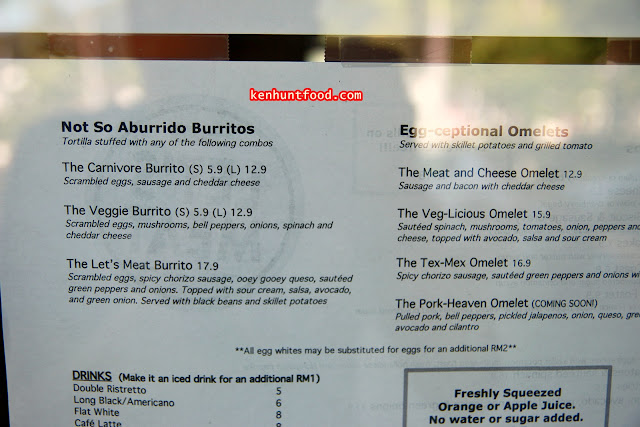 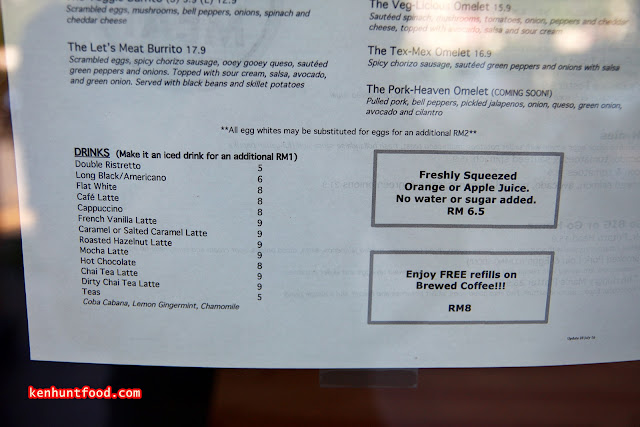 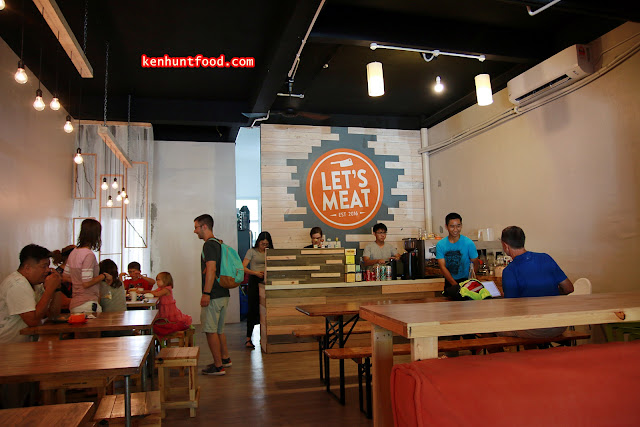 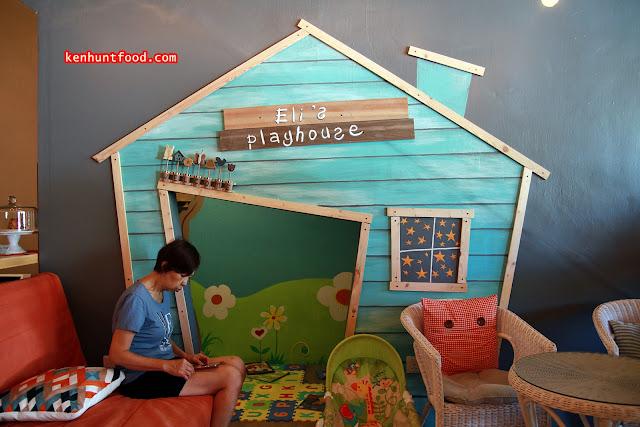 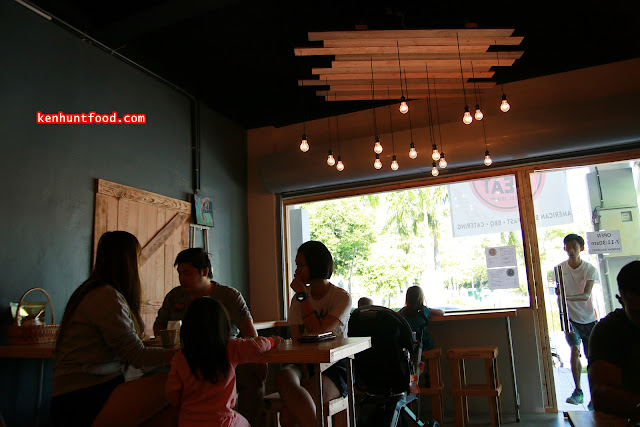 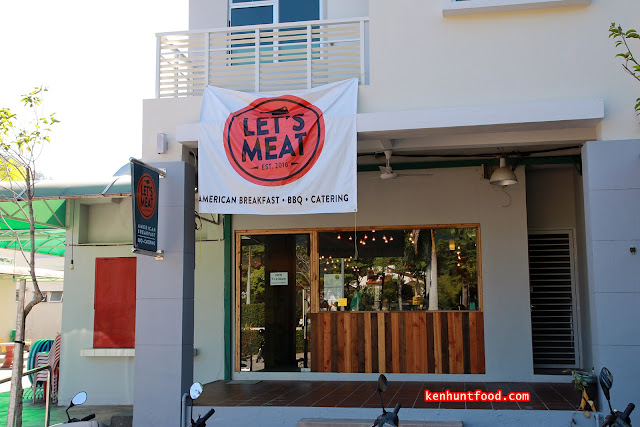