Far deep inside Balik Pulau (approximately 10 min-drive), you will find a new piece of development area... named Botanic CT, the Mansion perches at one the hills over there... also in the vicinity is Prince of Wales Island International School. It is a beautifully restored mansion (it was there since decades ago) with a charming garden overlooking the greens at Balik Pulau, there are Gym and Pool facilities too... for the Botanica residents. There's an in-house restaurant that caters to the needs of the nearby schools and residents. It has the classic English setting... elegant, sophisticated yet modern in its own way. The restaurant has a small menu... featuring a blend of Malaysian cuisine and English-styled dishes.The historic villa reminds me of those classy ones at Cameron Highlands; for the ambiance and sense of heritage... their Afternoon Tea Package (Rm 52.90 nett for 2 pax) is especially popular and well-received. The servers were young but we were assured of the seamless and attentive care.

Directions: From Balik Pulau Market, drive straight until you hit the small roundabout that divides that road into two. Follow the path on your right and keep driving for another 10 minutes, you will find the Botanica CT area on your right, make a right turn in it. Go straight until the very end, Botanica Mansion is right in front of you. 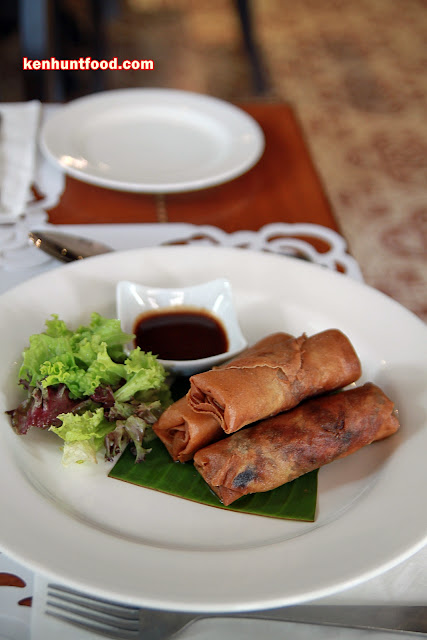 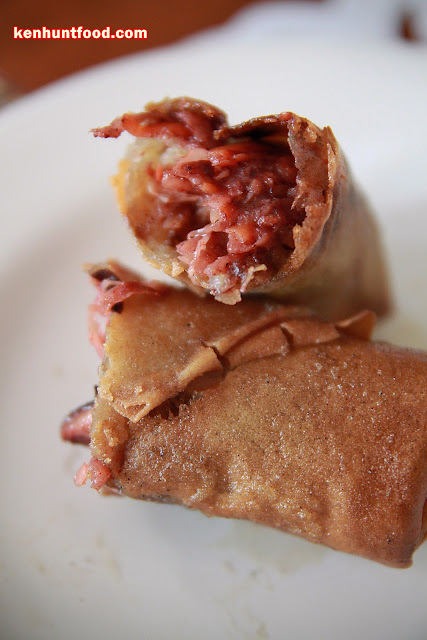 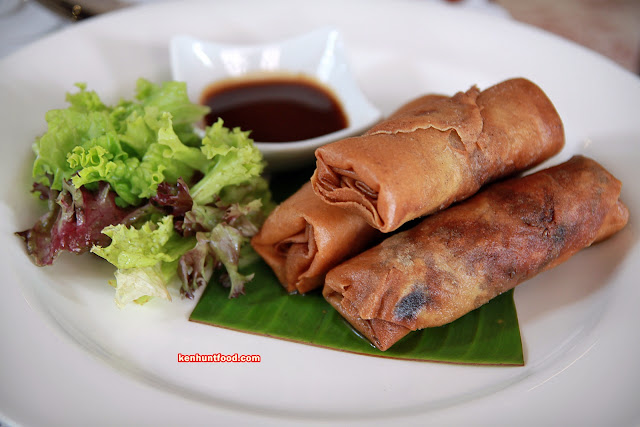 Haianese Spring Rolls are not common at restaurants on the same league so we thought we could try our luck there. They were served swimming in a pool of oil... which puts us off. Taste-wise... nothing out of the ordinary though the skin was crisply fried. The filling was uninspiring and lacked of the meaty, juicy element. We were also quite disappointed with the Worcestershire sauce, which was served like that... no chopped Red Chilies, Onions or whatsoever. 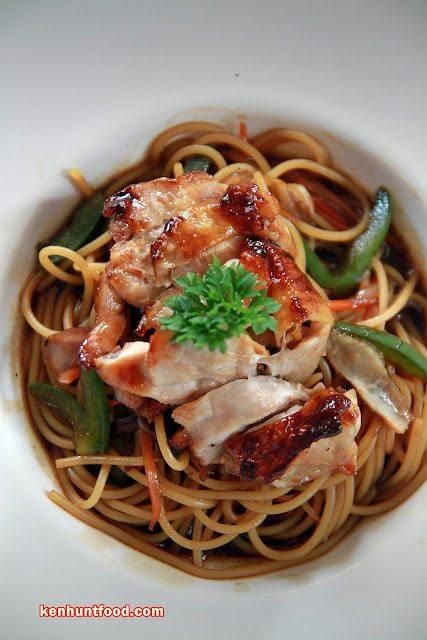 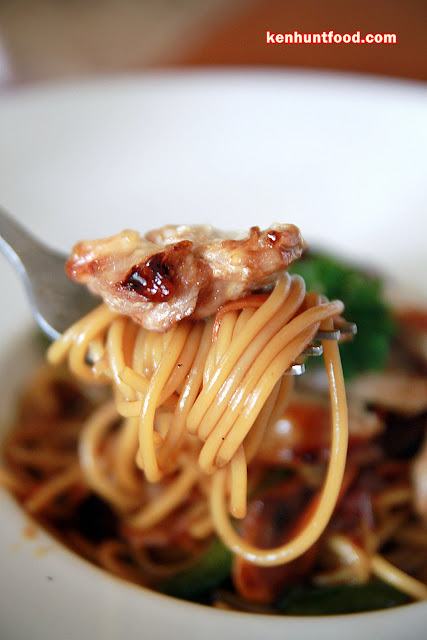 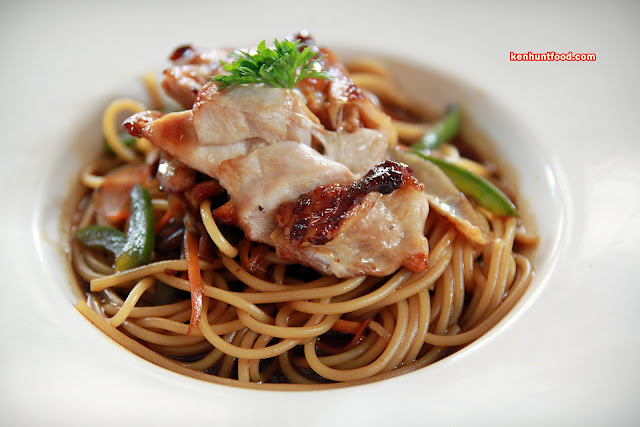 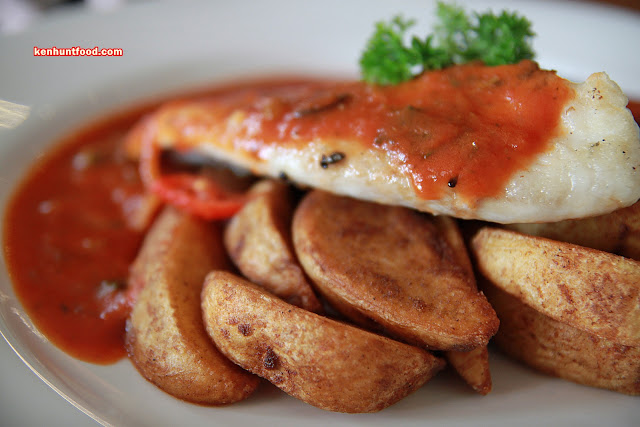 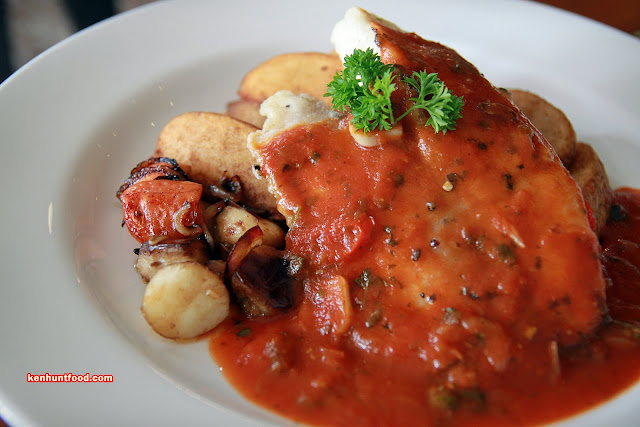 Both Western and Oriental dishes are available but we opted for the Western side. The Teriyaki Chicken Pasta was good... but can be better. The Spaghetti was al-dentely cooked but we did not enjoy the Teriyaki Sauce. We thought the sauce was a tad too sweet and it was rather monotonous towards the end. The Chicken on the other hand, was nicely done. It was juicy and tender with a perfectly charred but puckered skin.

The Tomato Sauce for Grilled Fish was tasty, with a balanced of tanginess and sweetness, beautifully complementing the Dory Fillet. We scratched our head and could not figure out why were there a dozen of Wedges; we would of course, prefer fresh greens in lieu of the greasy deep fried Wedges. 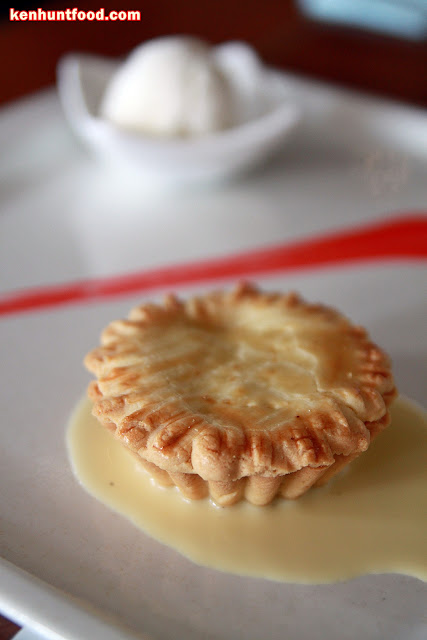 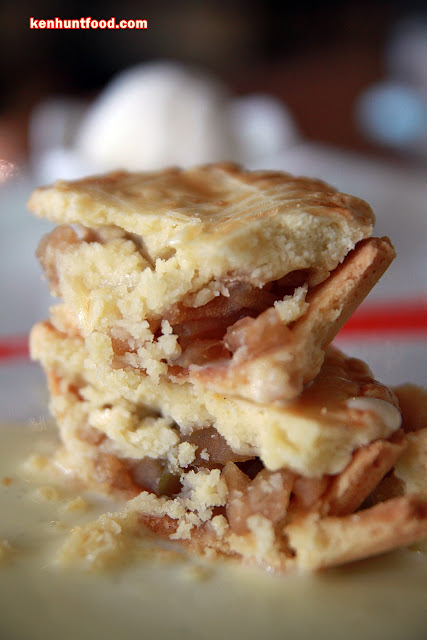 To end the meal, we had their traditional Apple Pie with Vanilla Ice Cream (Rm 10.90); a flaky, crumbly piece of Pie... served with Vanilla Ice Cream and Vanilla Sauce. The Apple filling was just alright, the flavor did not stand out. We would prefer a fruitier flavor with stronger spice element (Cinnamon perhaps). The pastry was buttery and flaky, it was nice but too crumbly to hold the filling. The Vanilla Sauce was a lackluster either. 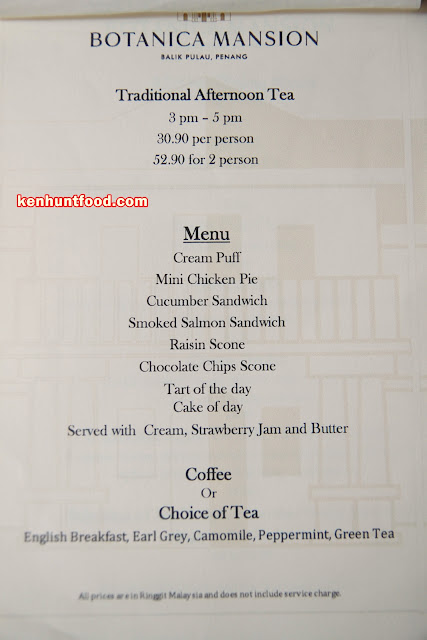 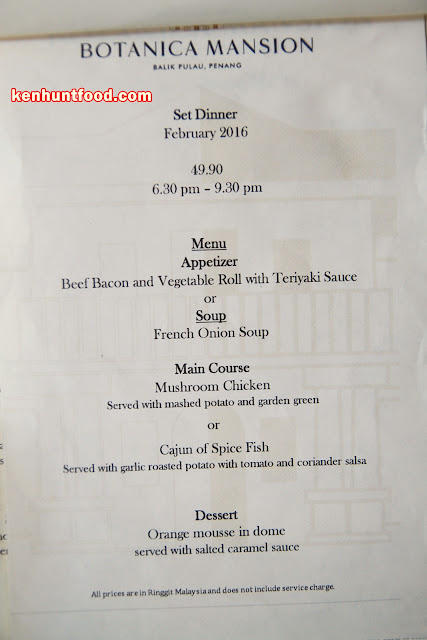 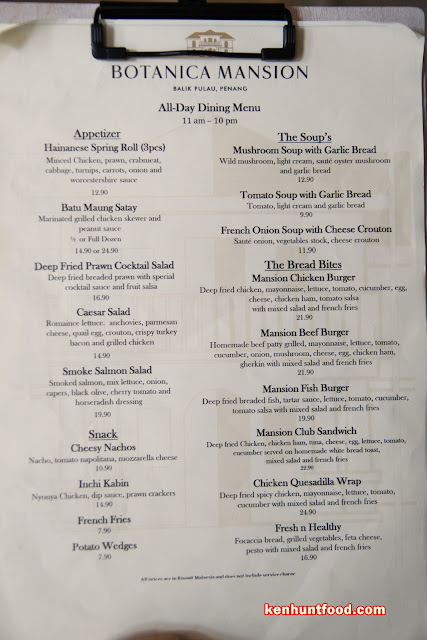 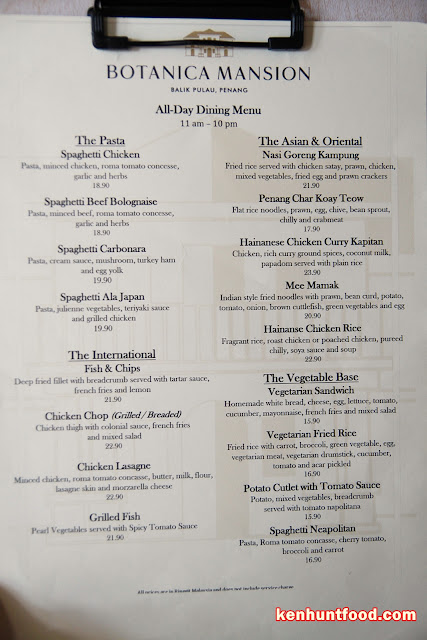 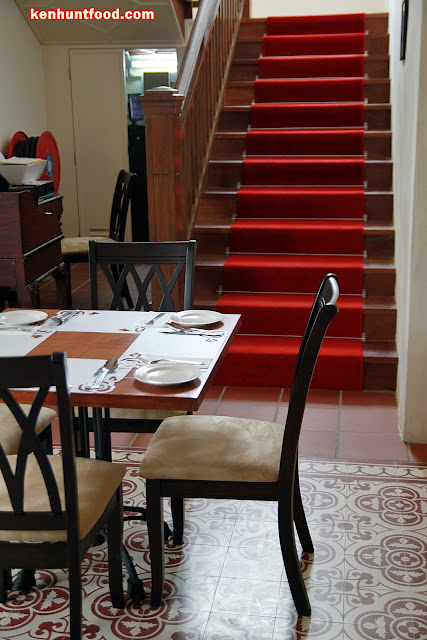 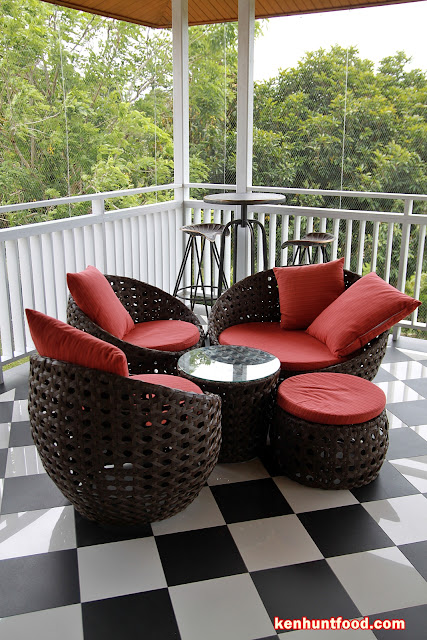 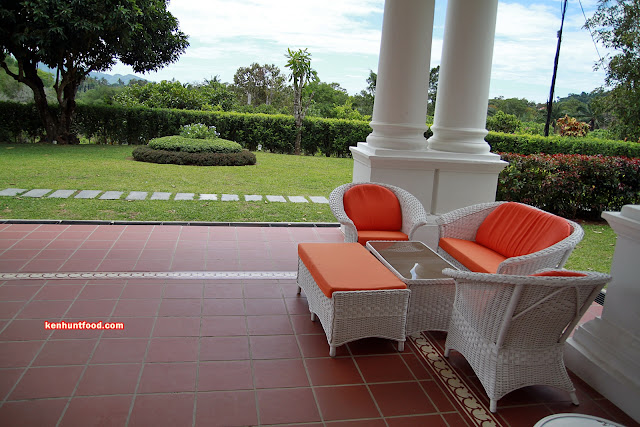 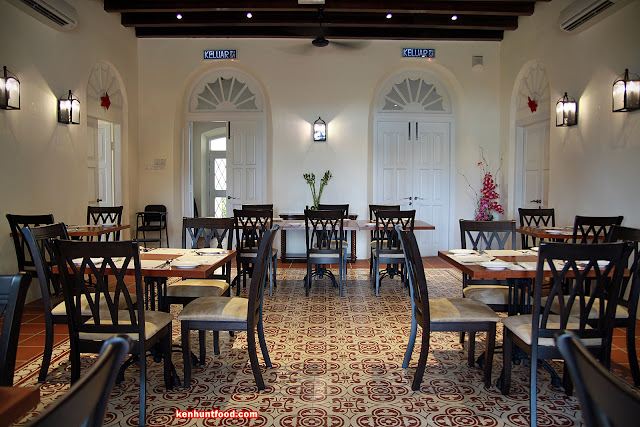 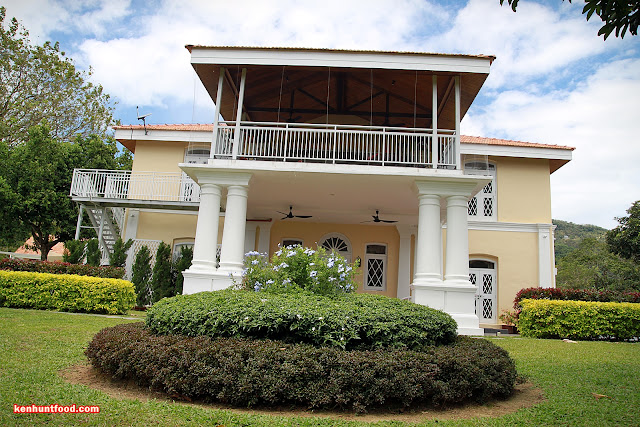 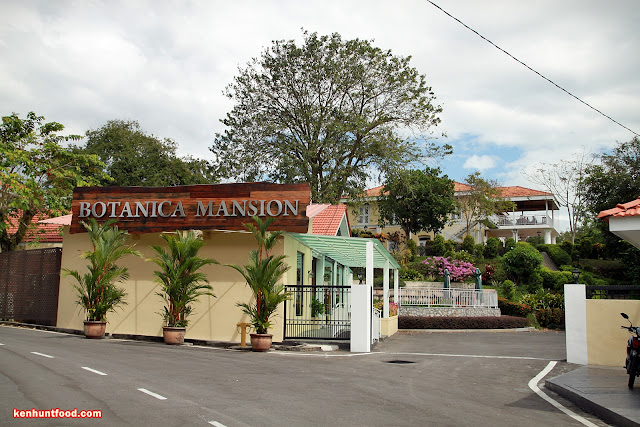