A few distinguished mural paints across the historical Georgetown has created a trend of wall paintings in Penang; many business owners trying to catch up with the trend and to vie for attention, particularly in the Food and Beverage industry. Anthony, the owner of Elmural Cafe, features many well-known mural paints in his cafe; turning it into a unique "mural art gallery". It does not feature mural paints in Penang only, but other states as well. Elmural Cafe specializes in Pork dishes as well as Ice Creams; the food has got nothing to do with murals. The cafe can be found at Cintra Street, a stone's throw distance away from De Tai Tong Dim Sum on the same street.


Many Thanks to Elmural Cafe for hosting us that evening. 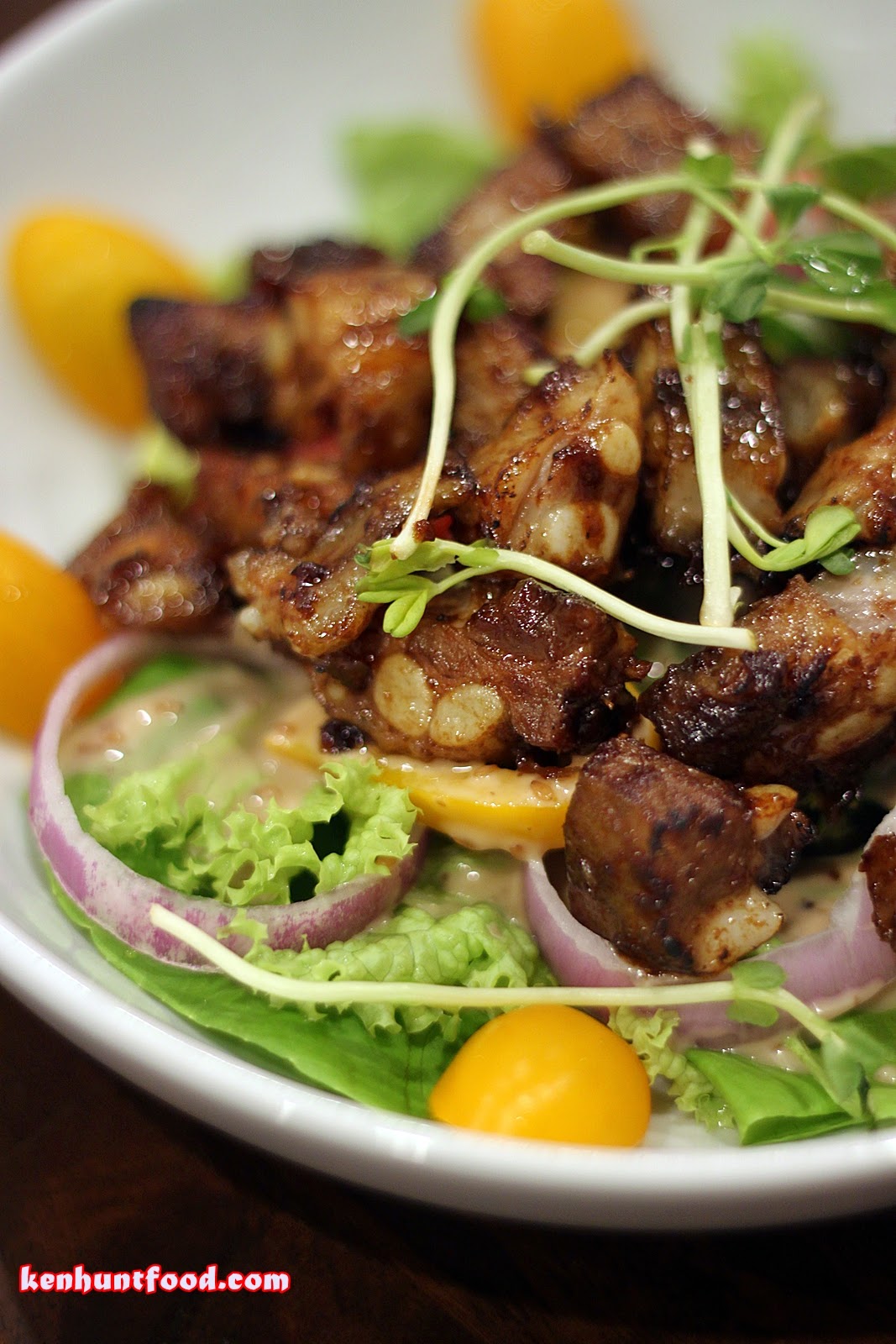 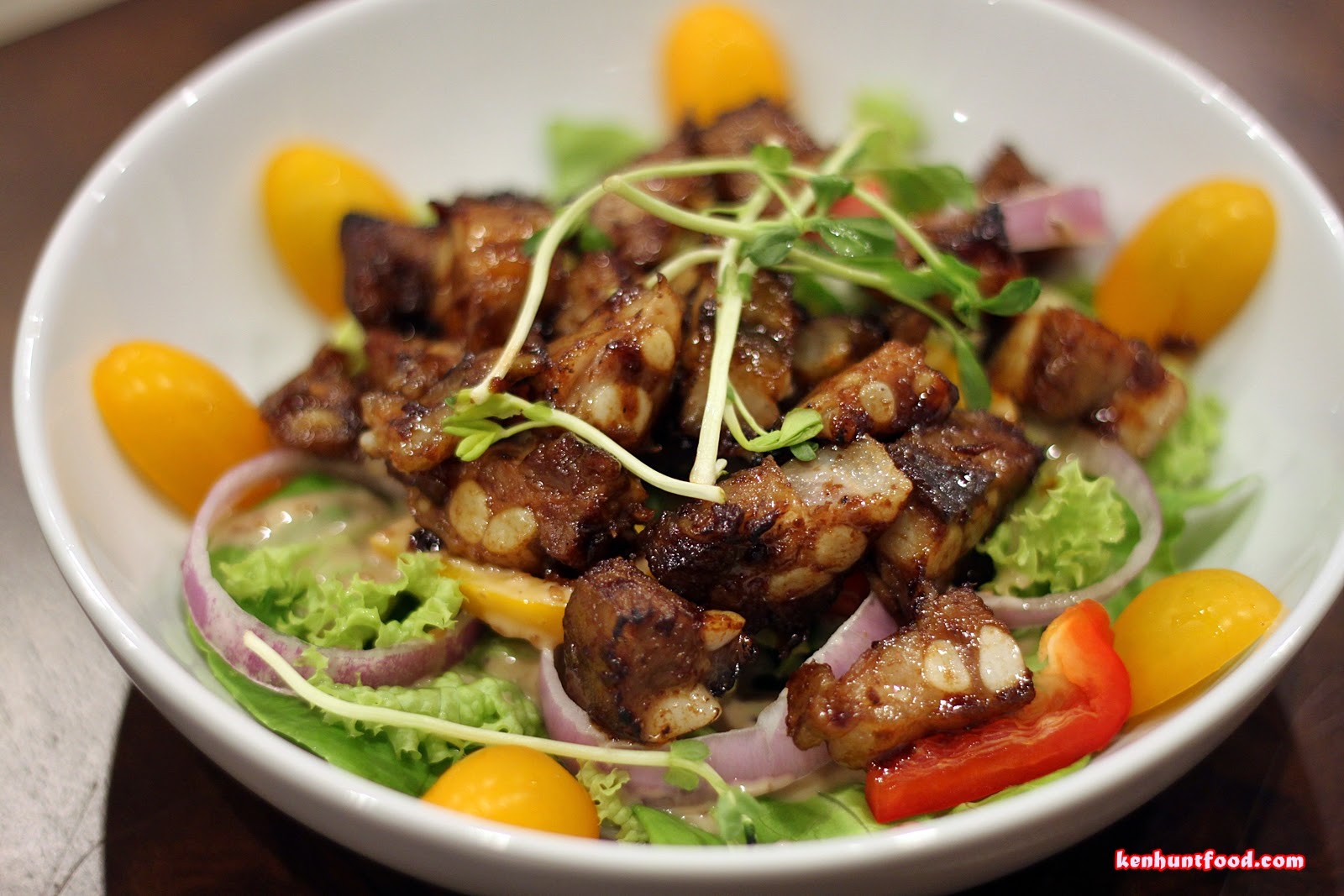 An easy option to start with- Leftover Pork Salad (Rm 10), beautifully caramelized Pork slices were dished out laying on a bed of greens, dressed with Goma Sauce/ Japanese Sesame Dressing. The Pork was okay but we would prefer a slightly different cut, particularly those without bones. It would be easier for diners to dig in the salad without worrying to spit out the bones. Nevertheless, a good option for those who wish to assuage their guilt by having something light. 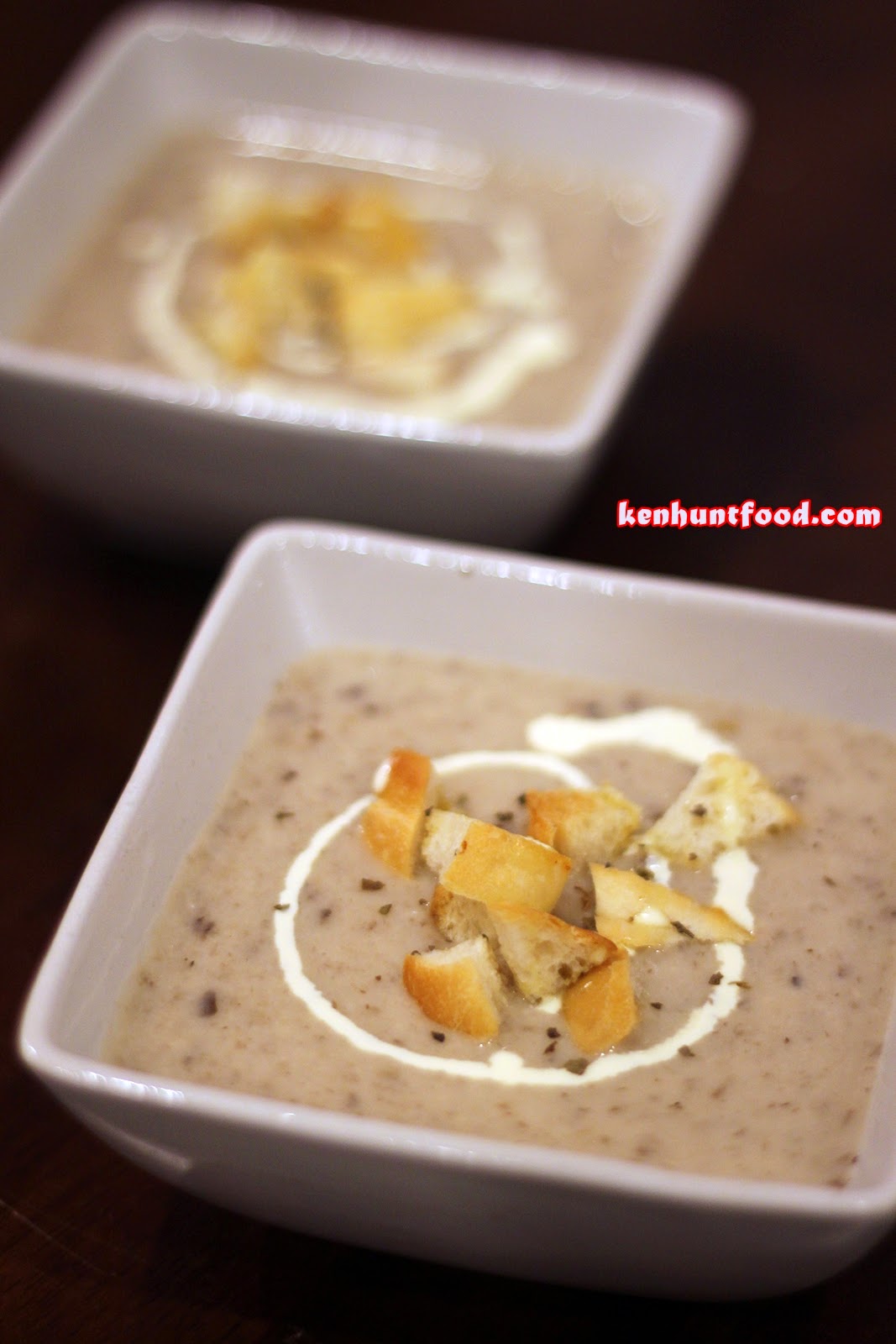 Soup of the Day (Rm 7.90)- Wild Mushroom Soup was toothsome. It was thick, creamy, aromatic and reasonably seasoned. The earthiness of the Mushroom stands out, not overpowered by the Cream. It would be perfect to go with a slice or two of toasted Garlic Baguette but unfortunately, Croutons were served instead of Garlic Toast. 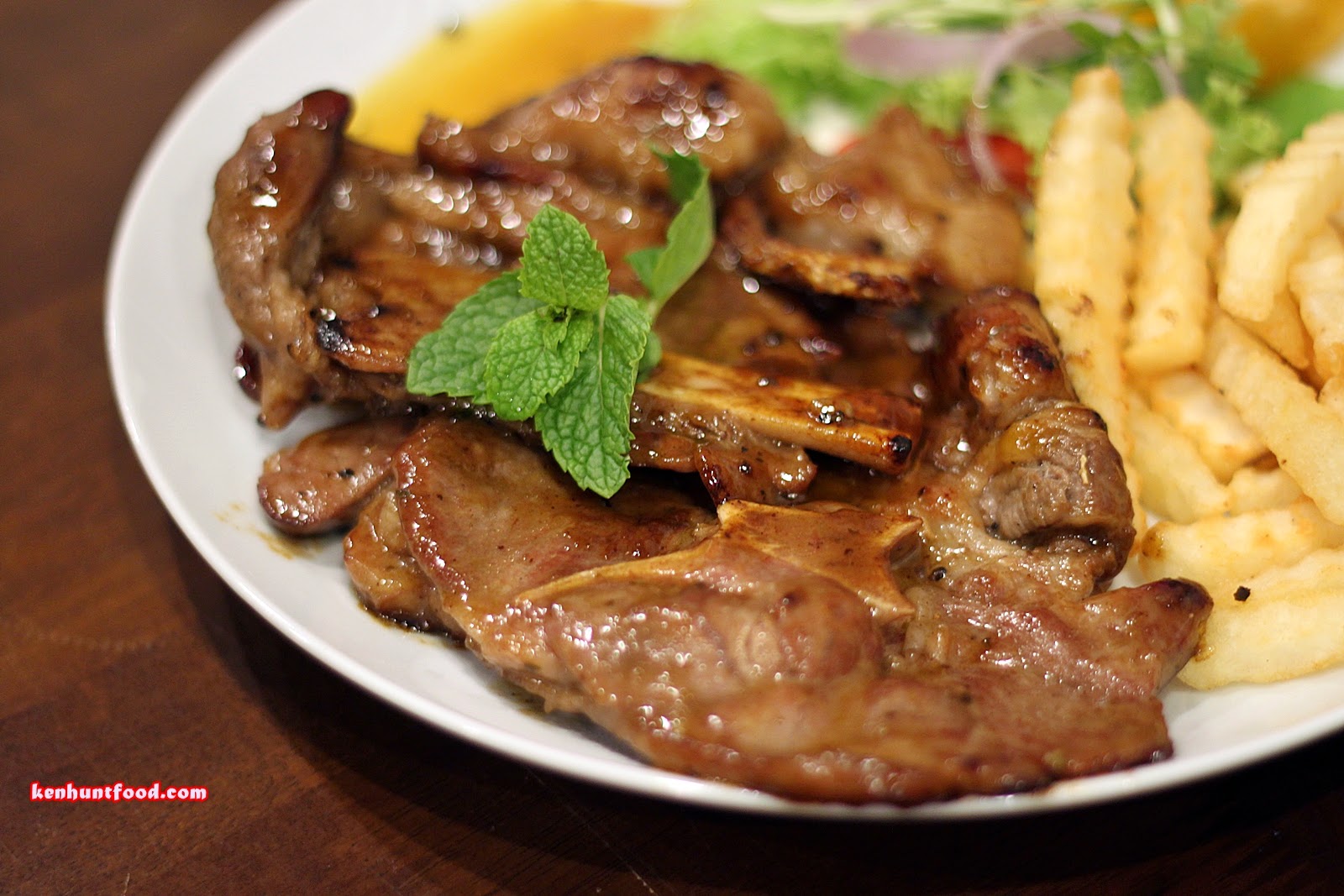 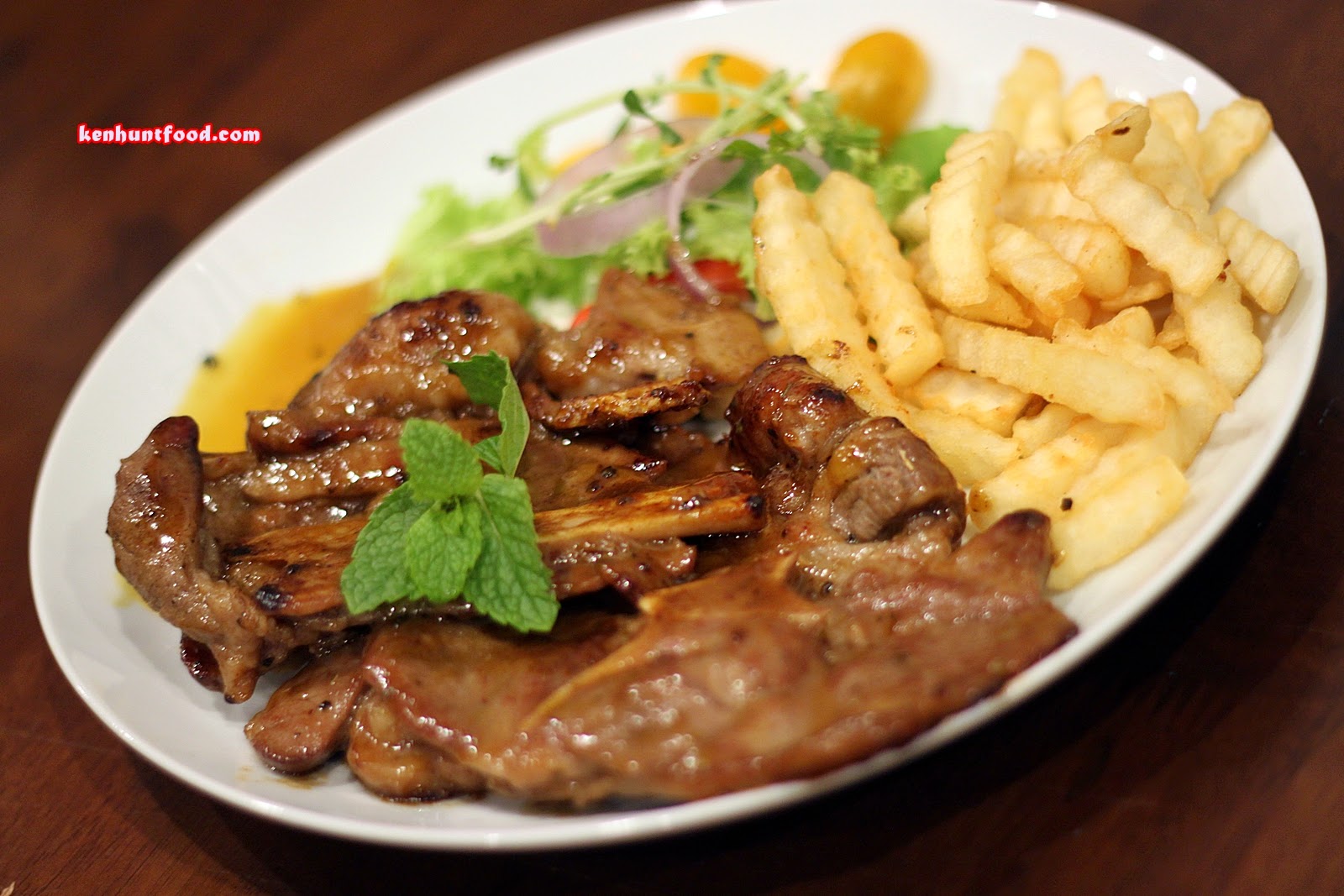 One of the main dishes that took the center spotlight of the evening- Lamb Chop (Rm 22.70) impressed us with its succulent, fork-tender and juicy texture. The Lamb Chop was well-marinated and the sauce was nicely done to the great season. It has a hint of fruitiness instead of the conventional Brown Sauce. The side of French Fries was a lackluster, I would certainly prefer something like home-made Mashed Potatoes instead of the ubiquitous Fries. 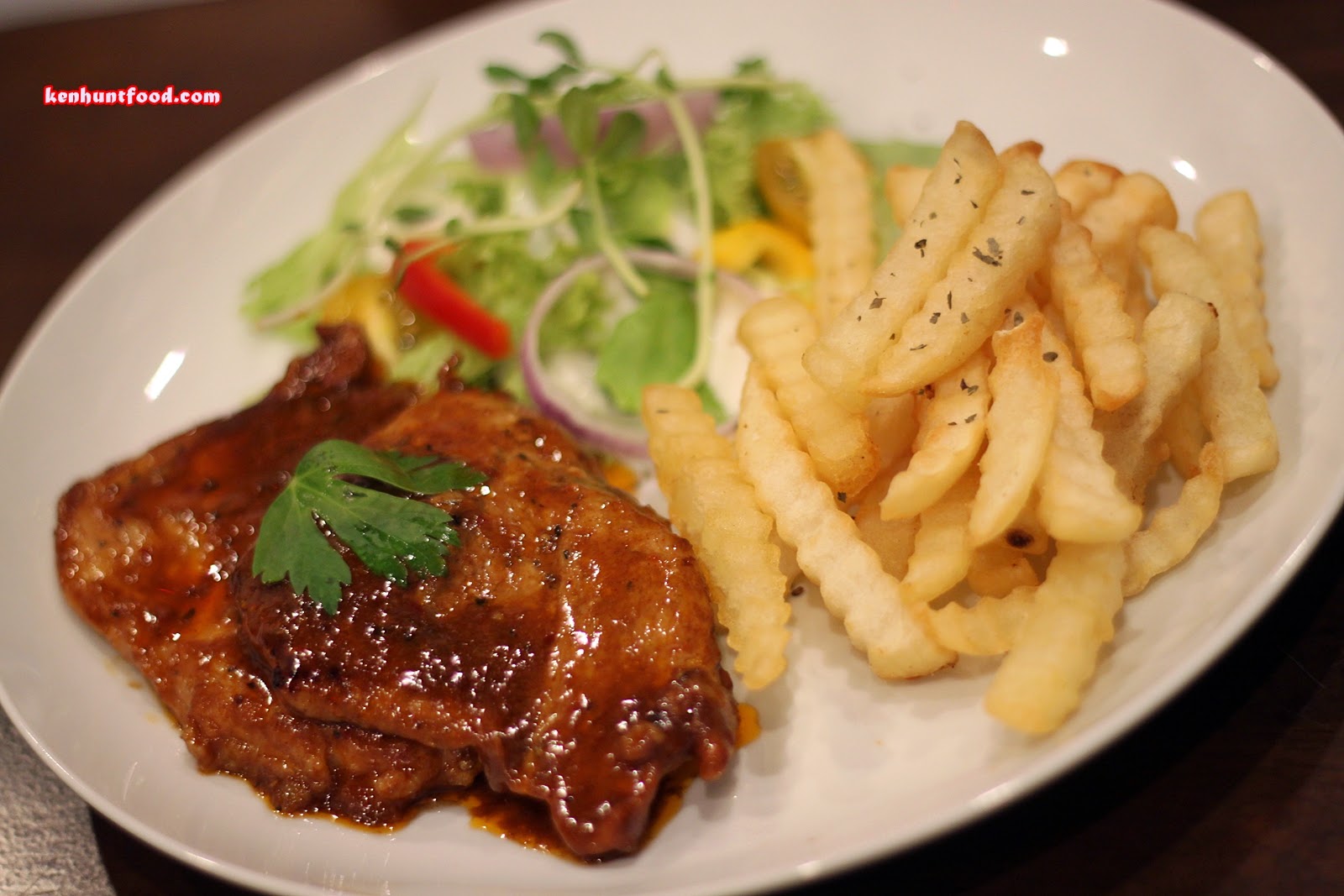 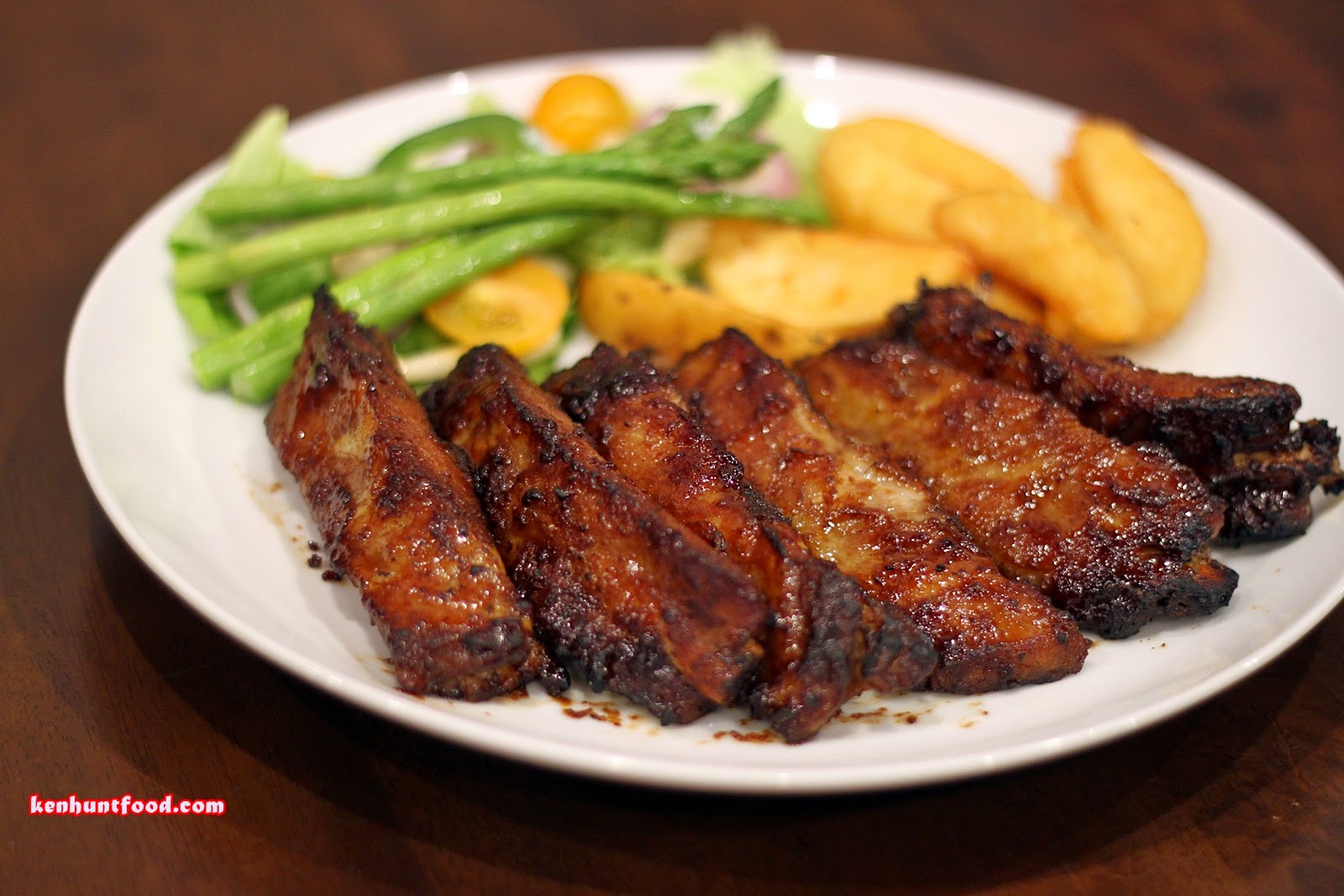 We get to sample two Pork dishes that evening, the first option- Pork Steak in Chipotle Sauce (Rm 27) paled in comparison with the latter choice. It exhibited heavy pork notes and some of us thought that the Steak could be more tender. The Chipotle sauce had not done much in its aid, as though the flavor was a little subdued and unable to stand out to us. The latter choice could be a better alternative. The sweet and savory Ribs were nicely grilled to perfection (though some of us thought the marination was a little heavy, thus, bolder flavors) but we could tell the sincerity in the sides, at least some effort was made to look different. 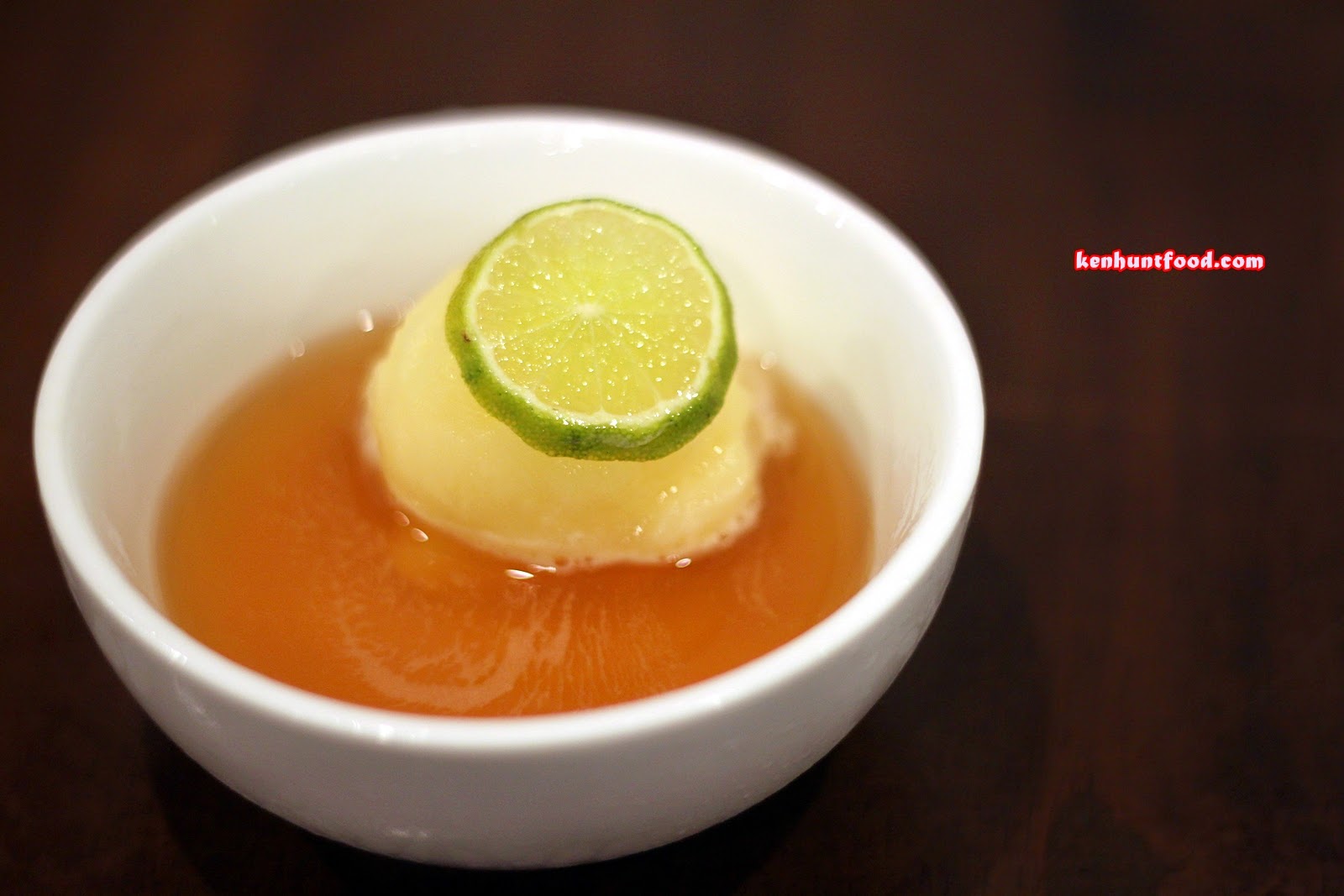 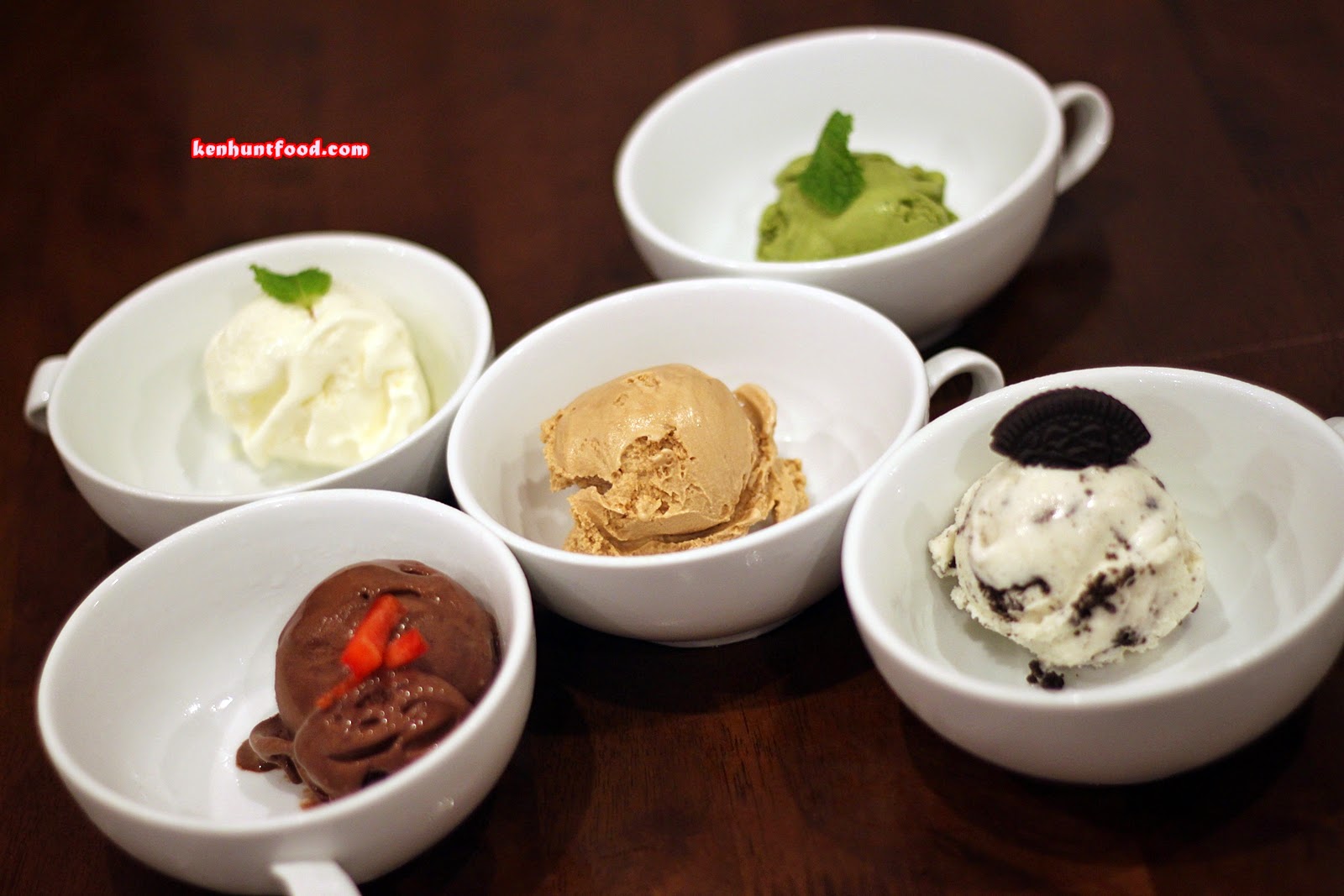 Elmural Cafe sources its Ice Cream/ Sorbet from Kuala Lumpur, funky and playful flavors are available. From bottom left, we had Chocolate Chili, Yogurt, Green Tea, Oreo Cookie and Teh Tarik Ice Creams (Rm 7.80 one scoop/ Rm 13.90 for two scoops). The flavor that stood out to us was Yogurt, it has a balanced medley of sweet and sour notes. Another great option to enjoy the chilled dessert is to serve it with Tea. An Affogato-inspired dessert- Calamansi Sorbet with Darjeeling Tea (Rm 10.50) truly fits the definition of refreshing. The scoop of fresh and saliva-stimulating Calamansi Sorbet was then jeweled with a slice of fresh Lime. The alkalinity (tannin) of the Darjeeling Tea softens the acidity of the Sorbet, seeking a balance point between the two extreme tastes. 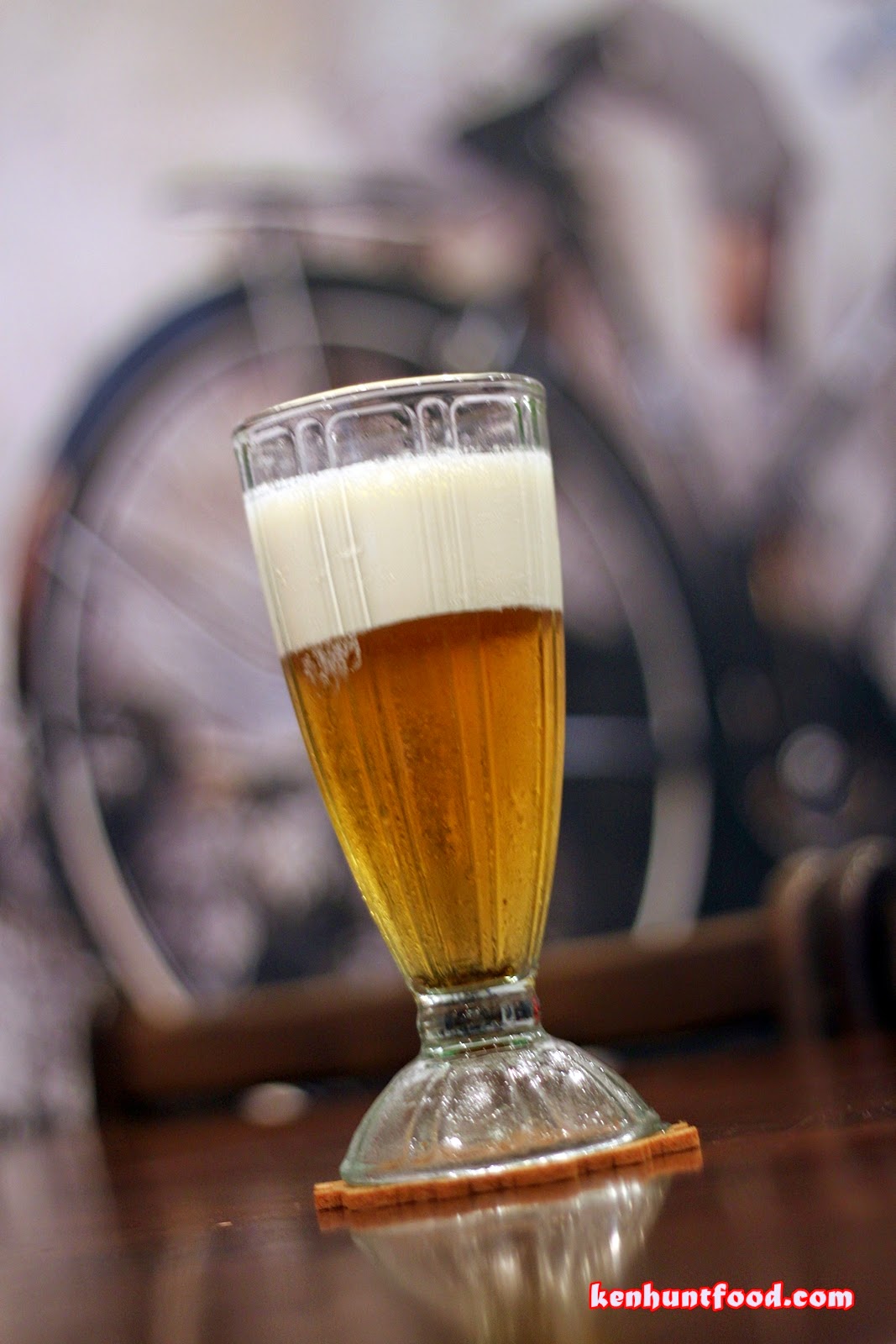 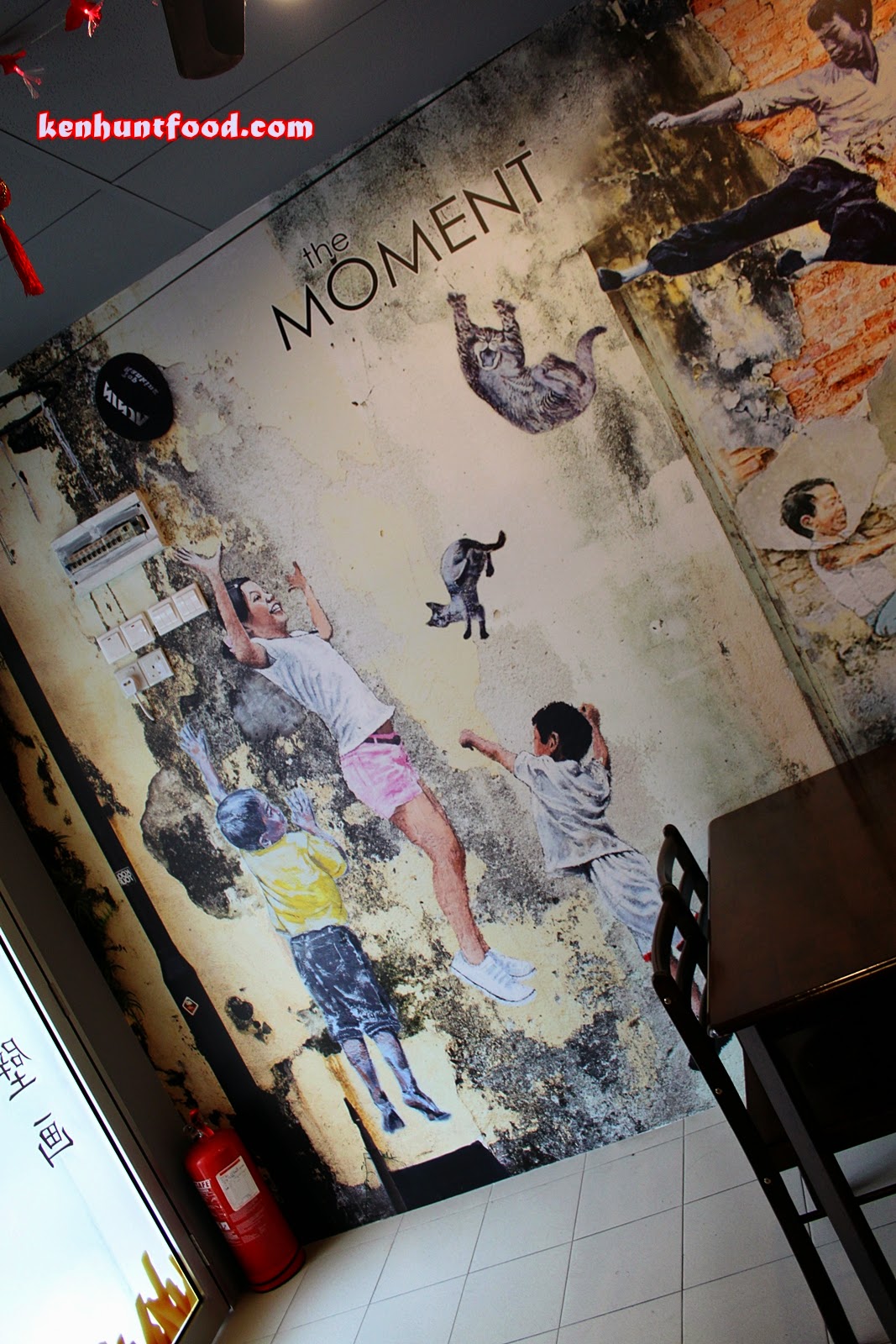 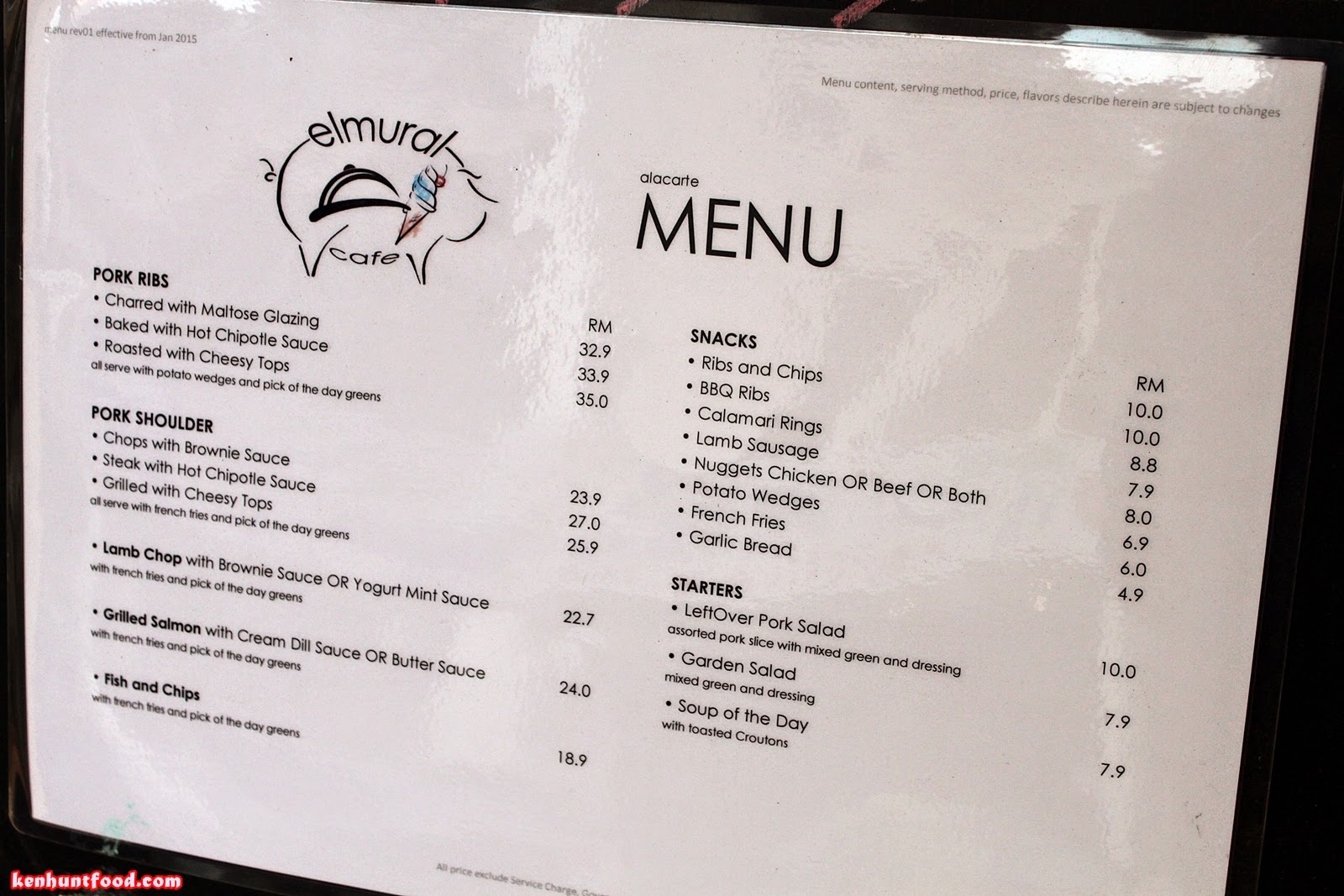 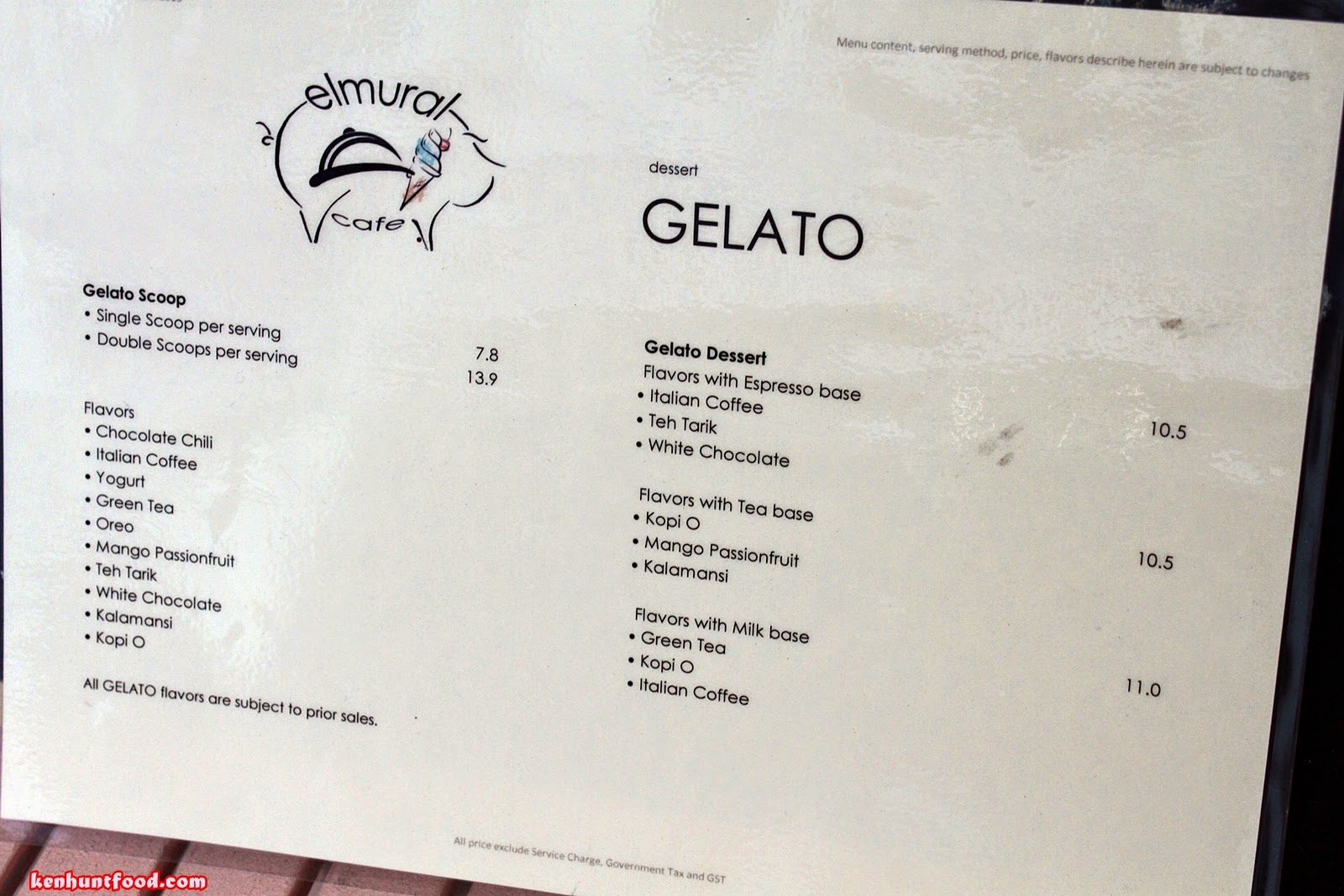 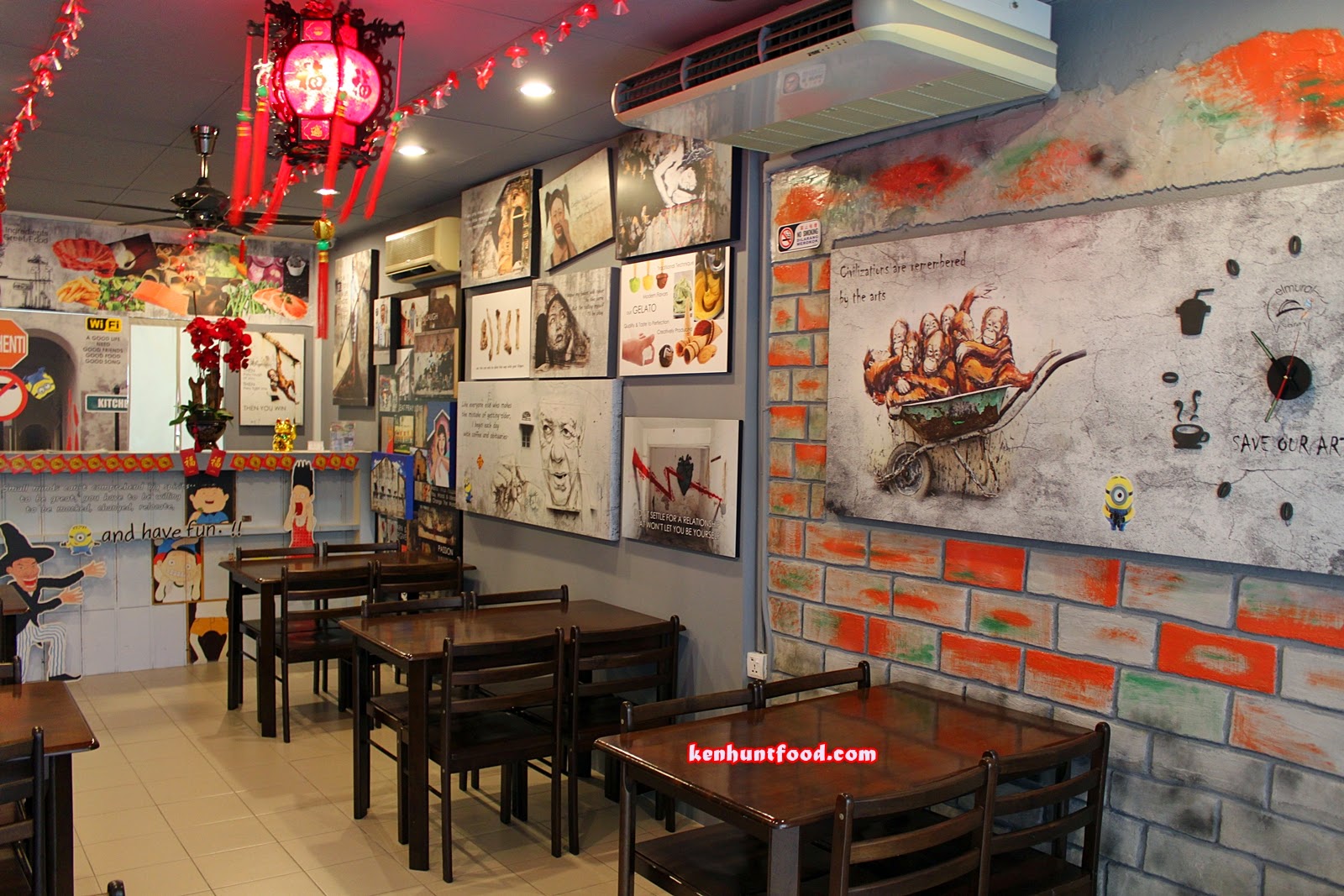 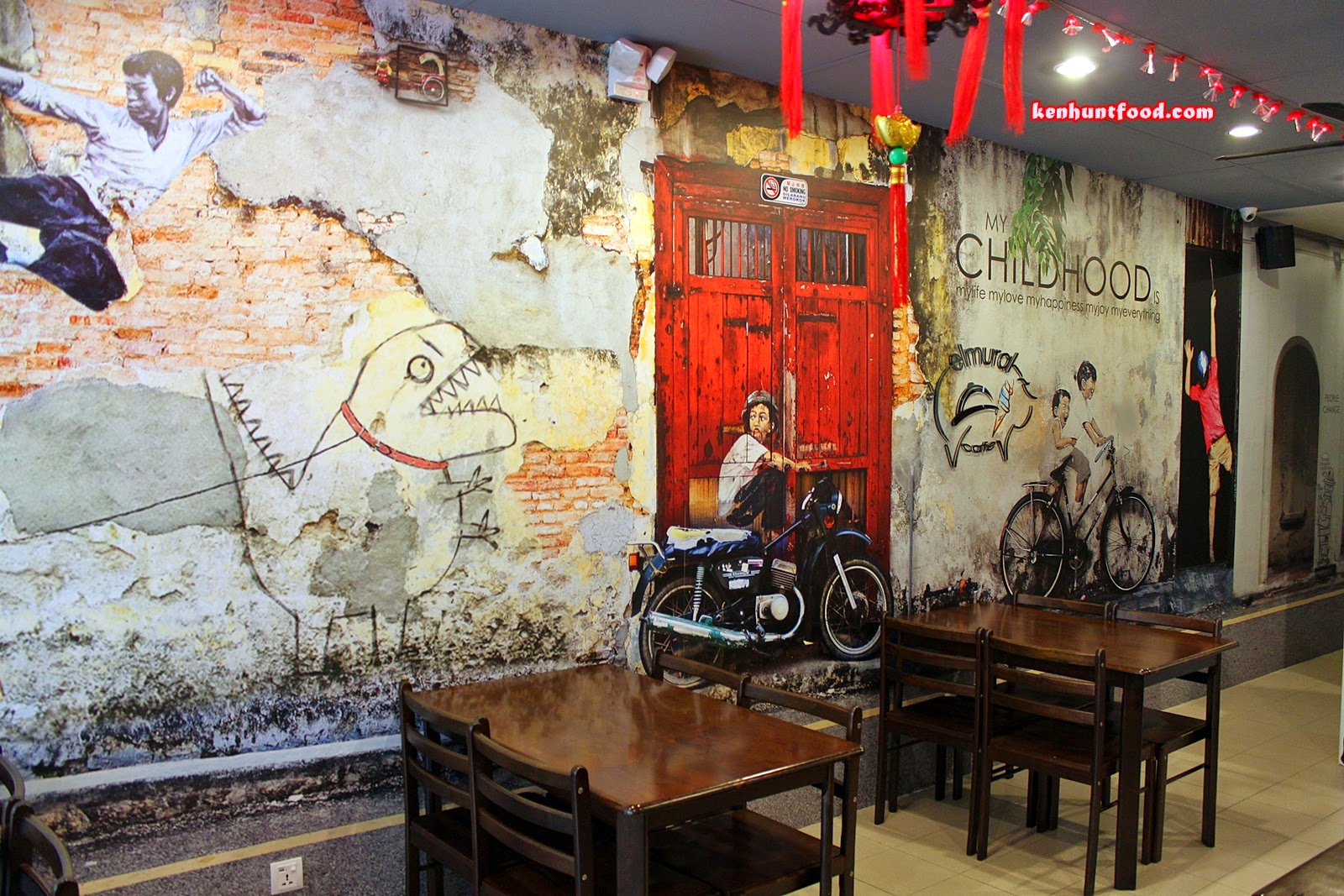 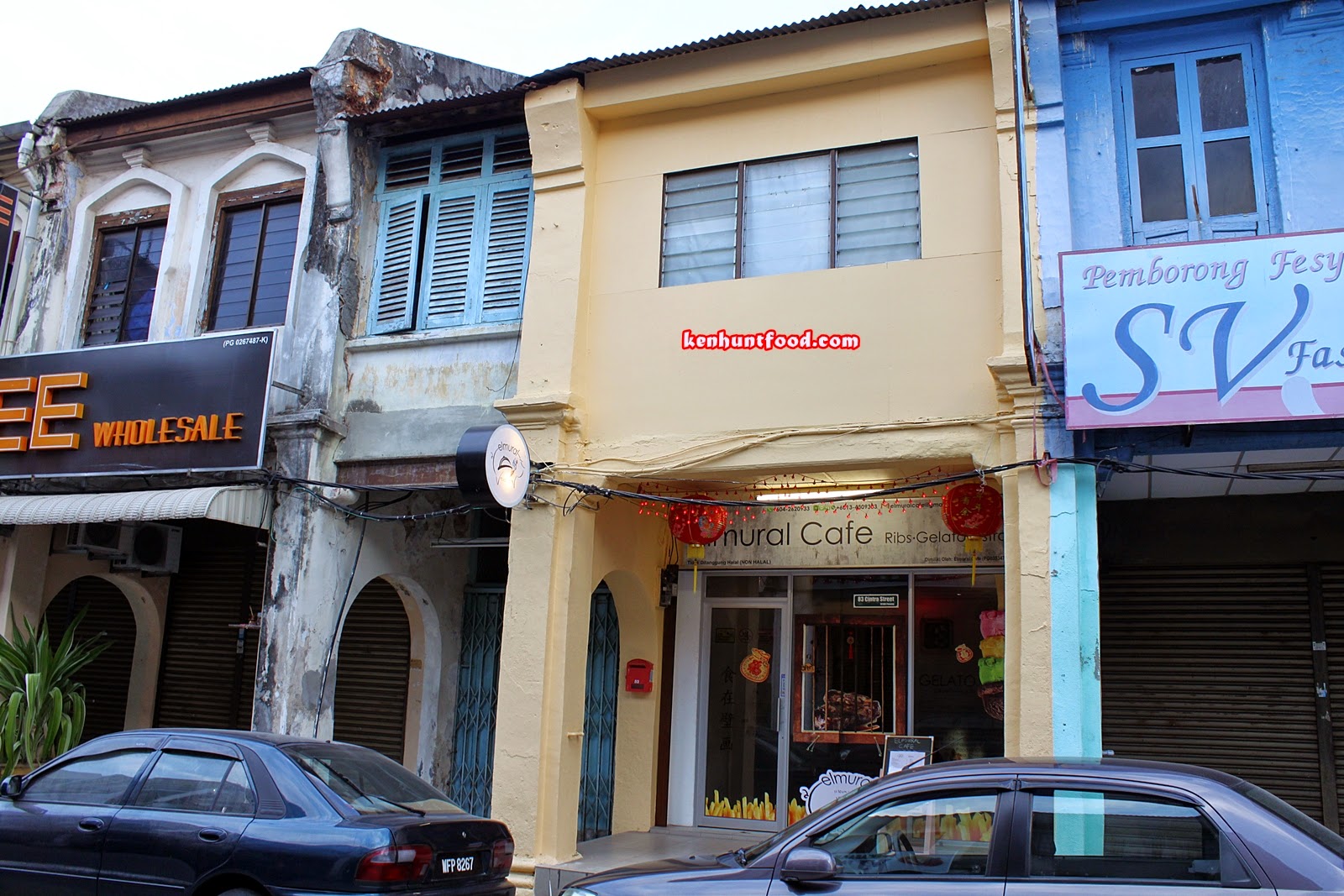 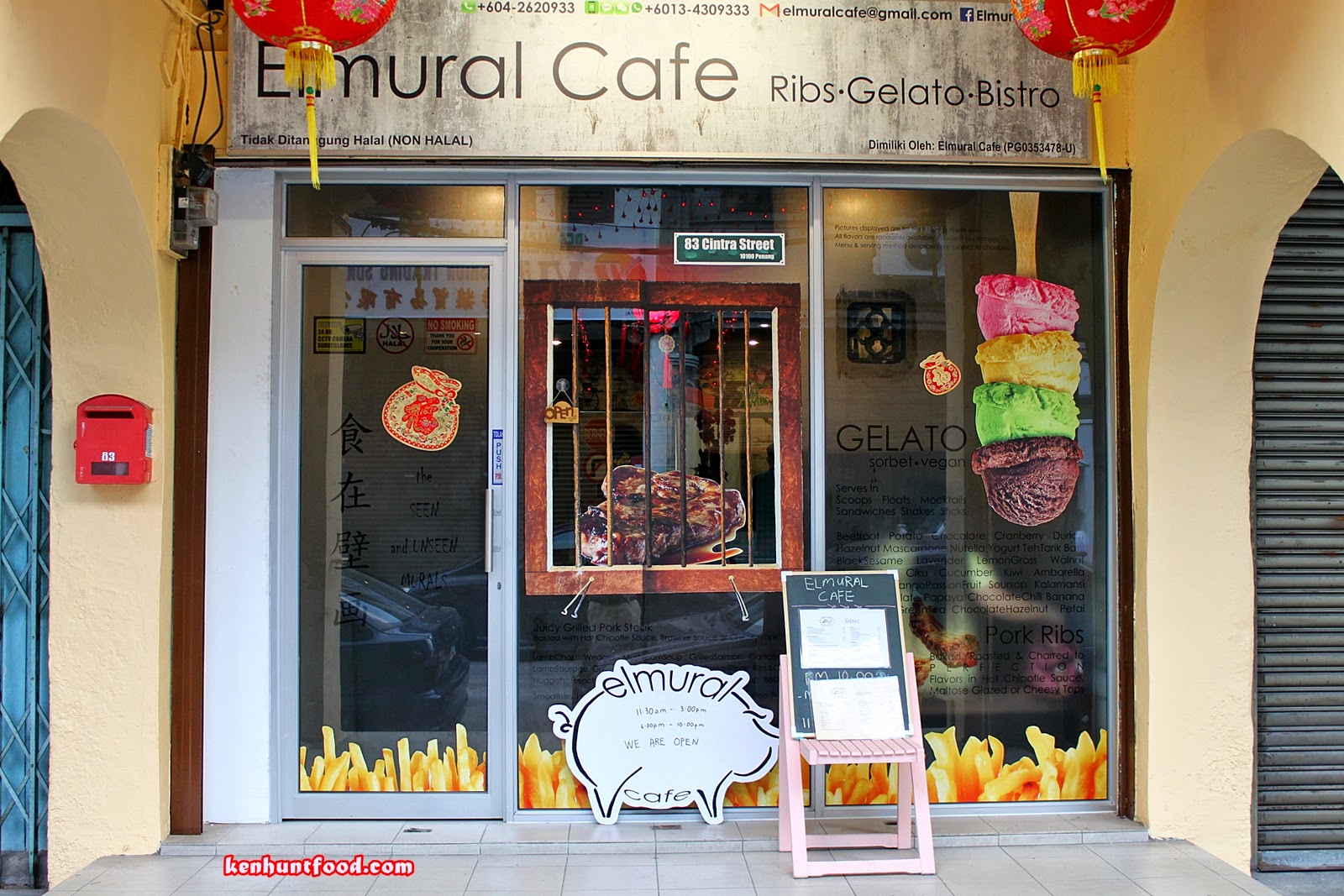