Paul Loiis is an extended outlet of Roti Bean Cafe, the just-opened cafe is nestled within a colonial styled building in the heartland of Georgetown- King Street. The building is primarily used as a student hostel for the nearby college students but Paul Loiis took a prominent spot of the building, occupying the corner lot, making it highly visible from the main entrance. The interior decor is minimalist but we like the window glass which allows the natural light to flood in and bestows a calm, comfortable and restful vibe. The cafe has a limited menu right now but more dishes are expect to be introduced by their grand opening next month. Interested diners can catch live Magic Show performance on every Friday evening at 8:30 pm (until 10 pm) at Paul Loiis. 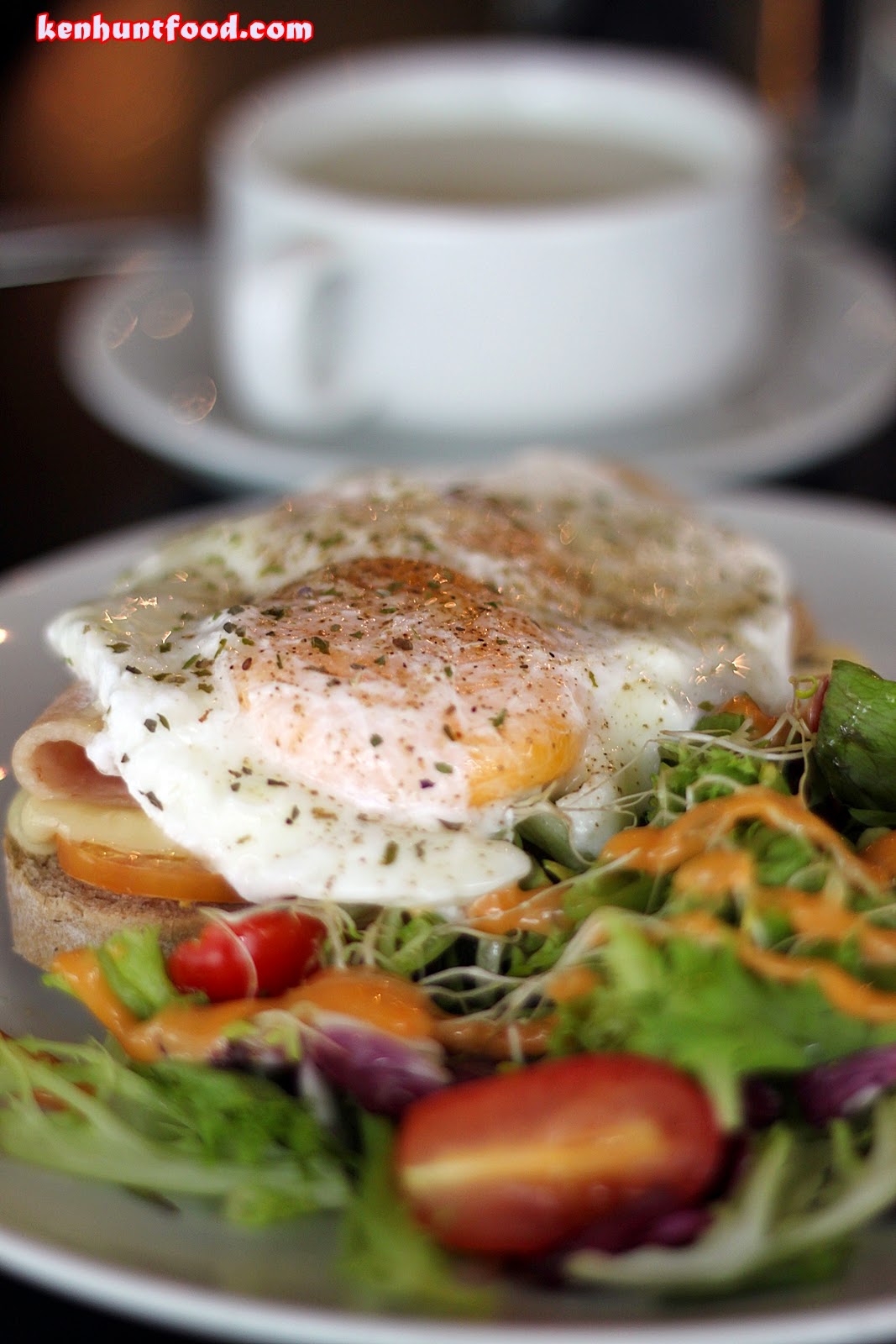 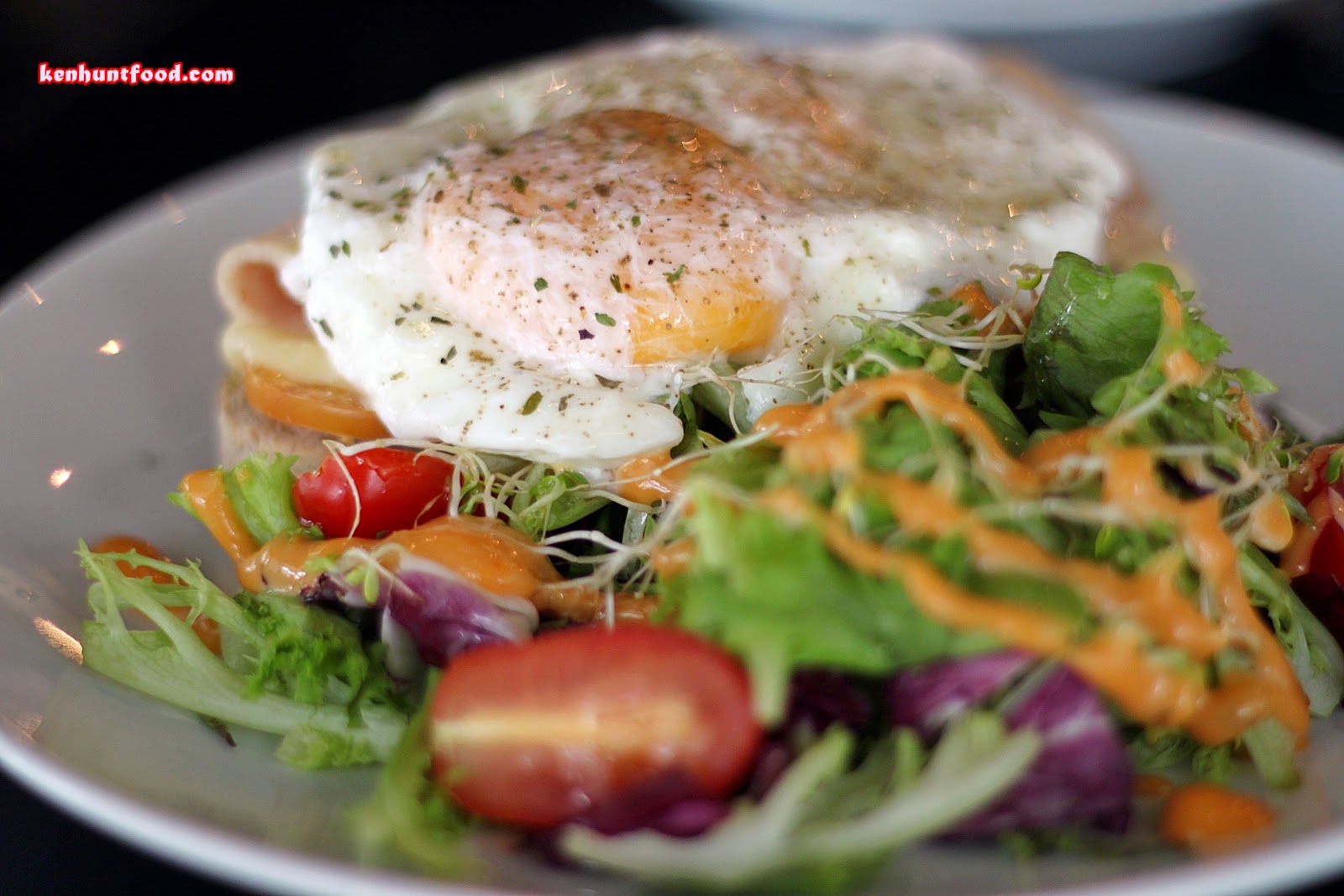 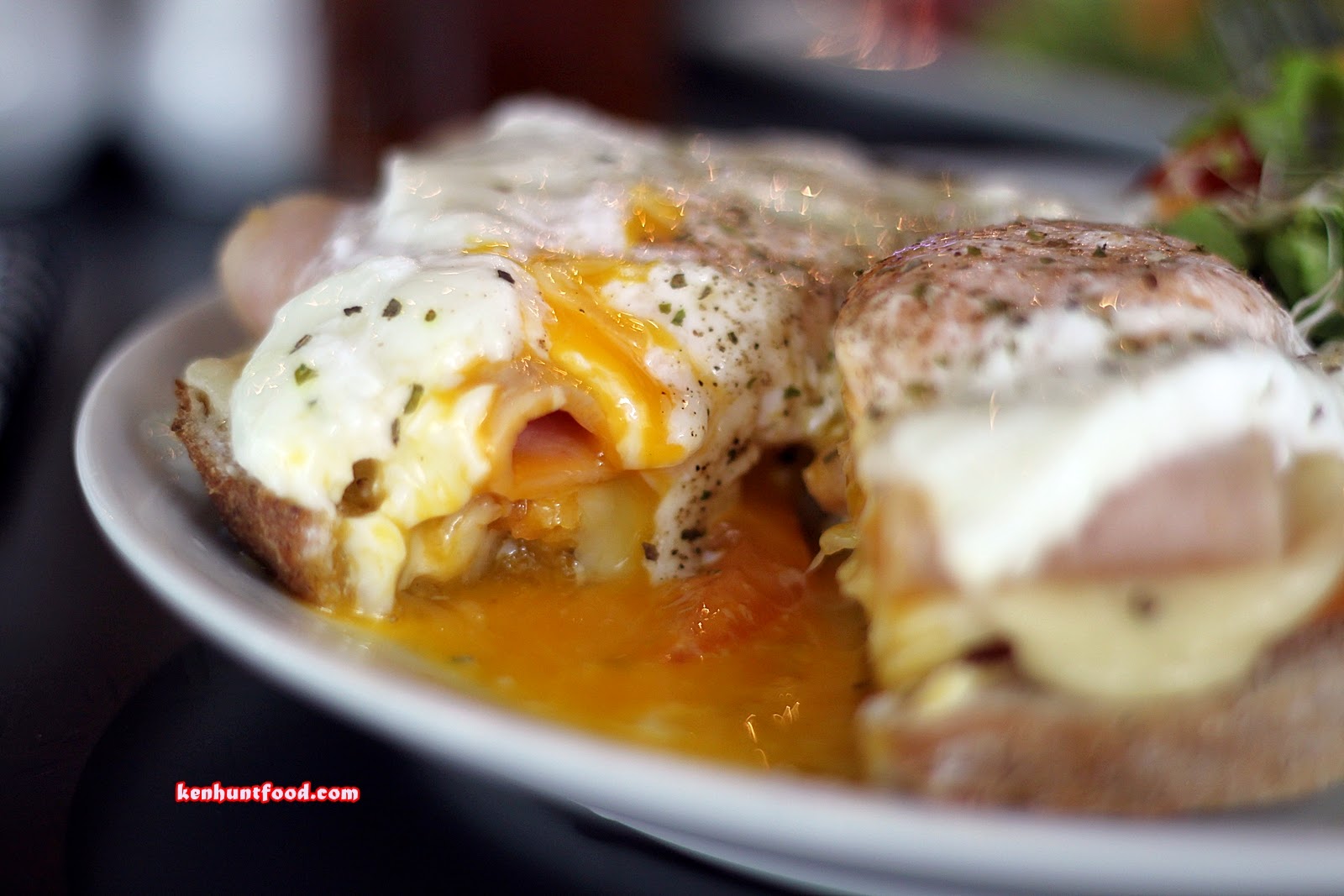 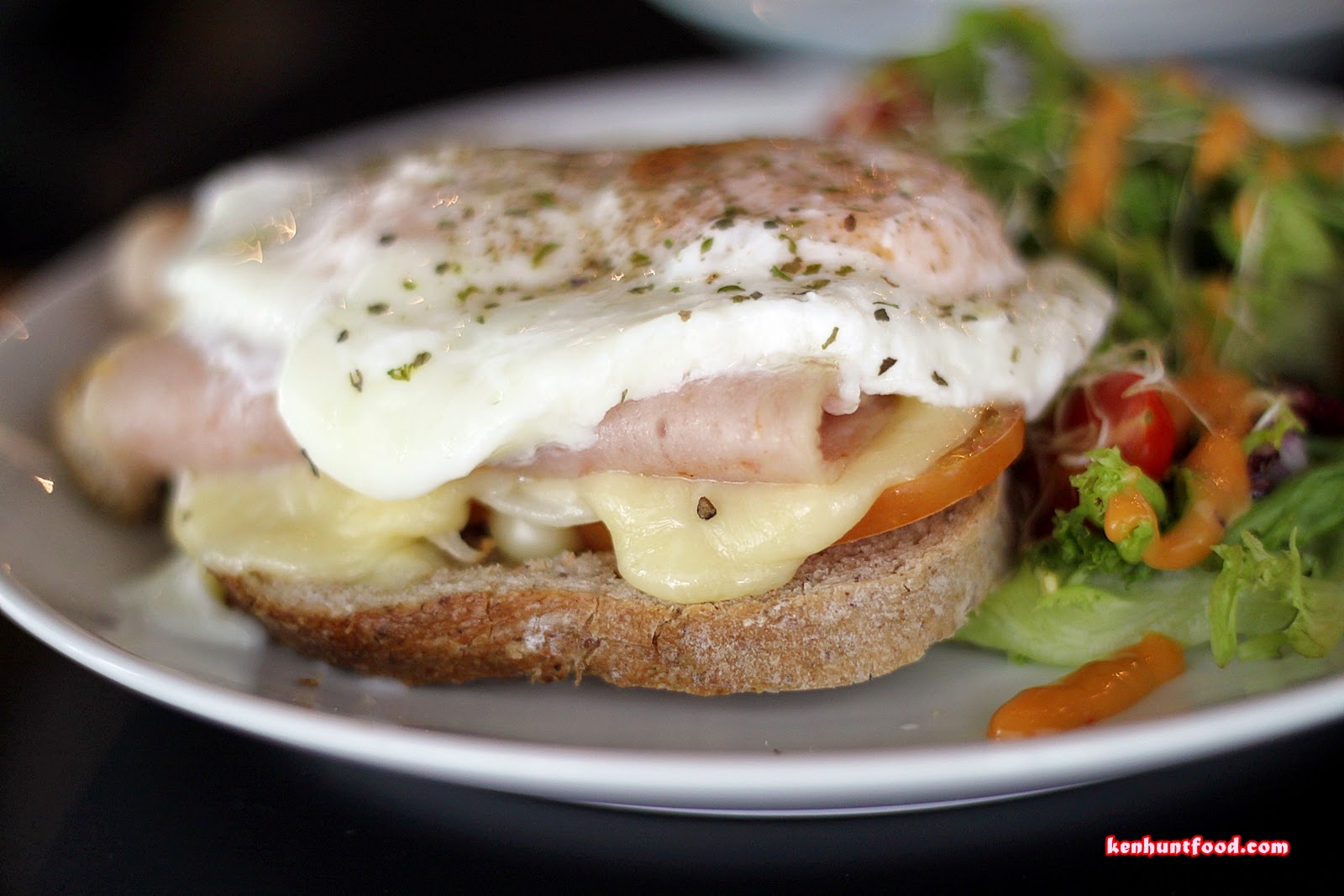 This combination never fails to impress me- Chicken Ham, Poached Egg, Tomatoes and Mozzarella Cheese. Magically, all of the aforementioned ingredients appeared in one of their All-Day-Long Sets- Germanizer (Rm 18). The Eggs were perfectly poached; golden hue yolk oozes out with the slightest prick on the yolk. The Chicken Ham provides a pleasing-meaty bite (though I thought it could be smokier) but the highlight of the dish goes to the melted Mozzarella Cheese which imparts a savory and cheesy flavor to the dish. The Sourdough did its job well here, it did not turn slouchy though it was soaked in the yolk. One of the note worthy choices in Paul Loiis. Each order of their All-Day-Long Set comes with a complimentary Iced Lemon Tea and Soup of the Day. 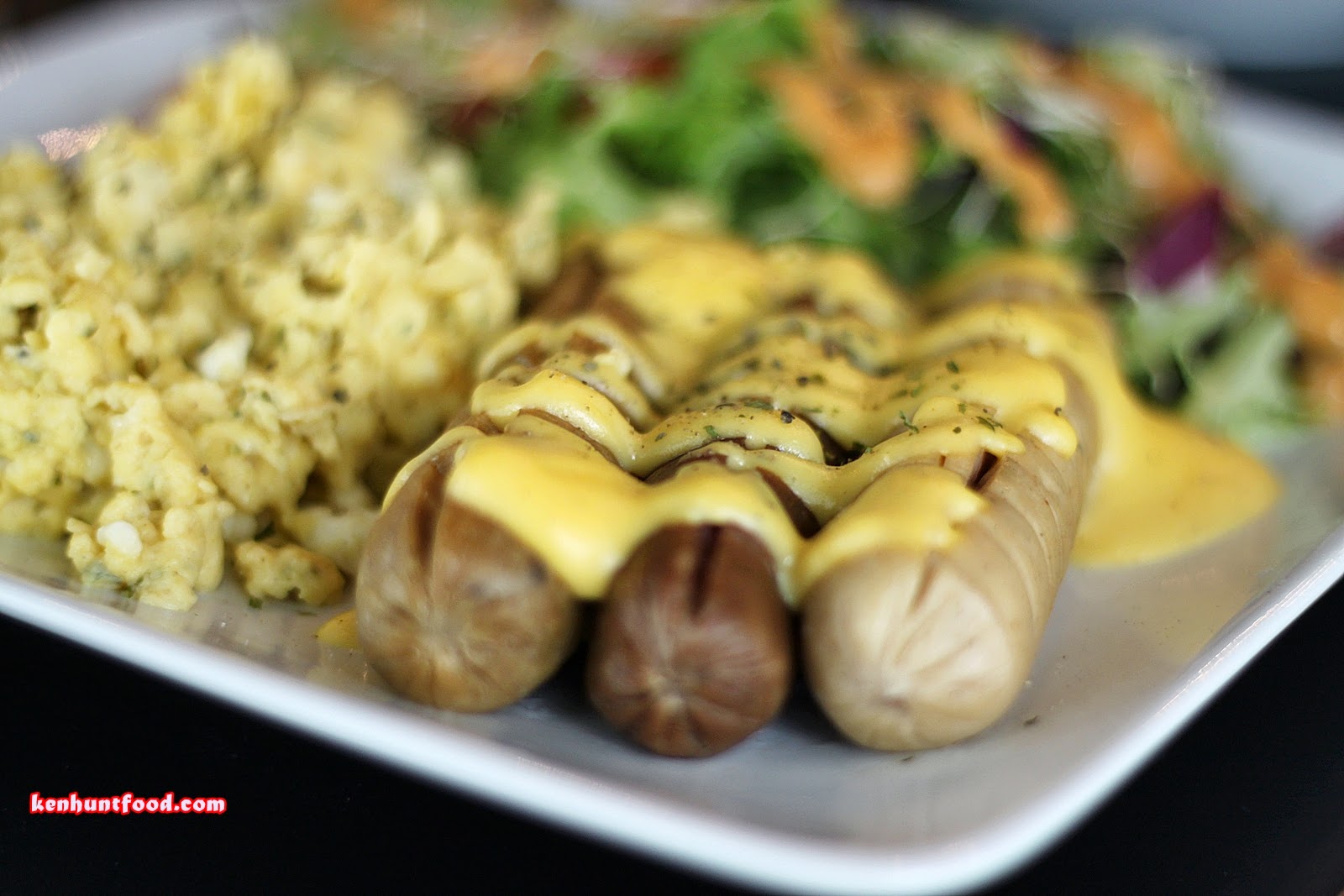 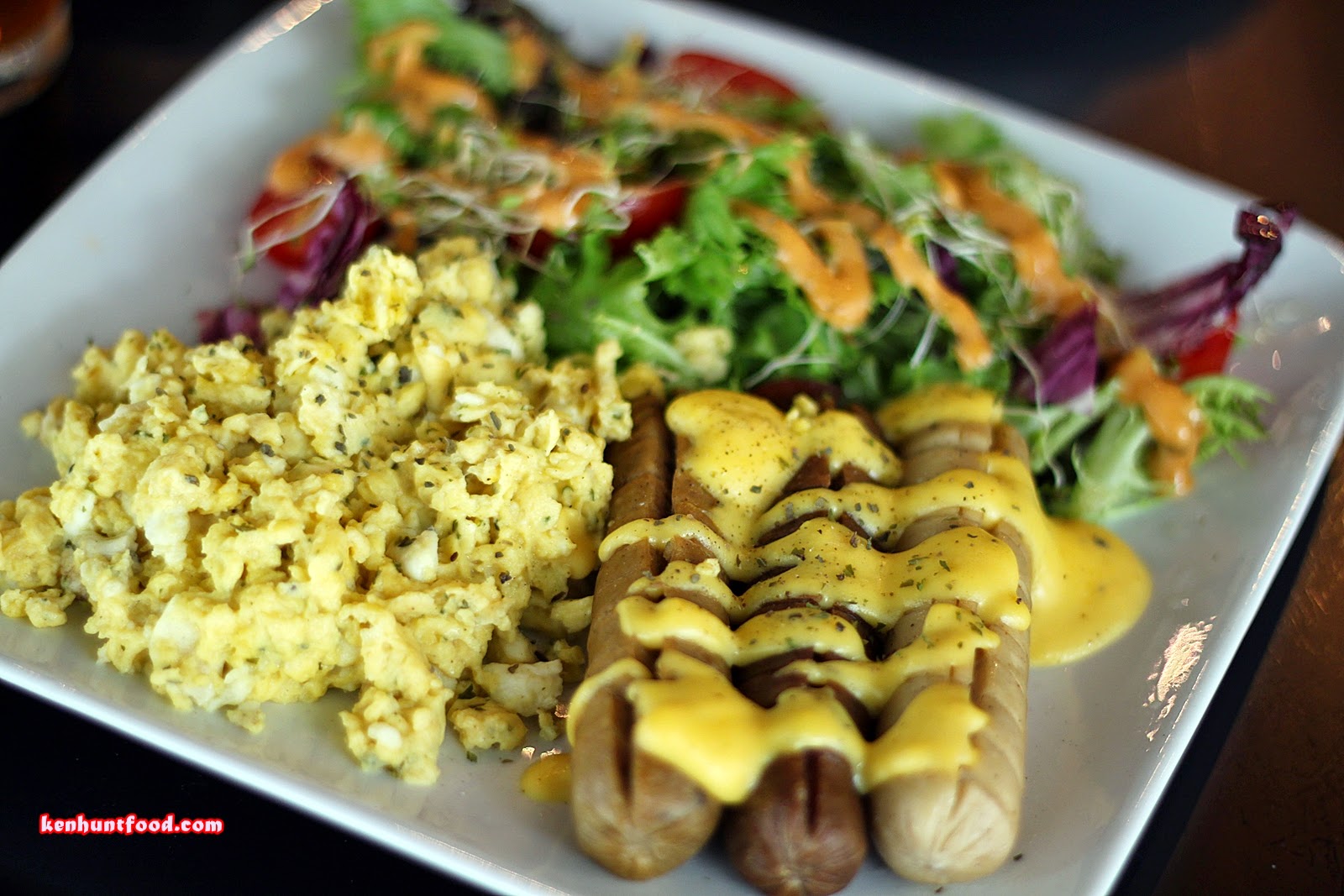 Another All-Day-Long Set- Tri-Kingdom Sausage (Rm 18) might not be too visually appealing; it comes with three different types of sausages- BBQ Chorizo Beef Sausage, Moroccan BBQ Lamb Sausage and Chicken BBQ Sausage, garnished with squiggles of Hollandaise sauce. The Sausages were smokey, firm and toothsome but they were slightly overcooked. The skins were puckered and the texture of the outer layer was somewhat too rough to my liking. Similarly, the Scrambled Egg was overcooked either (you have probably noticed that). 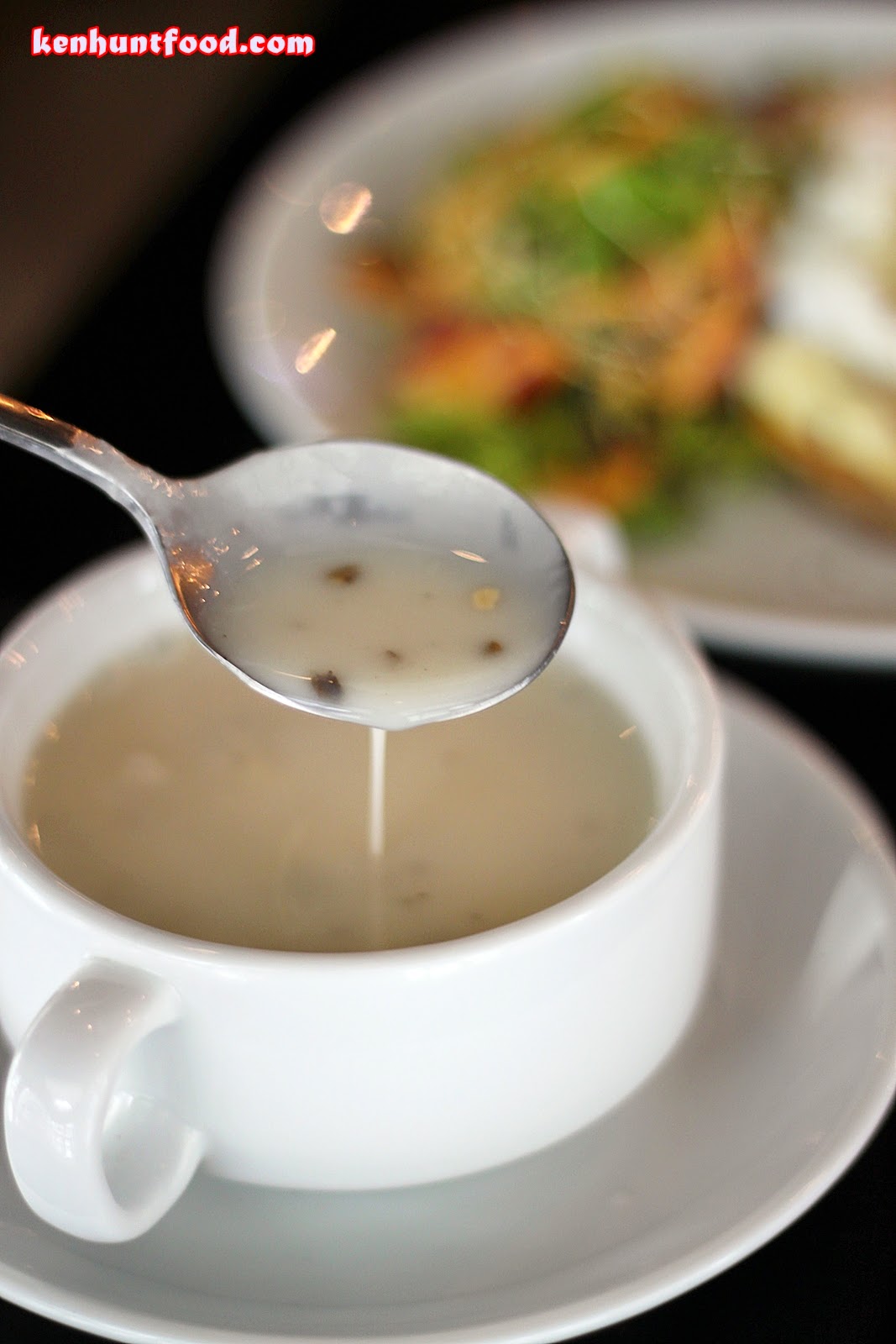 Mushroom Soup that comes together with the All Day Long Set was disappointing. The texture was watery or perhaps, too diluted to my liking. It can be monotonous on its own and probably more chunks of Mushrooms would be better, for the stronger earthy flavor. 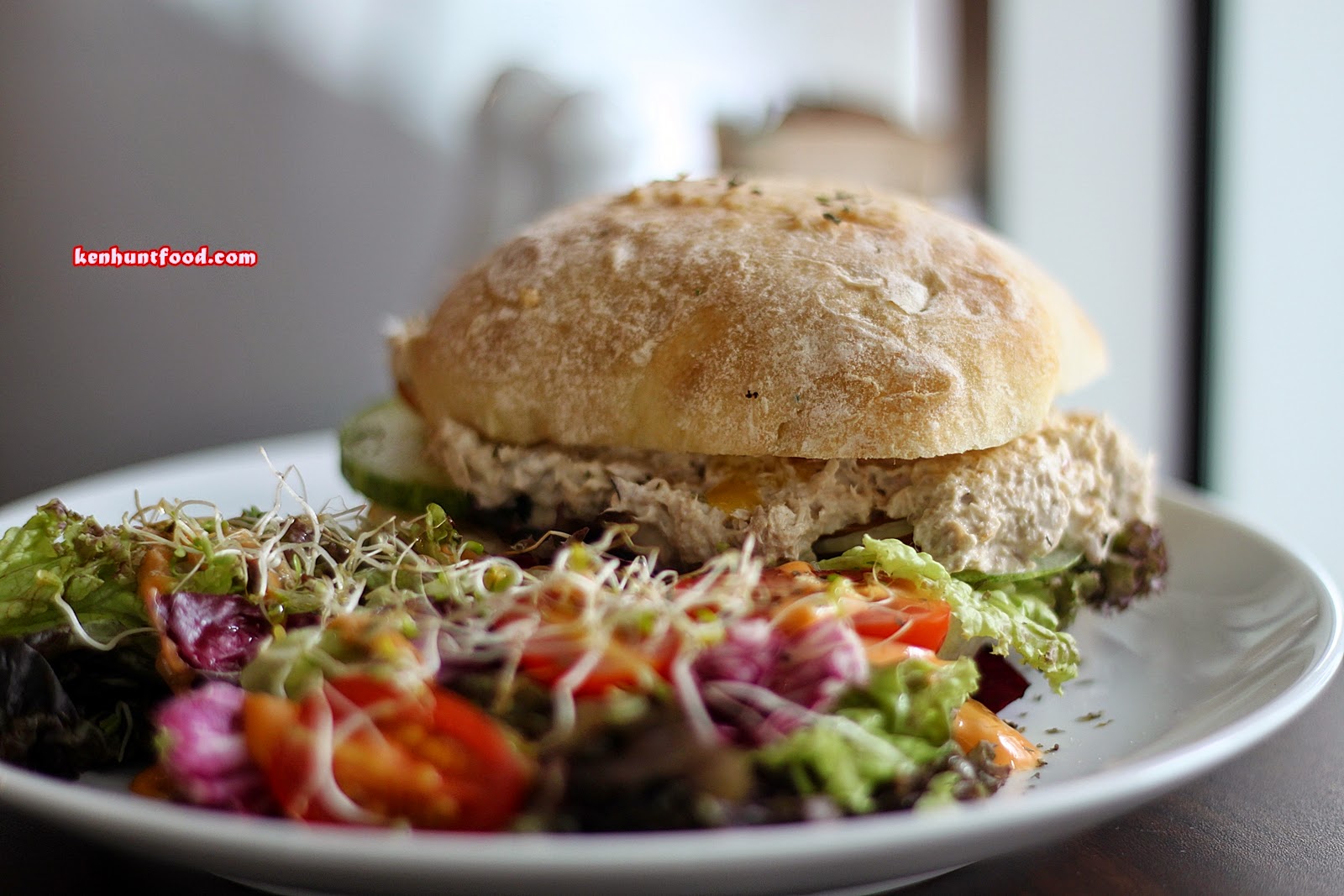 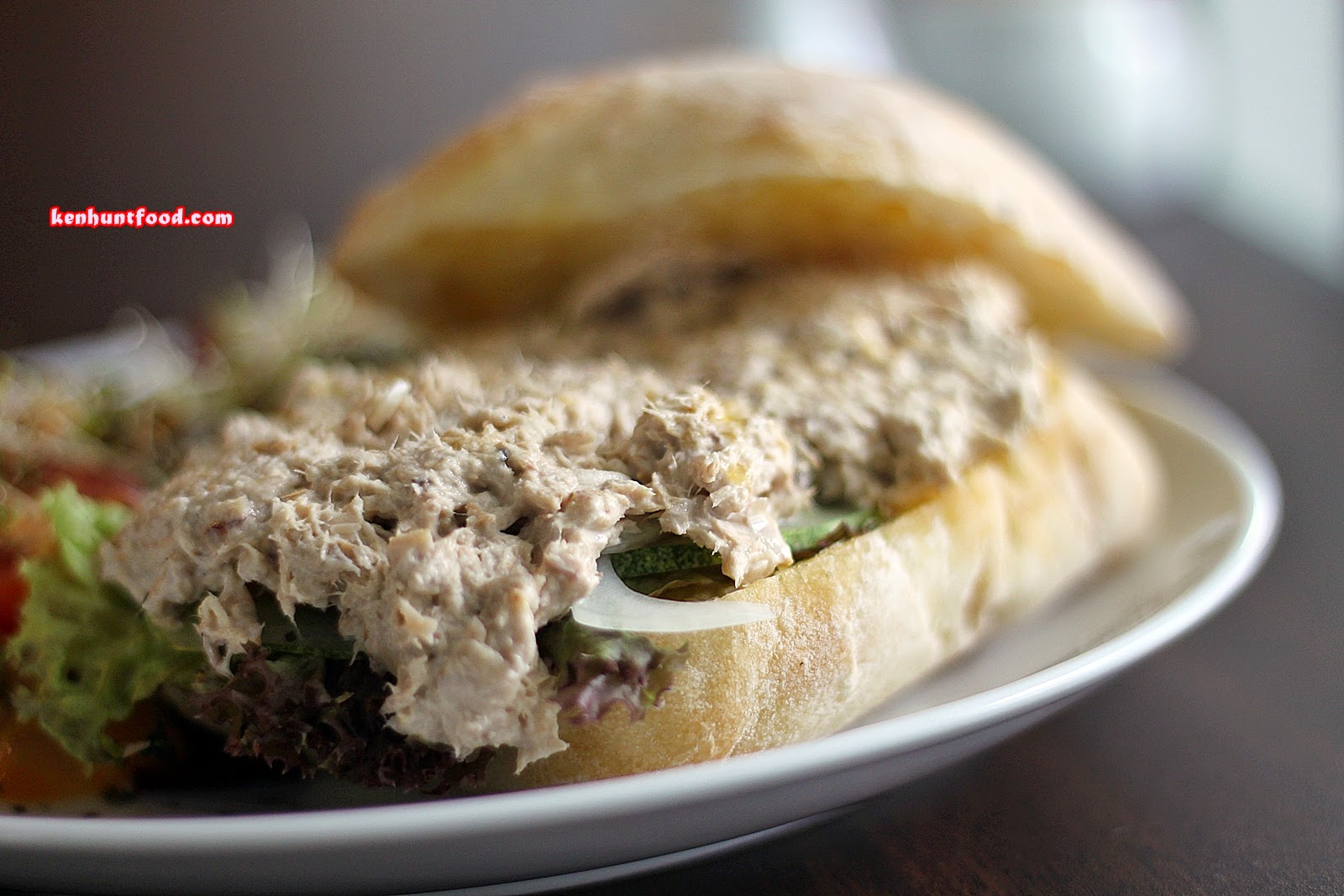 For those who wish to have a quick bite, go for their Ciabatta with Tuna (Rm 12). Lightly buttered and toasted Ciabatta spread with a generous amount of Tuna and served with some fresh greens. The Ciabatta bread comes in a huge portion, with a pillow-chewy texture. Nothing spectacular about the Tuna spread but it has traces of Mayonnaise and some Herbs. Every order of their Sandwich set comes with a cup of complimentary Americano. This set on its own would make a satisfying light lunch. 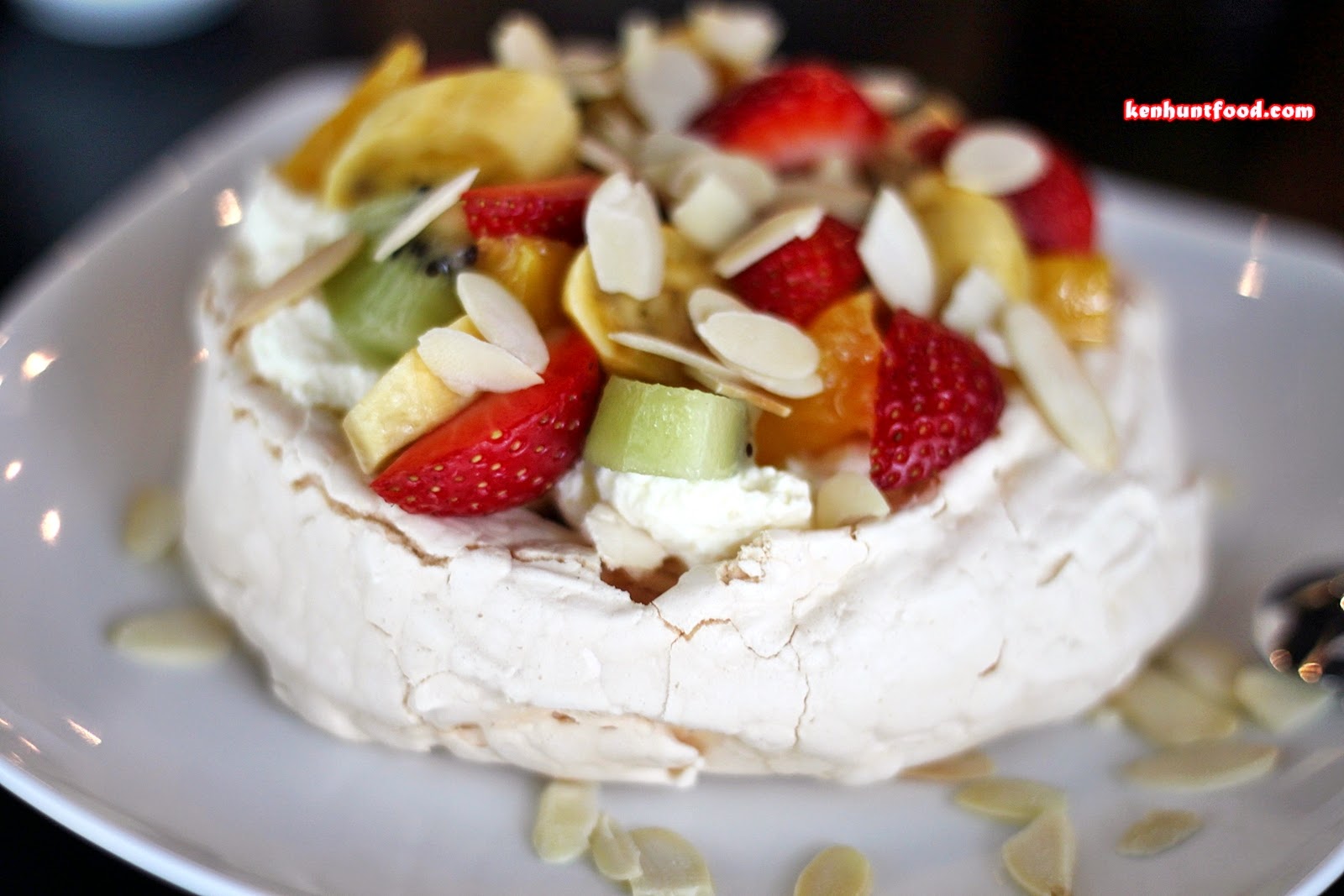 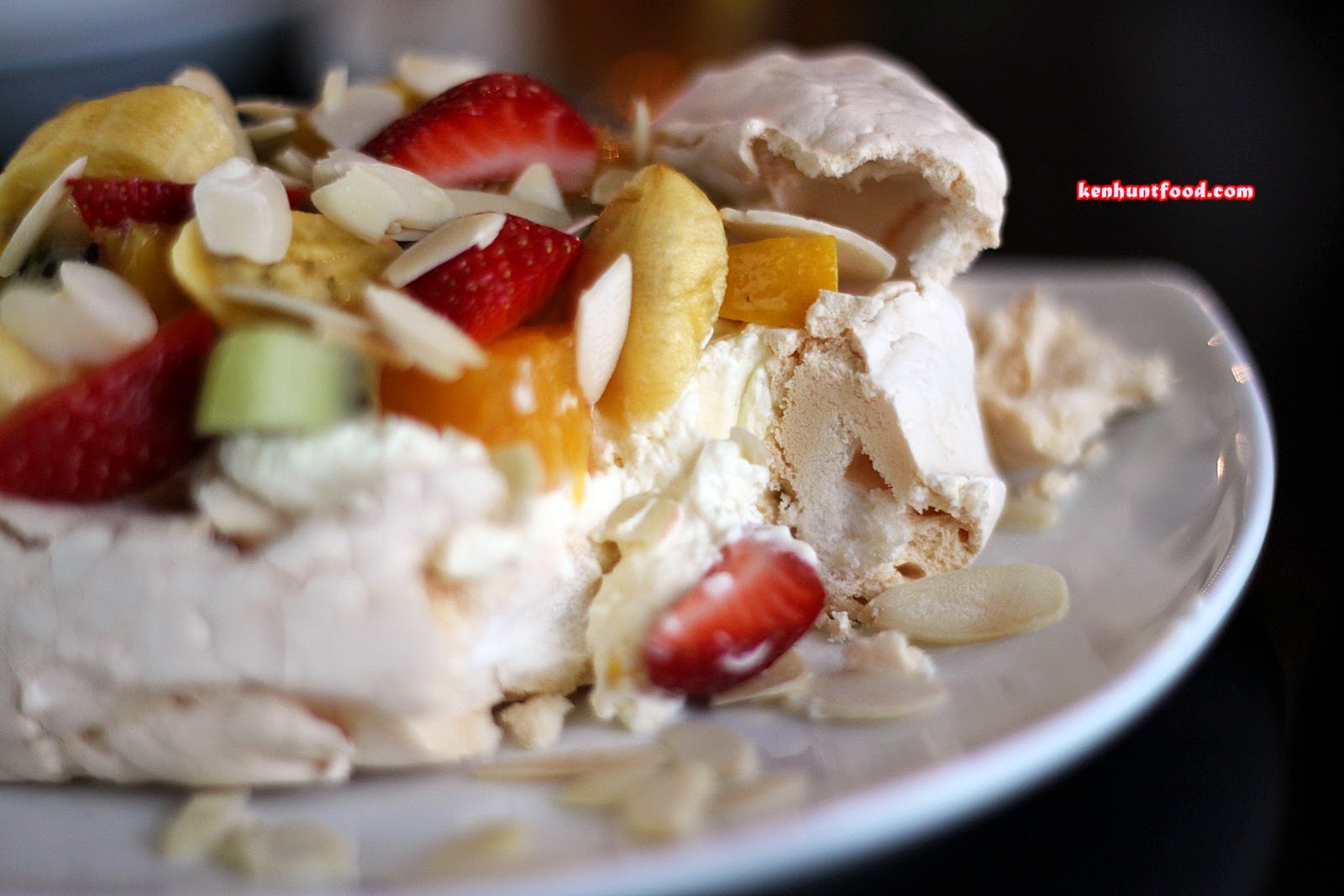 All desserts at Paul Loiis are home-made. Sweet ending was on the house, a warm gesture from the owner- Pavlova (Rm 12.80). I was quite worried that the meringue-based dessert could be saccharine sweet but fortunately, it was still within my acceptable range. The dessert was inevitably sweet but the velvety smooth cream encased in a light and airy texture with a crispy outer layer. It melted in the mouth in a glimpse of an eye! The freshly cut Fruits (Strawberries, Oranges, Kiwis and Bananas. No, I would have to disagree on the presence of Banana here) introduced a fruitier bite to the dessert while the Almond flakes provided another crunchy dimension. The hearty portion should be good enough for two person. 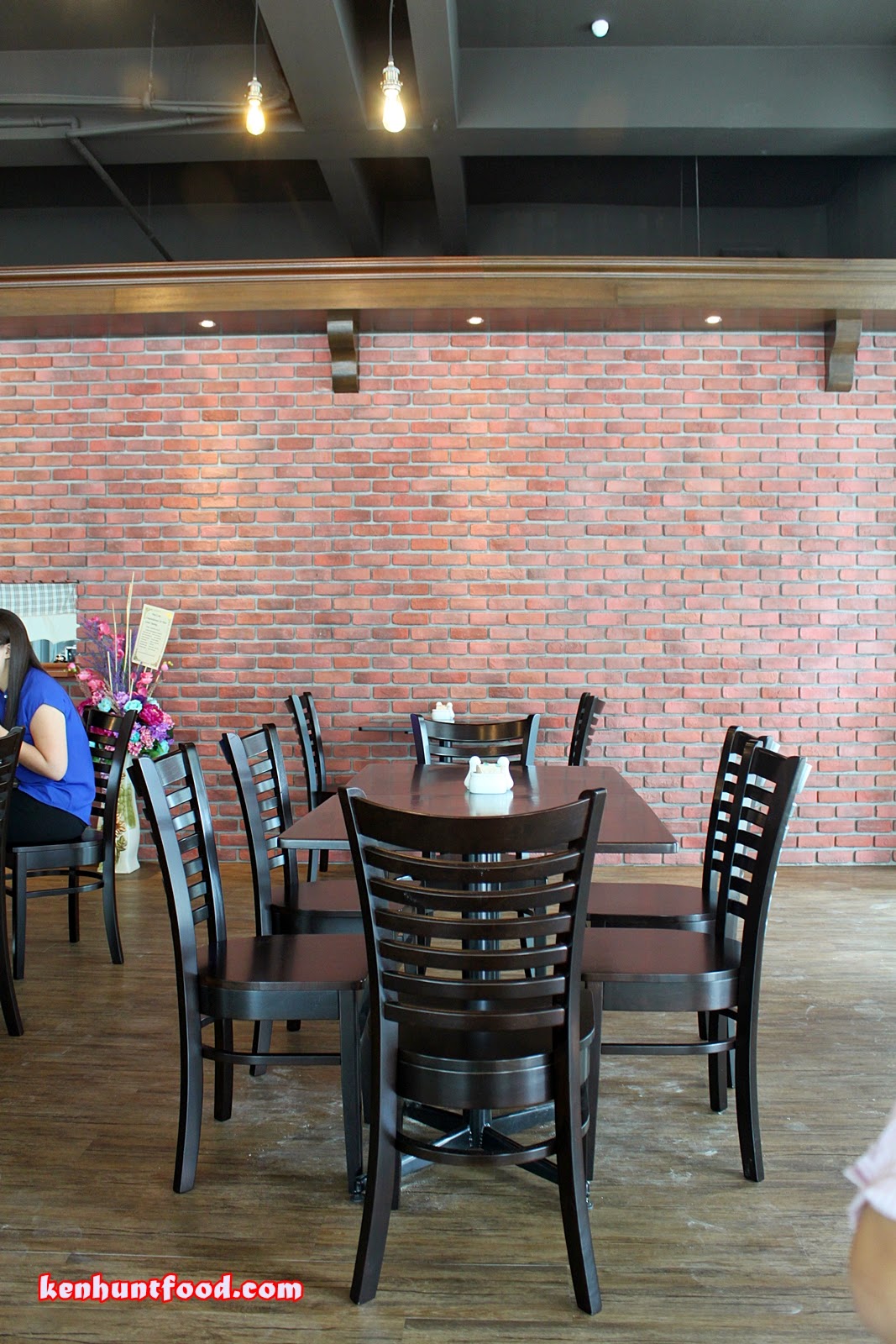 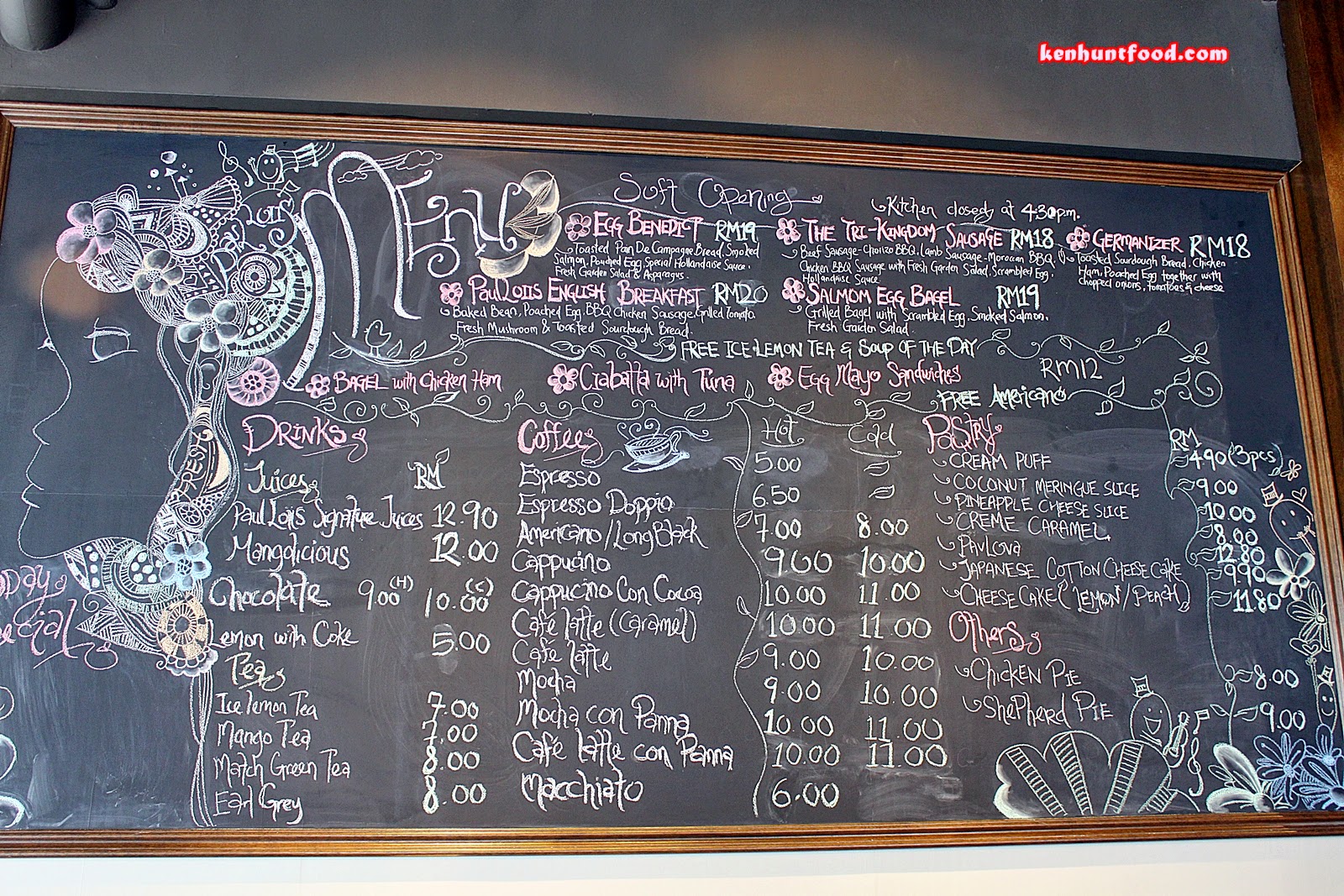 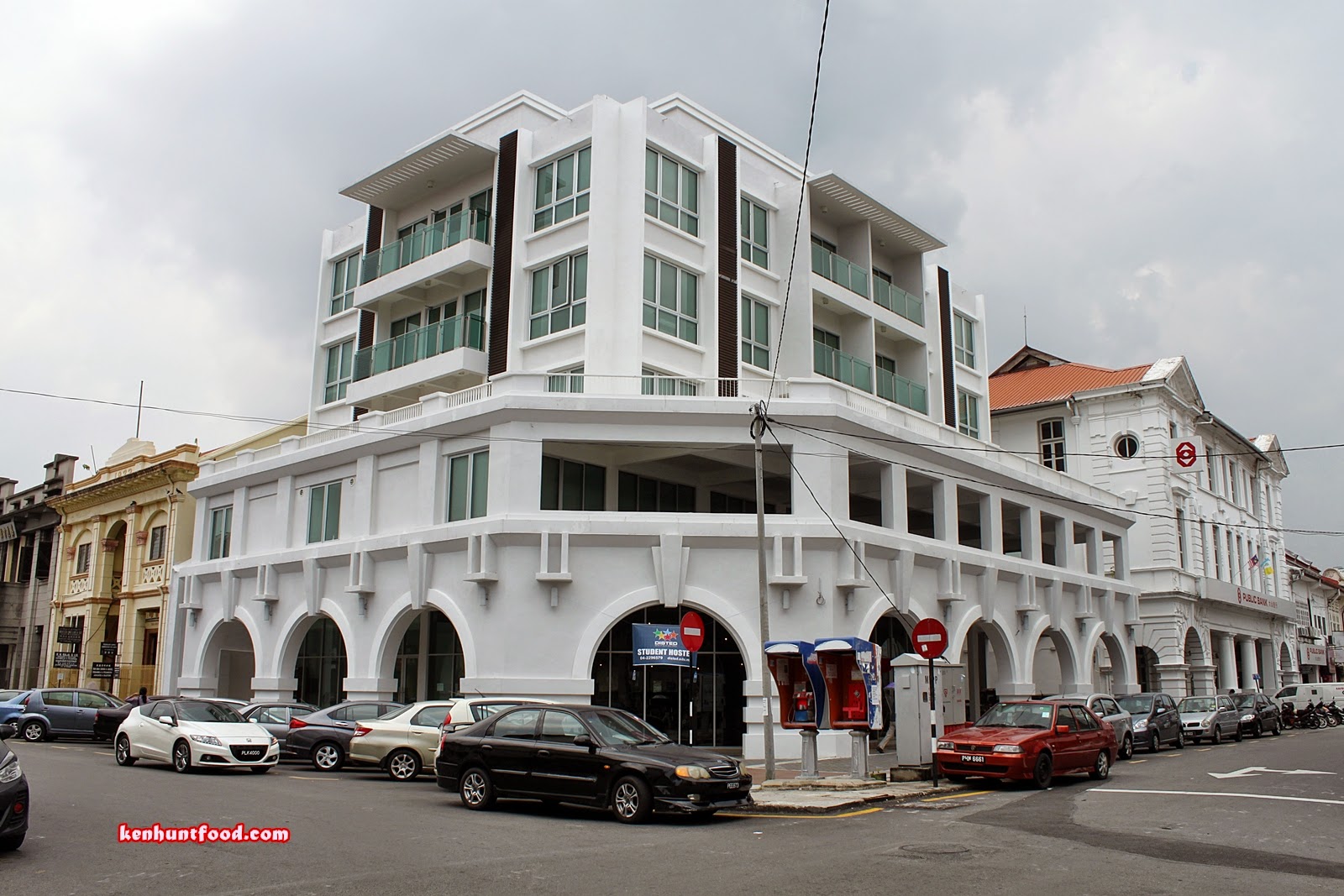