Prices and the Dining Themes are as follows:

For inquiries or reservations, kindly contact Four Points by Sheraton Penang at +604- 371 8888.

Many Thanks to Four Points by Sheraton Penang for extending the invitation. 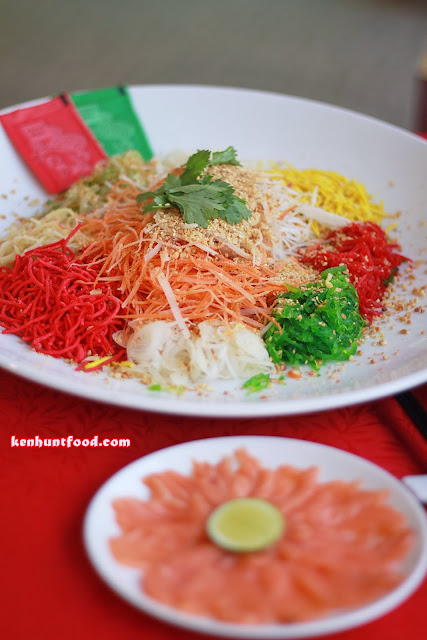 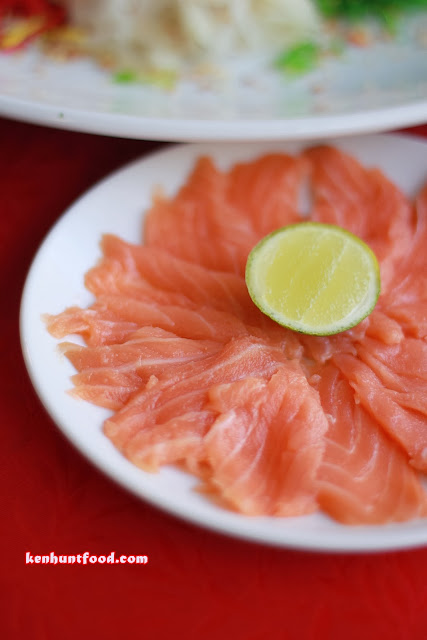 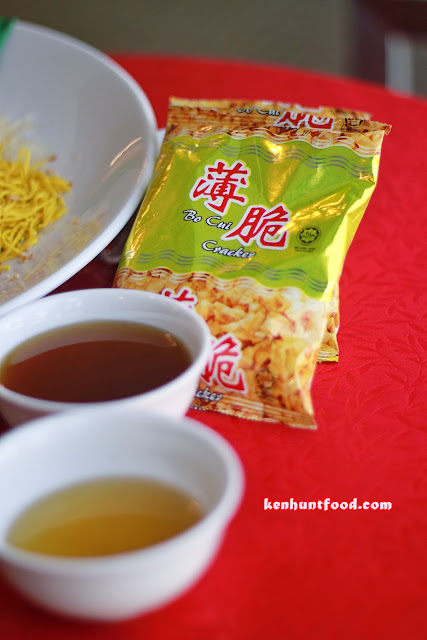 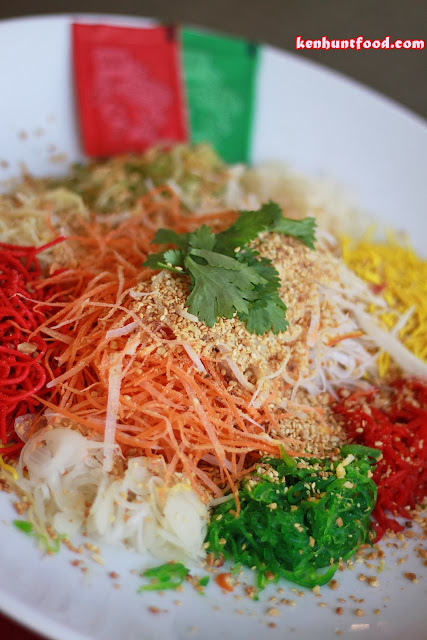 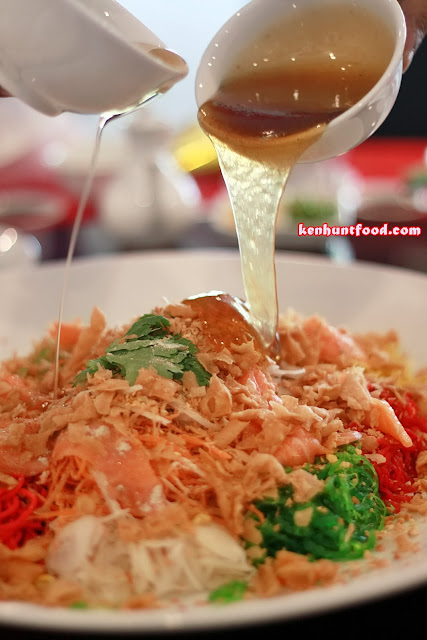 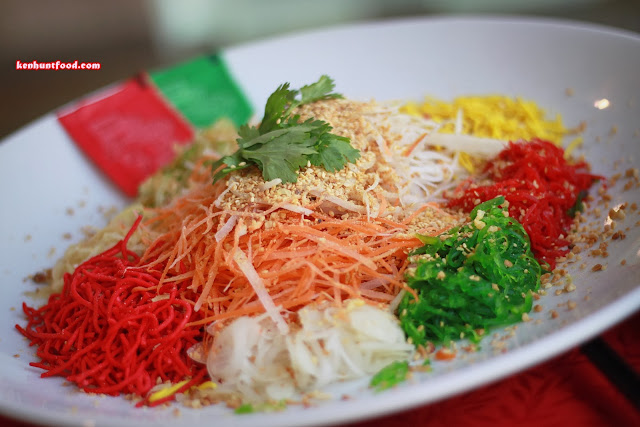 An undisputed way to start a Chinese New Year course lunch/dinner- Prosperous Yee Sang Platter with Salmon (风生水起/ 三文鱼生). Ignite your taste buds with the crunchy concoction which comprises of a balanced medley of sweet, sour and savory notes. A standard-average tasted dish to kick start the meal. 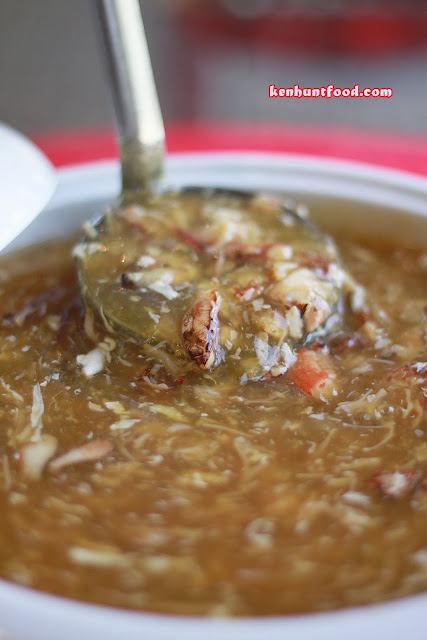 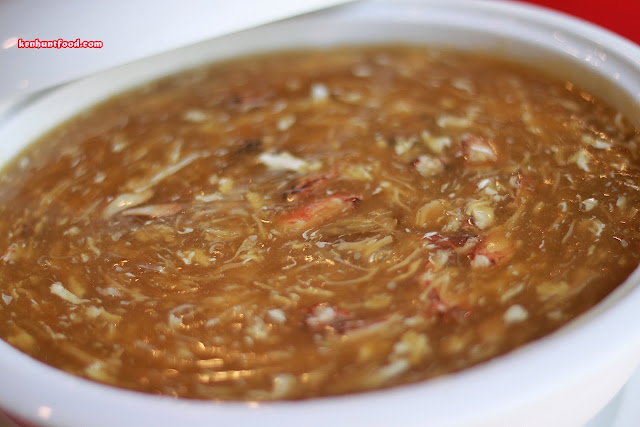 Their Braised Superior Soup with Crab Meat and Dried Scallops (财通四海/ 干贝蟹肉羹) is definitely a dish to look for. The generous amount of Crab Meat and the voluptuous Dried Scallops were the real draw of this dish, every spoonful of this concentrated soup was a burst of sweet crustacean; it was good on its own but even better with a dash of Black Vinegar for the acidity that brings the flavor to a whole new level. My only gripe was the soup being slightly too thick/ starchy. 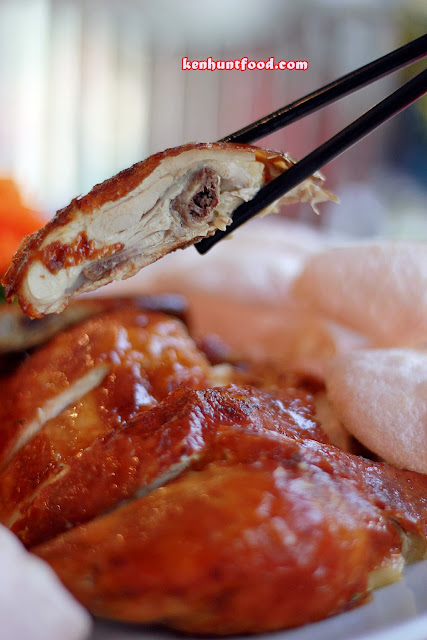 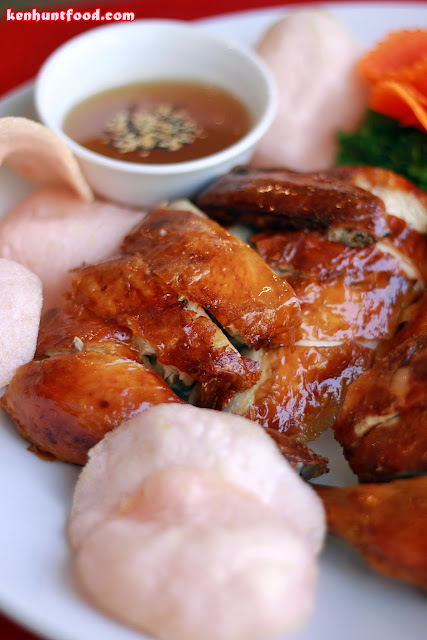 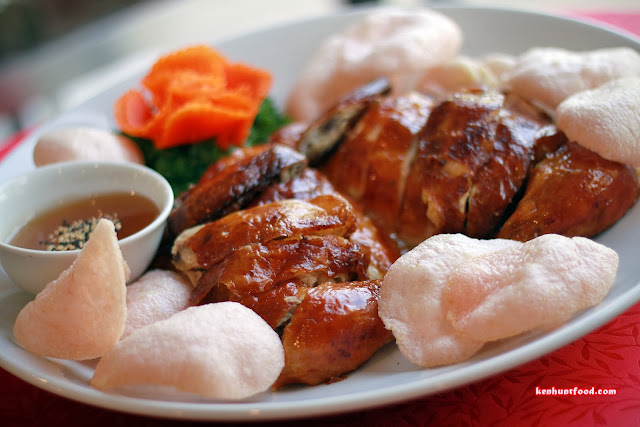 I was especially enamored for their Roasted Chicken with Plum Sauce (凤凰报喜梅酱烧鸡) which came in with some crunchy Prawn Crackers. The Chicken was well-executed and managed to lock the moisture within; even the breast part was tender and juicy enough while the skin was able to maintain its crispiness. The dish was further brighten with the sweet and sour Plum Sauce but I thought the Plum Sauce came in way too thick for my liking. 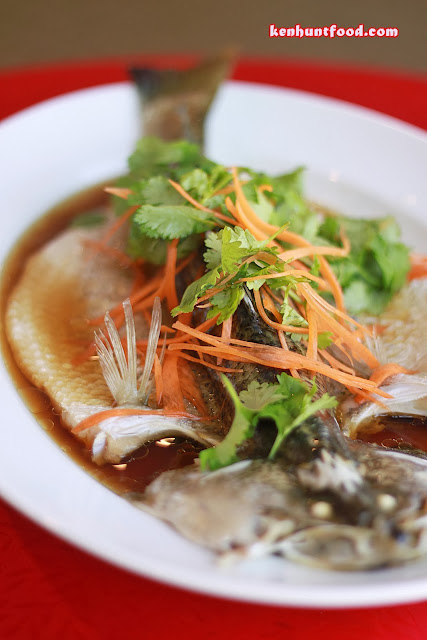 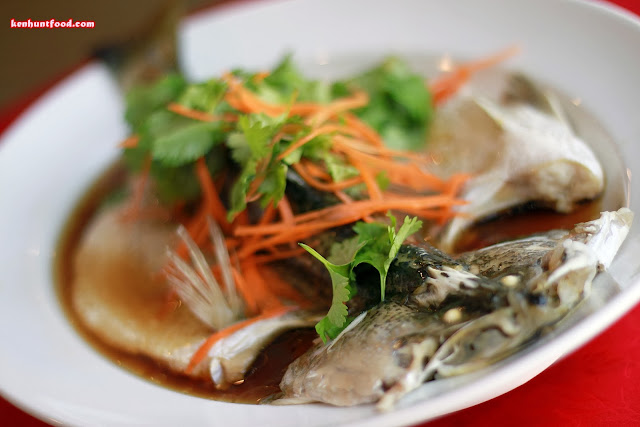 Steamed Sea Bass with Superior Soya Sauce (年年有余/ 清蒸石甲鱼) was a heart-warming dish, the Sea Bass was fresh and I was satisfied with its firm texture but I felt the Superior Soya Sauce was a lackluster. It needs more "sweetness" to do the justice to this dish. To put it simple: fish was great but the sauce was not. 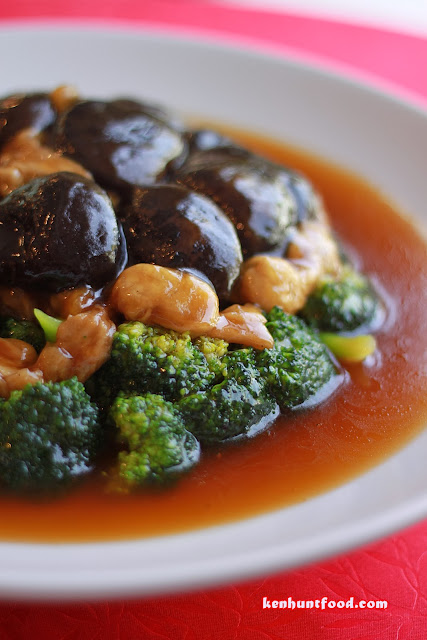 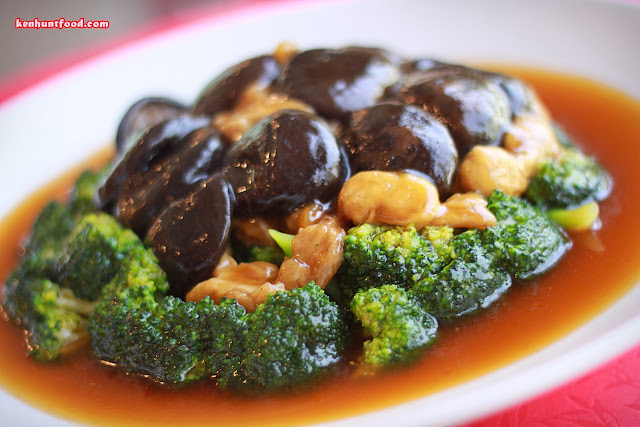 A short respite from the meat- Braised Black Mushrooms and Gluten with Garden Greens (万事如意/ 冬菇、豆根、时蔬). A rather simple-straight forward dish; well-cooked Broccoli with gravy clung to it, Black Mushrooms and chewy Gluten. While not mind-blowing, it was a solid attempt. 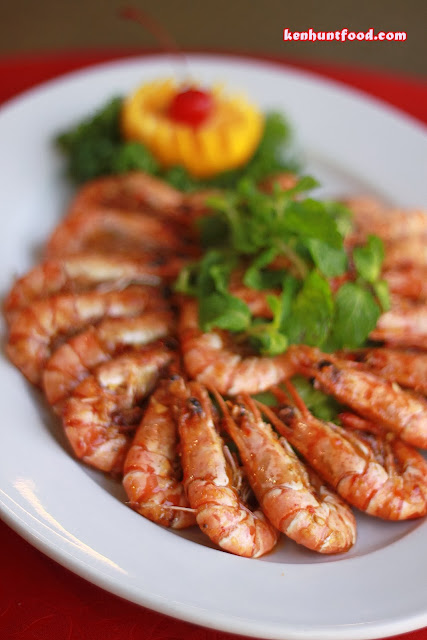 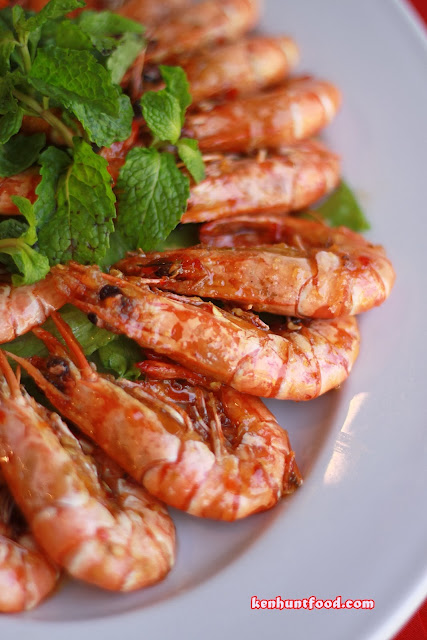 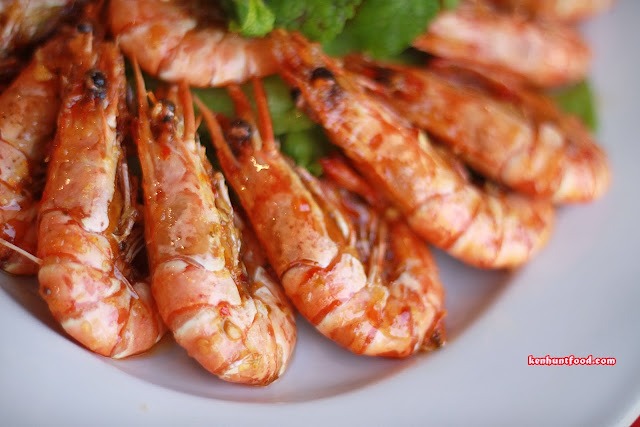 We were delighted to see the generous serving portion of Stir-Fried Tiger Prawns with Chef's Special Sauce (笑口常开/ 特式炒虾), the sauce commingles the sweet and spicy notes, hitting the palate with a chili kick. It tasted somewhat similar to the sweet Thai Chili sauce. The prawns were fresh and plump but the combo does not really excite me, probably I was expecting more though. 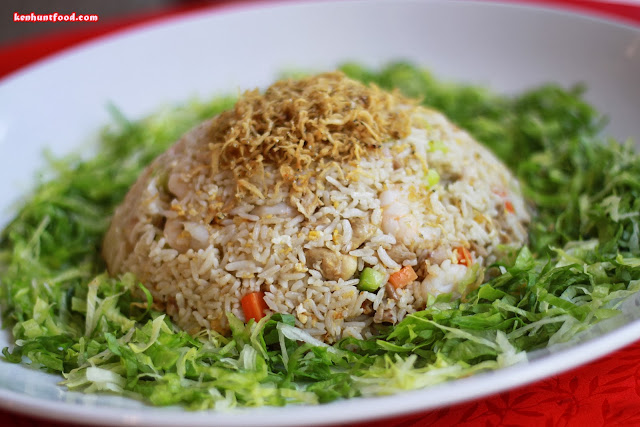 Tummy filler was New Year Fried Rice with Silver Anchovies (遍地黄金/ 新年炒饭), the Deep Fried Silver Anchovies added a hint of seafood-sweetness as well as saltiness to the Fried Rice, giving it a different layer of dimension. The wok hei/ aroma was present but it was not as overwhelming as I would have hoped; nevertheless, the copious amount of Chicken, Prawns and Vegetables added did manage to save back some marks. 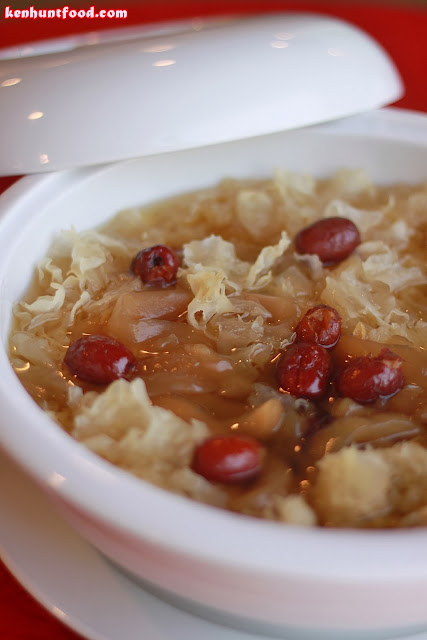 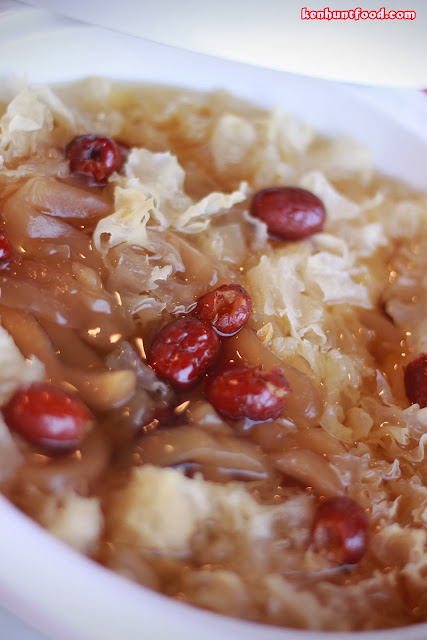 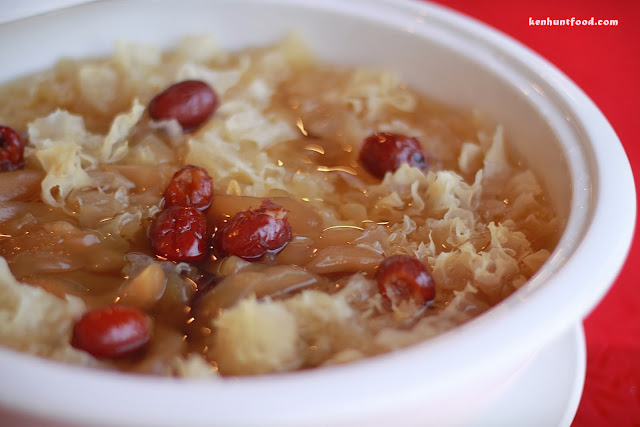 Sweet ending- Warm Sea Coconut and White Fungus with Honey Syrup (新年快乐/ 蜜汁雪耳海底椰) was a little less successful. We were again, delighted with the generous amount of ingredients added- White Fungus, Red Dates, Sea Coconut but the "sourness" from the Red Dates dilutes the sweetness of this dessert and we were left underwhelmed; it seems nice but nothing overly exciting. Nonetheless, it was a pleasingly comforting remedy for the sultry weather here in Malaysia. 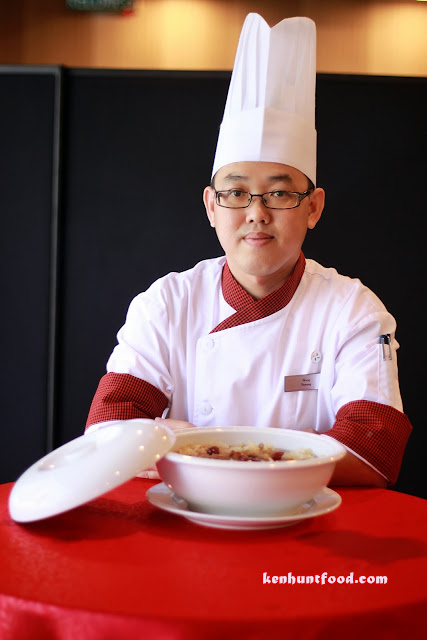 Many Thanks to Chef Wong of Four Points by Sheraton Hotel Penang for preparing the wonderful dishes. 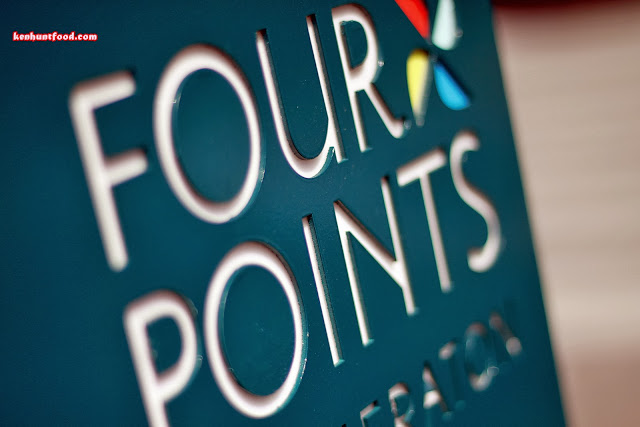 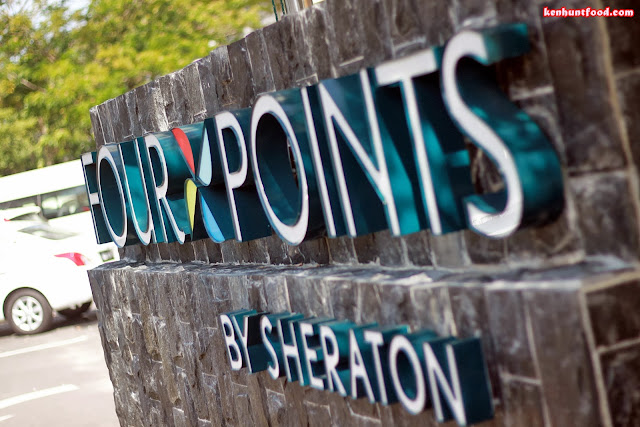