Quay Cafe has since ceased its business operations.

The name Quay Cafe should be quite familiar for strict vegan in Penang as this self-service cafe serves vegetarian food only. Diners are expected to place their orders at the ordering counter and to return all utensils as well as cutlery after the meal to the kiosk set up at the corner of the cafe. Its food menu is not extensive but there are more than sufficient choices to please everyone. Its menu includes choice of noodles, rice dishes, as well as local eats such as Laksa, Curry Mee and Mee Goreng. While most of the dishes we had were mild on flavors, this place suits the health-conscious the most and might not be a good place for those who prefer bold flavors. Nonetheless, I thought most of the dishes were too mild in flavors to my liking, not that I am a person who prefers bold flavors but they were literally too mild or even bland for me; although I do support the healthy concept for this no-frills cafe but I am not sure if I am willing to come back for more though..... 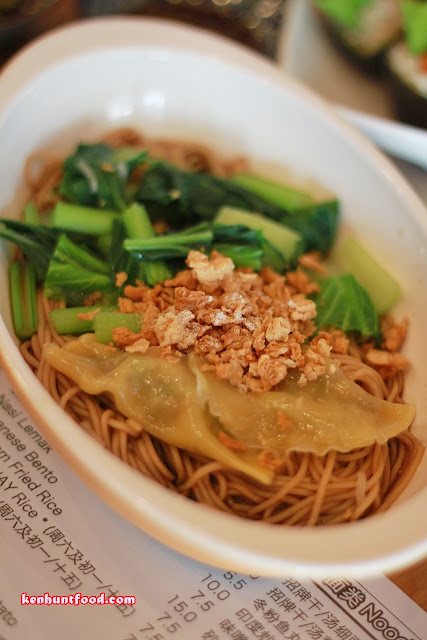 The Home-made Noodles with Dumplings (Rm 6) barely registered any taste, it has sprinkles of vegetarian Meat Floss over the noodles and dressed with the usual Soy Sauce. A very straight-forward dish with predictable flavors. The dumplings were ordinary either, nothing to shout over. I was rather disappointed with this dish. 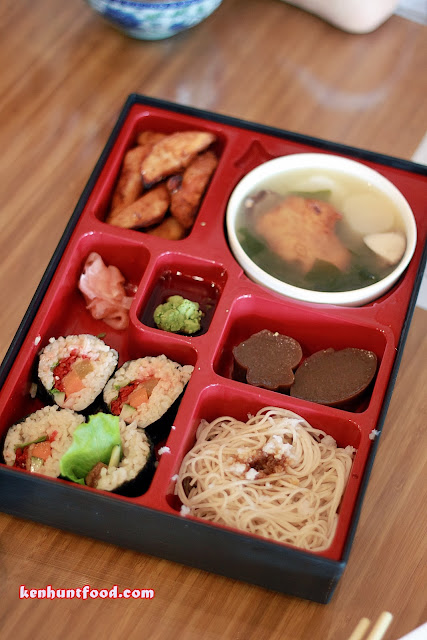 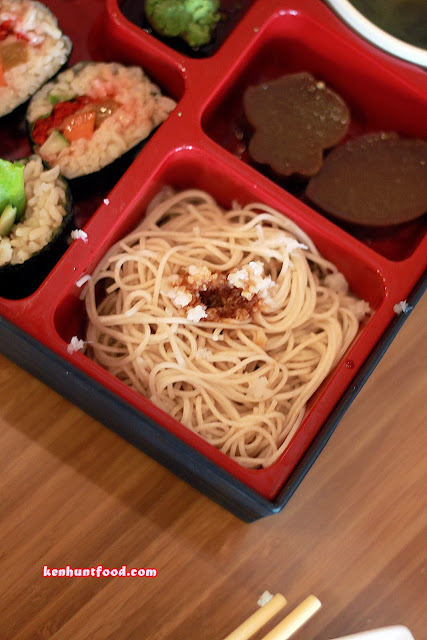 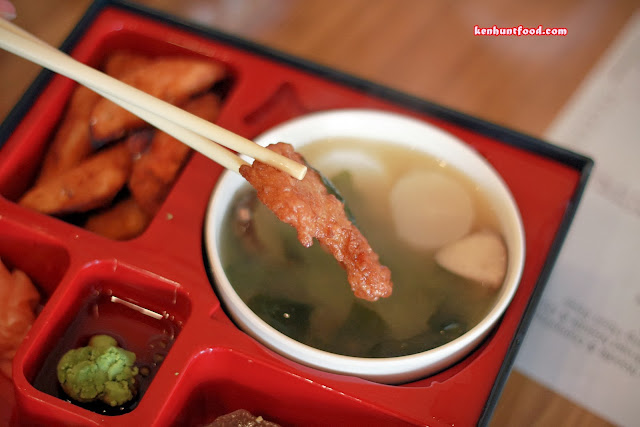 A worth-mentioning dish will be their Japanese Bento Set (Rm 15) which comes with Noodles (dressed with Japanese Soy Sauce and Sesame Oil), Deep Fried Sweet Potato (tossed with Plum Powder), Seaweed Soup with White Radish, Japanese Sushi and Konyaku (Japanese Jelly). I was expecting the Noodles to be rather bland and mild in taste but to my surprise, it was a tad salty! On the other hand, the soup was little less successful for being too dull and monotonous. Less impressive as compared to other vegetarian eateries nearby the vicinity. 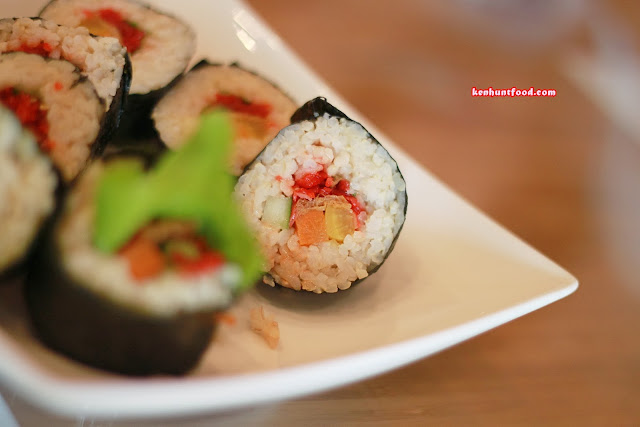 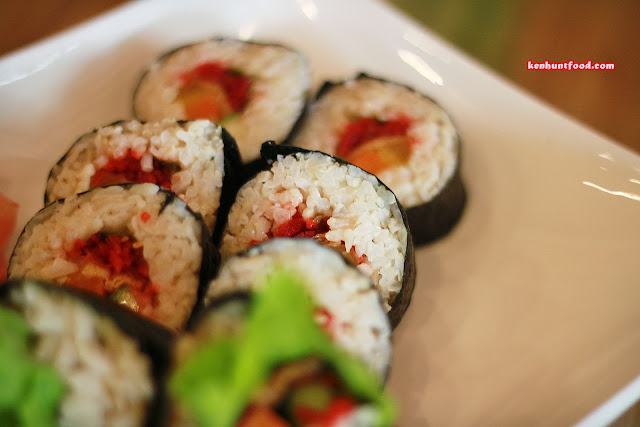 Their Japanese Sushi (Rm 8) is good enough as a meal for one. Rolled with Carrots, Cucumbers and Japanese pickles as well as Brown Rice, the Sushi comes with a refreshing sourish tinge; to be complemented with their Wasabi/ Japanese Green Mustard. To my surprise, their Wasabi was not hot nor it possesses a distinctive flavor that normal Wasabi does, it lacks of an "oomph" in my opinion. Not a bad choice if you are looking for healthy vegan Sushi. 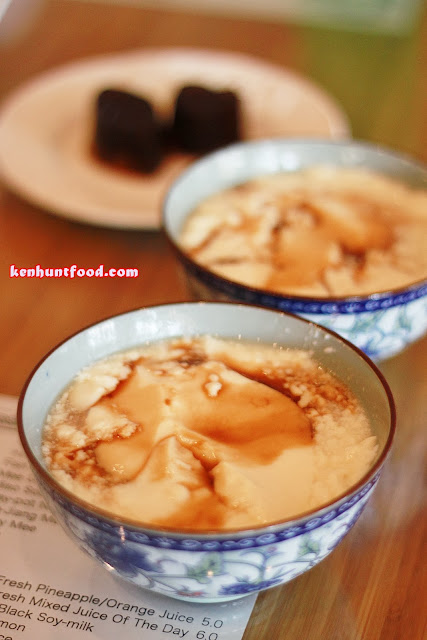 Ending the meal was this Home-made Beancurd (Rm 3) with drizzle of Brown Sugar added. The silky smooth Beancurd exudes strong Soy Bean flavor while it was so smooth that it slides down your throat easily. However, the accompaniment- Brown Sugar did not complement with the Beancurd, the sweetness was too mild as though someone had accidentally dropped some syrup over the dessert. 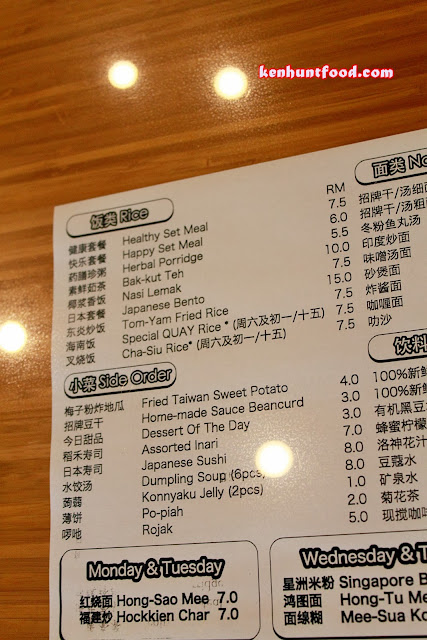 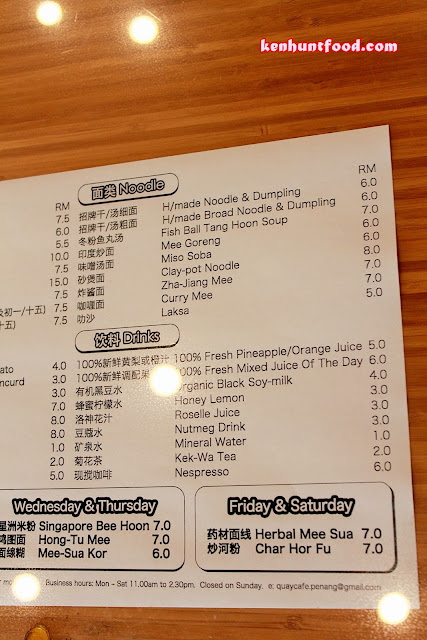 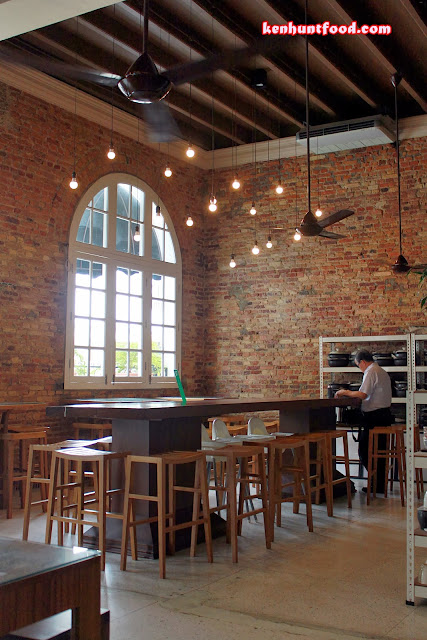 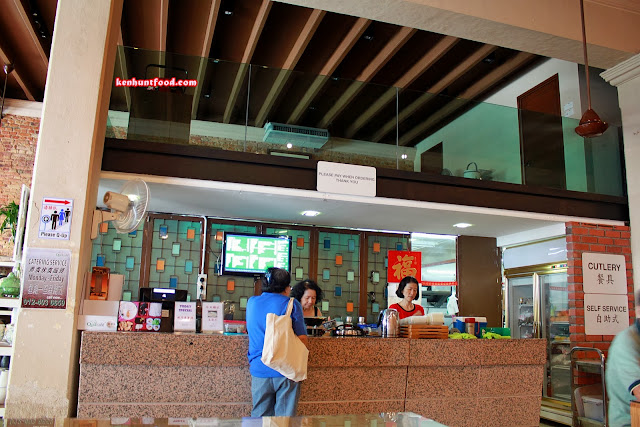 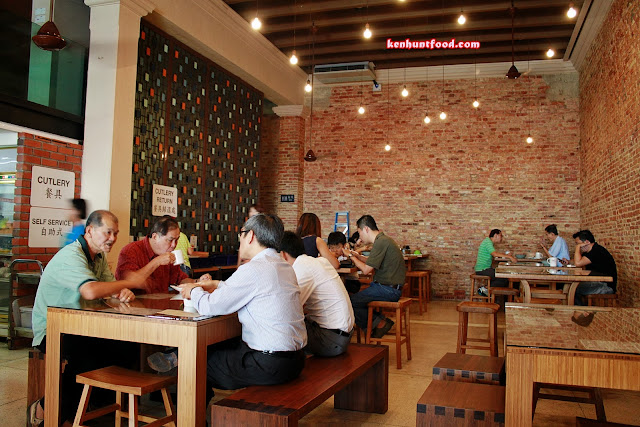 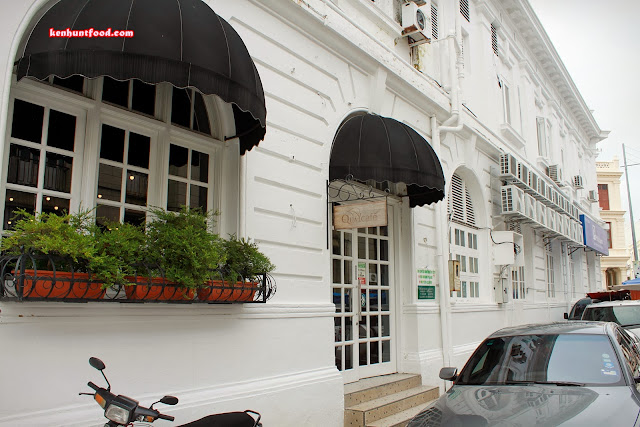 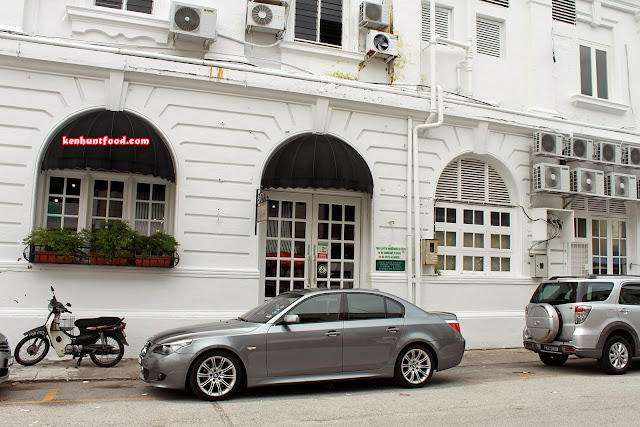 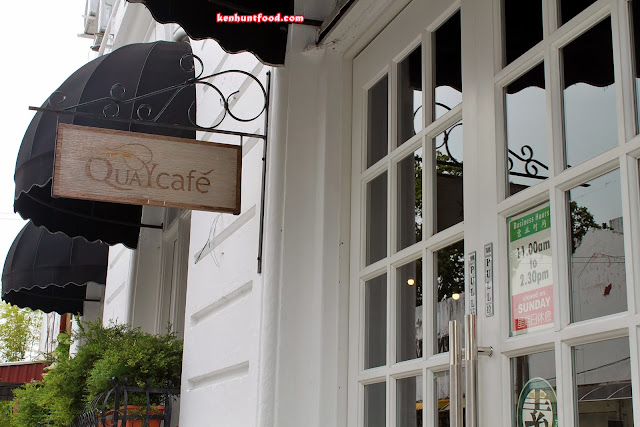