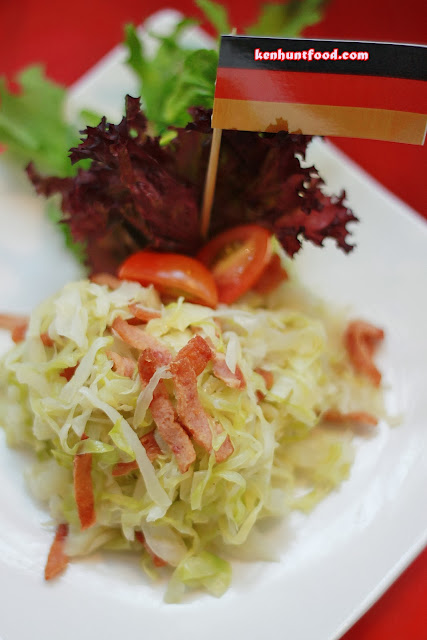 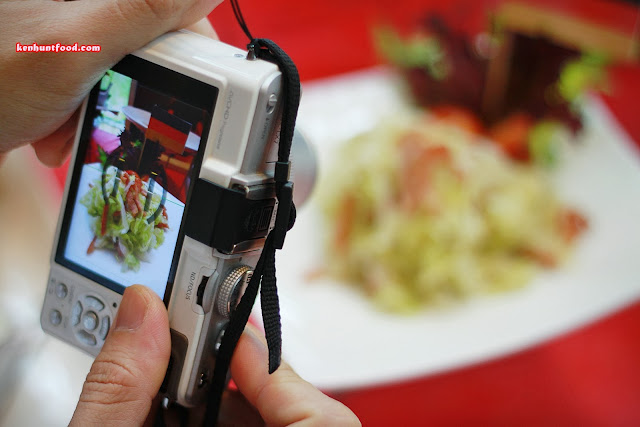 Sauerkraut, Pork Knuckle and Beer are the quintessential dishes when one mentions about German cuisine and being a Halal restaurant, Swez Brasserie serves No Pork. However, we were fortunate enough to be served with their German Sauerkraut Salad (德式酸菜沙拉). While traditional German Sauerkraut Salad comes with some Bacon bits, Chef Vince was creative enough to substitute Bacon with Turkey Bacon. Despite some honey has been added to balance the sourness of the vinegar, the dish was still slightly sour as a starter. Nevertheless, it makes a perfect combination with the Bratwurst/ German Sausages. 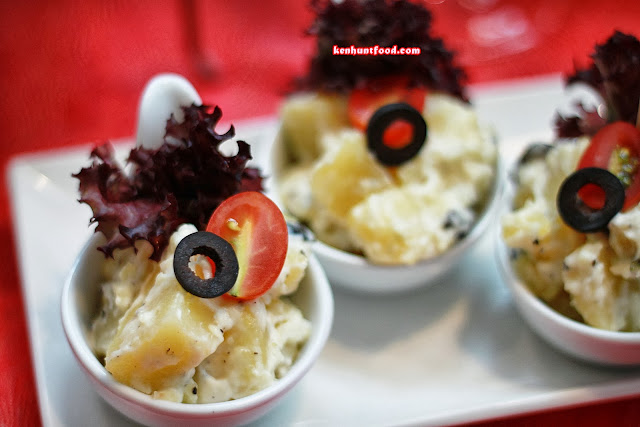 While this dish Kartoffelsalat/ German Potato Salad (德式马铃薯沙拉) was not a scene-stealer, it did not disappoint me with its impressionable flavors. The perfectly-cooked Potatoes were well-coated with Sour Cream and tossed with Turkey Bacon bits, Capers, Olives and Cherry Tomatoes. 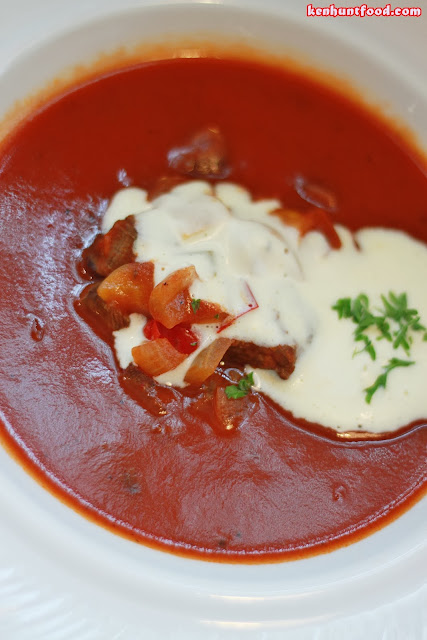 Beef Stew will never go out of fashion, this enticing Rindergulasch/ Beef Goulash Soup (德式烩牛肉汤) was subtle and robust in flavors. A medley of sweet and sour notes with a slight smoky flavor exudes slowly after you had a sip on the soup, further enlivened with their braised till fork-tender bite-sized Beef cubes, as well as some Onions and Capsicum. My only gripe was the lack of a well-toasted Baguette or Sourdough to complement with the soup.... 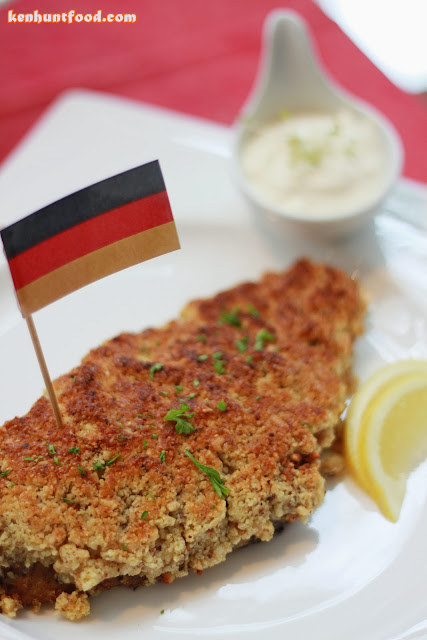 I did not seem to enjoy their Haselnuss-Kruste Fische/ Hazelnut Crusted Fish (榛子脆皮鱼), a slab of fish was fried with a layer of Hazelnut crust (Lemon Zest was being added) and the dish was served with a dollop of Sour Cream. The crust being too flaky and crumbly, it did not seem to possess a very significant flavor nor effect to the dish in my opinion. 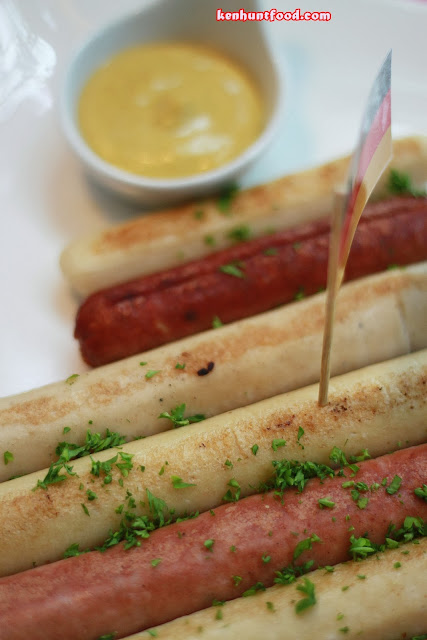 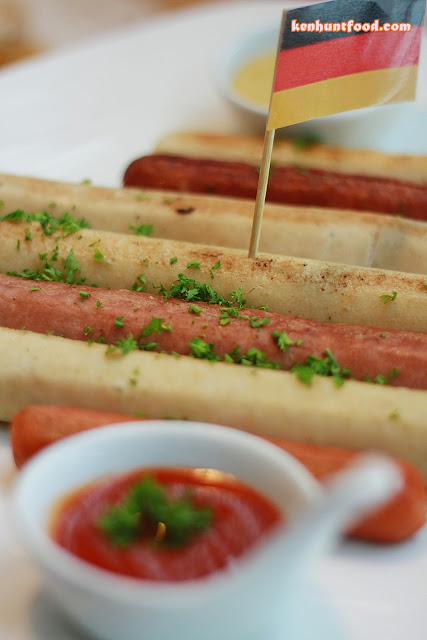 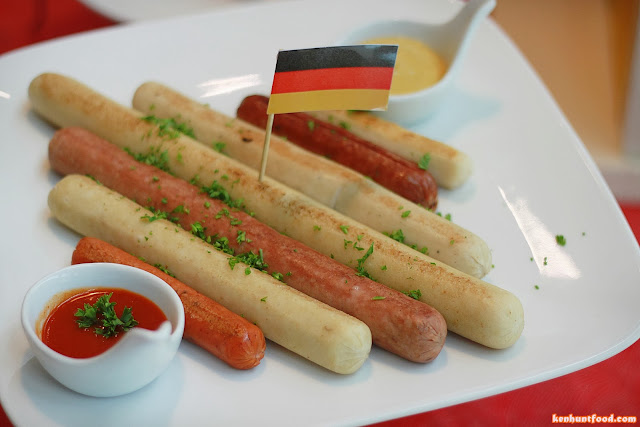 Meat lovers can satiate your cravings over their Sausages. Available in 5 flavors, one of the main highlights of this themed buffet will be the Bratwurst/ German Sausages (德国香肠); the available flavors are Garlic, Foot Long, Smoked Beef, Chicken as well as Beef Bratwurst. Their meticulously prepared sauces- Currywurst and French Mustard complete the dish with just the right extra kick. 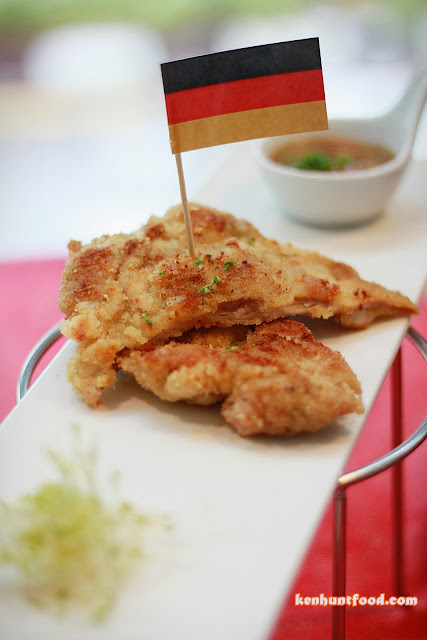 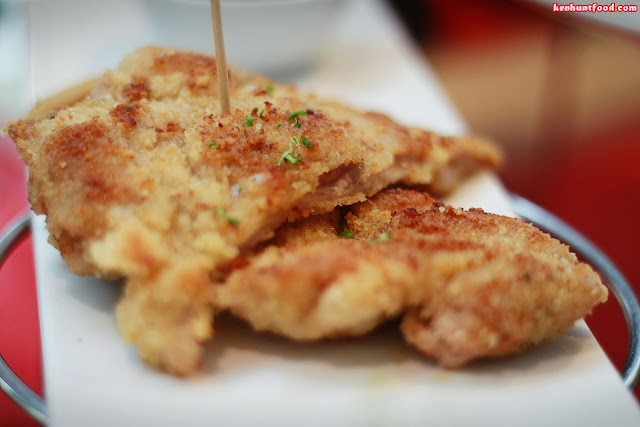 One can easily find any Chicken Schnitzel at any German eateries and it makes no exception at Swez Brasserie. Their Rahm-Schnitzel/ Chicken Cutlet (德式鸡扒) was served with their home-made sauce which consists of Onions, Turkey Bacon as well as Chicken Broth. I adore the sauce being flavorsome but I did not quite enjoy the Chicken as it was slightly too dry and lack of texture in my opinion. Probably it took them too long to serve to us. Not a huge fan of this dish anyway. 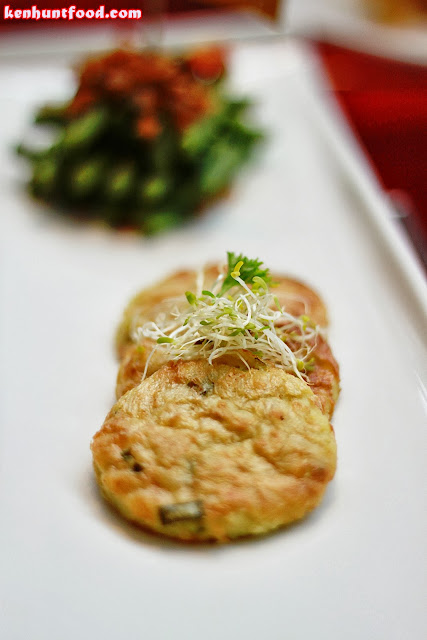 Intrigued by its appearance, we were told by Chef that these are their Kartoffelpuffer/ Potato Pancake (马铃薯煎饼) where shredded Potatoes will be mixed with their batter. The shaped Pancake will then be baked and pan fried to ensure they possess the right texture. The Pancakes were good but even better if they were to be able to mix with some shredded Cheese. I see no surprises in this dish. 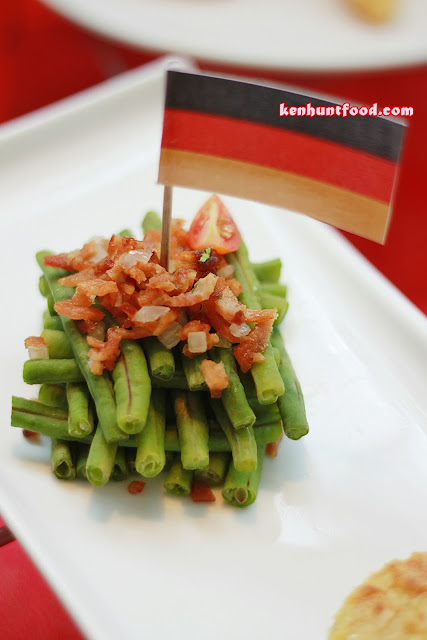 Deutsch Stil Grüne Bohnen/ German Style Green Beans (德式青豆) was a lackluster dish, the Beans were being sauteed with Onions and Turkey Beans but to my dismal, I thought the Beans were over-cooked and the dish was slightly too oily to my liking. I have no complaints for the taste anyway. 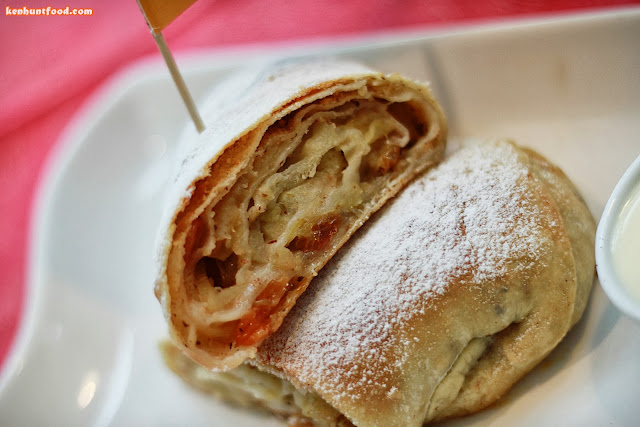 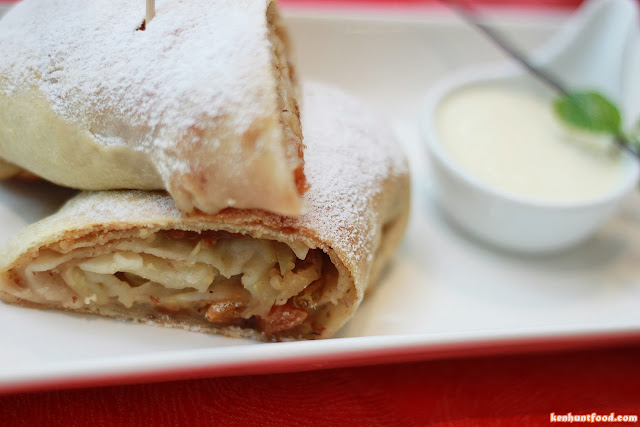 Hitting the top notch was their dessert- Bavarian Apple Strudel (巴伐利亚苹果馅饼), served with Vanilla sauce. This dessert seems to resonate among the guests, their Vanilla sauce was well-executed with the perfect sweetness and possesses strong flavor of Vanilla. As told by Chef, Vanilla Seeds were added instead of Essence which explains why the sauce was so delectable. A slipshod for this dessert was the texture of the pastry skin, it was too rough. We had a hard time in separating the dessert. Nevertheless, the stuffing was great and the flavors as well as sweetness were adequately balanced. A perfect dessert to end the meal. 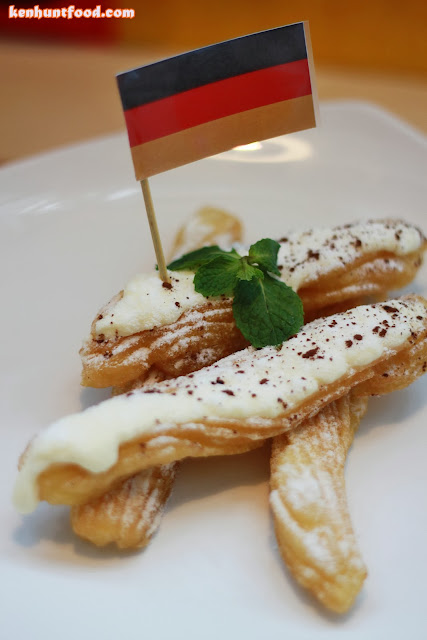 Beignet/ German Deep-Fried Choux Pastry (德式香脆果子馅饼) is somewhat similar to Spanish Churros, and Mascarpone Cheese will be stuffed inside the Beignet. However, to my dismal, the Beignet was no longer crispy and I thought this dessert was just mediocre. 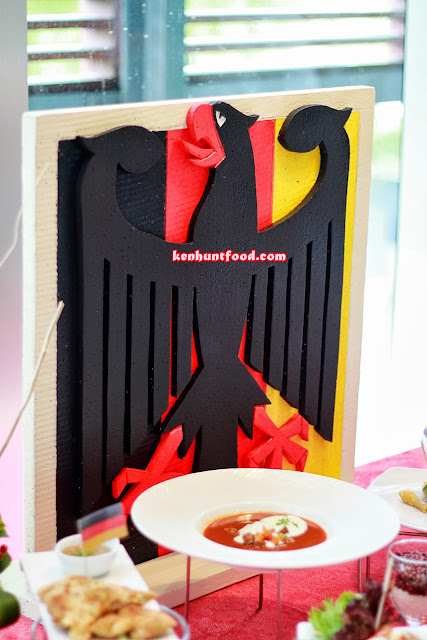 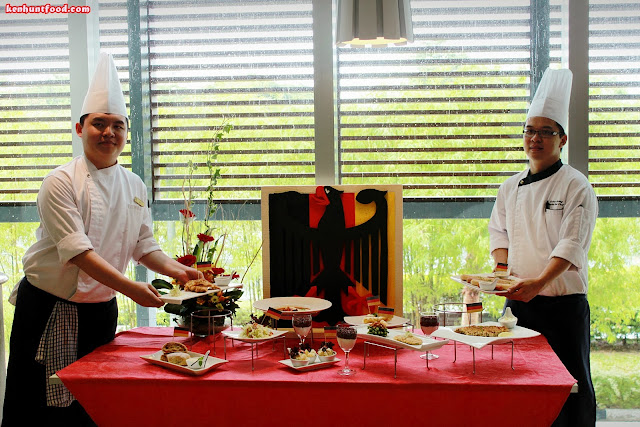