Just as the name- "Sweet Forest" suggested, the place serves pastry cakes and sandwich, as well as their newly launched menu which includes a series of pasta. Since I'm a follower on their Facebook Page, I've found out that they do serve some interesting and attractive pasta meals, not a big fan of cakes nor desserts, did not bother to try. Anyway, Sweet Forest is located at I-Avenue (Bukit Jambul), where the restaurant is just right beside to JPJ branch at I-Avenue. The restaurant is rather small and can be really congested if full, I was there rather late (peak hour- around 1pm), what I've found was the place was full, there was only one table left. Seated and the waitress provided us with the menu, had a quick glance and had our orders placed. A few minutes later, she came back and warn us told us that we had to wait for at least half an hour. We had no options left but to compromise... it turns out that they need exactly 45 minutes to serve us our spaghetti, the reason told to us was that, they need to "clear" the orders for Living Social vouchers. Not that I was interested in your own issues but you should have at least expected the customer flow since they should have placed their reservations earlier ago... what a disappointment. Price-wise, I'd say the dishes are reasonably priced but there are serious problems with their service..... 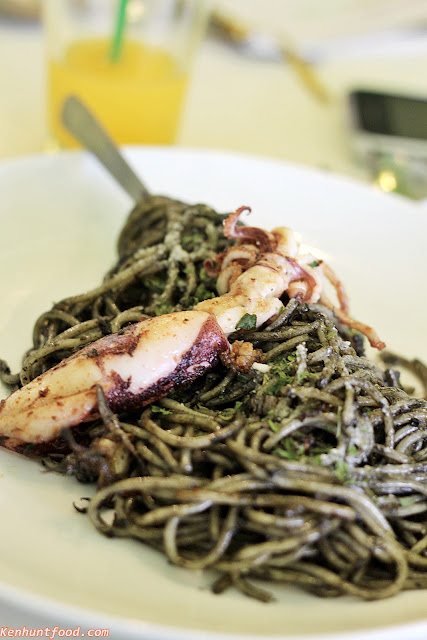 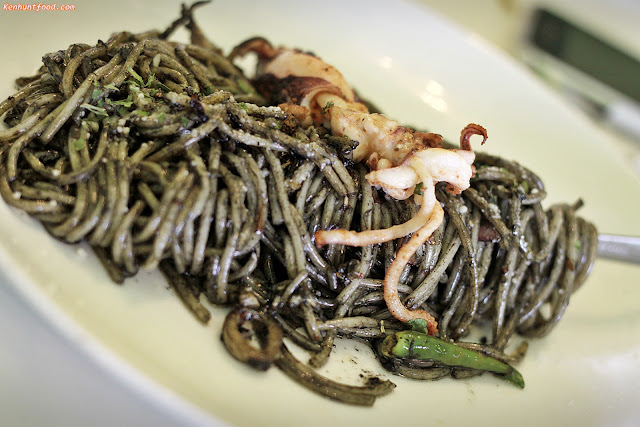 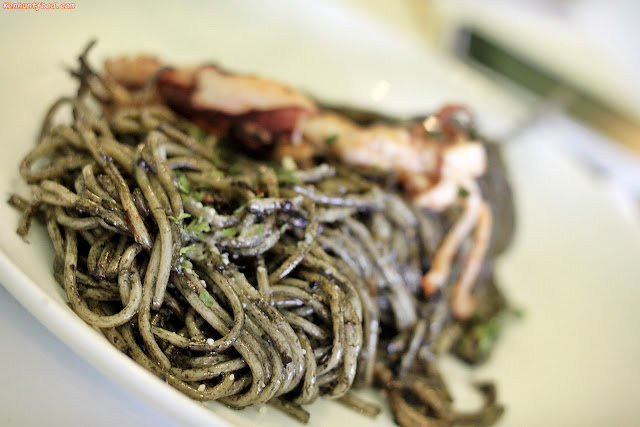 For every main course ordered, you may opt for their add-on simply by topping up Rm 3.90 to get yourself a bowl of Soup of the day and a glass of Fruit juice (Choose from Mango, Orange and Apple). I had this Squid Ink Spaghetti (Rm 17.90) which comes in an "okay" portion, I'd say that was good enough for me but big eaters might find the portion a bit small. Stir fried with some Garlic and Blended Green Chilies, the Spaghetti was then topped with some Cheese powder as well as a Deep-Fried Squid. I wasn't in a good mood since I had to wait for so long before my food was served, the Spaghetti surprised me with its delectable flavors. First, the Spaghetti was cooked perfectly to my liking, al-dente; next was the seasoning itself, the overall dish was reasonably seasoned to my liking as well (with some mild spiciness from the Chilies and the overall dish was Garlicky)! However, the Squid was slightly over-cooked but that was acceptable, the only thing that I dislike most was the oiliness. The whole dish was too oily and I've found some oil leaking from the Squid itself too. 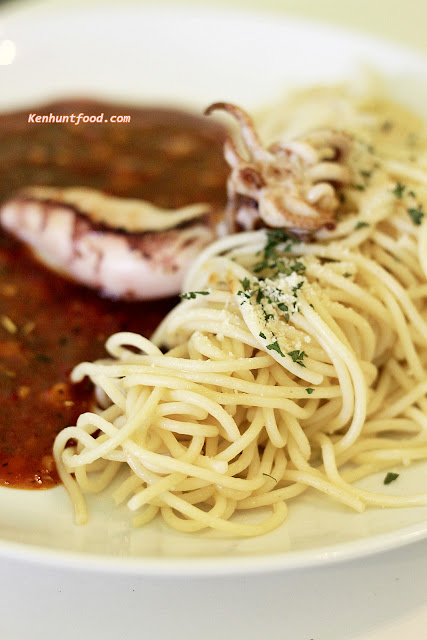 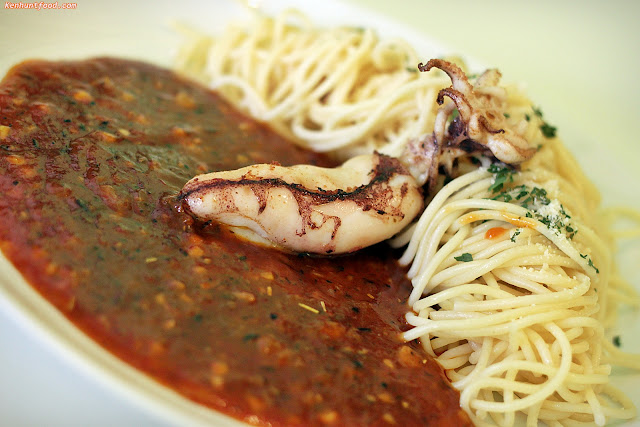 My friend opted for their Spaghetti with Barbecue Sauce (Rm 14.90). Again, it was good. The sauce has a very heavy Garlicky flavor, with a mild aroma from some dried Herbs. It has a good blend of Chilies and Bolognese Sauce too, I was expecting the sauce to be sweet (Barbecue sauce is very sweet) but the sauce turned out to be just nice in my opinion. However, the sauce was too spicy for both me and my friend but spicy lovers might find this fiery hot sauce lovely. Their Spaghetti dishes were good, I would definitely come back for more if it wasn't because of their service and now I would have to think twice..... hmm........ 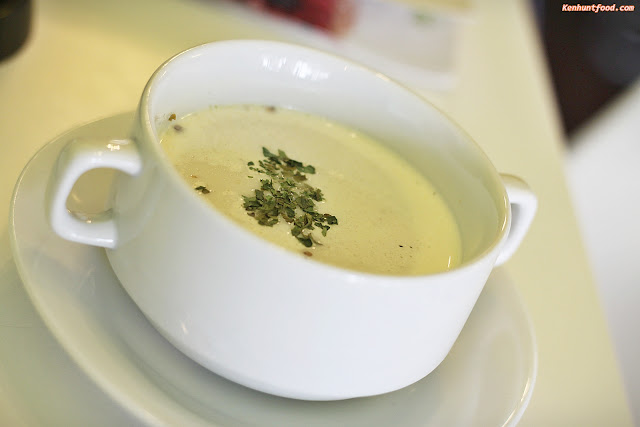 The "Soup of the day" which comes with the set, the Soup tasted bland, it was rather diluted and possesses the similar taste from "Campbell" canned mushroom soup. 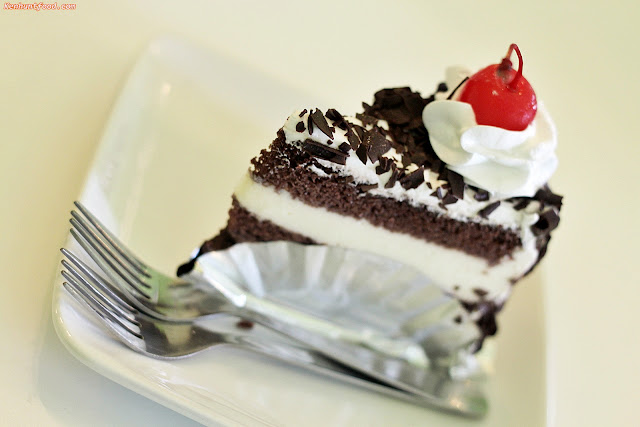 My friend was craving for some cakes, he opted for their Black Forest Cake which costs Rm 7.90 per slice. The cake tasted normal according to him and there weren't too much of berries found in the cake, just mere cream and sponge cake. 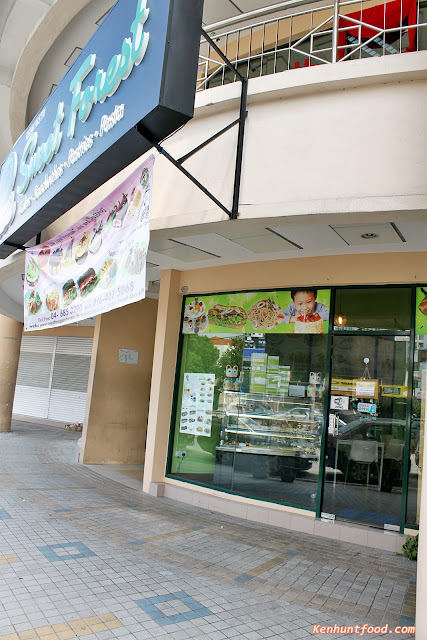 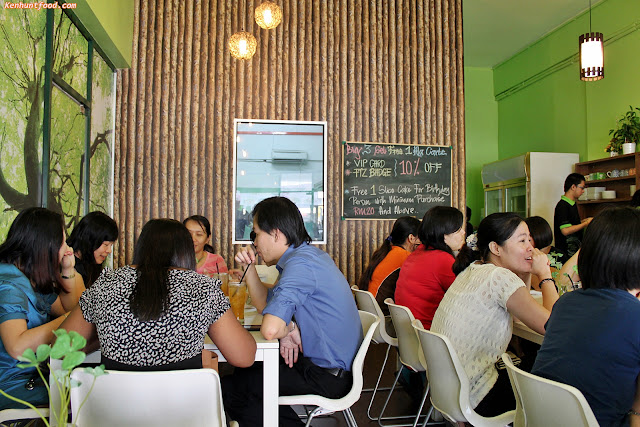 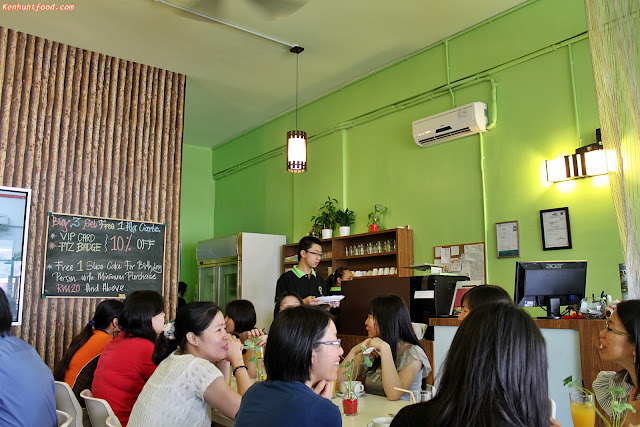 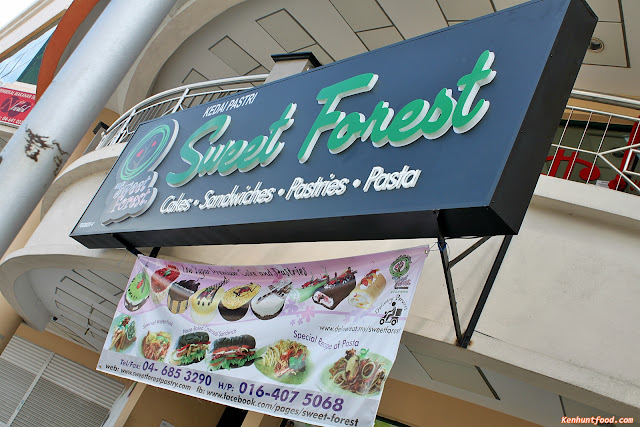