Organized by the Royal Norwegian Embassy (based in Kuala Lumpur), the Norway and Norwegian Consumer Goods Exhibition aims to let the public see the best of Norway via some of the best shots by Norwegian photographers, together with some exhibitors like Tine Norway, Trapia Sdn. Bhd., Jordan and Jotun displaying a range of products that originate from Norway or from Norwegian expertise. I was one of the lucky bloggers whom being invited to this event last evening (Thurs, 1st of November, 2012) at Ground floor of Gurney Plaza, right in front of Top Man/ Top Shop. If you have missed it, worry not, the exhibition lasts until this Sunday (4th of November, 2012). Below are/were some of the highlights of the night and the exhibition: 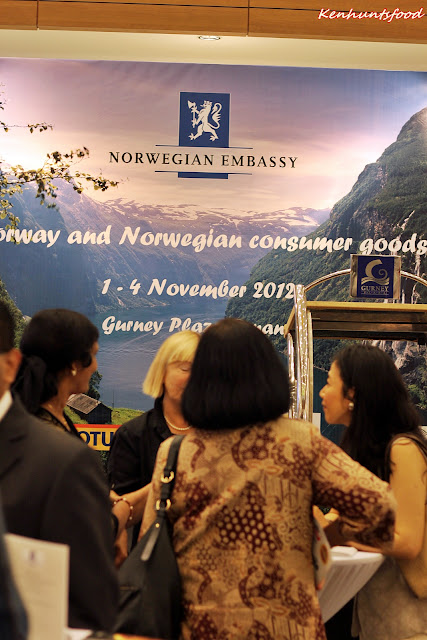 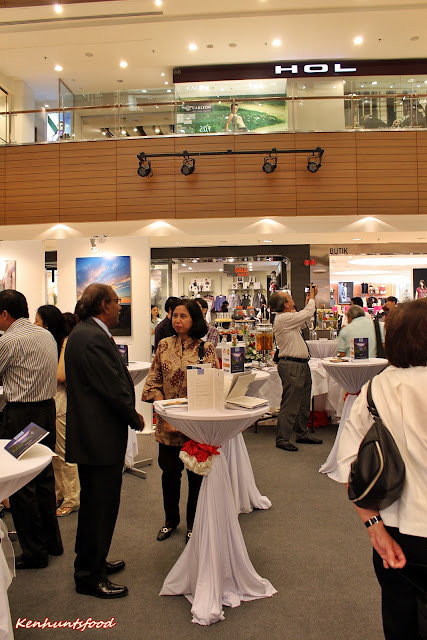 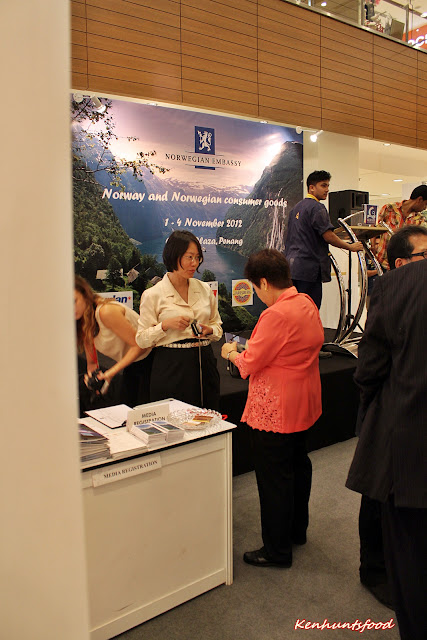 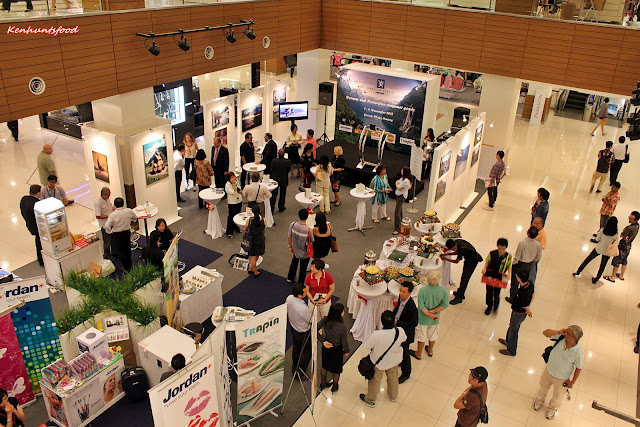 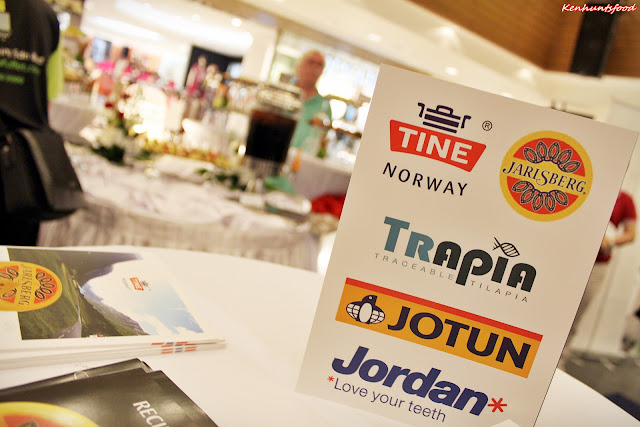 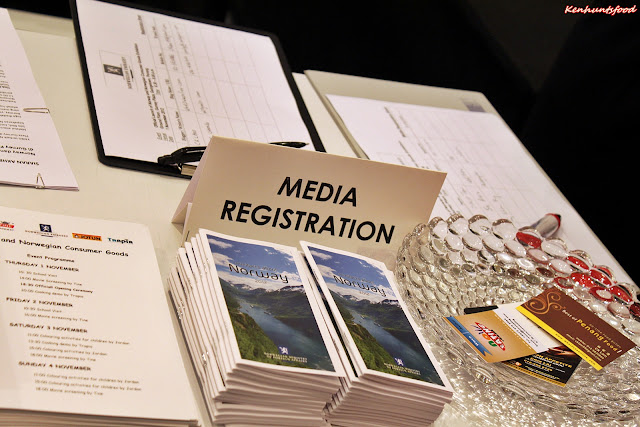 The setup for last evening's event, we were required to register at the Media Registration counter. The simple yet sophisticated setting has attracted me, particularly with the tables and special kiosks for the exhibitors. 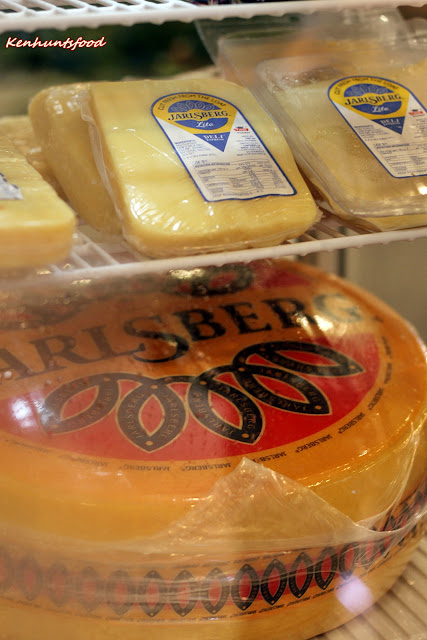 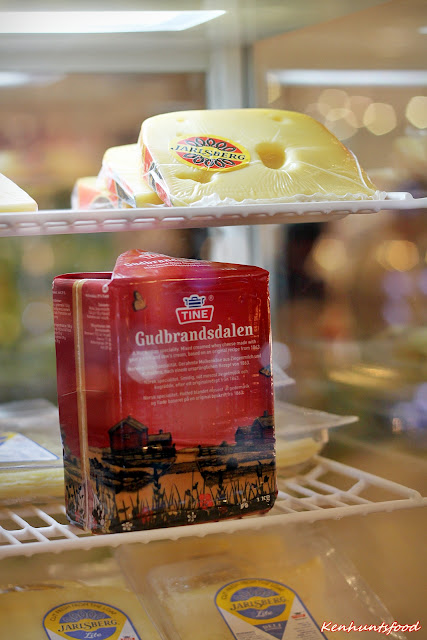 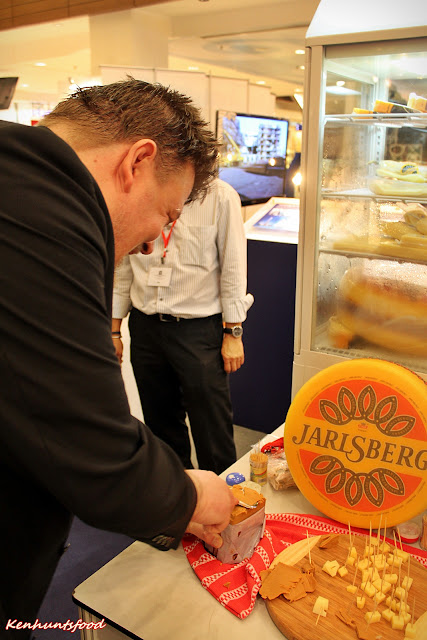 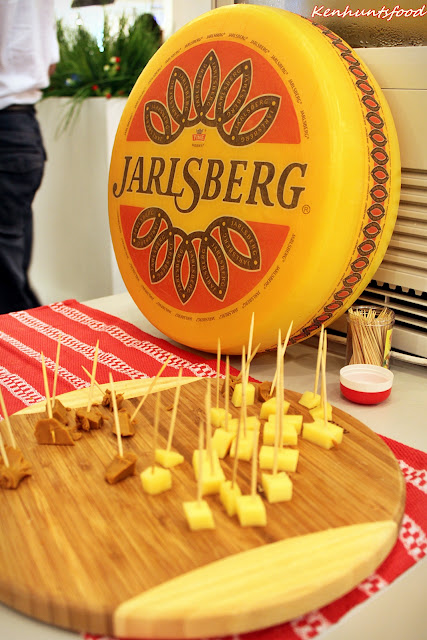 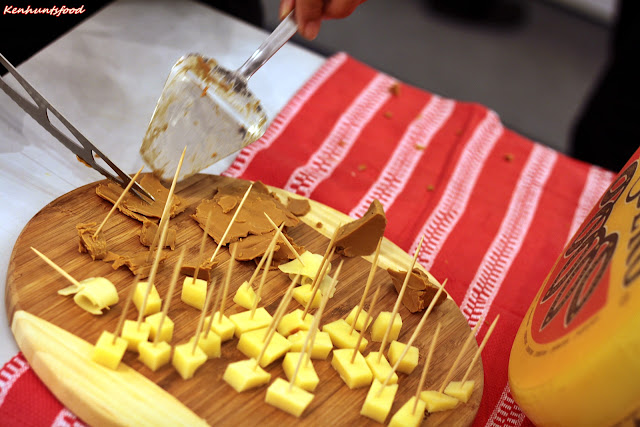 There was a small kiosk displaying the famous Jarlsberg cheeses by Tine Norway. Jarlsberg is one of the best selling brands (for cheeses) in USA, Europe and even Australia. We were lucky enough to sample some of the cheese and one of the most unique one was none other than Gudbrandsdalen. Gudbrandsdalen is said to be the national cheese of Norway. One of the photos above shows the cutting of the cheese using a special tool (the cheese slicer) invented by Norwegian- ostehøvel, which is used to create a thin slices which are often used on bread, crisp bread and waffles. This caramelized cheese has a hint of sweetness and a very unique flavor of goat's milk, but without losing the saltiness from the usual cheese. It wasn't something that you can find easily. To find out more, head to www.jarlsberg.com.

A little background about Tine Norway:

Tine Norway has been exporting the famed Jarlsberg cheeses since 1961. The original Jarlsberg is based on a secret Norwegian recipe from 1956. The combination of the traditional cheese making and modern technology gives the cheese its thrilling taste and mysterious holes.

Some of its products include:

Jarlsberg Original Wheel- A medium fat semi-firm ripened cheese which has a mild nutty flavor and the cheese has some naturally formed holes.

Jarlsberg Special Reserve Wheel- Matured for a minimum of 12 months. 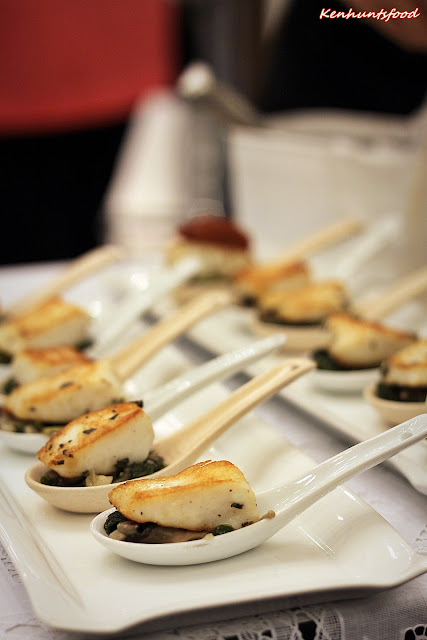 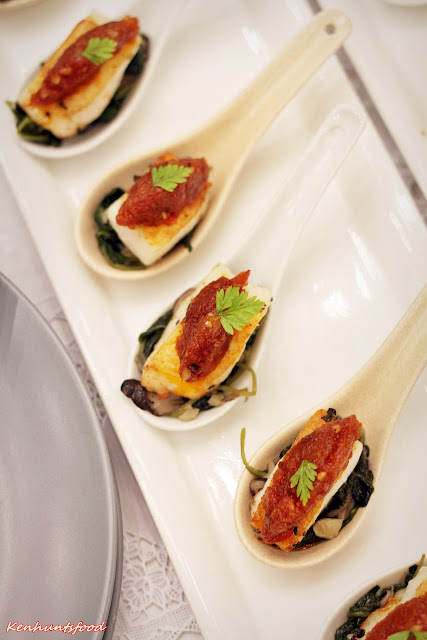 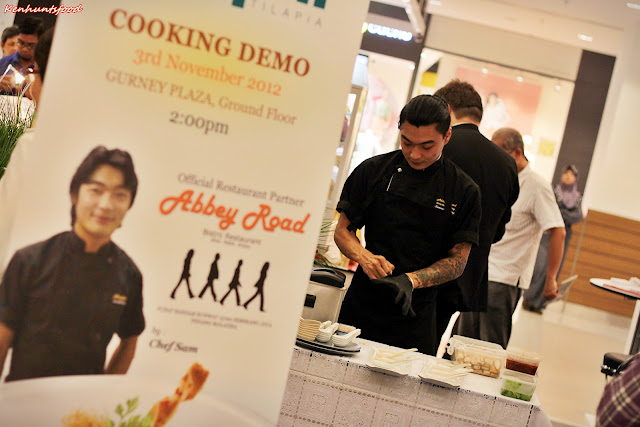 Move on to Trapia Malaysia Sdn. Bhd. is a company based in Parit Buntar, Perak, where its eco-friendly fish farming operations are located in the pristine rain forest-fed of Lake Temenggor. Trapia produces a special strain of GenoMar Supreme Tilapia (非洲鱼/金凤鱼) which said to be the best quality of Tilapia brood stock in aquaculture. Trapia strives to produce safe, sustainable, high quality and healthy product that exceeds global aquaculture standards. For more information, visit www.trapia.com.my. There was a cooking demonstration on the Tilapia fish as well. 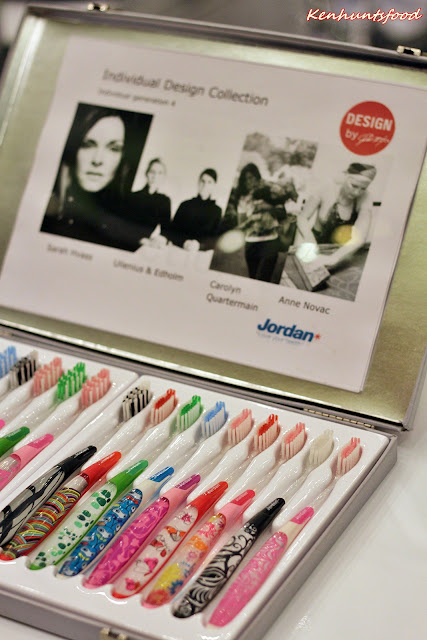 I am pretty sure that most of you should be familiar or at least heard of this brand- Jordan. Jordan is one of the world's leading companies in preventive oral care and producing quality toothbrushes, dental floss, as well as dental sticks. Guests of the night were asked to "like" Jordan's Facebook Page on the spot in order to receive a free token from them- a creatively designed toothbrush.

Some backgrounds of the company:

Established since 1837 in Norway, Jordan has its headquarters in Oslo and began by supplying toothrbrushes to UK, Denmark, Sweeden and even Finland. It has won several awards for product excellence over the years. Besides oral hygiene products, Jordan is also known for painting tools and household cleaning products. Do follow Jordan Asia Pacific's Facebook Page to get some free tips and advice on oral hygiene. 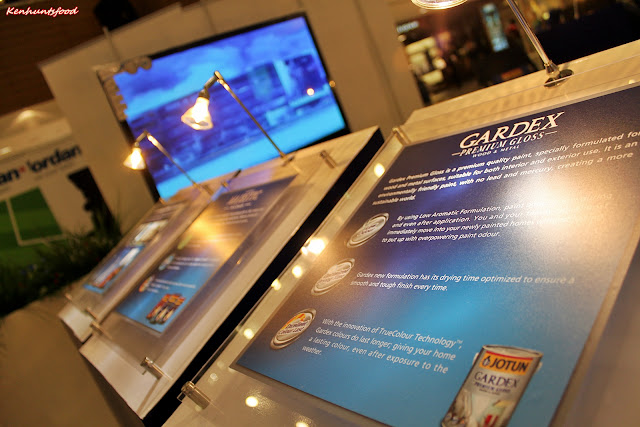 The next exhibitor is Jotun where visitors can to learn more about the history and background of the company. Just a quick summary:

Jotun is one of the world's leading manufacturers of paints, coating and powder coatings. It began in 1926 as a local paint factory in Sandefjord, Norway. Jotun's paints can be seen everywhere, even the famous Burj Khalifa and the Burj Al-Arab Hotel in Dubai, Eiffel Tower and the Queen Mary 2, one of the world's largest luxury liner. It pioneered the Multicolor Tinting System in 1976, putting more than 10,000 colors creations of almost any hue at your fingertips, and dispenses the chosen paint color in less than three minutes.

Jotun's Majestic Ecohealth range of interior premium paints that is free from toxic chemicals, New Woodshield, a wood stain and varnish with the widest range of tint-able colors in market, and New Jotashield with AntiFade Colors are among the paints aht will be displayed at the exhibition. 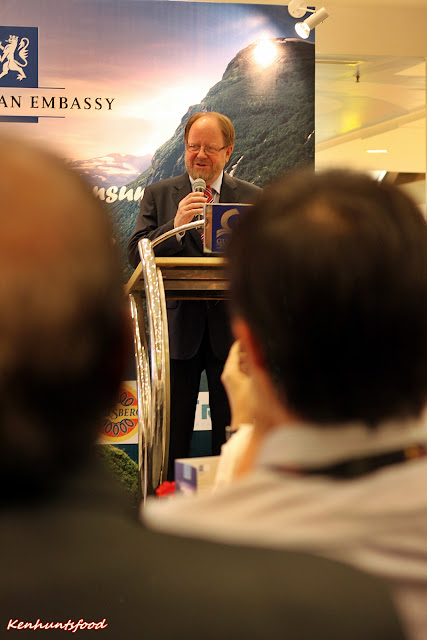 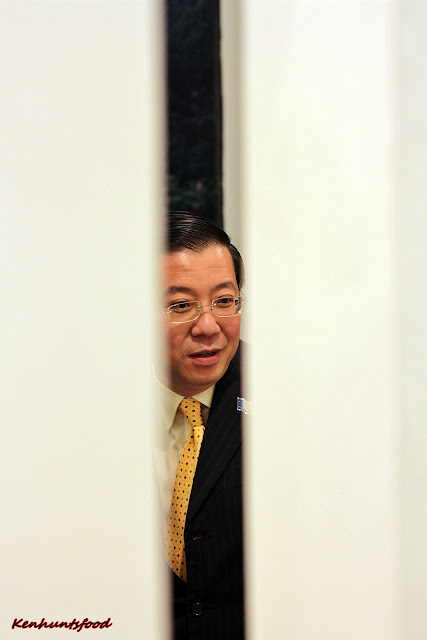 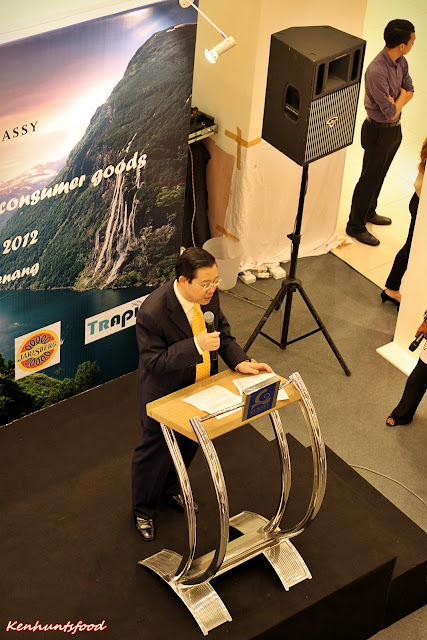 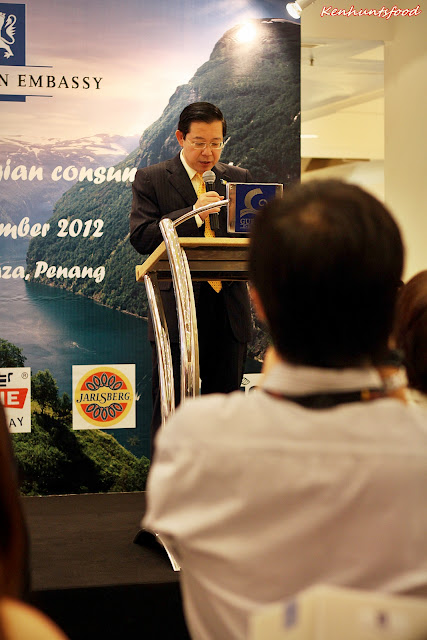 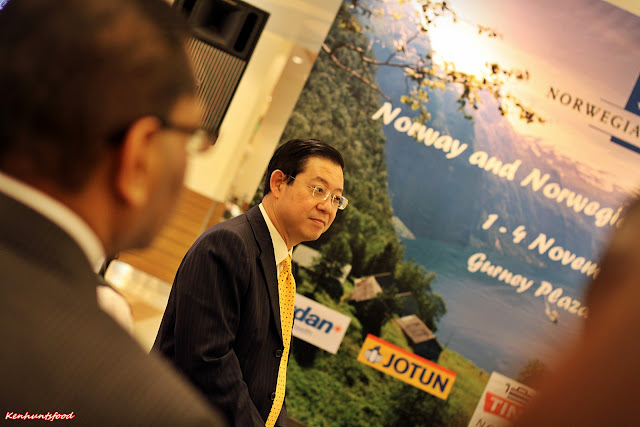 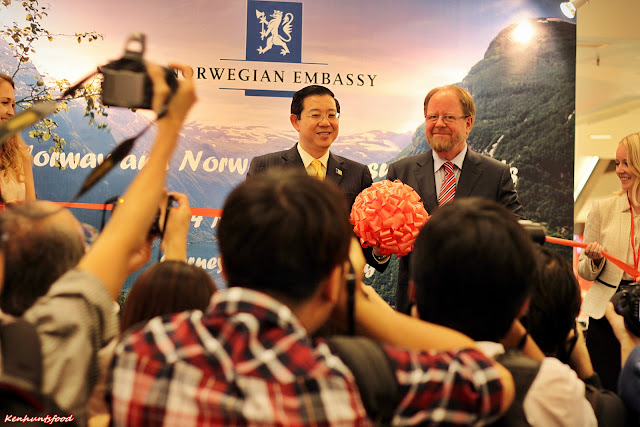 A loud applause from the floor was heard for the arrival of Penang's Chief Minister- Yang Amat Berhormat Tuan Lim Guan Eng. A short speech was then delivered by him and the ambassador of Norway- H.E. Hans Ola Urstad. 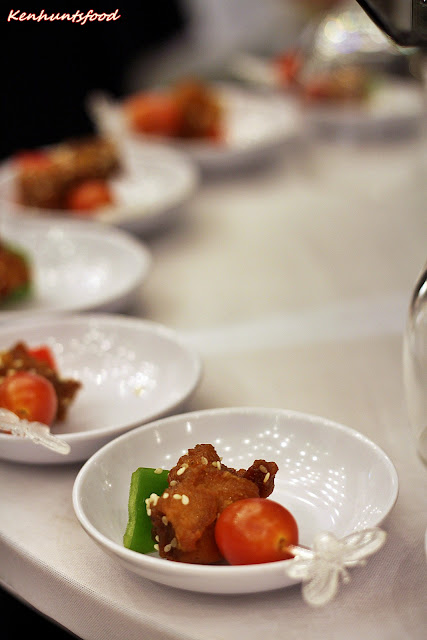 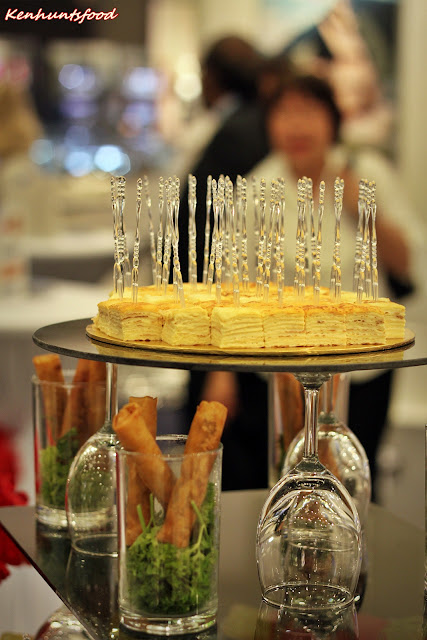 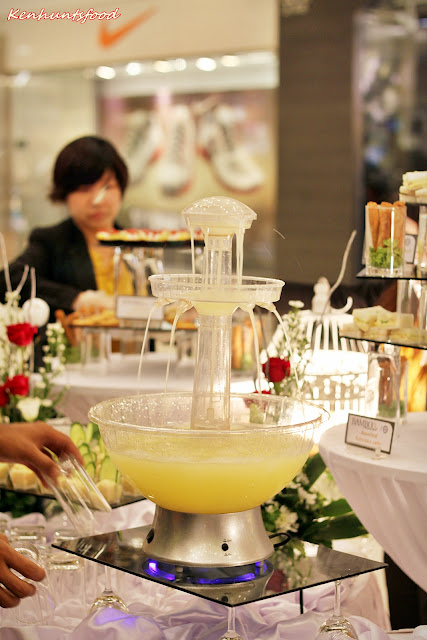 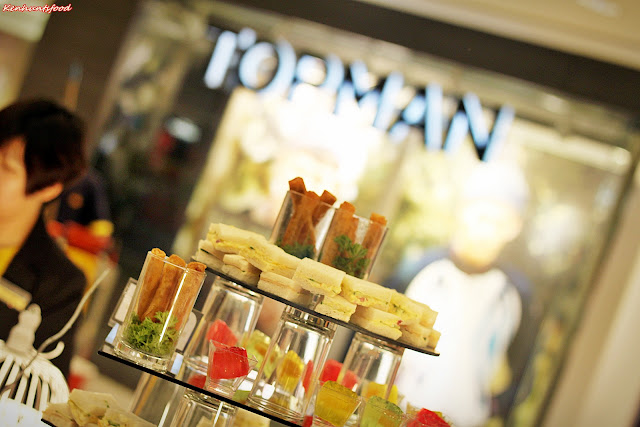 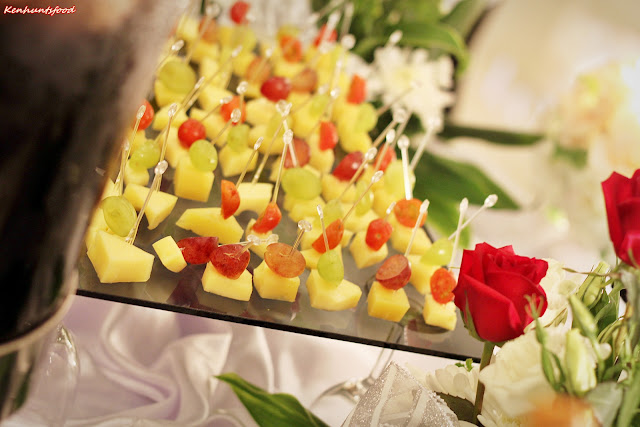 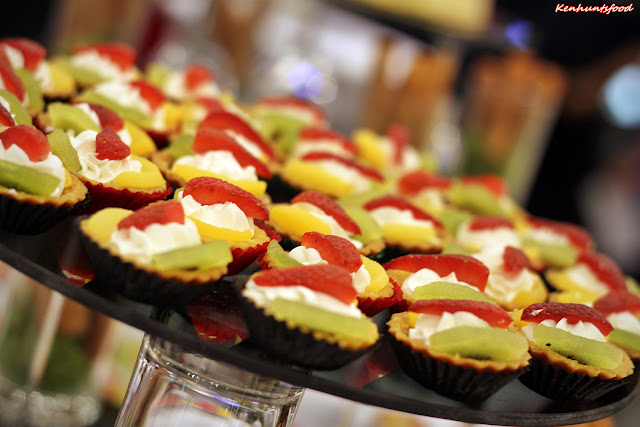 The media was then invited to some finger food and snacks such as Mille Crepe, Fruit Tarts, Sandwich, Spring Rolls, Sweet N Sour Chicken etc....

Please do note that the exhibition lasts until this Sunday, 4th of November, 2012. You may also take a look at the beautifully photographed landscape found in Norway.
Labels: event, gurney plaza