I am always skeptical to try on Dim Sum at Hotels due to their prices are always on the steeper side, but coincidentally, I had the chance to visit Zhonghua Gourmet, which is one of the restaurants inside Cititel Hotel, Penang, at Penang Road (from the main entrance of Cititel Hotel, walk until the very end of Ground Floor, and you will find Zhonghua Gourmet there). Zhonghua Gourmet offers authentic and exquisite Chinese cuisines to its customers, you will find a lot of Dim Sum lovers there, especially during brunch hour (around 11am to 12pm), weekends. I had my visit at around 1pm and the restaurant was flooded with customers. Anyway, their Dim Sum were good no doubt (everything was served piping hot), but they were rather expensive too. Parking will be a bit troublesome as the parking rate is pretty expensive, try to find yourself a parking outside of the hotel. Service-wise, was pretty attentive and the ambiance was pretty good either, in short, my overall experience at Zhonghua Gourmet was rather good. 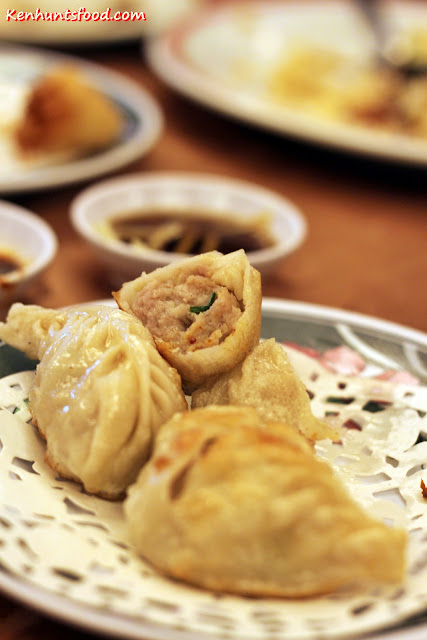 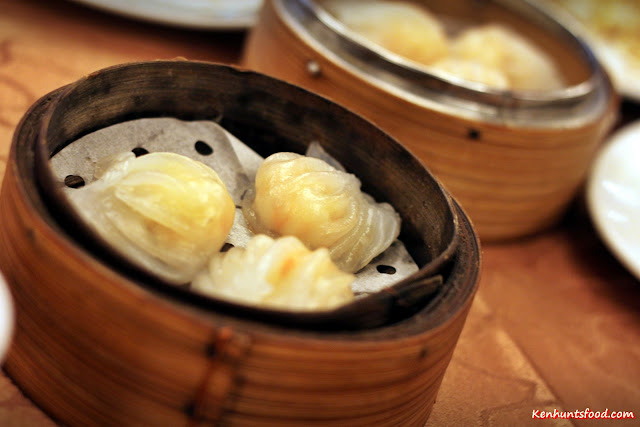 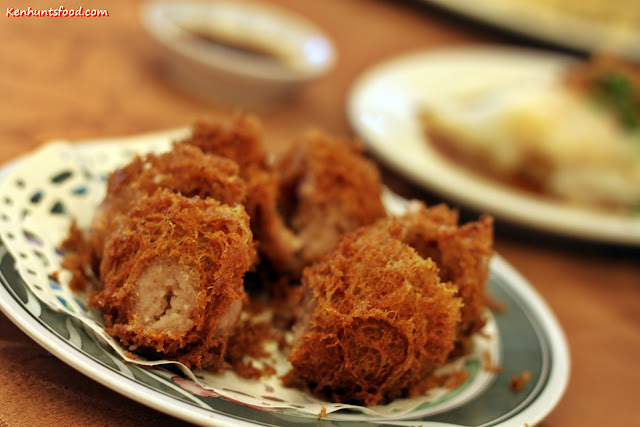 I find the above Dim Sum were normal and nothing worth to shout over, thus, I shall not elaborate much onto these, the only best thing was all of the ingredients used were pretty fresh, especially their prawns. From the upper picture, Shanghai Meat Dumplings (上海煎锅贴, Rm 5.50), Fresh Shrimp Dumplings (晶莹鲜虾饺, Rm 6.50) and Taro With Meat Dumplings (蜂巢荔芋角, Rm 5.50). 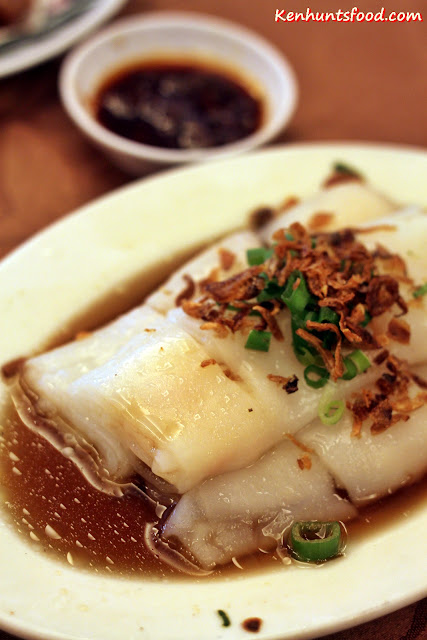 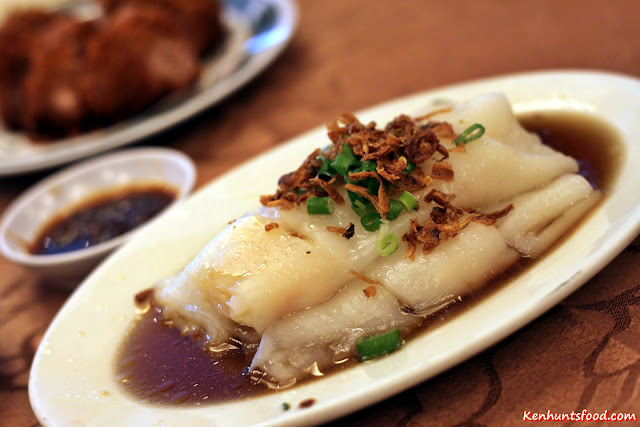 We also had their Chang Fun with Shrimps (鲜虾滑肠粉, Rm 6.50) which comes in a pretty big portion, it comes with some Hong Kong X.O. sauce as well. The Soy Sauce used did complement well with the Chang Fun too. Shrimps were very fresh indeed, but the layering was too thick to my liking. I would prefer the Chang Fun to be slightly thinner and smoother. 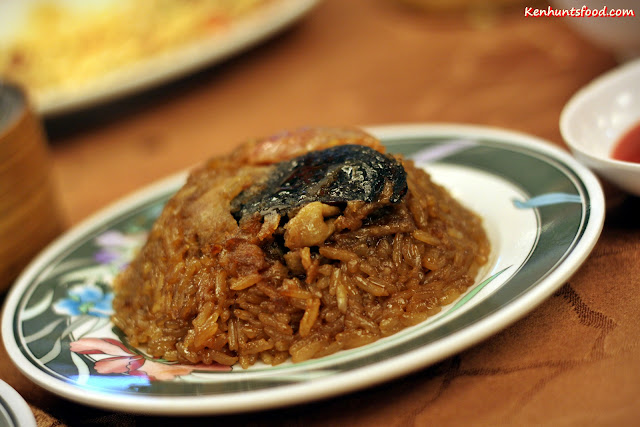 Chicken Glutinous Rice (糯米鸡, Rm 6.50) was decent. It has some Chicken meat, Dried Shitake Mushrooms and Chinese sausages. It was served to us piping hot, the glutinous rice remained firm and chewy to my liking. 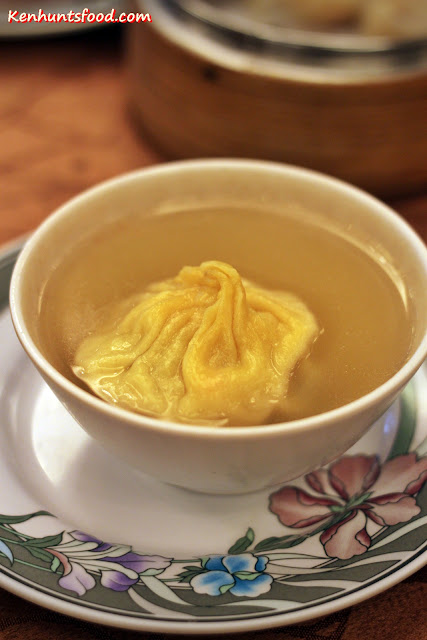 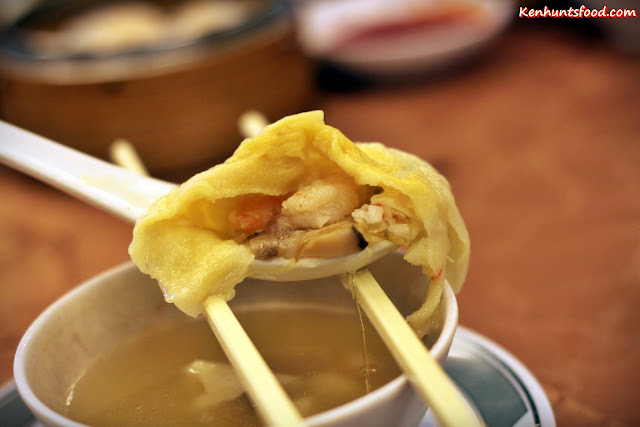 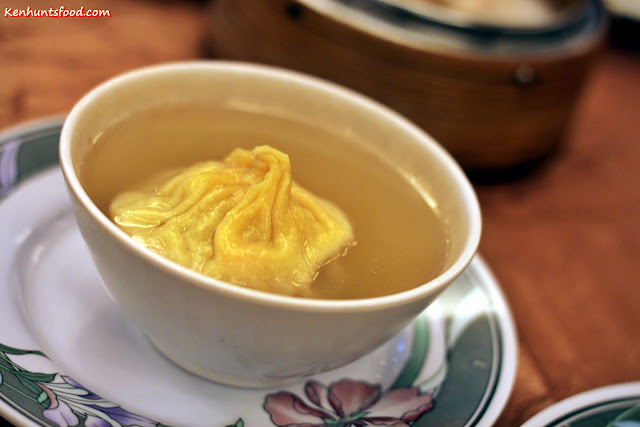 Chicken Broth Dumpling (上汤灌汤饺, Rm 6.50) was one of my favorites of the day. The aroma from the chicken broth was pretty strong and the chicken broth was reasonably flavored in my opinion. It complemented well with the dumpling. Extra marks given to the chicken broth for not being too oily and over-flavored. The dumpling has some sliced mushrooms, scallops, and prawns as stuffing. It would be much better if they could have included more ingredients in the dumpling just to increase the bite. Nevertheless, it was still a very good Chicken Broth Dumpling. Recommended. 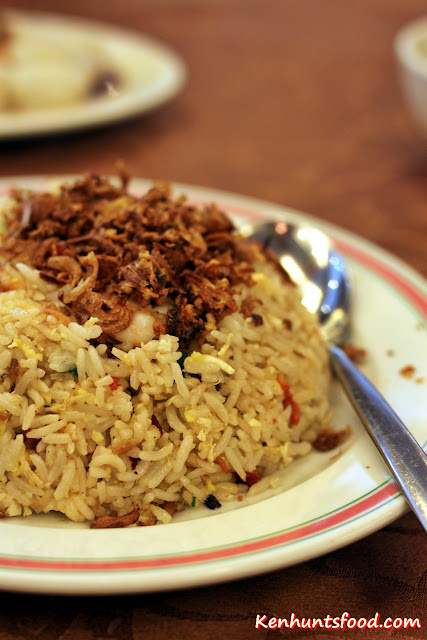 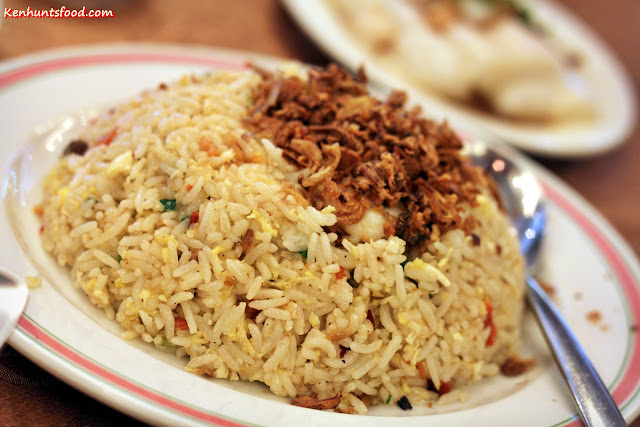 Yang Chow Fried Rice (扬州炒饭, Rm 12) comes in a rather big portion, it was topped with some deep fried shallots as well. The fried rice was very good in my opinion, particularly due to the texture of the rice, was well maintained. Every single bite into the rice was robust in the flavor of egg. As much as I adore the flavor ad aroma of the fried rice, I personally feel that the fried rice was in lacking of ingredients. It would be much better if they could have given more seafood. 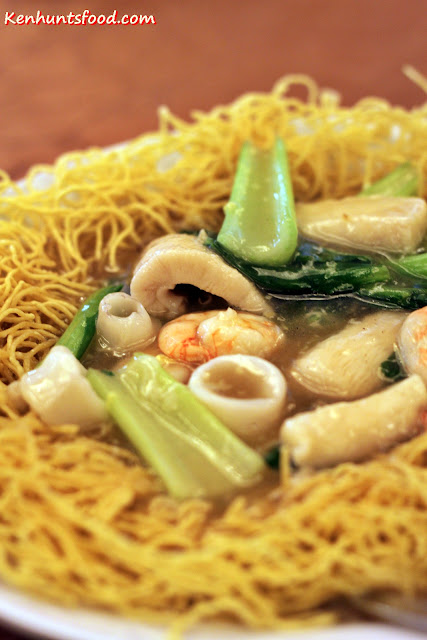 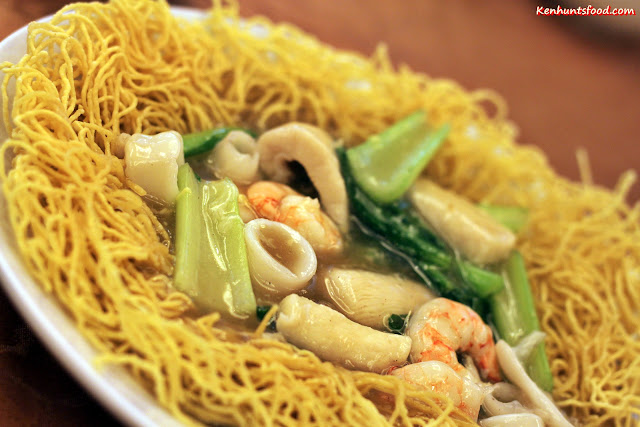 Fried Crispy Noodles with Seafood (海鲜煎生面, Rm 12) was another hit among us. The noodles were deep fried till perfection and topped with some of the seafood sauce. The portion sure served us well. Similarly to the Yang Chow Fried Rice, this noodles lacked of ingredients, there were only a few squids, shrimps and fish together with some vegetables given only. Other than that, it was pretty decent, especially the sauce. Flavorful enough to complement with the crispy noodles. 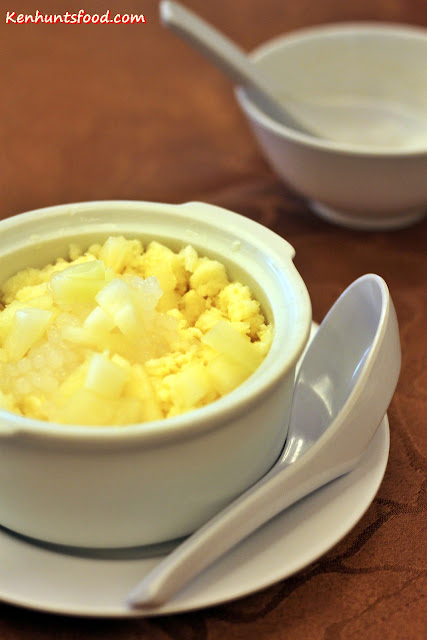 As for desserts, we had this Honeydew Sago (密瓜西米露, Rm 4.99). To my surprise, this Honeydew Sago was pretty dry when it was served to us. It lacked of the coconut milk but it was being replaced by a Vanilla flavored ice cream instead. It tasted okay in my opinion, but I would still prefer the original version (with coconut milk) instead. 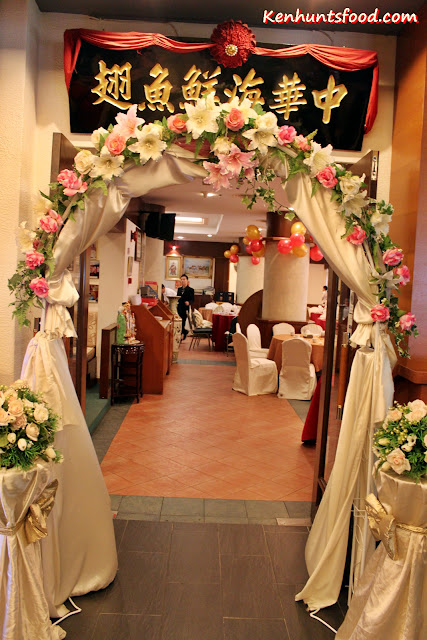 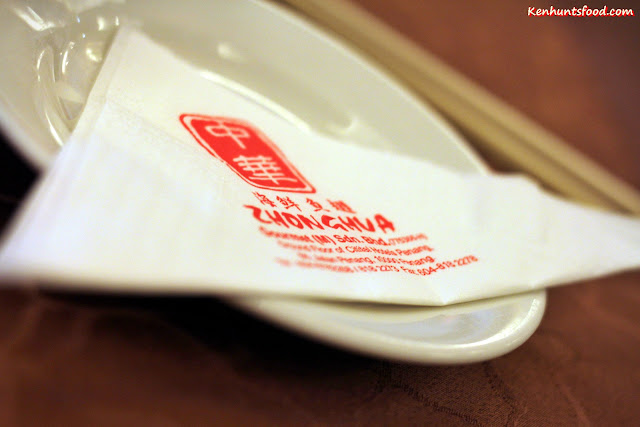