The long-awaited O' Briens, the Irish Sandwich Cafe has landed in Penang, which is also their 13th outlet in Malaysia and first in Penang. As the name suggested, O' Briens is a franchise-based cafe which originated from Ireland, they serve mainly some some healthy made-to-order sandwich none other than any outlets. We were told that all the breads in the store are sugar-free as well as their sandwiches will be prepared using the freshest and premium grade ingredients. In conjunction with their new opening at Queensbay (not inside the mall but opposite to Queensbay Mall instead, right beside Tutti Fruitti and opposite HSBC Bank), they are offering 5 types of sandwiches at a very affordable price of Rm10. Promotion valid from 29th June until 8th of July 2012 only. 30% off will be given for a limited time from 9th of July until 9th of August, so grab this chance to try this delicious and healthy sandwiches. Service was a bit slow that day due to its promotion and service crew were not too familiar with the system. As for the price, tho it will be slightly pricier if without the promotion, but I am still recommending one to try them out due to their superior food quality.


Five types of Sandwiches under the promotion were: 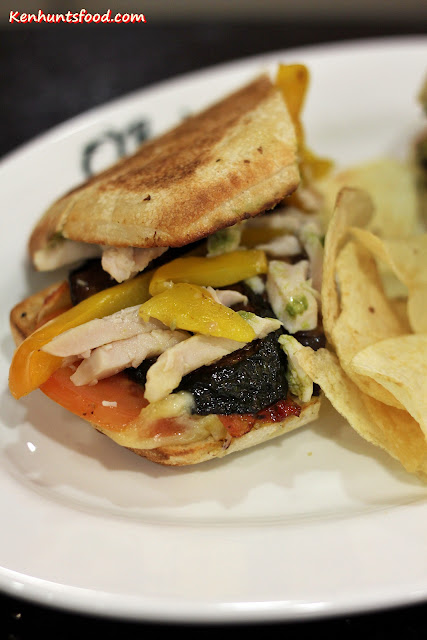 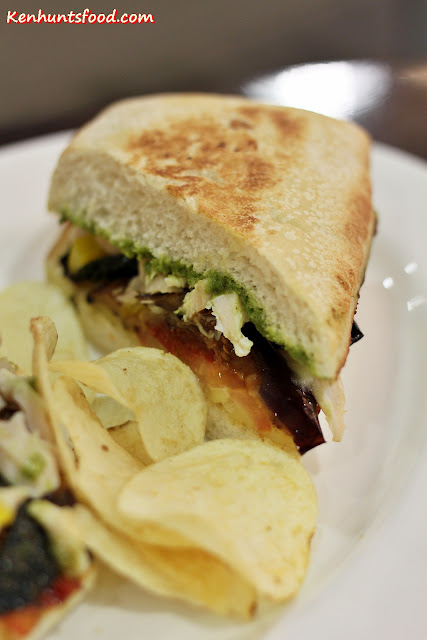 Every single order of their sandwich comes with some chips. We first had their Sundried Tomato on Hot Ciabatta (additional chicken slices added- Rm 3.50), which tasted superb to me, it has some pan fried Eggplant/ Aubergine, fresh capsicum, tomatoes, sundried tomatoes and some chicken slices added, the Ciabatta bread was first toasted and spread with some Basil Pesto too. It was very refreshing and the unique aroma from the Eggplant and Basil Pesto blended so well together, along with some chewy chicken slices and sweet capsicum. Everything was dancing in my mouth. Highly Recommended. 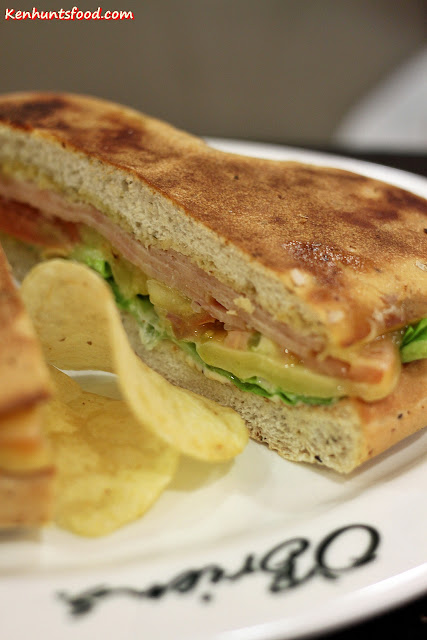 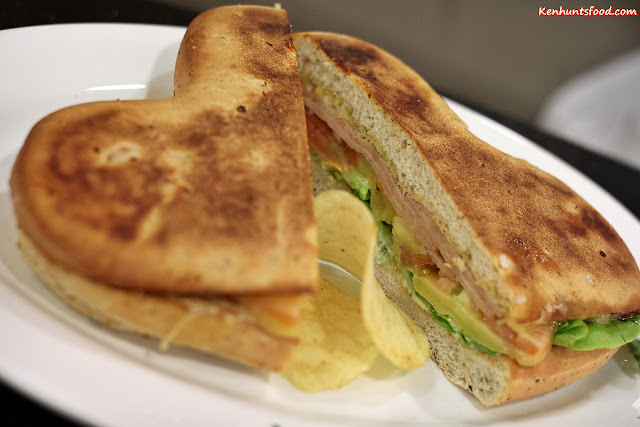 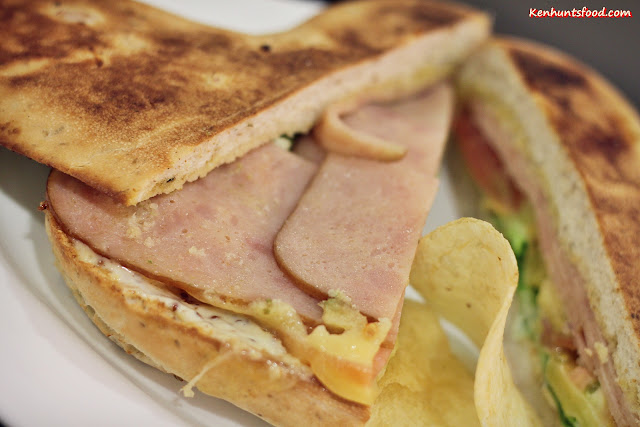 Next was their gigantic portion of Chicken Slice and Cheddar on Shambo. It has some fresh lettuce, smoky chicken ham (chicken slice), tomatoes and some quality Cheddar cheese melted within the bread, the bread had some Dijon Mustard spread first. No doubt the Cheddar cheese complemented well with the smoky chicken ham (a very decent combination) but the bread itself lacked of some moist, in other words, too dry to my liking. I have never tried Shambo before but I am pretty sure now that I'd prefer Ciabatta personally. 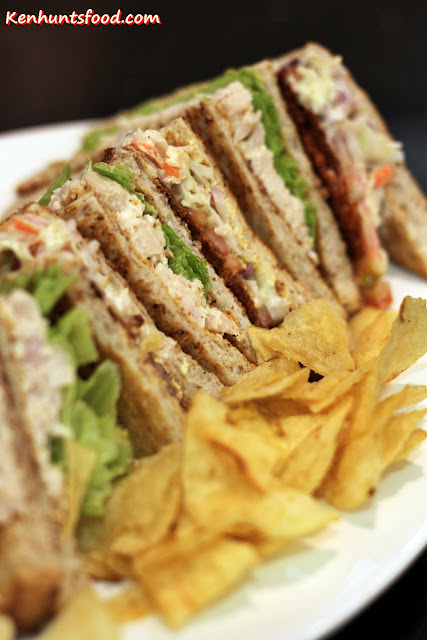 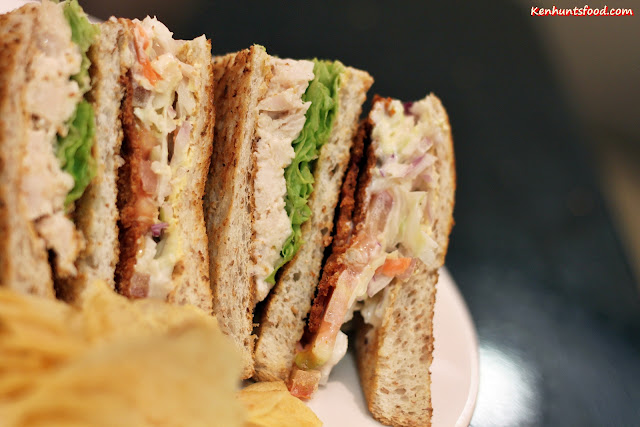 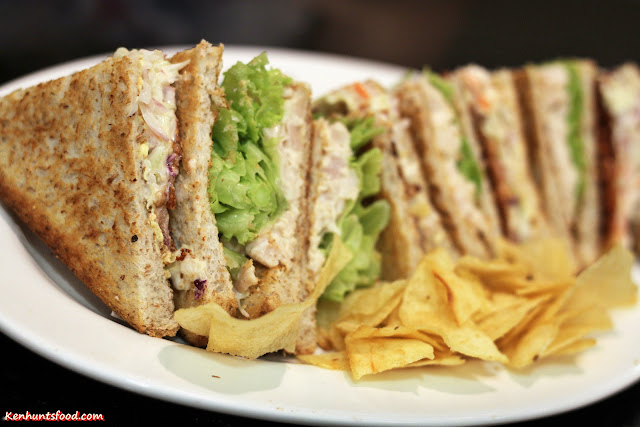 O' Briens Classic Tripledecker comes in a rather big portion too, as the name suggested, this sandwich is/was a three-layered sandwich which has some chicken slices, fresh lettuce, Chicken Crisp (crunchy and crisply done chicken ham, tasted like chips). Taste-wise, was normal (in a good way), probably my expectation was higher. I would have preferred the Sundried Tomato on Hot Ciabatta instead. 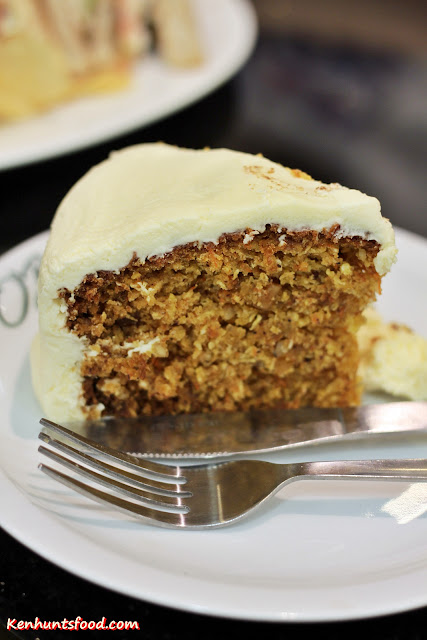 Carrot Cake with Cream Cheese (Rm 8.80) was okay, the cake itself was very delectable but the cream cheese was too sweet to my liking. It would be better if they could skim some of them away to make it a thinner layer of cream cheese. The cake itself was not sweet and rich with the flavor from the carrot, it has a hint of crunchiness too. 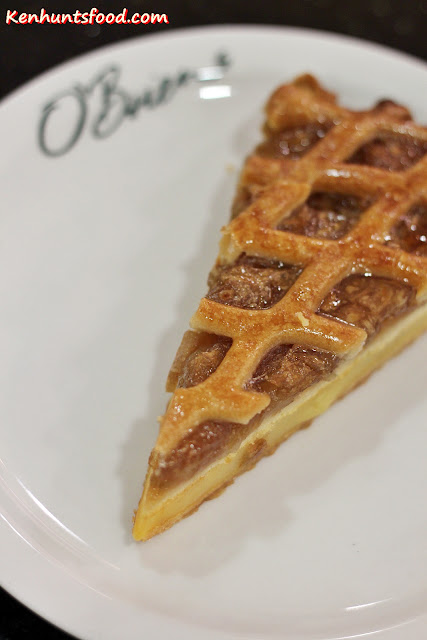 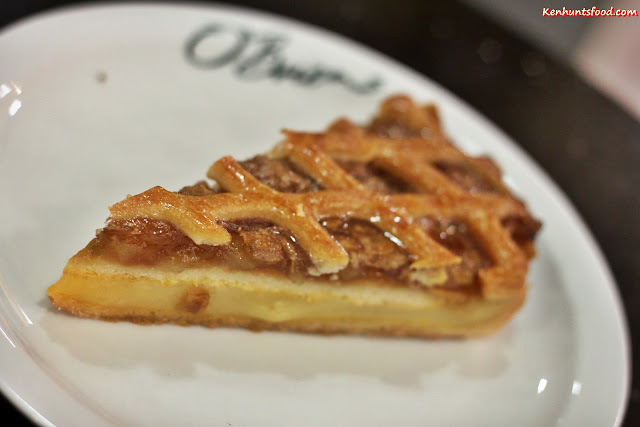 Their Apple Pie (Rm 7) could be one of the best Apple Pies I have ever tasted. The pastry was moist and tender to my liking, every single bite into the pie was robust with the flavor of apple (the flavor was very strong indeed), with a hint of the flavor of almond. This pie was not too sweet which makes it perfect for a person whom do not have sweet tooth like me. Recommended. 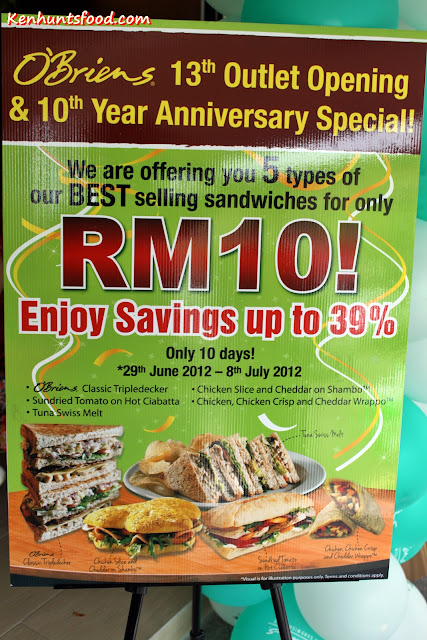 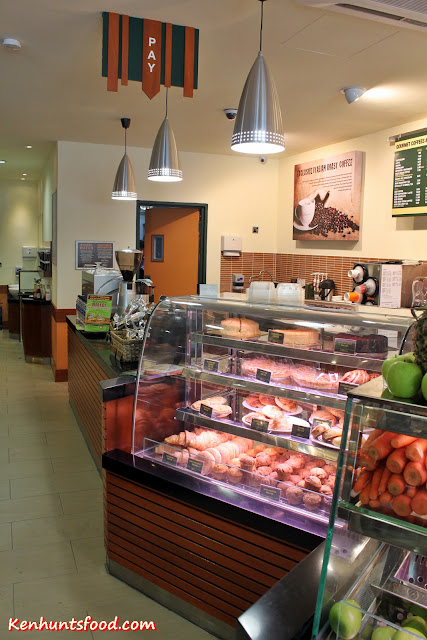 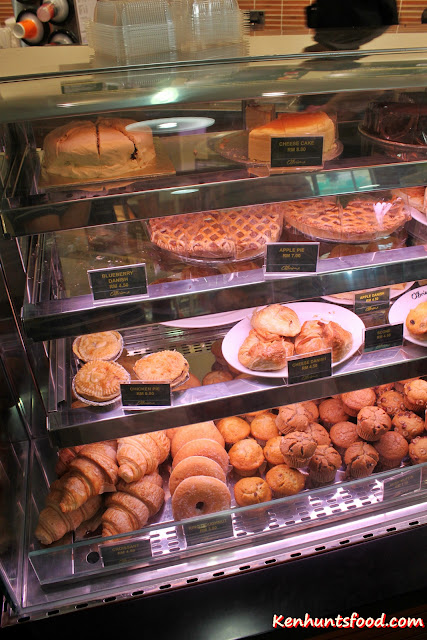 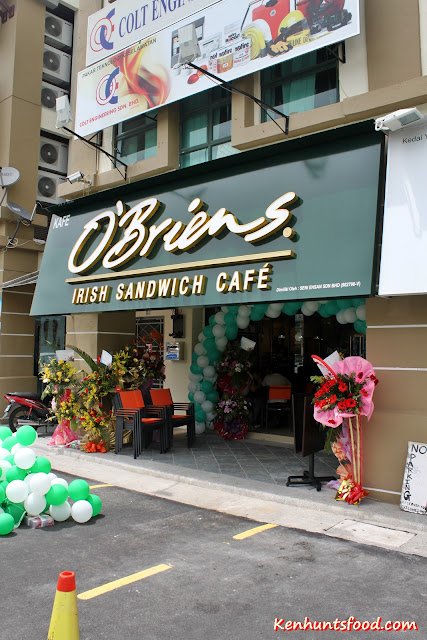 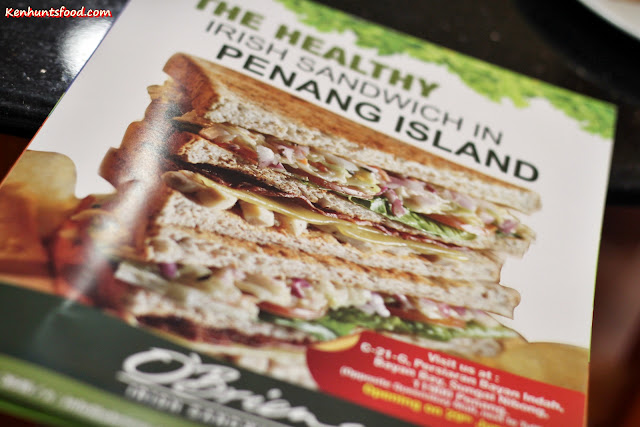 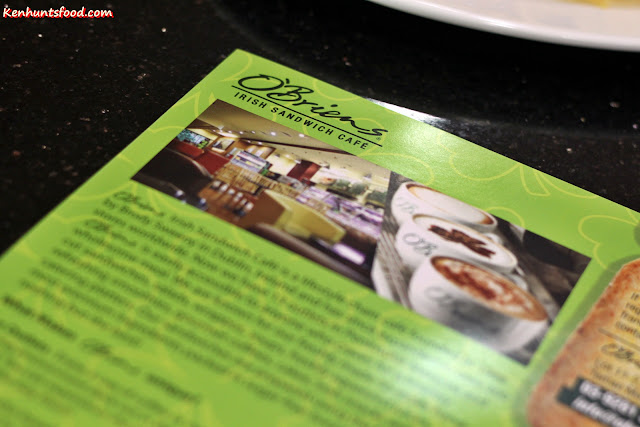 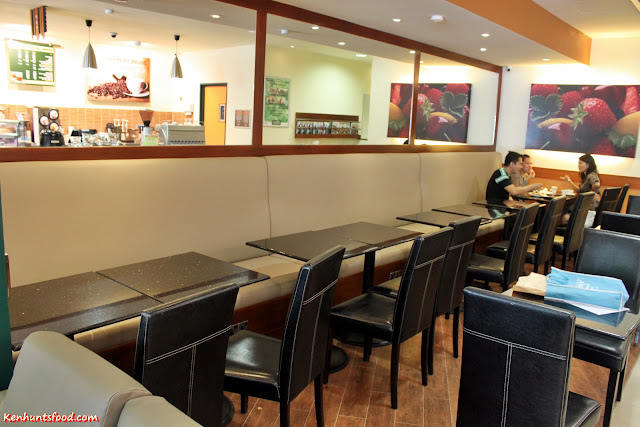 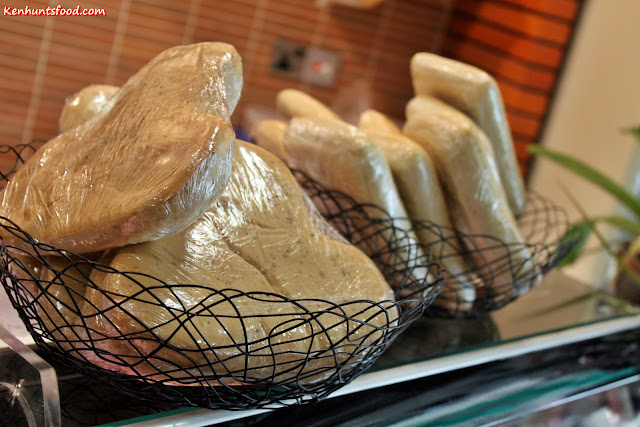 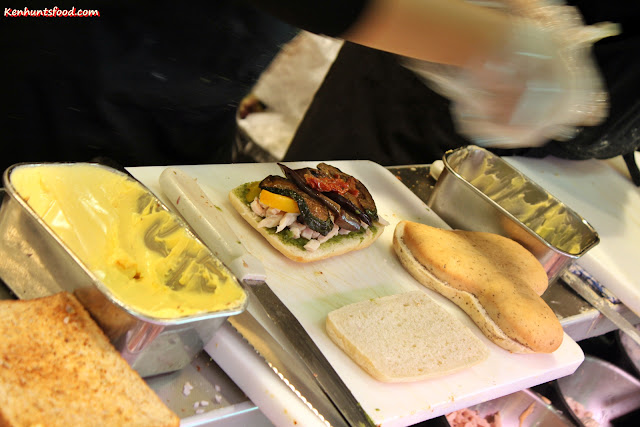 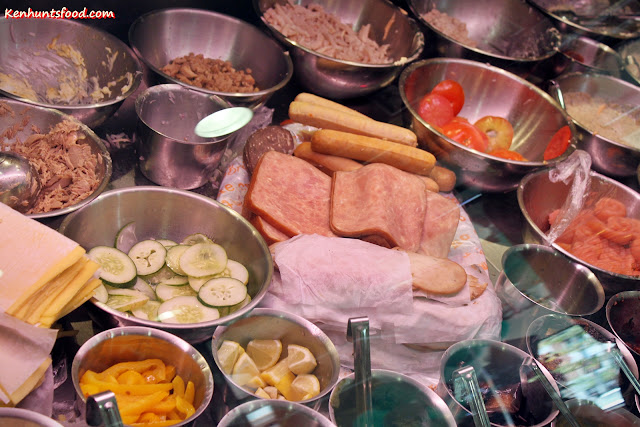 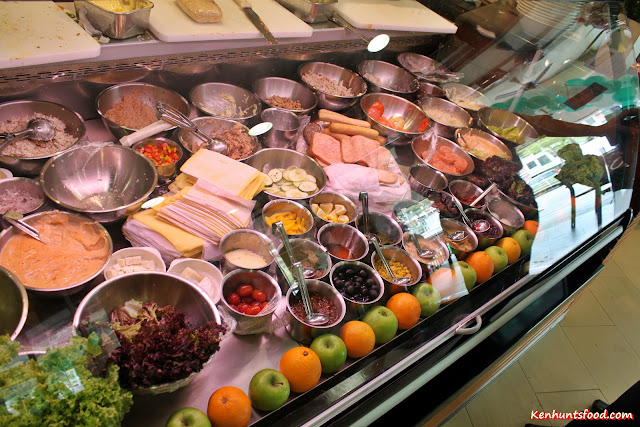 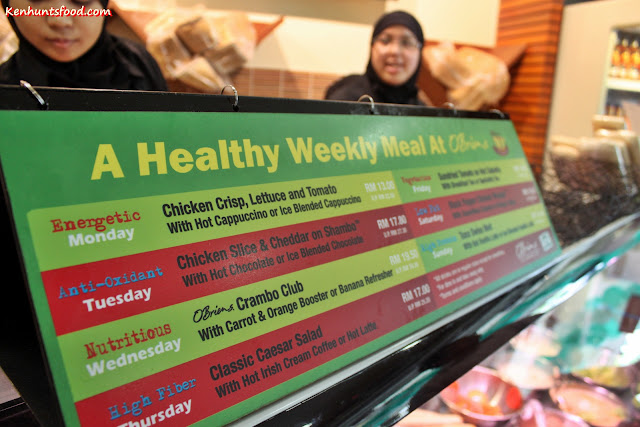 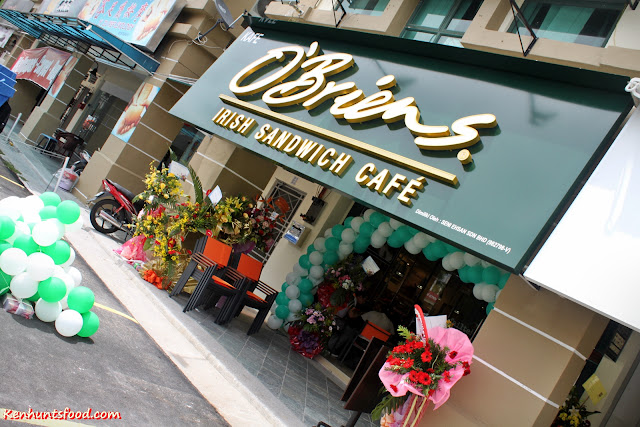