While having my second visit back to Formosa Taiwanese Cuisine, I realized there is this newly opened restaurant that serves western food. and it has came to my attention that they are offering set lunch at affordable prices, where one can choose from the wide selection of dishes offered. Western Diner's is located at The CEO, a building next to Vistana Hotel, Bukit Jambul. Set lunch will only be served on weekdays and set dinners are available daily. There are a lot to choose from their menu, they even have local cuisine for set lunch too, however, my experience at Western Diner's was rather a disappointment, mainly due to their service. We had placed our orders earlier ago, some of us waited for more than half an hour, the staff approached us telling us that he took the wrong orders and suggested we take his suggested order, else, we have to wait for quite some time. It was very unprofessional to ask their customers to choose according to their suggested orders and I was not too happy with this. Price-wise, was just okay considering most of their portion was rather small. 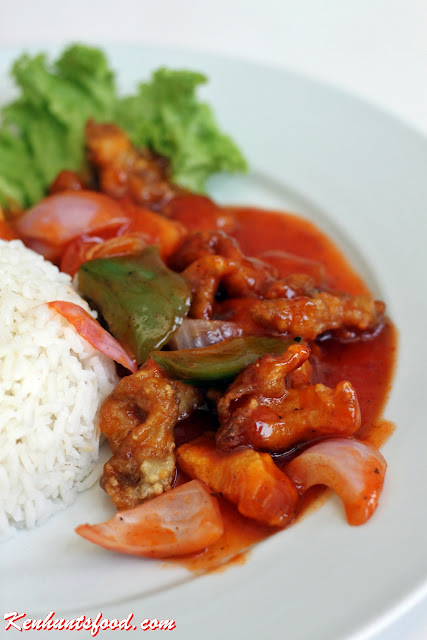 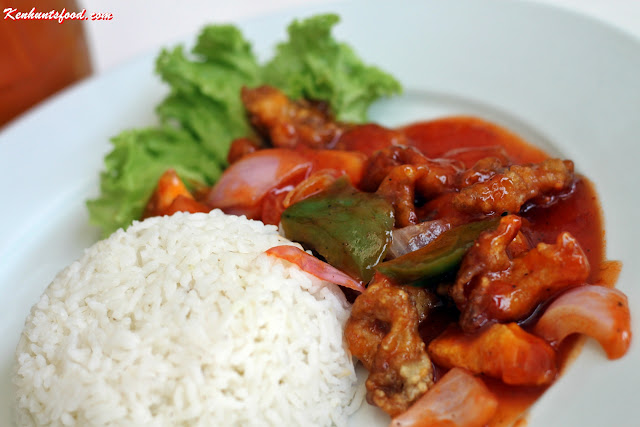 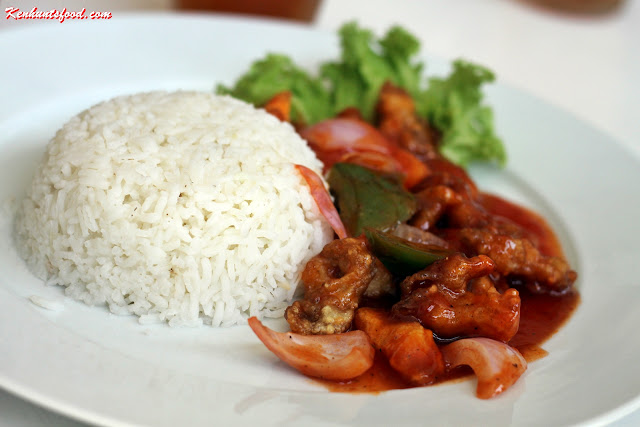 Each of their set lunch comes with a drink and a dessert. We had their Sweet & Sour Fish Rice Set Lunch for Rm9.90. Personally, I find the sweet and sour fish was okay but more to the sweeter side. It would be more appetizing if they could increase the sourness. Others were just okay, nothing much to shout over. 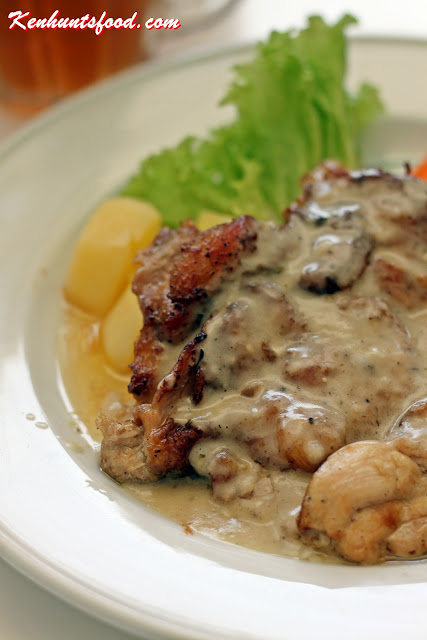 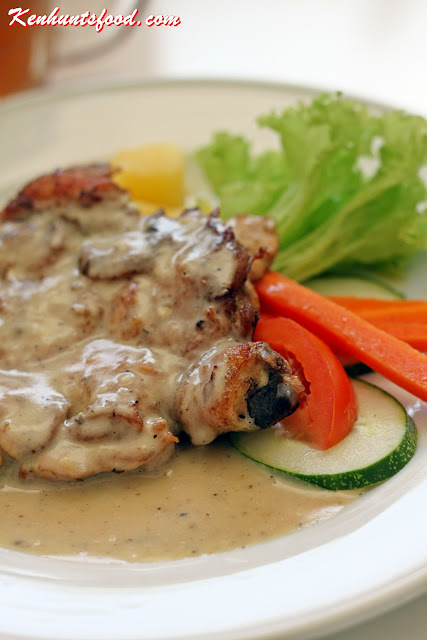 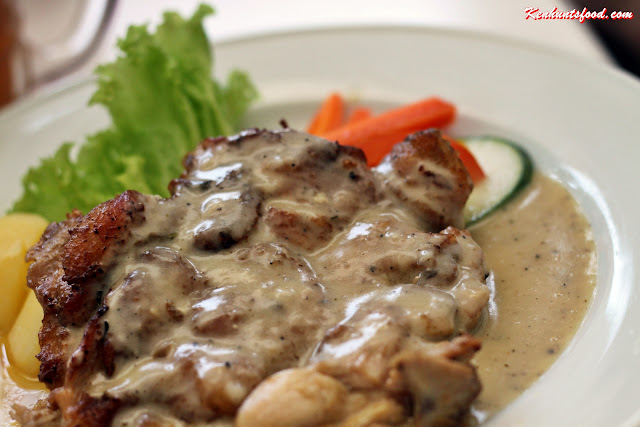 Chicken Chop with Mushroom Sauce Set lunch (Rm 9.90) was the only thing I favor of. The cream sauce was perfectly done, with the perfect thickness and creaminess. The portion for the chicken was rather small but I like the fact they serve healthier side dishes such as boiled carrots, potatoes etc. Taste-wise, was good, but overall, I find the chicken a bit oily, if only they drained the oil a bit, it would be perfect ! 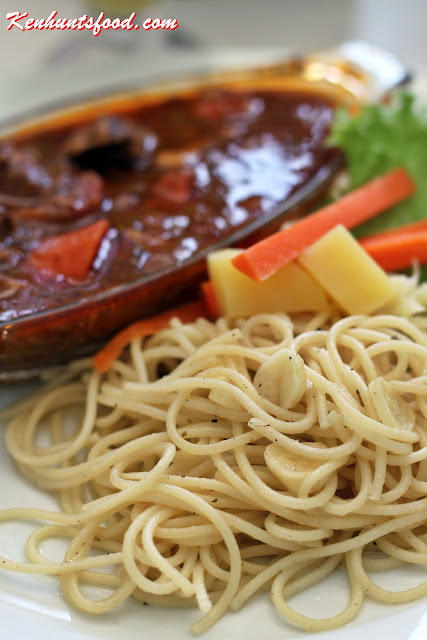 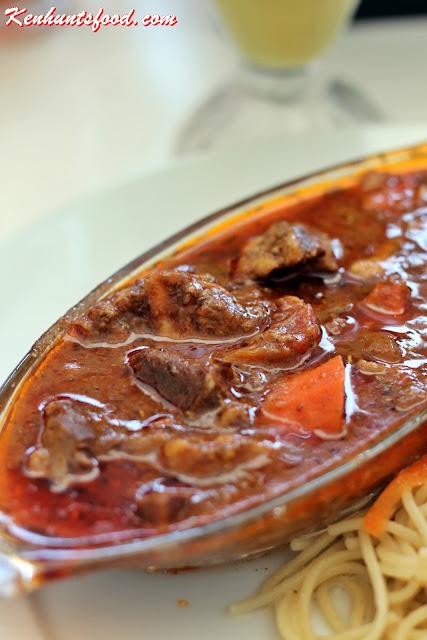 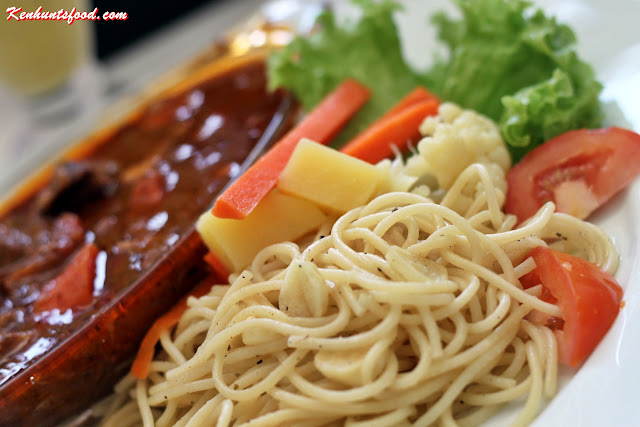 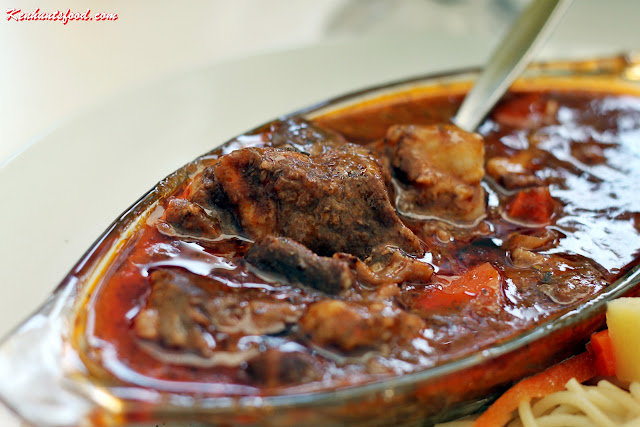 We also tried their Lamb Stew served with Spaghetti (Rm 18.90), it was an ala-carte order which comes with a lamb stew, spaghetti and some side dishes. The spaghetti was decent to my liking, especially with its al-dente texture. The spaghetti was tossed with some salted, garlic before, hence, the aroma of the garlic was quite strong and complemented well. On the other hand, the lamb stew was rather disappointing, it was way too oily in my opinion and the sourish sauce was a bit bland. The lamb itself was too tender as well, too soft that I do not have to chew and it just melted itself. 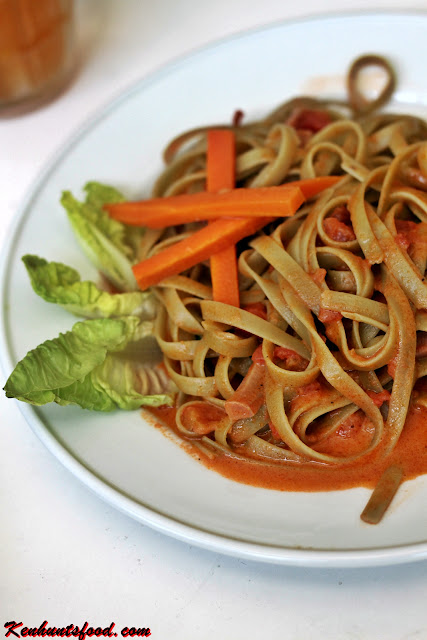 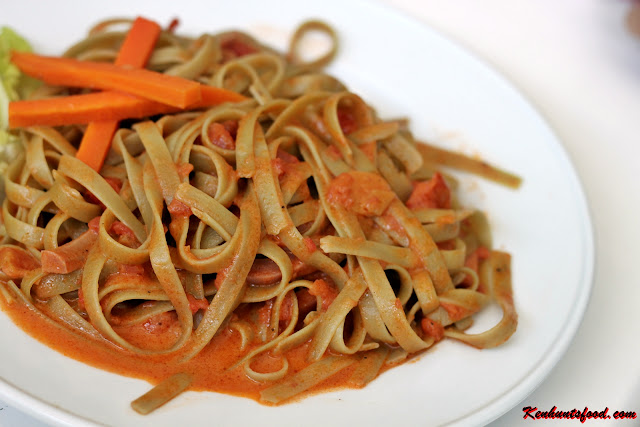 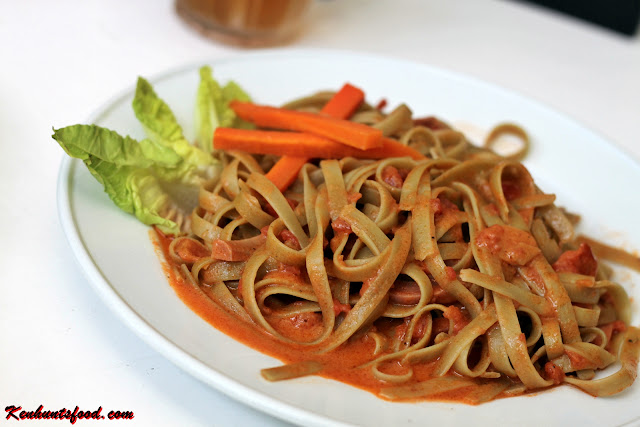 Fettuccine Arrabiata Set Lunch (Rm 9.90) was just okay, although I have not much of complains of the taste of the sauce but I would love to have some complains on the Fettuccine instead. The Fettuccine was a bit rough and hard in texture, in fact, I would say that it was not properly cooked (still a bit raw). I do understand that they wished to provide al-dente texture for their pasta, but somehow this failed to me. I would also prefer a slightly spicier Arrabiata sauce as well. 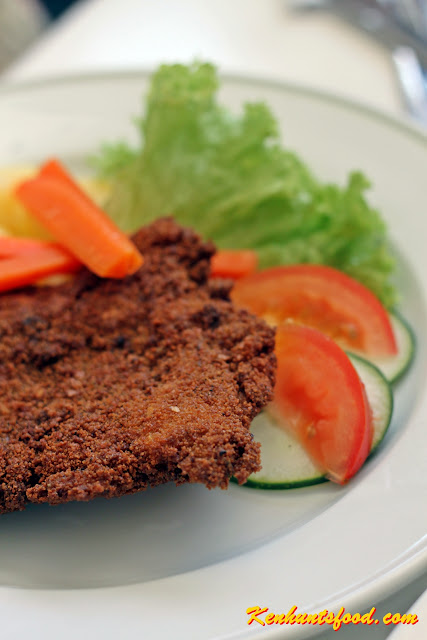 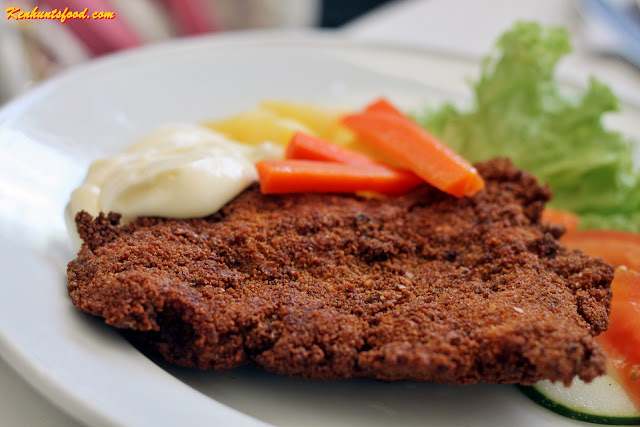 Fish And Chips Set Lunch (Rm 9.90). One picture speaks a thousand words, as you can see, the fish and chips was obviously over-cooked and in fact, some burnt on the side of the fish. It was so dry in texture and it was a mere disappointment. I was very disappointed in this dish of theirs. 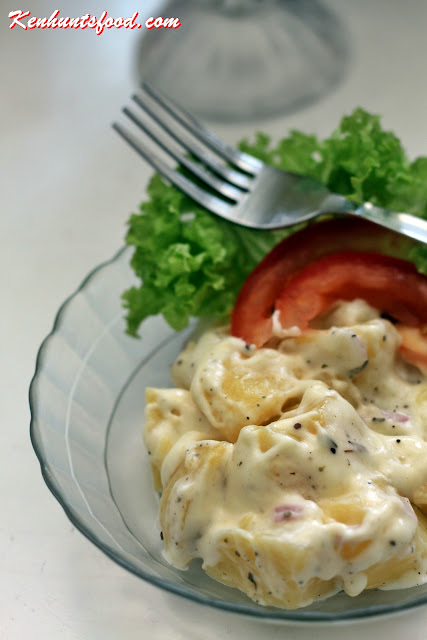 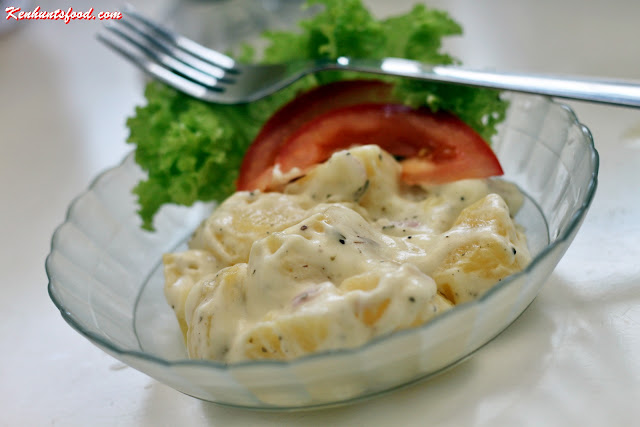 We also had an extra order of their Potato Salad (small- Rm3). This was, in fact, a very impressive potato salad, the texture of the potatoes was just right and the mayonnaise was just perfect to complement the potatoes, with a hint of the aroma of herbs. Recommended. 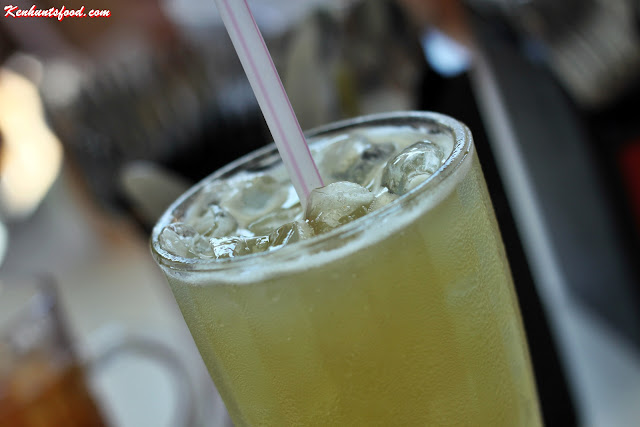 I had their Celery juice for Rm 3.90 as well, it was refreshing and it was not too sweet, if only they could slightly lower the price........ 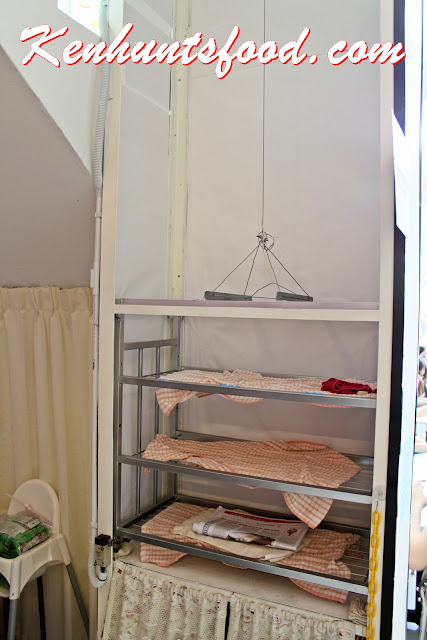 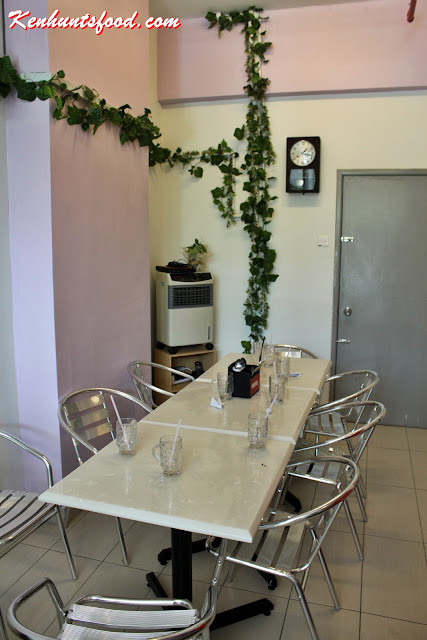 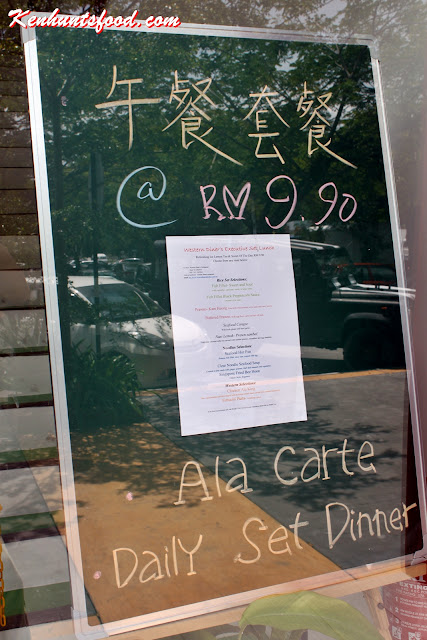 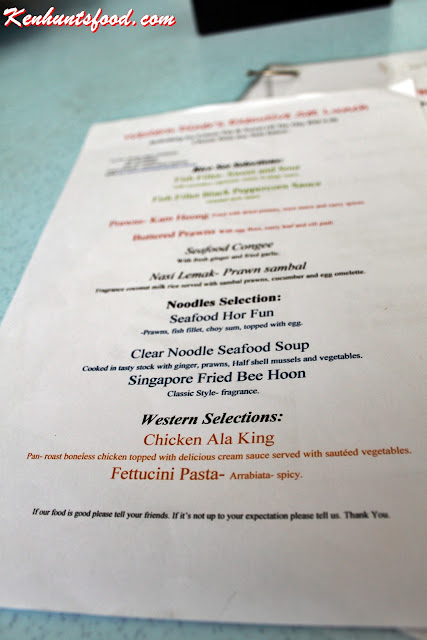 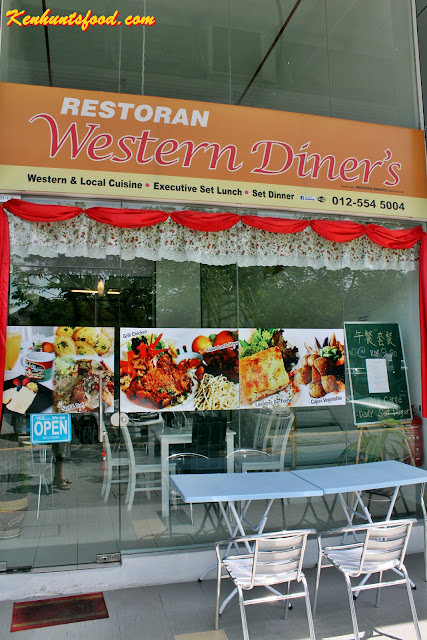 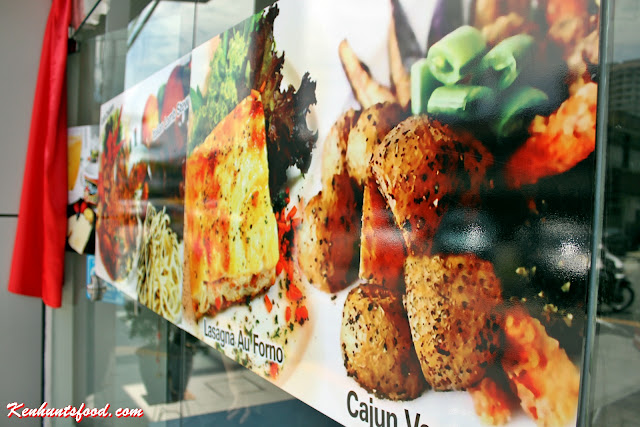 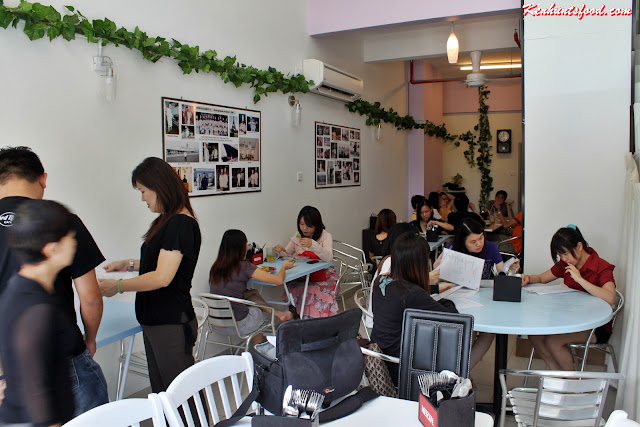 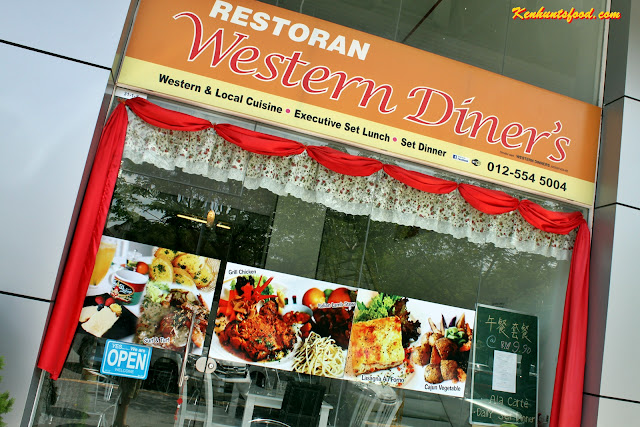