If you are staying in Air Itam/Farlim/Paya Terubong area, you have probably heard of this "chu char" (煮炒) place already. Its very famous among the residents around that area as the place is always loaded with people especially during dinner time. Terubong Seafood is located at Jalan Paya Terubong, facing Zi Zai Restaurant and right beside Paya Terubong's Bomba Station. They serve a wide selection of freshly-caught seafood, especially in terms of fish, they had at least eight types of fish for us to choose from during my visit to this place. Aside from the fresh seafood, Terubong Seafood is also well known for its reasonable price. Service was a bit slow during my visit but probably due to high traffic of customers, parking-wise, was very convenient for us as there were ample parking space available right outside of the restaurant itself. To order, one needs to pick your choice of seafood at the ordering kiosk right outside of the restaurant and the uncle there will take your order, do ask for recommendations and he will guides/assists you on what's fresh on that day and what method of cooking will be the best. You can even roughly quote the price first before ordering. 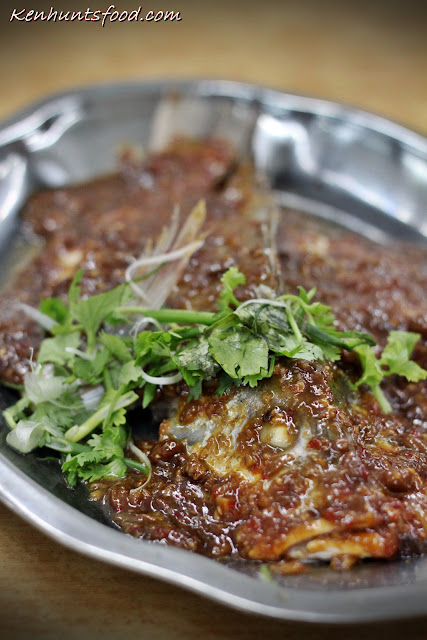 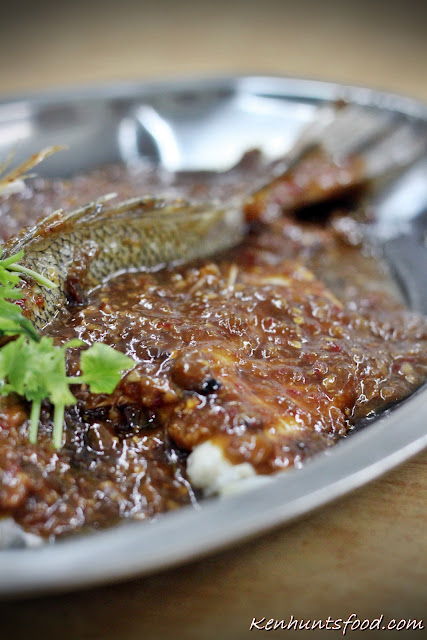 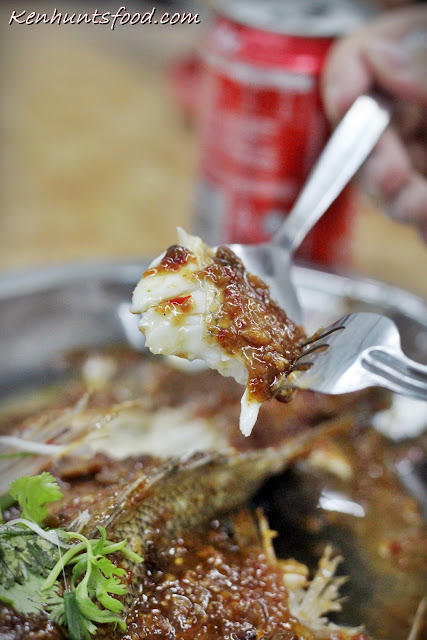 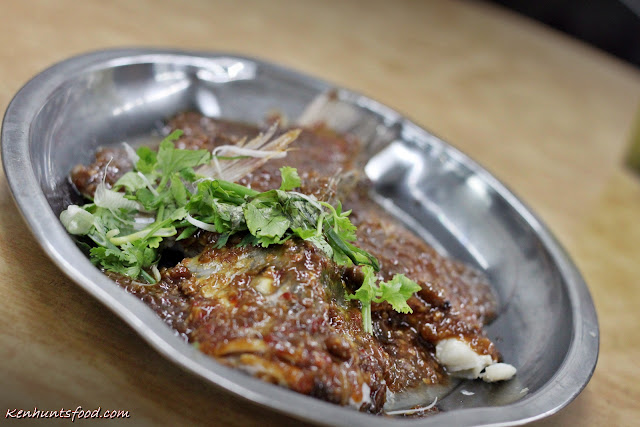 Of course, our orders were none other than the Fish. We had Steamed Red Snapper (红狮鱼) With Spicy Dou Ban Jiang (Spicy and Salty Paste made from Fermented Beans), it was priced at Rm33 (100g for Rm6, prices might vary depending on market price) which I think it was very reasonable. The fish was very fresh and steamed till perfection, it was not overcooked, just nice, together with the spicy Dou Ban Jiang. The sauce was very flavorful and goes pretty well with some rice. However, the Dou Ban Jiang was too spicy in my opinion, it could be better if they could slightly reduce the spiciness. Well, the uncle at the kiosk did ask me whether I want it to be spicy or not but the spiciness was way beyond my level, for those who can't really take spicy food, I would like to suggest that you go for the normal version instead. 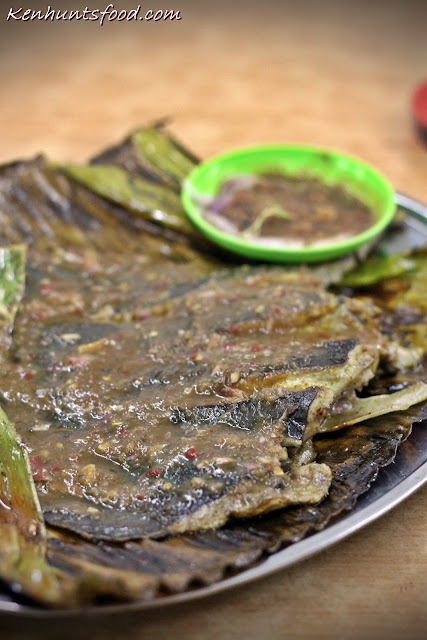 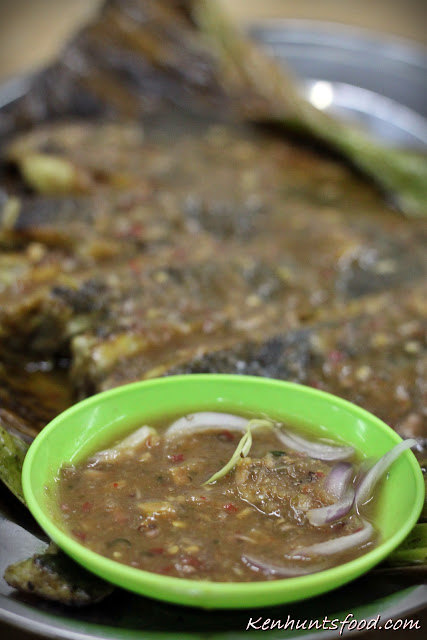 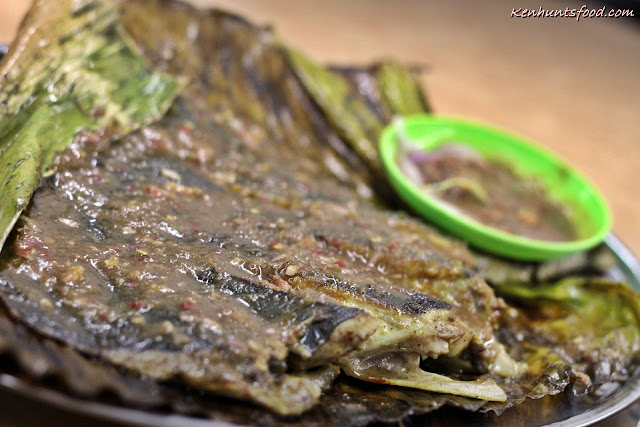 We also had this Grilled Sting-ray (酱烤魔鬼鱼) for Rm25, a small plate of their home-made chili sauce was served together with the fish. Judging from the portion, it was a bit expensive in my opinion. Although the sting-ray was perfectly grilled but it lacked of some flavors, I would personally prefer those Grilled Sting-ray with slightly heavier taste. The home-made chili sauce does not help much too in my opinion, it could be better if they could squeeze in some lime juice just to give the sourish flavor. 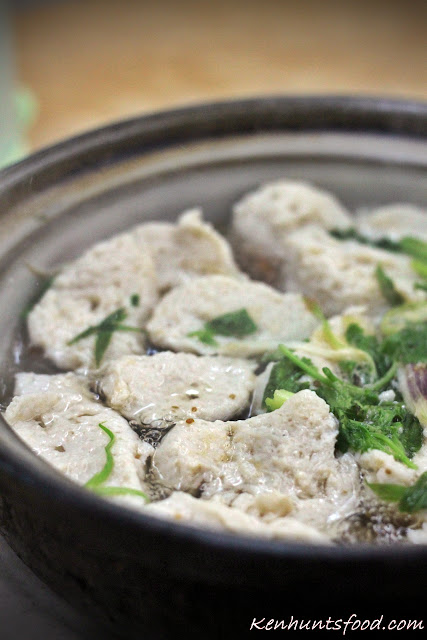 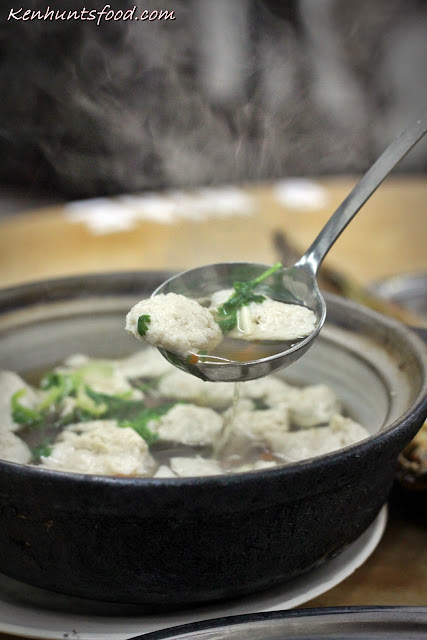 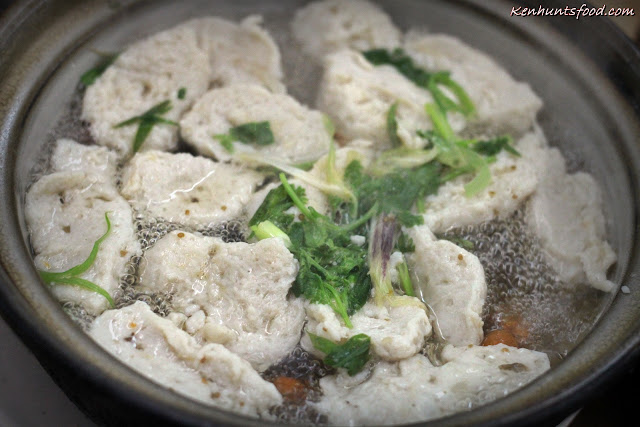 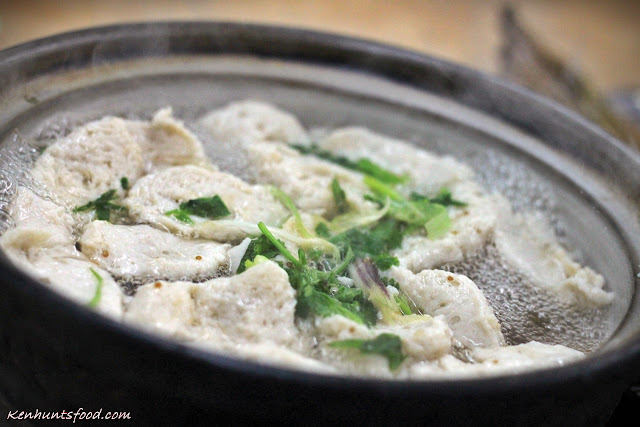 I was told that their Home Made Fish Balls (自制鱼丸，Rm15) is one of the must-try dishes and it was not disappointing at all. In fact, I adore their soup which has a very strong herbal and Chinese wine flavor (Shao Xing Wine, 绍兴酒). A trace of wolfberries (枸杞) can be seen from the soup as well, which I presumed that they were used to give the extra sweetness to the soup. On the other hand, the fish balls were not as springy as I thought they will be but the whole dish just makes me feel so homely and down to earth. Recommended. 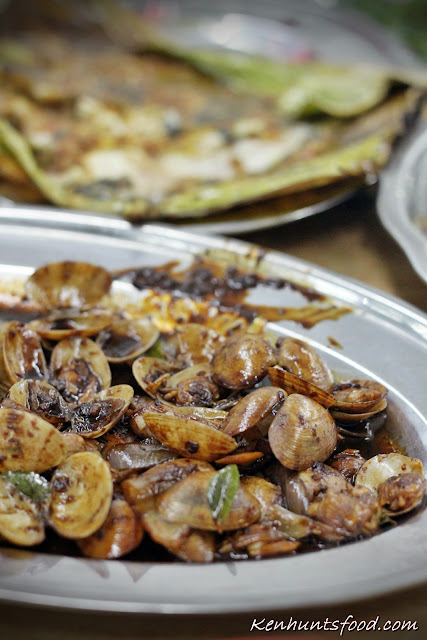 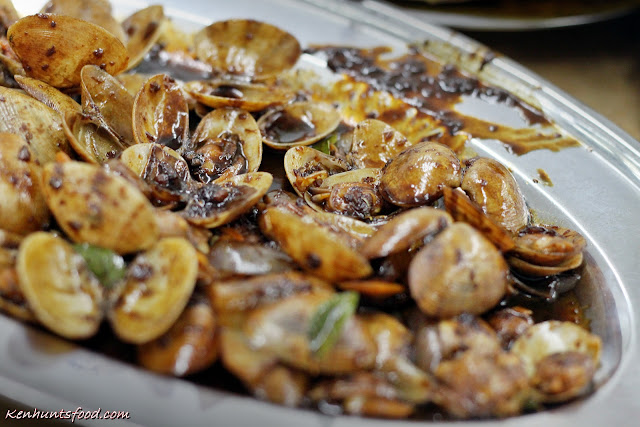 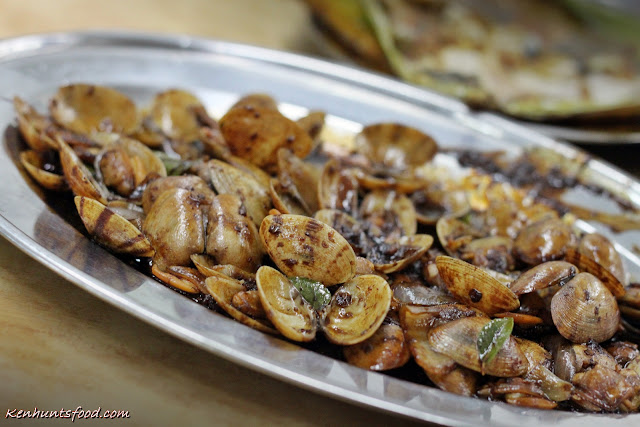 Kam Heong La La/Clams (甘香拉拉, Rm 12) was a disappointment in my opinion. Although the taste was okay but I was not expecting them to cook it this way. Heavily relied on the use of dark soy sauce and curry leaves, the La La was a bit too sweet in my opinion. I would prefer to have something spicy instead. 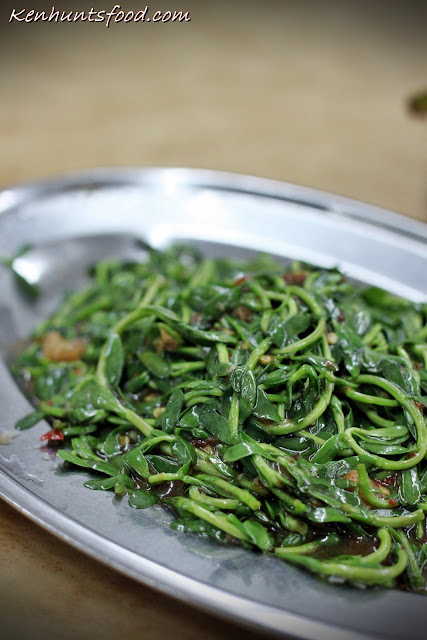 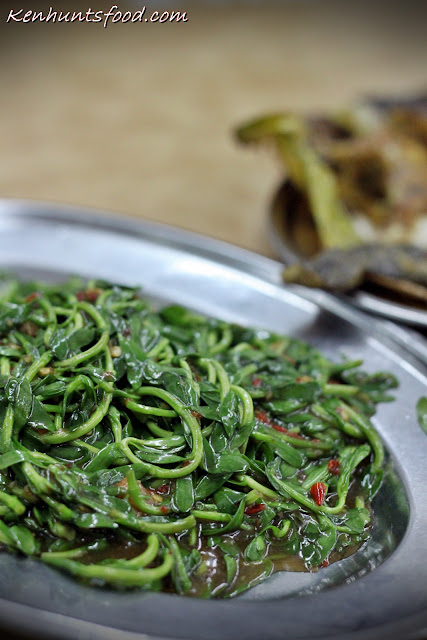 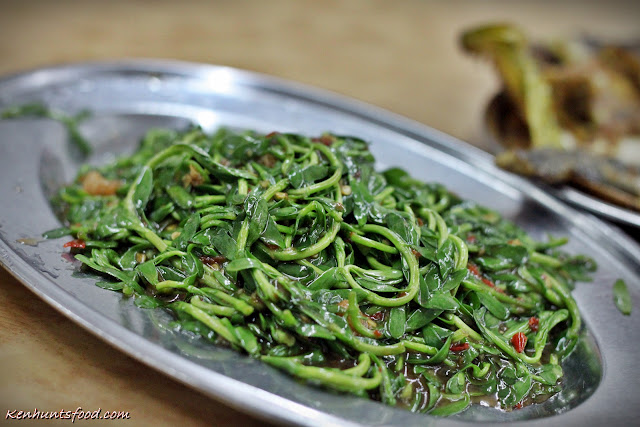 Stir Fried Wild Vegetables (清炒野菜, Rm8). It was my first attempt on this kind of wild vegetables and it turned out to be very good. The vegetable itself brings a mild bitterness but it was nicely covered by the brilliantly used Salted Fish and Chilies. It feels so refreshing as the bitterness was not as strong as compared to Bitter Gourd's, just very mild. Love it. 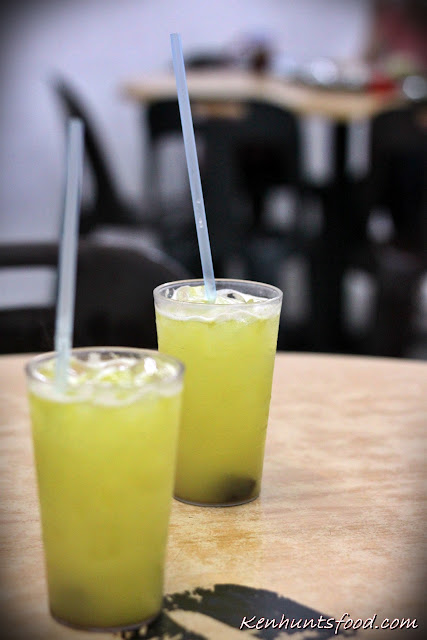 We were introduced by one of the waitresses about this drink, it was some sort of sour plum drink (Rm 2). It was extremely sour in my opinion, if you are someone who does not adore sourish food/drink, then you are not recommended to try this drink out. 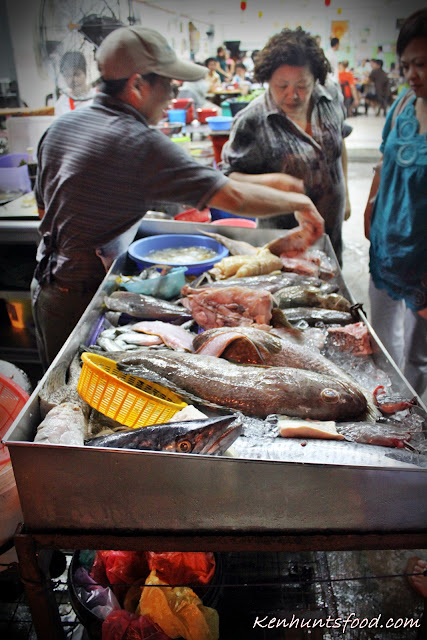 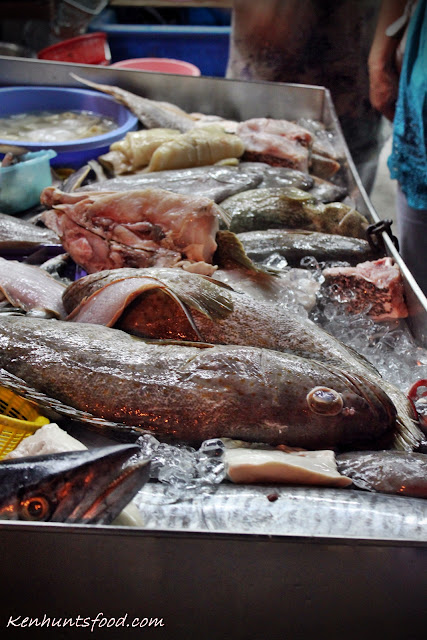 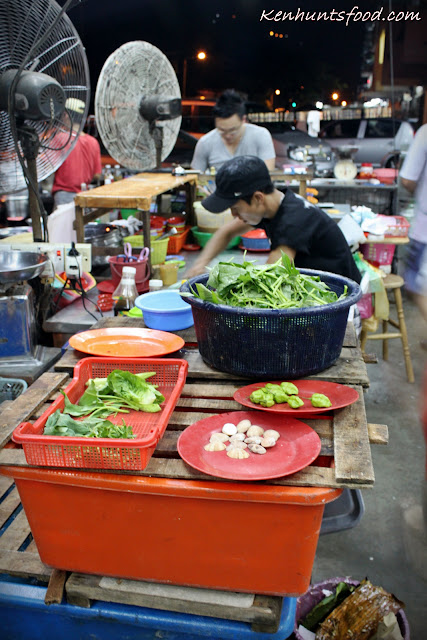 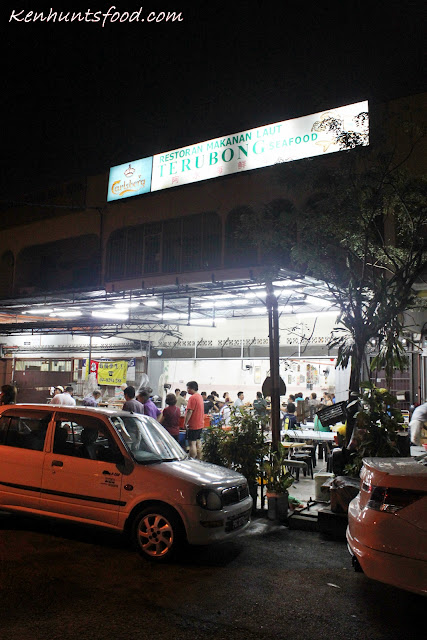 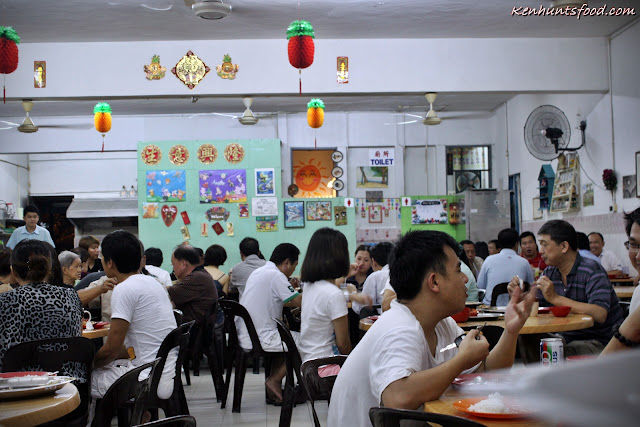 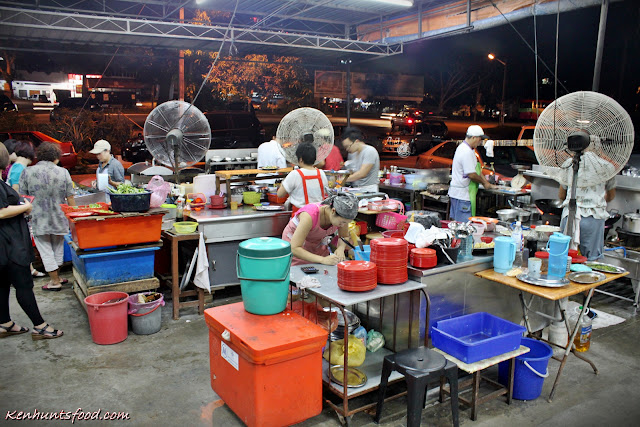