If you are a hardcore Japanese food fan or enthusiast, you might have heard of this restaurant-- Sushi Tei before, Sushi Tei is a franchised Japanese restaurant which first set foot in Penang's Gurney Plaza (2nd floor of Gurney Plaza), it has well-known reputation for serving fresh and delectable sashimi. Opened not long ago, the outlet at Gurney Plaza has been flooded with patrons every time I passed by, the long queue waiting outside the restaurant caught my attention, so does the sophisticated and beautifully designed exterior. Reservation for table is strongly recommended, especially during public holidays and weekends, just to avoid disappointment. Service was pretty good, the waiters and waitresses were very friendly to us even though they were very busy (it was Valentine's Day, but I do see that they have messed up some orders too), price-wise, it was slightly on the pricier side, but definitely worth of trying especially when you are a big fan of sushi and sashimi, they have a lot of combinations and those rarely seen sashimi available too. However, there will be a 10% service charge added to your bill. 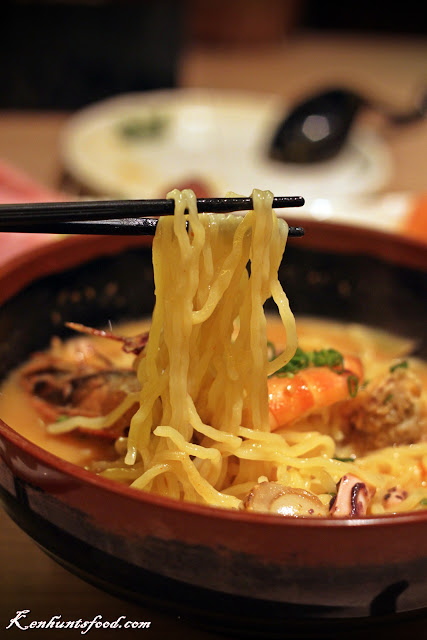 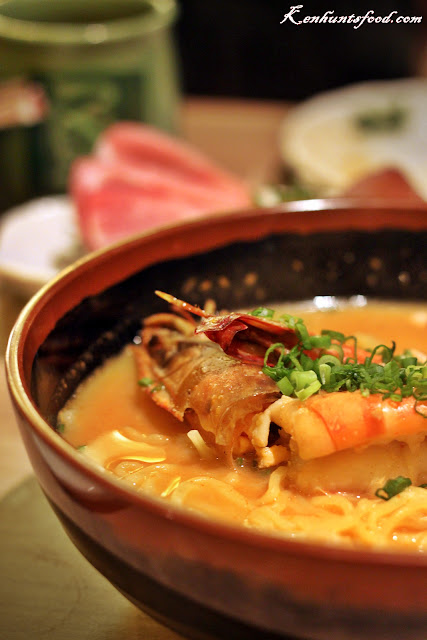 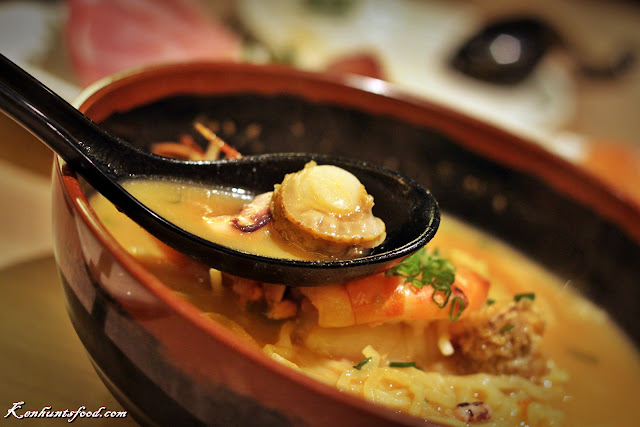 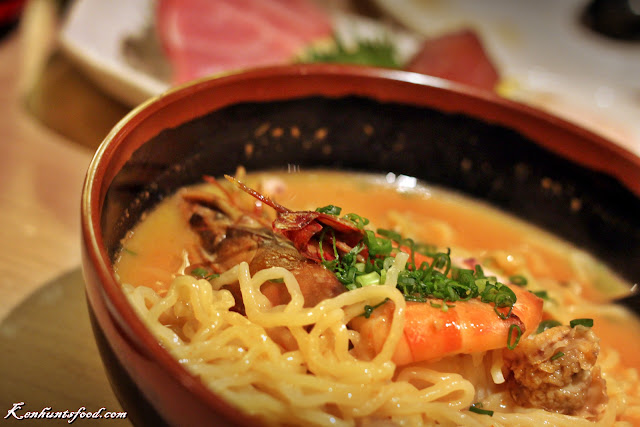 Kaisen (Seafood) Ramen (Rm26.80 *20% discount promotion will be given if you dine in during weekdays, do check with Sushi Tei for the availability) was very impressive, I actually adore the Ramen here more than the Ramen I had in Goku Raku Ramen, although its a bit pricier, but I find the taste suits my taste buds more. The portion was not that big (but it was good enough for me) and it comes with a lot of seafood, namely a gigantic fresh and succulent prawn, some scallops (not ordinary scallops, more like Japanese scallops or known as 帆立贝) and some octopus etc. The noodles were nicely cooked either, it has successfully maintained the springiness within the noodles (Ramen). The soup was heavenly good too, very sweet and flavorful broth. The soup/broth was filled with the natural sweetness obtained from the prawn, and the soup has turned into completely orange in color. I'd like to sprinkle some seven flavored chili pepper to add the extra spiciness and flavor as well. Recommended. 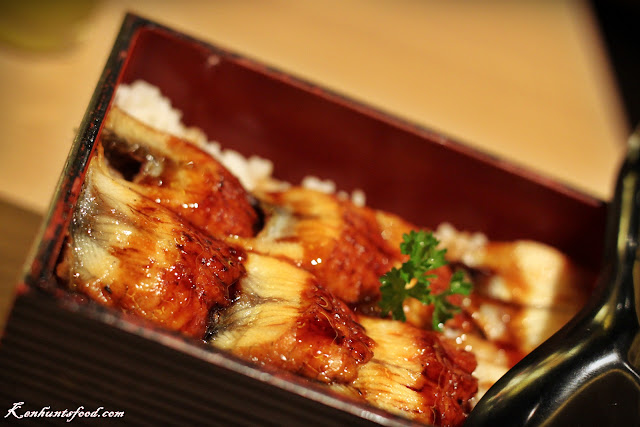 Jo Una Ju (Premium Japanese Eel Rice, Rm 28.60) was one of the best Unagi (Japanese Eel) I had before, the nicely done Unagi complemented well with the soft and moist Japanese white rice, with a touch of Unagi sauce. They were actually doing the Unagi in a smart way, which they have sliced the Unagi up, into smaller pieces. Thus, the Unagi can absorb the flavor of the sauce better, but still, I would prefer more Unagi sweet sauce to be given/added to the rice, or at least, to make sure every single mouthful of the rice can be evenly distributed with the aroma of the Unagi or sweet sauce. 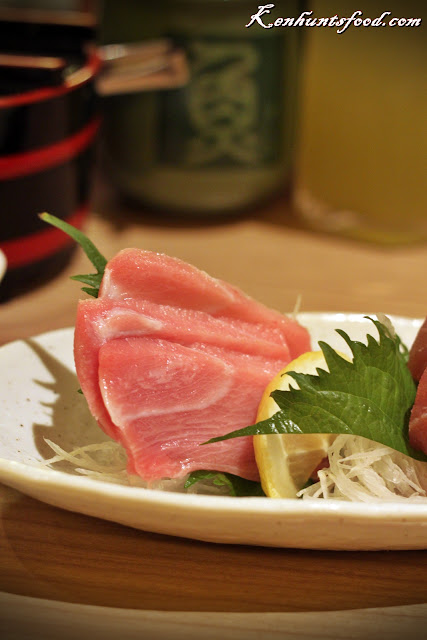 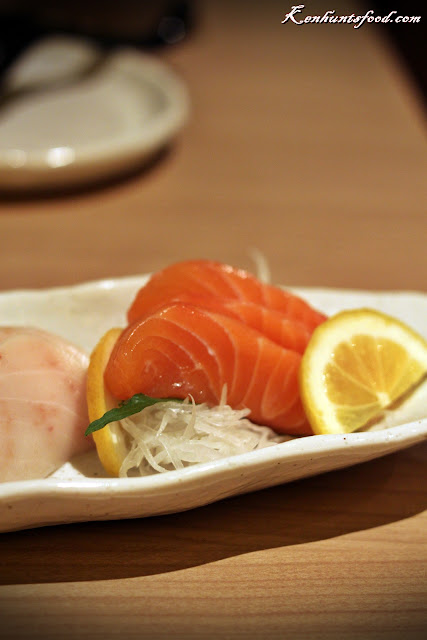 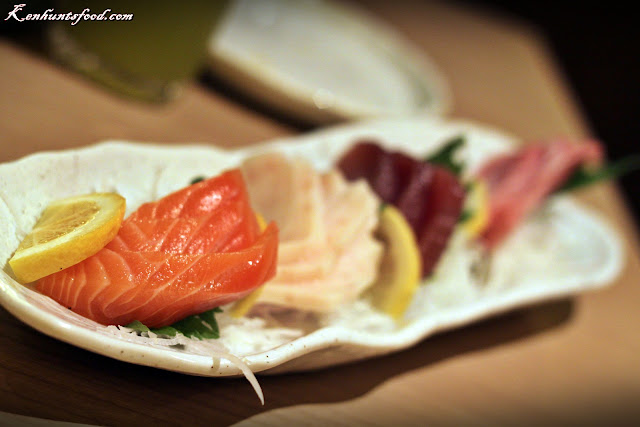 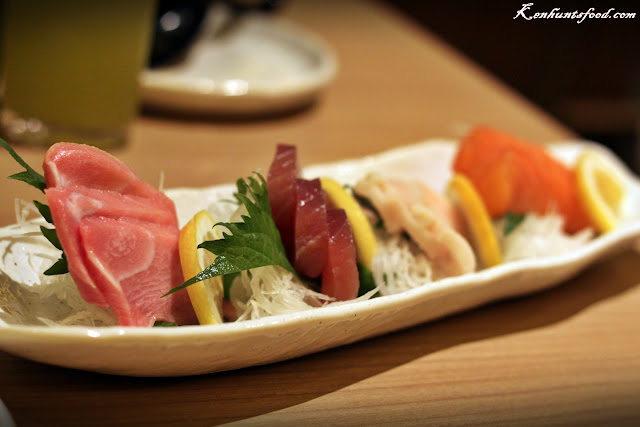 We were looking forward to try their Sashimi set, we opted for this Tokachi Sashimi (4 kinds of Sashimi, Rm49.80) set at last. The set contains four types of Sashimi, namely Toro (Belly part of Tuna), Maguro (Sashimi grade of Tuna), Butterfish and Salmon. Finding a good Toro in Penang can be really hard, in fact, this was my first attempt on this heavenly delicious Sashimi, the sweetness and after-taste were just too strong, highly recommended. The salmon was pretty fresh and perfectly sliced as well, so does the Maguro. However, the Butterfish was a little bit disappointing, the way of slicing was a bit off either, the Butterfish was thinly sliced and failed to deliver the texture where it supposed to have. The color of the Butterfish was a bit unappealing either. Anyway, it was very worth since I get to savor the palatable and delicious Toro. 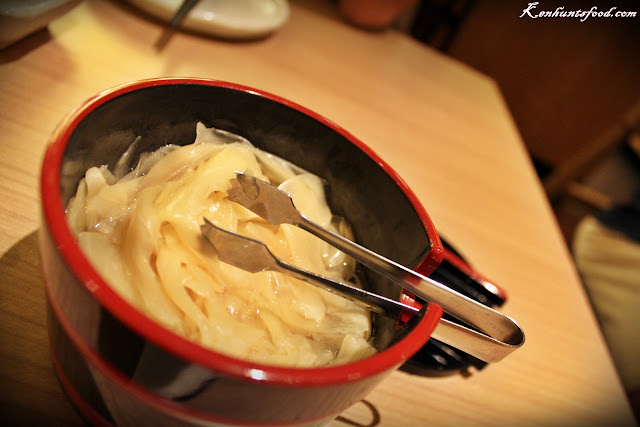 Every single table will be given a bowl of this Japanese pickled ginger, feel free to top up as much as you like. Its a good news for someone like me, who adores this a lot. Although providing pickled ginger is pretty common in Penang, but I just love the generosity of the management. 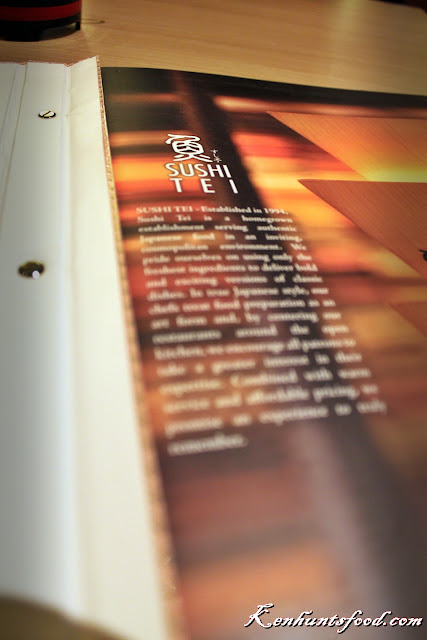 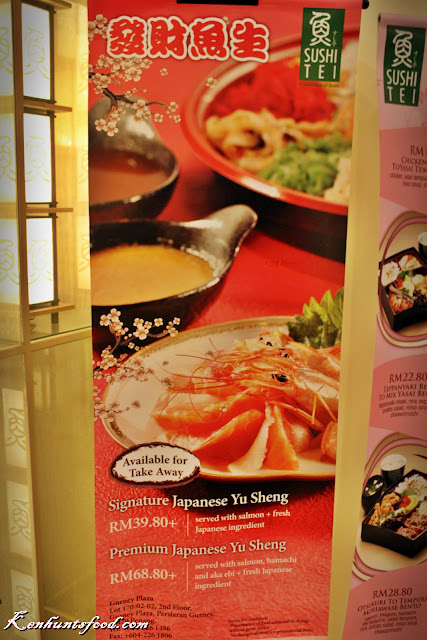 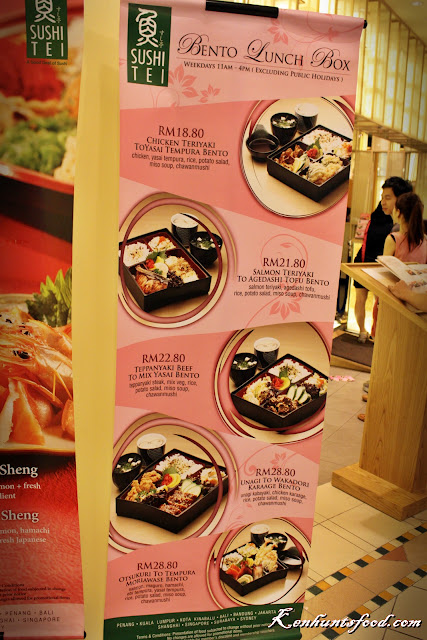 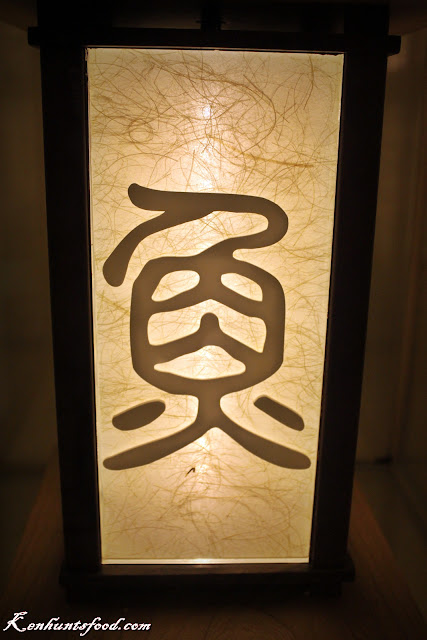 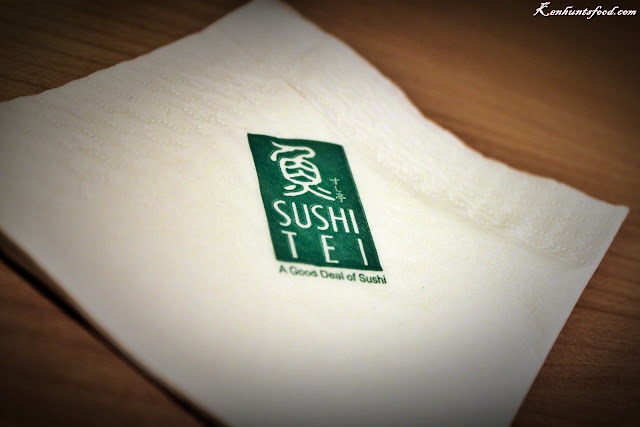 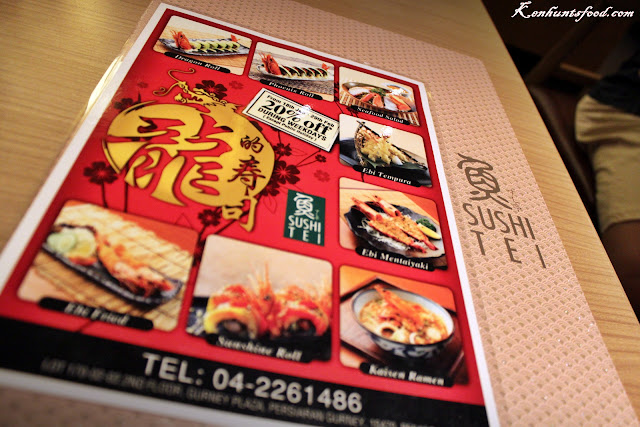 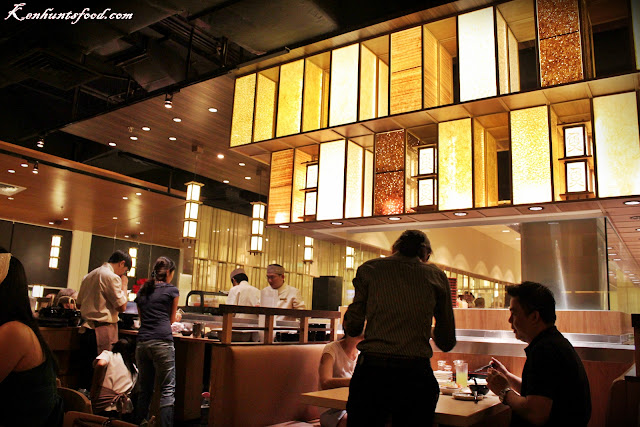 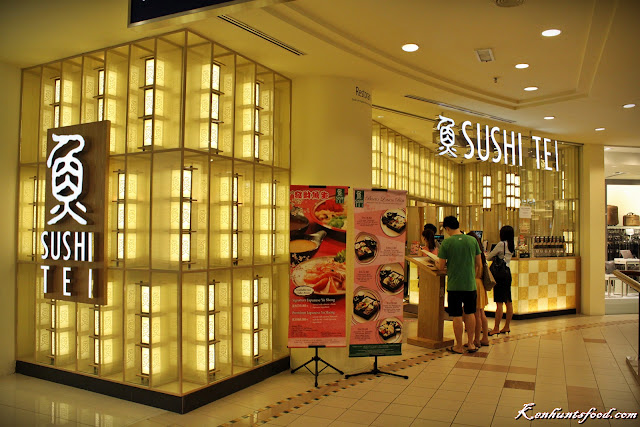