Finding a restaurant operated by people originated from China (Chinese ?) in Penang and authentic Chinese cuisines are no longer a tough job as these restaurants are mushrooming in Penang. There were a few blog posts about Sze Chuan Cuisine before such as 0068 Restaurant and Gia Xiang Steamboat, which were all located in the same area. Dynasty Tang's main focus is the cuisine in Sze Chuan and Lan Zhou. They have a lot to offer their customers, Their signature dishes are those ramen and barbecue skewers. They have the rare cumin-marinated (孜然) skewers too, which is very famous in China. 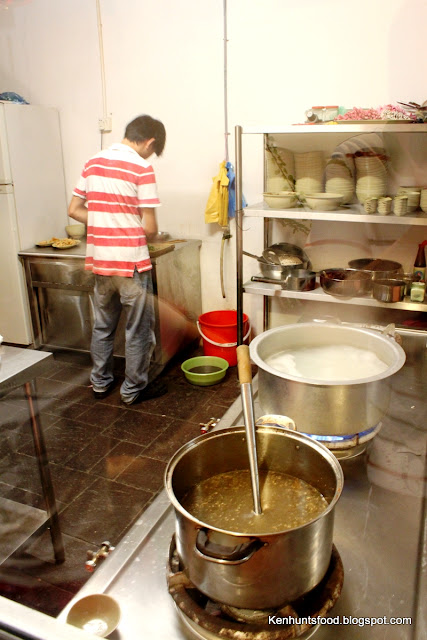 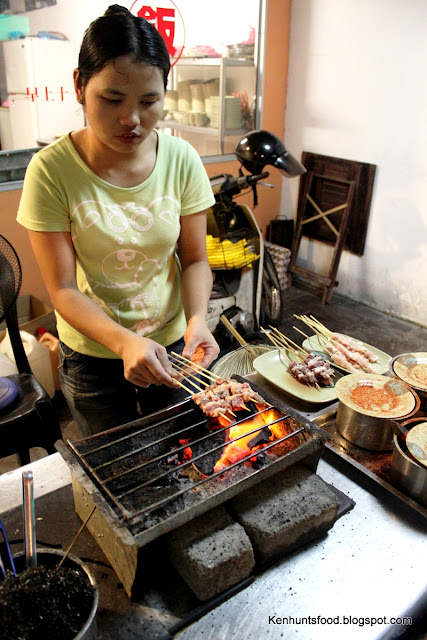 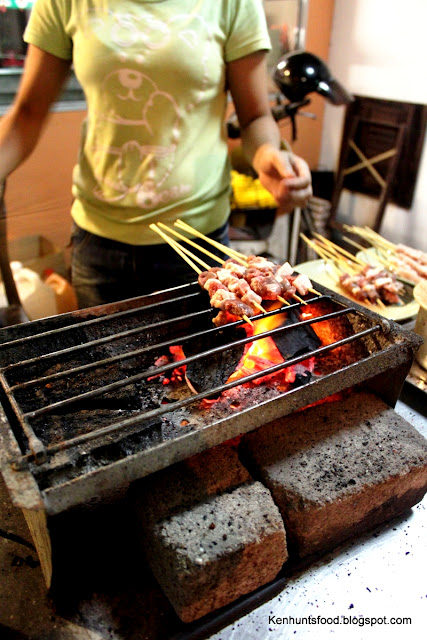 There was an open kitchen and a barbecue pit outside the restaurant where customers can witness the process of cooking by their own eyes. Everything was freshly prepared after taking orders from customers. It took unusually long time for them to prepare the barbecue skewers but its definitely worth it. 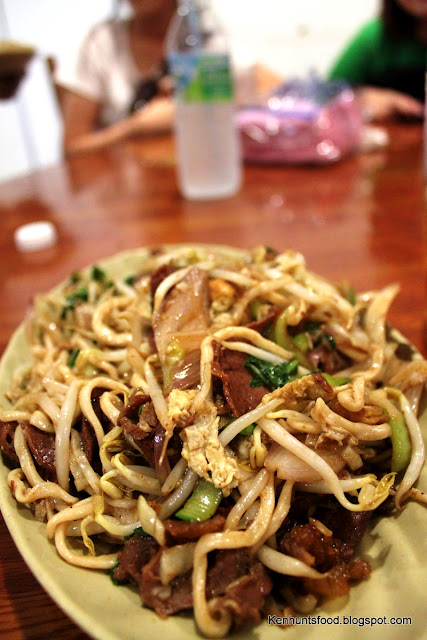 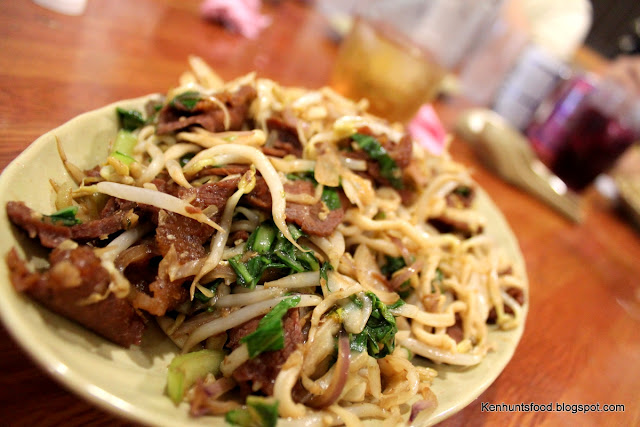 Pan-Fried Ramen With Beef (Rm 10), it comes in a huge portion with generous amount of succulent beef slices. A lot of vegetables were added too, namely cabbage, chopped onions and bean sprouts. The ramen was overall palatable, but the beef was just awesome. However, I found the dish was a bit oily overall, it would be even better if they could reduce the using of oil or probably drain the oil up a bit. 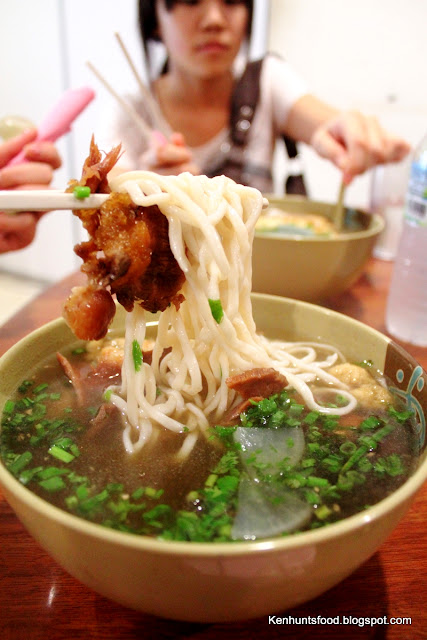 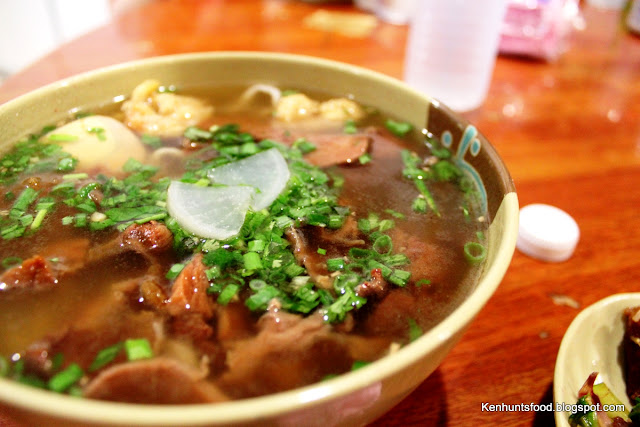 Ramen With Stewed Beef (Rm8). The portion was quite big and the soup was so sweet, it goes well with the chili paste provided on the table too. The beef was tender and juicy too, recommended. 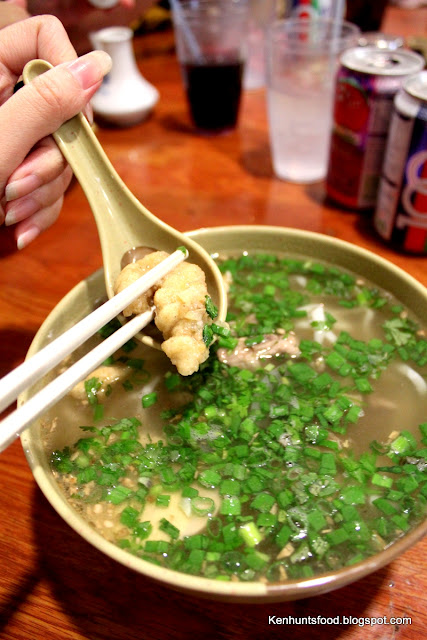 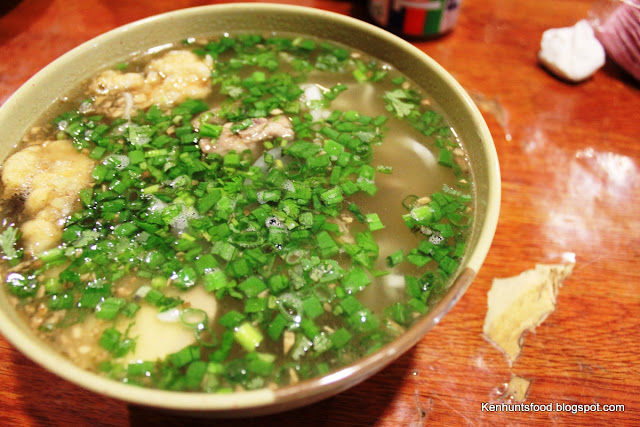 Pork Ribs Ramen (Rm 8) Generous amount of pork ribs were added and they were reasonably seasoned. The ramen was pretty much same as the beef noodles. However, my friend complaint that they have added too many spring onions to the soup, the flavor will be too strong and overwhelming and it will end up, covering the taste of the soup. 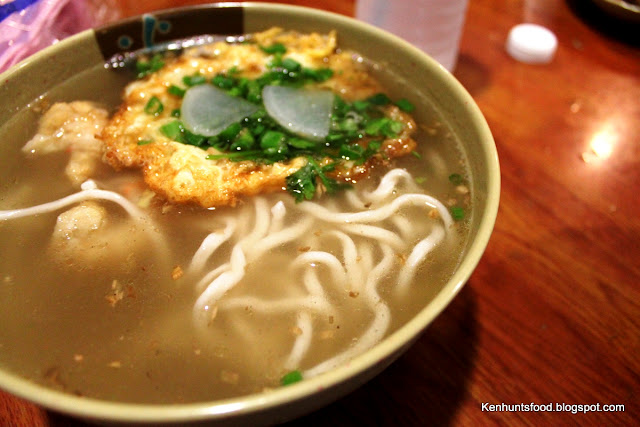 Egg Ramen (Rm 8) I have no idea why the ramen was priced at the same price together with the pork ribs and beef ramen since egg can be considered as an inexpensive ingredient. Nothing was changed except the pork ribs were substituted with fried egg instead. 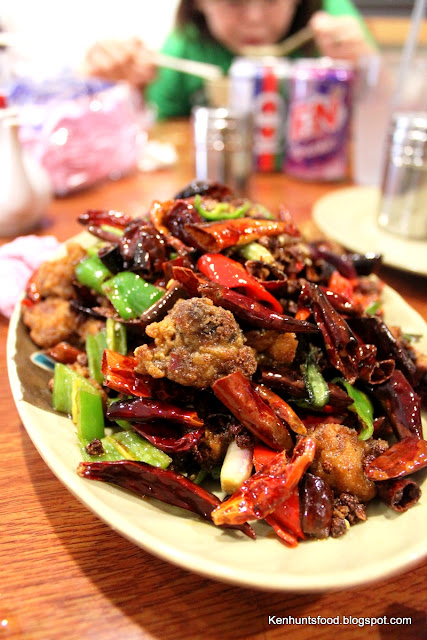 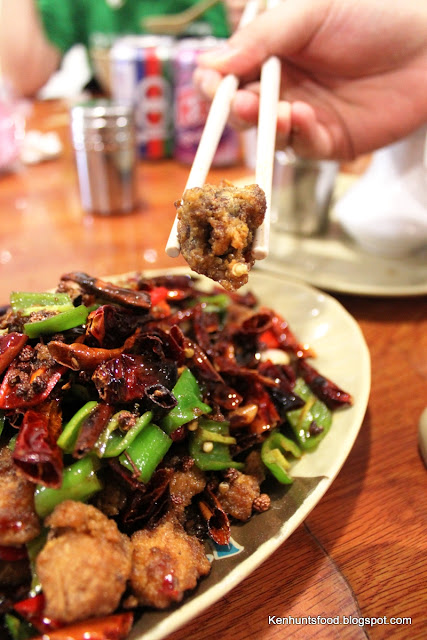 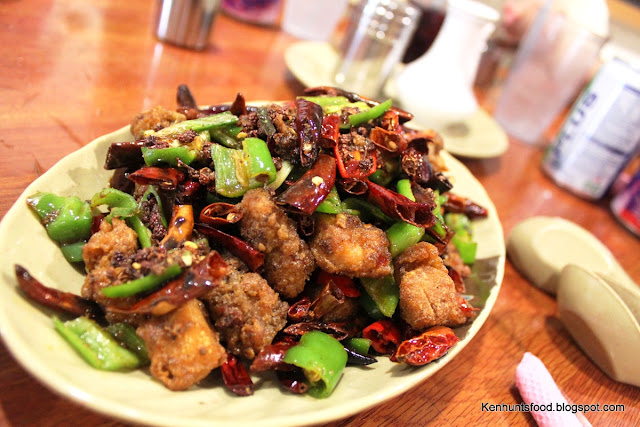 Sauteed Chicken Cubes In Chilies And Peppers (Rm 16) This dish was originated from Chong Qing, a place famous of hot and spicy food, especially steamboat. Tonnes of pepper corns and dried chilies were added, no doubt, the dish was very hot and spicy indeed, the chicken cubes were deep fried to perfection and were perfectly flavored. Highly recommended for those who love spicy food. 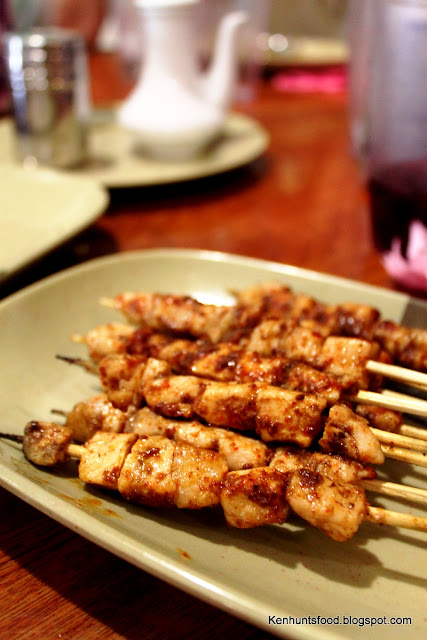 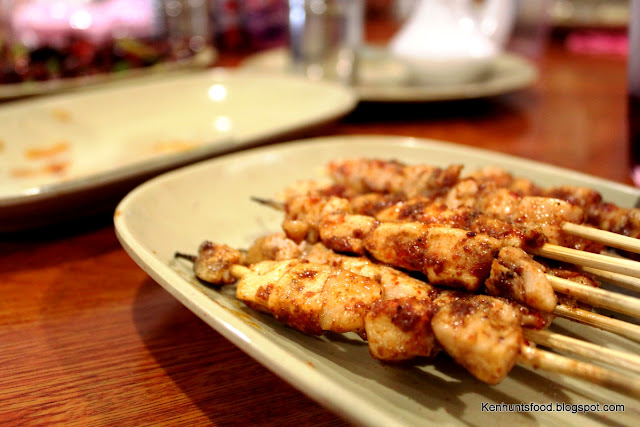 Barbecue Chicken Skewers (Rm 10 for 10 sticks) The skewers were perfectly done, the chef chooses the breast part to create a rough and chewy texture. My first thought on the dish was the chicken will be very hard for me to chew but I was wrong. The chewy texture was rather important in this dish, as you slowly chew and bite into the chicken, the aroma starts to leak out in my mouth. However, the chickens were a bit brackish to my liking. 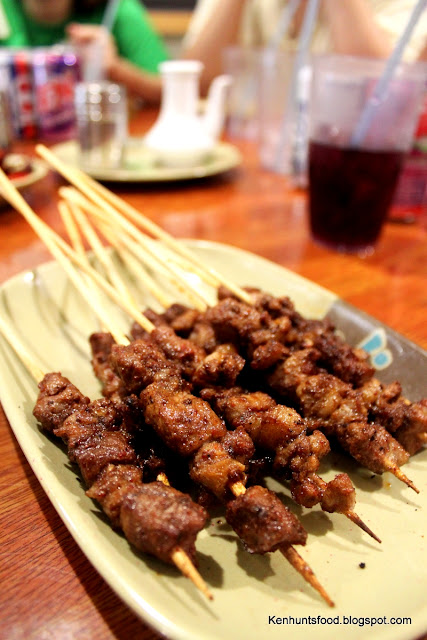 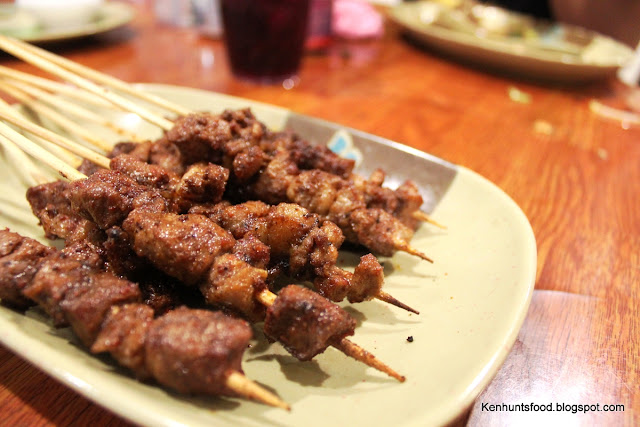 One shall not miss their Barbecue Lamb Skewers (Rm 12 for 10 sticks), this is also one of their signature dishes. The lamb was perfectly grilled and seasoned with spices, one can never resisted the aroma of these skewers. There was any sauce given to go with these skewers but it was not necessary. The lamb skewers were saltier than you thought, but they were acceptable overall. All of these skewers come in a rather expensive price but they are worth of trying. Recommended. 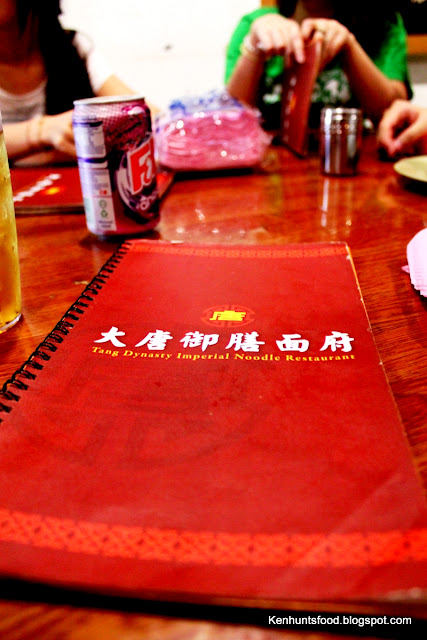 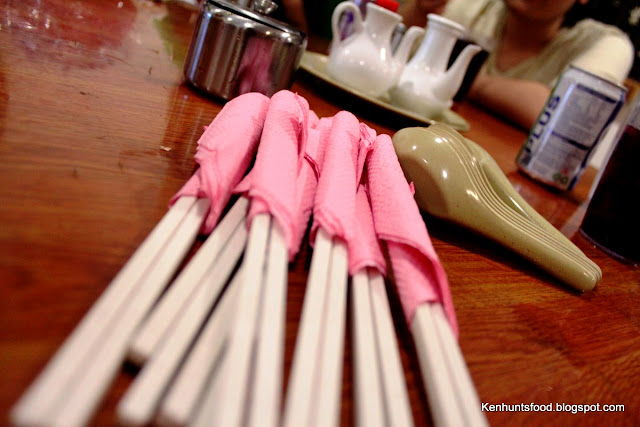 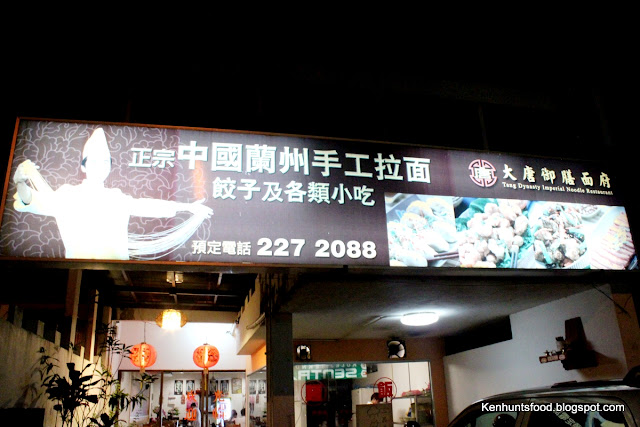