Another online voucher from Groupon.my has successfully attracted my attention, a restaurant in Sungai Nibong that serve Japanese steamboat - shabu-shabu. With Rm8.70, you get a set of New Zealand beef. I am also aware that the portion will be smaller as compared to the usual serving size for these online vouchers. Since the information given was not sufficient, it took me around 30 minutes to locate the place, the restaurant is situated exactly opposite to the famous koay teow th'ng in Sungai Nibong, around 1 minute walk pass Kwong Wah Primary School. Few doors away from Sungai Nibong. (I actually went to the wrong side -- Sunshine Square thanks to Mr. Google Map) No directions were given, just the address. Anyway, in Yosenabe, you can either choose to have Teppanyaki (Japanese Grill) or steamboat shabu-shabu. They have a wide variety of steamboat ingredients for you to choose and most of them come in a set. Price ranging from Rm11.90 - Rm30+, depending on what are your orders. 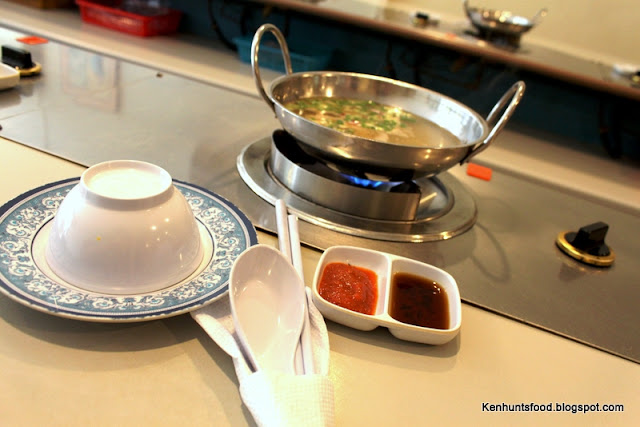 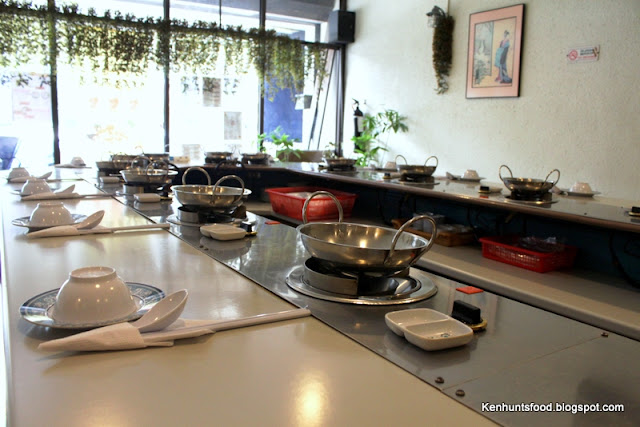 In Yosenabe, every single person gets a single cooking pot. The pot was rather small and was just nice for me, insufficient for those who drinks a lot of soup. We were given 2 types of sauce, soya sauce and their specially made chili sauce (sourish, something similar to those used in serving chicken rice) 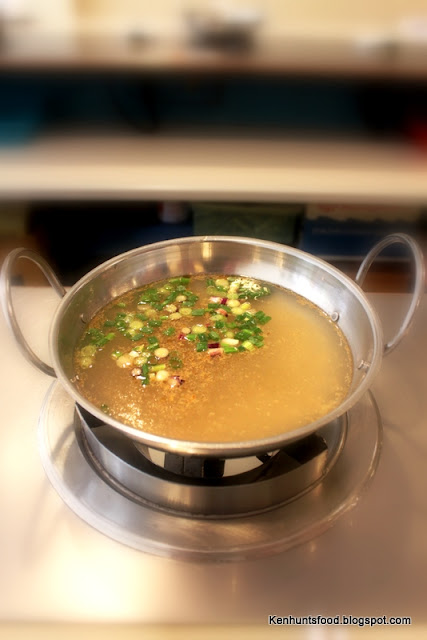 Clear soup version will be given unless you are paying Rm2 to switch to Tom Yum. As for me, their clear soup was good enough to satisfy me. You might find it a bit tasteless in the beginning, but after you've cooked all the ingredients, the soup will be very tasty and sweet. That's the magic part of having steamboat right ? 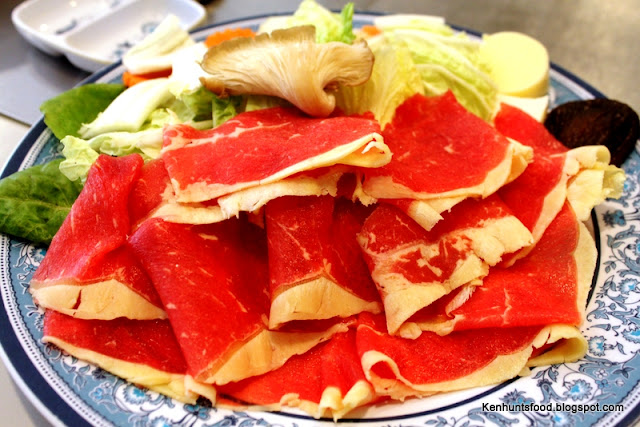 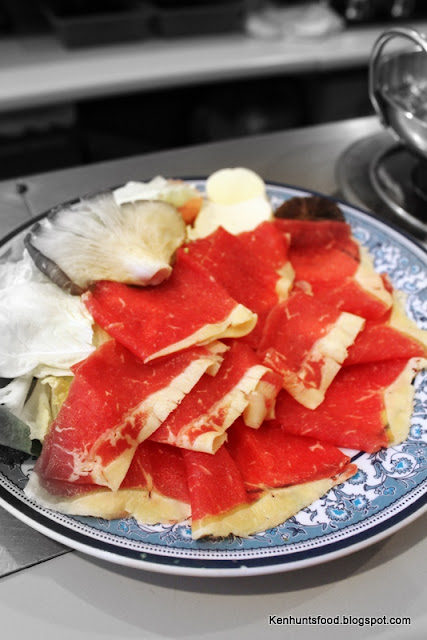 The New Zealand Beef Shabu-shabu Set. (promotional price - Rm8.70 on Groupon.my; usual price is Rm 15.90). They were not greedy in giving their beef slices, but the set was just insufficient since there was no rice nor noodles given. 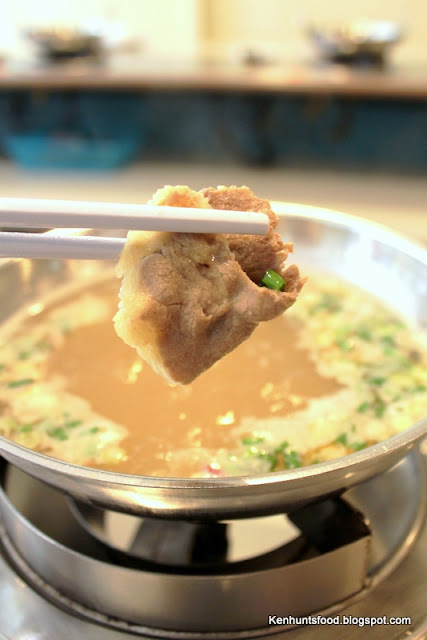 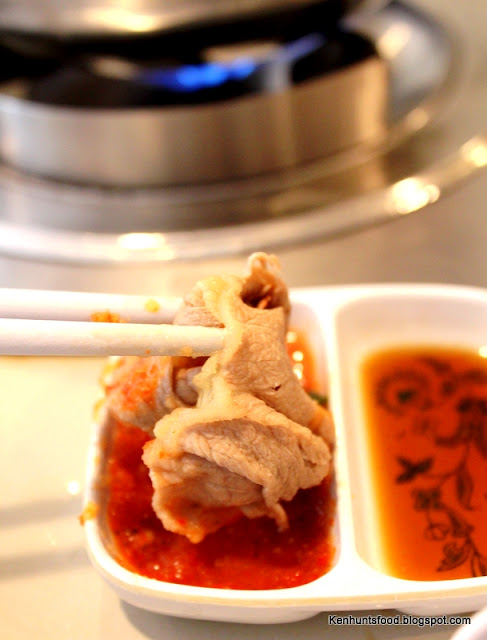 The beef was very fresh. The beef was also thinly sliced just to make sure you can obtain the perfect texture. The texture of the meat was very tender and juicy after a few seconds of cooking time. It surprises me that the beef and the chili sauce actually work together, it just brings out the flavor of the beef. 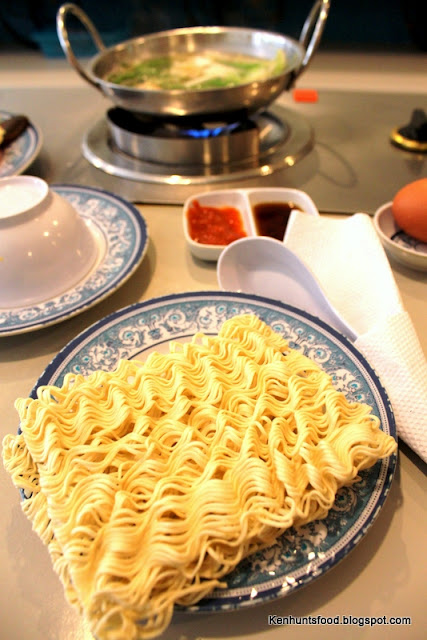 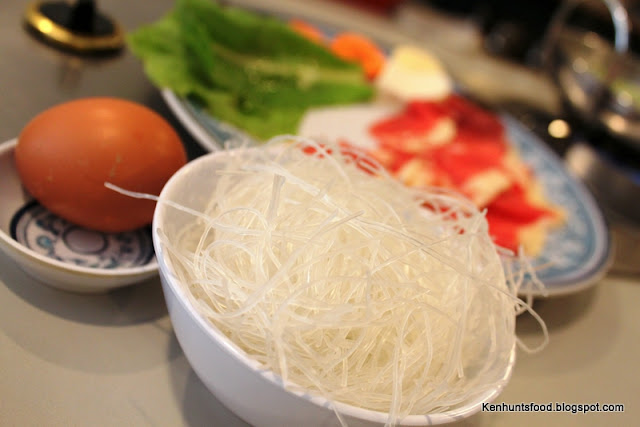 On top of the beef set (bought using online voucher), I also topped for some other stuff like instant noodles (Rm1.20) and a bowl of glass noodles (Rm1.20). 2 eggs (Rm 1 each) were added too. For those who have big appetite, I strongly recommend for the add-on. Their signature steamboat set will be their seafood boat (some fish balls and seafood serve in a boat) - Rm 13.90. 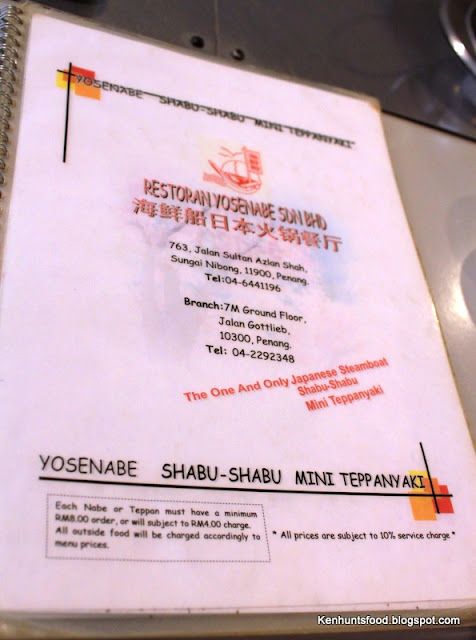 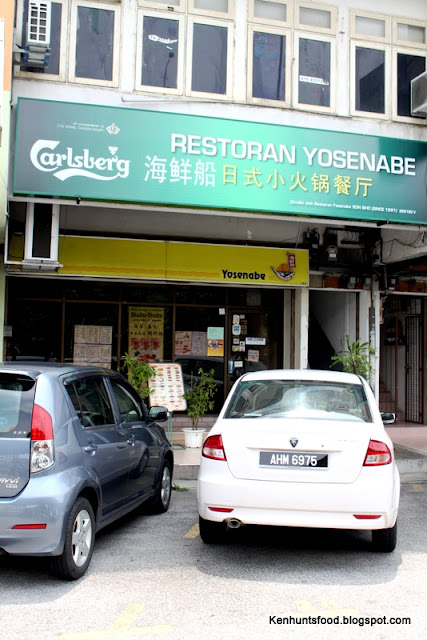