Had lunch in this coffee house and once again, i would like to complain that the parking there is terribad.....nearly fainted as they changed some of the parking routes....@.@.... anyway , i tried this so called coffee house few months ago in 1 of the outing with wei xen in BJ complex ,went again as my mom din try b4......and i was quite shocked that they changed their menu and had some quality control (i supposed) , the taste went greater than b4.....so here are some orders of the day : 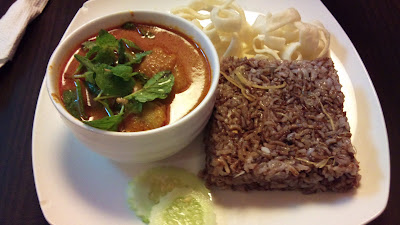 Nasi Dagang (rm9.30) , they called it donno wat east coast rice thingy in their menu......rice was kinda chewy , and the curry damn fragrant......works perfectly well with the rice and the keropok =D 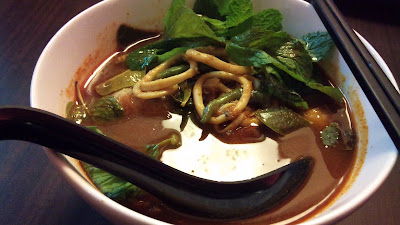 Tom Yam Seafood Noodles(rm8.80)......taste was superb.....seafood was quite fresh as well.....the sourish and spicy taste fused well in the soup......a pretty good tom yam i would say....serving was rather small though 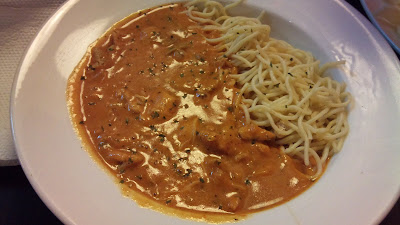 Chicken Bolognese Spaghetti (rm8.30).....the sauce was actually kinda 'cheesy'....i think they mixed quite a lot of cheese inside , pretty aromatic though.....pasta was decent but i would prefer more 'chewy' pasta.........=( My mom ordered a mi koh moi ( a kind of desert mixed with glutinuos rice and some coconut milk )some as well but her speed was too fast , cant manage to shoot the mi koh moi b4 she dig in >.<.....taste was quite good according to her .... 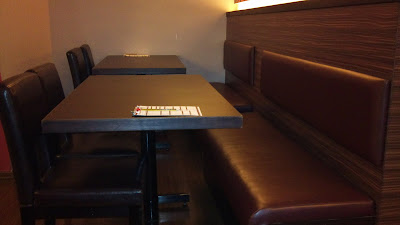 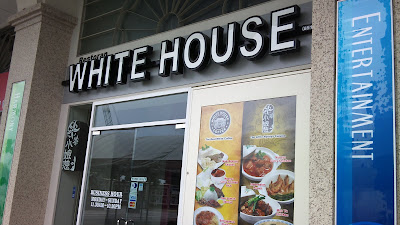 Their sits were rather packed together , i would have trouble if i gain like another 30 kg >.<.....not a good chatting place , as if u wanna tell some secrets (esp aunties), ppl sitting beside/behind u would eventually heard wat u said....=P anyway , bill totalled up rm32.90.....inclusive of 10% service charge
Labels: coffee, georgetown, local cuisine, Nyonya cuisine, seafood, shopping mall, times square, Tom yum, western cuisine