Had dinner at this restaurant.....this restaurant was so famous , it was like almost everyone from penang had visited this restaurant at least once.....and as usual , it was damn crowded....so in order to shoot some better quality photos , i decided to go there earlier =)....we reached at around 6.15pm.....but there were 7 tables ad =(....anyhow , still shoot quite a lot....they serve steamboat buffet where aside from ingredients for steamboat , they provide a wide variety of specialties that u can find in penang...... 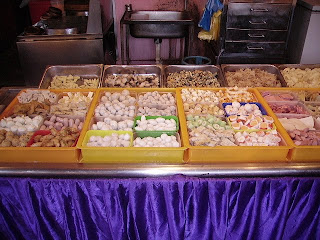 Some steamboat-ingredients....mostly are fish balls and seafood...there were some for the BBQ part as well ( pork , beef and chicken ) 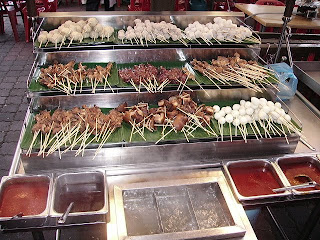 Its kinda weird that actually provide a lok lok stall in a steamboat restaurant , i mean like , lok lok and steamboat look alike in some ways .....food is being cooked in boiled water =( .....personally i thought this stall was an 'extra' or rather a lame thing to have there.... 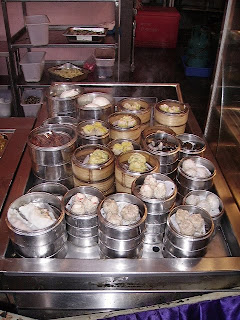 They have some 'dim sum' for customers to choose from also , customers can have some dim sum first while waiting the soup to boil =)....a very good strategy ei 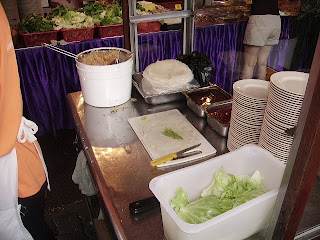 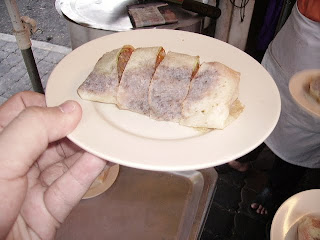 They are now serving poh piah as well =).....but of coz , don have high expectation on this....u might end up a huge disappointment XD 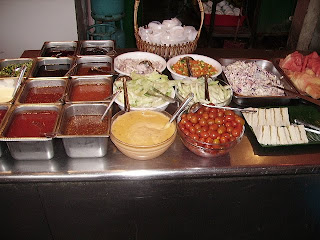 More than 8 kinds of sauces for u to choose from.....a salad bar beside those sauces also....but they were uncovered =(......so i dare not to try on that XD 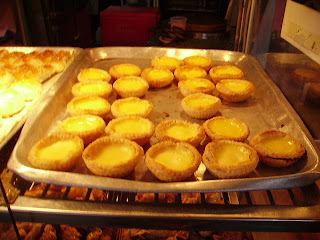 They have some hong-kong style dessert or rather fried-version of dim sum as well....i must say that their egg tart is 1 of the best in town....the fillings of the egg tarts are just superb...so fragrant and full of custard flavour......i just had 1 though....it would be too oily if u ate too much :S 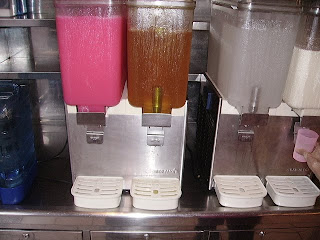 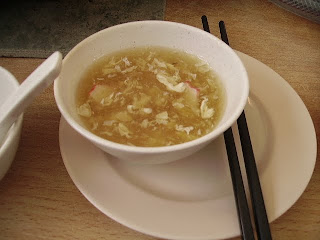 Their so called ' shark fin soup ' , the texture was nasty , feel like eating glue =( and its quite salty as well..... 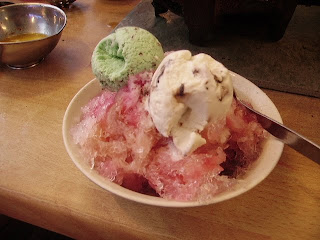 Ice kacang for dessert =)......u can scoop as much ice cream as u like as well.....ice cream is good but the ice kacang was just so so ......something went wrong with the texture of the ice..not smooth enough 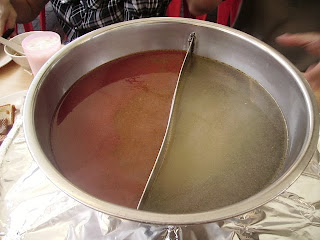 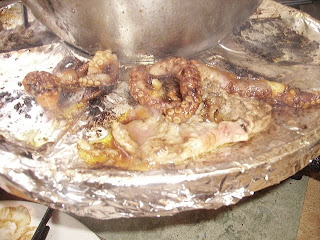 They offer 2 kinds of soup....tom yum and chicken stock 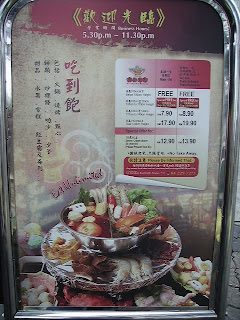 There will be a discount for senior citizen (aged above 55) which around rm13.90....whereas for adults are rm19.90....its extremely reasonable at this price for a buffet style meal.....its located on macalister road...just opposite UMNO building and beside lorong selamat.....try it out folks =)
Labels: dessert, dim sum, georgetown, seafood, steamboat